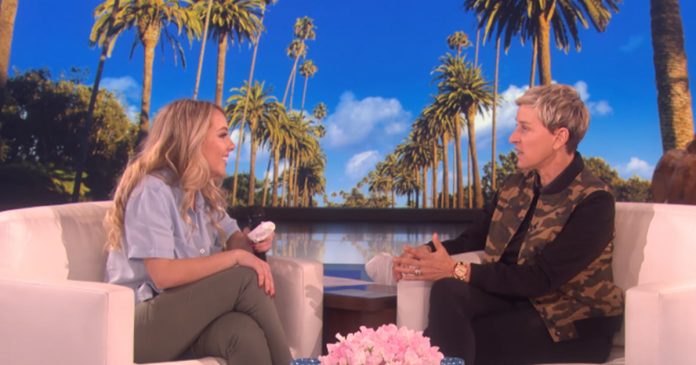 Maura Gonsalves is a superfan of the Ellen DeGeneres Show. Her boyfriend, Noah Copeland, who is an officer in the Navy was deployed over a year ago to a remote island somewhere in the region of the vast Indian Ocean.

The couple had moved to San Diego from Massachusetts and was in the midst of settling down when Copeland received orders saying that he would need to leave for service. They had only moved to San Diego five months prior to this call and did not have the time to make any friends as of then.

Scroll down to watch the heartwarming video below:

Gonsalves is such a big fan of Ellen’s that the one thing the couple did almost everyday  was to watch Ellen’s show together over FaceTime. Copeland was unsure of when he would return as it had been over a year so he decided to write to Ellen.

“My girlfriend, Maura, has got to be your biggest fan,” DeGeneres read from the letter on her show last week. “She watches your show every day, and I know that you’re the reason she’s been able to get through this deployment. I was supposed to come back at the end of January, but things keep getting pushed back, and now I’m not sure when I’m going to be home. Since I can’t be there with her, I know nothing would make her happier than getting to celebrate your birthday with you at your show.”

While Ellen was reading the letter, the unsuspecting Gonsalves was seated among the crowd and she started to shake from excitement when she realized what was going on. After finishing the letter, Ellen called her up on stage and that was when she could no longer hold back her emotions. She walked onto the stage and hugged Ellen as teas started to stream down her face because she could not believe this was happening. 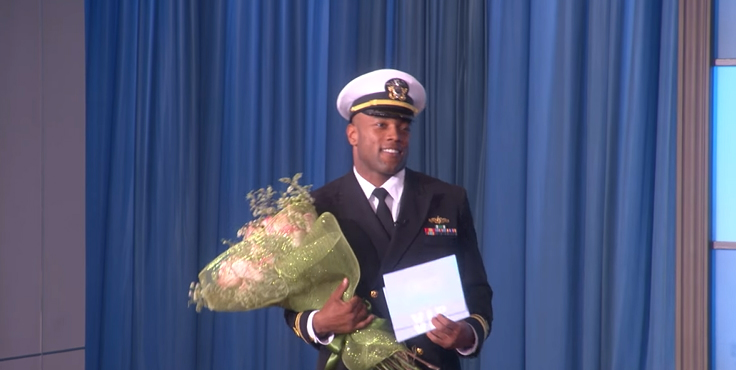 Ellen then proceeded to get to know her a bit better and promptly invited her to her 60th birthday show. This was not the pinnacle of the surprises though as Ellen had a few more things up her sleeves planned. Ellen decided that the person who would be most suited to present Gonsalves the tickets for the show was none other than Copeland! He walked up behind his girlfriend holding a bouquet of flowers and a pair of tickets.

Copeland and Gonsalves finally reunited after over a year

Gonsalves flung herself onto her boyfriend and the couple embraced each other. The surprises did not end there though.

The couple used FaceTime almost everyday to watch the show together

When the couple told Ellen that they had donated the money they saved for their trip to Puerto Rico to a charity to help the hurricane-devastated island, Ellen surprised them with a six-night stay in Hawaii!