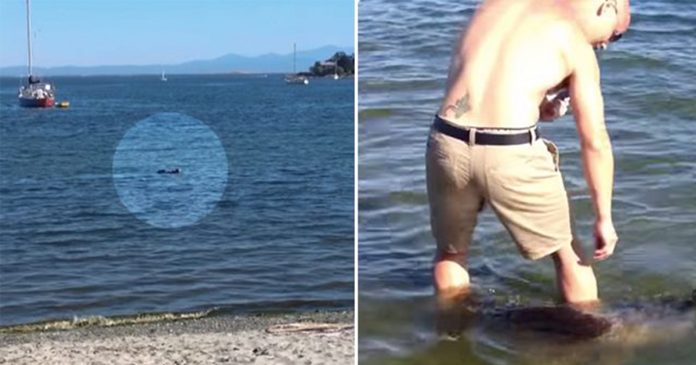 After footage of a very friendly sea otter approaching a man on a beach in Canada went viral, an expert warned that one should stay away from them due to the danger for both humans and the mammals.

In August 2014, a video of a wild sea otter making a beeline for a man standing in knee-deep water in Cadboro Bay Beach in Victoria, British Columbia, was uploaded to YouTube by Allison Moore.

In the three-and-a-half-minute-long clip, the sociable otter is seen playfully swimming around the man’s legs 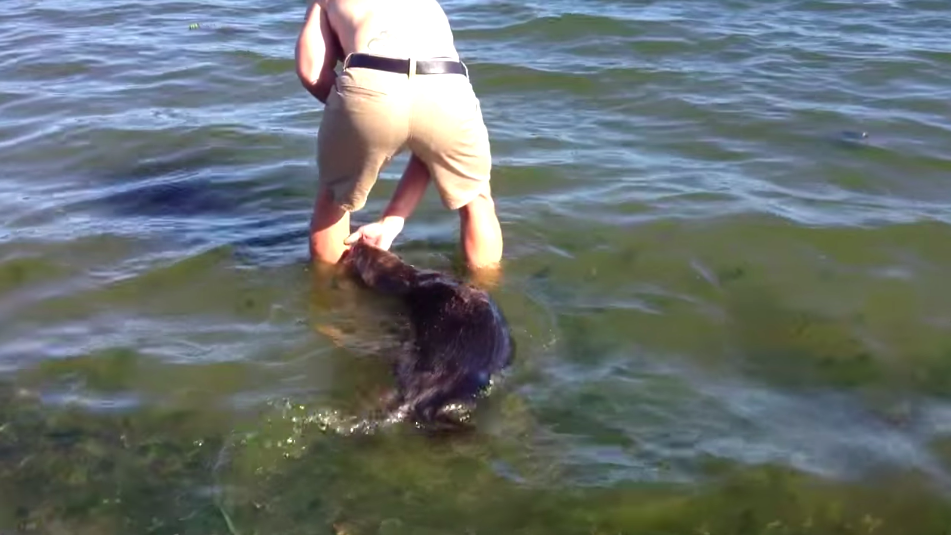 Not only that, but the curious critter was rubbing against the unidentified man, almost like how a cat would.

At one point, a beach-goer is heard asking if he’s biting 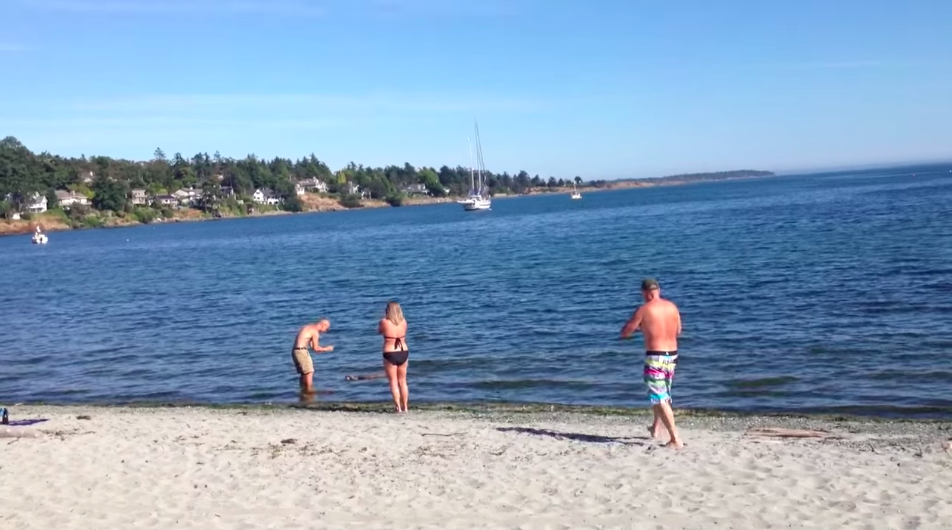 The guy says “No…,” then almost immediately, he lets out an “OUCH!” But, he seemed to be fine.

The close encounter was rare, according to locals.

“I’ve been a fisherman and a diver on southern Vancouver Island for 35 years, and I’ve never seen one here,” Allan Crow told Times Colonist.

“I had a hard time accepting what I was seeing, but that’s a sea otter. The currents are quick there, so it must have been separated from others” 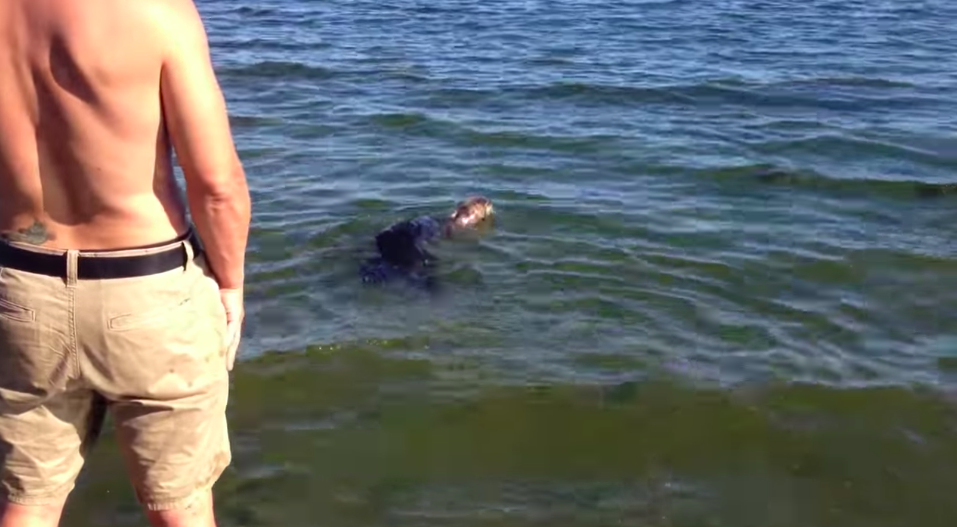 Tessa Danelesko, coordinator of the B.C. cetacean sightings network at the Vancouver Aquarium, said that humans should actually stay away from them.

“It is very important that people maintain a distance from marine mammals and back away if they approach you. This will encourage the sea otter to continue its natural activities,” she said.

“It’s a concern to see a sea otter get so close. They are typically very shy with boaters and people because of harvesting dangers” 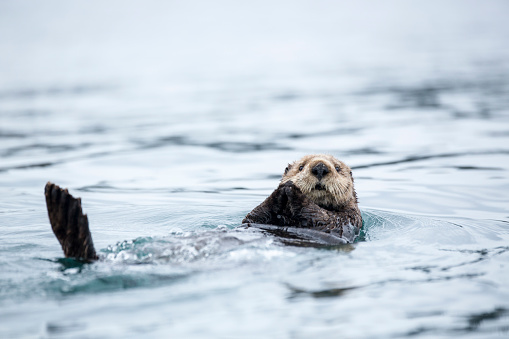 She added that according to the marine mammals’ guidelines, one should keep a distance of 100 meters.

“It’s dangerous for people and for the otters. If it becomes a nuisance, fisheries could be forced to relocate it or kill it,” she said 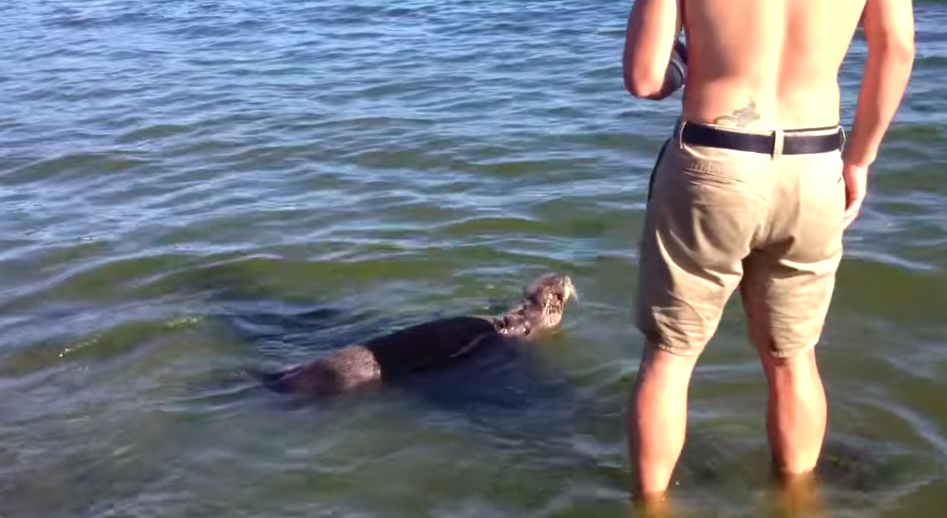 Danelesko also told Metro News that one would not want to be bitten by any animal, especially a sea otter.

“They naturally eat foods that are very hard and crunchy, like shellfish or urchins, so they particularly have very impressive teeth that I wouldn’t want to get anywhere near,” she explained.

Nevertheless, this guy seems to be okay with the unusual encounter, and with over 3 million views, many netizens seem to have enjoyed his experience too.

One YouTube user wrote, “Otters are curious creatures, but this one takes the prize for bravest and friendliest!” 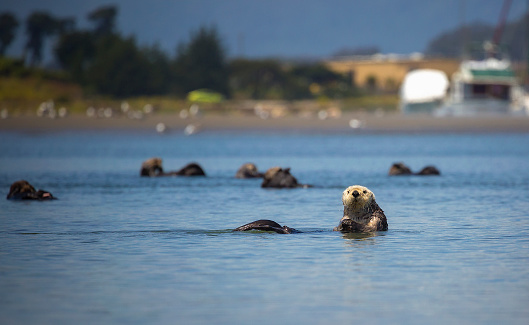 But yes, best to listen to the experts and stay clear of otters if they approach—no matter how cute!

Watch the rare encounter below: