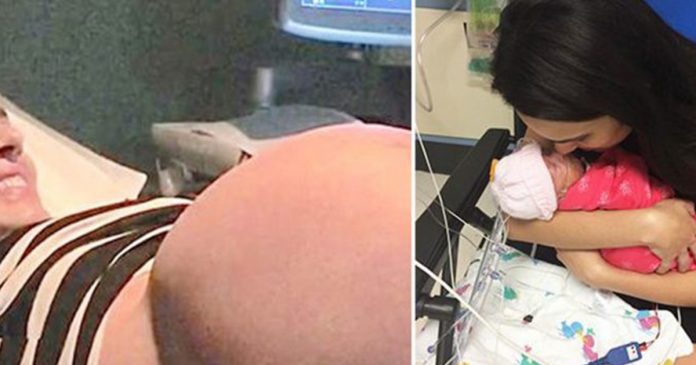 Just when a couple was overjoyed to learn they had quadruplets on the way, doctors told them devastating news at 27 weeks into the pregnancy. They were told to make a decision to let one baby die or risk the lives of all four with a 40 percent chance of survival.

When Ivanna Cardenas and her husband, David Gutierrez, learned they were expecting a child, they were overjoyed.

At Cardenas’s first pregnancy ultrasound, doctors told them they had twins, but soon the doctor told them it wasn’t twins, but triplets

“We believed for five minutes that it was triplets. And then he kept moving the thing and then he said there’s quads. And then we started crying and everybody started yelling,” Gutierrez told CBS. “I thought they were trying to prank me.”

The couple had not used fertility treatments

The best part Of the day is when we all cuddle ????? #happy #family #love #quads #quadruplets #6months @davidgumont

It’s rare to conceive quadruplets naturally, with only one set being born out of 700,000 births. Although the expecting parents felt it was a blessing to have quadruplets, they also knew the pregnancy would be high risk.

When Cardenas was at 27 weeks into her pregnancy, the doctor at Jackson Memorial Hospital in Miami found one of the babies seemed to be dying. He asked the couple to make a choice—either continue with the pregnancy and let the baby die in the mom’s belly, or undergo an emergency C-section right away.

“One of the babies is not receiving enough oxygen through the placenta,” Cardenas recalled what the doctor told her. “You need to make the decision right now if you want to keep going with the pregnancy and one of the babies will die in your belly or go ahead and take them out.”

Without hesitation, the parents agreed to deliver the quadruplets at once, even though it meant that they only had a 40 percent chance of survival

After the four babies were born, they were whisked off to the NICU.

But baby Gabriel, the one who wasn’t receiving enough oxygen, was born at just 1 pound 3 ounces (approx. 539 grams), and was having seizures. Worst of all, his oxygen levels kept dropping.

Doctors told the new mom and dad to prepare for the worst.

“He was dying. He started, his color change. He was starting to get white. They told us, we’re going to open the incubator so you can say your last words to him and say goodbye,” said Cardenas 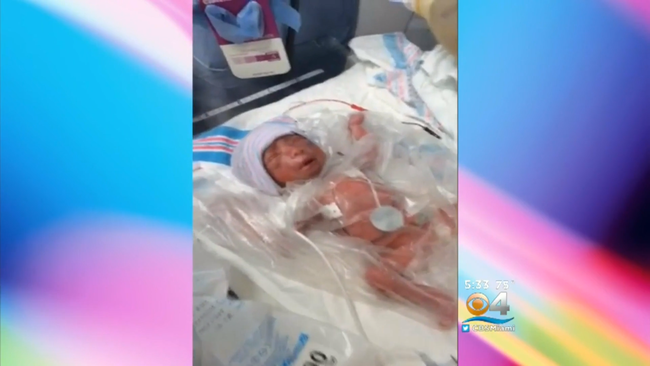 However, one could say a miracle occurred. With no specific medical explanation provided, Gabriel’s oxygen levels went up and he gradually started to gain weight. Then he was able to go home after spending his first 140 days in the NICU.

“He’s a miracle baby. They all are, but he’s a fighter,” Cardenas said

The adorable quadruplets, Julian, Sebastian, Francesca, and Gabriel are now 3 years old, and are all happy and healthy children