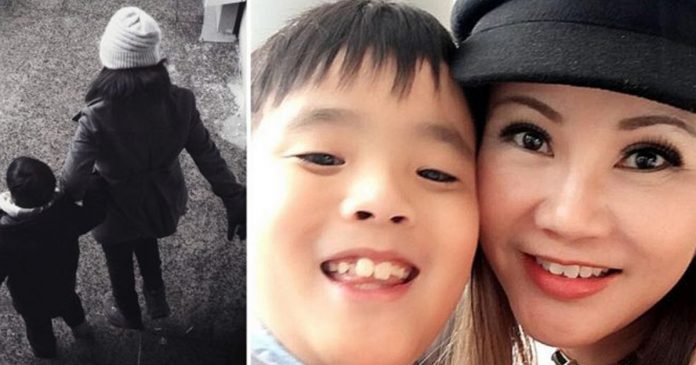 Once, he said to his mother, Doreen Kho that he loved to draw comics because “…my comic will make people smile and laugh.” Little did Ms. Kho know that her son was suffering from acute depression.

Evan was found dead after he jumped off the 16th floor of a condominium in Central Singapore last November. He had suffered from depression and was often in tears.

According to Ms. Kho, doctor said that his depression might have been caused by genetics 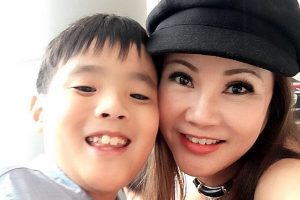 Following Evan’s suicide, Ms. Kho decided to go public with her story. She also told about her son’s depression and how Evan’s death took a toll on her life.

Ms. Kho is a very successful woman. She managed to become one of the top entrepreneurs in Singapore after securing the Singapore franchise for famous Korean cosmetic and skincare business, The Face Shop in the mid-2000s.

In spite of her disadvantage family background in which she has been forced to shoulder heavy responsibilities from a very young age, she went on to become the brand’s chief executive and built more than 20 franchise stores in less than 10 years. Three years ago, she sold the chain along with two other skincare ventures, Belif and VDL to South Korean conglomerate, LG.

“I don’t want him to have died in vain. I want to justify his life, it was too short,” Ms. Kho said when she decided to tell the public about her son’s departure in ‘It Changed My Life’ series which was published on The Sunday Times.

“I want people to be aware of depression, which is still a stigma. I want them to know it is nothing to be ashamed of because depression is as much an illness as cancer… I hope by talking about Evan’s death, more people can be saved.”

A day before his suicide, Evan texted Ms. Kho to tell her that his maths results were not good.

However, Ms. Kho did not notice anything unusual from his text. “I told him to try harder as it was his PSLE the following year. We ended the conversation with the usual ‘I love you’ and ‘I miss you’. Everything seemed normal,” she recalls.

The day he took his life, Evan told her that there was no school. He later on confessed that something was stressing him out at school when he was told to tell the truth. The boy then left the apartment and told their helper that he would wait for Ms. Kho at the ground floor of the condominium so that she could take him to school.

As soon as he closed the entrance door, Ms. Kho felt anxious about Evan to which she later asked the helper to get him back to the apartment. However, Evan was nowhere to be found.

Ms. Kho recalls how she quickly panicked when they could not find Evan, even after searching for him around the apartment and called out his name. Later, she encountered her worst nightmare when her daughter screamed: “Mommy, oh my God.”

Evan’s lifeless body lying on the ground was what she saw before her eyes.

As someone who is also struggling with depression, Ms. Kho noticed how Evan started to manifest symptoms of depression. She noticed that he continued to gain weight, become defensive and take things too seriously. Evan was also extremely sensitive and cried often.

The 43-year-old mother revealed that Evan once wrote a letter to her. “Once he wrote me a note which said: “Help me, Mommy. I’m very lonely.”

Yet, her friends told her that his behaviour might be due to him going through puberty. Nevertheless, she followed her instincts and took Evan to see a psychiatrist who later confirmed that Evan had depression and also suspected that the boy had Asperger’s Syndrome.

Subsequently, Evan was put on medication. Ms. Kho says: “We made a promise to take our medication together. I told him we would get well together.”

Evan never forgot to take his medicine although he once asked her: “Doesn’t this mean false happiness?”

She recalls: “He said it wasn’t real happiness. But I told him we had to try.”

Back in 2006, Ms. Kho gave birth to Evan, 10 years after she got married. It was a difficult pregnancy and she had many complications from the pregnancy including a bloated kidney. At just 24 weeks, her water bag leaked.

“The doctor told me if I gave birth then, my child would be dead. It was too early,” recalls Ms. Kho, who was then put under observation. “I remember having meetings in the delivery suite because I had more than 10 outlets by then.”

Three weeks later, Evan was born. His extremely premature birth caused him to be detained in an ICU for a month and the high dependency ward for another month.

“I didn’t even get to hold him. I heard the doctor say ’10 fingers and 10 toes’ and they just pushed him into the intensive care unit. His lungs were in danger of collapsing and the doctor warned that he might have problems with his hearing, speech, and sight.”

Fortunately, Evan could make it. “He was a fighter. When he came home, we were all so happy.”

He grew up being adored not just by the family but to The Face Shop as well. She also described him as an affectionate and precocious child.

The ‘It Changed My Life’ article revealed Ms. Kho’s atypical childhood. She shared her home with her paternal grandmother, aunt, and uncle. Her uncle suffered from lupus and never left his room during the day for more than 10 years because he thought that his disease was contagious.

On the other hand, her aunt suffered from meningitis and became intellectually disabled as a result. However, her suffering did not end there.

When she was 14, her mother died of stomach cancer, leaving her with her stern and aloof father who was depressed. She recalled seeing him sitting alone in a living room, quitely sobbing with a towel over his head.

Due to her traumatic childhood and heavy responsibilities, Ms. Kho was later diagnosed with depression.

Currently, Ms. Kho’s priority is to keep her three other children safe. Her second child who is seeing counselor, has shown signs of insecurity and sometimes, wake up from nightmares crying: “Gor gor (big brother), please come back.”

Ms Kho says: “What I took for granted, I don’t anymore. I was with Evan that morning, and just like that, he was gone. Now, every hour, every minute with my children counts.”