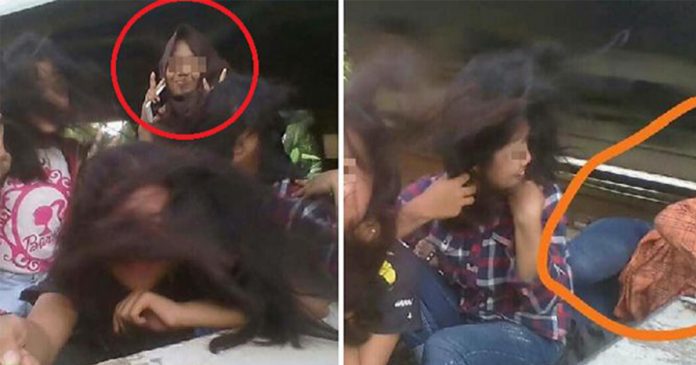 Taking pictures using smartphones is just part and parcel of people’s lives nowadays. With the advent of smartphones with powerful in-built cameras, people can take high quality photos without having to bring around a separate device. Sometimes people are not fully aware of their surroundings when they take ‘selfies’ or ‘wefies’.

According to Oriental Daily, an Indonesian teenager was severely injured when her group of friends decided to take a group picture using a selfie stick in beside a moving train. She posed at the back of the photo and she was nearest to the train. 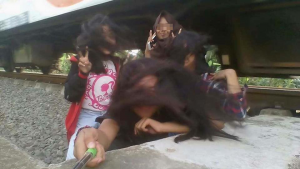 All of a sudden a train was came and passed behind the group and Hayati, who was nearest to the high speed vehicle, was seen to have been thrown several meters away from her original location. 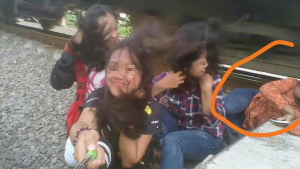 The fast-paced train had hit the teenager’s head with powerful force which caused Hayati’s head to bleed. Her friends had panicked when they saw the blood and immediately reached out for help by contacting medical authorities.

Paramedics and bystanders came to help the teenager 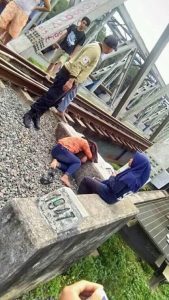 Hayati was immediately taken to the hospital for emergency treatment. She had to undergo surgery in order to stop her from bleeding to death. Hayati was reported to have been in stable condition but was kept in the Intensive Care Unit (ICU) to be monitored.

She was rushed to the hospital for emergency treatment 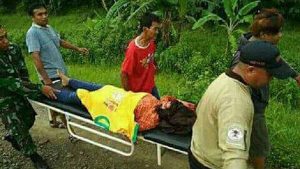 The group photo which depicted the incident have since gone viral on social media platforms. The girls received an exceptional amount of negative comments from netizens.

Naturally, what they did was extremely unsafe. Railways are prohibited areas for good reason amd that is to ensure the public’s safety. There have been many cases such as this where people risk their lives in order to take extraordinary pictures.

We can all learn a thing or two from Hayati’s incident and that is to always be vigilant of our surroundings.