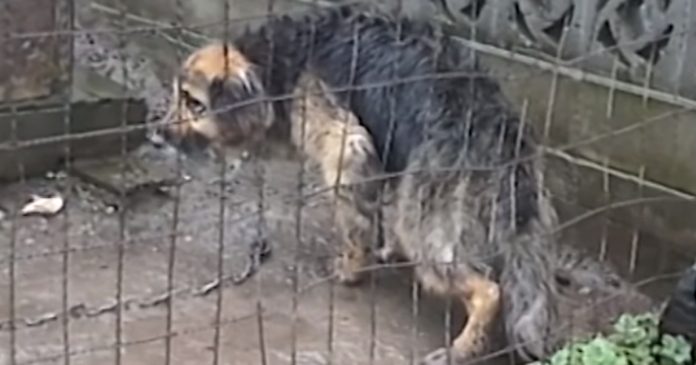 A pitiable dog in Canada had been chained up by her owners for a decade, and she had been severely neglected. Not only was she abused, but she suffered outside in the cold, and was starving. Neighbors who became aware of the dog’s mistreatment were concerned, and one day, a distraught neighbor decided to take action.

The dog had been chained up outside her British Columbia home for 10 years, and her neighbors could not endure it anymore.

On a cold, dark, and snowy night, one of her neighbors called Animal Advocates Society of BC (AAS) to rescue the dog

The dog was in a terrible condition when AAS arrived. Covered with dirt on her thick fur, the dog was lying in the frozen mud in her own feces. She lived outside and was deprived of a warm blanket, a bone, toys, and often went starving without food and water.

The old dog had been enduring the wind, rain, snow, and sleet 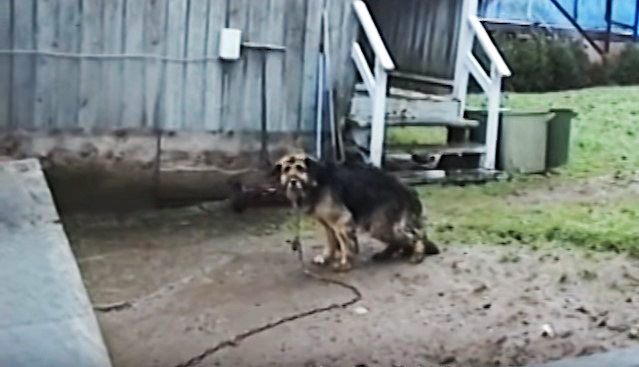 She was also abused by her owners who urinated on her from the porch.

The neighbors claimed they had tried calling the British Columbia Society for the Prevention of Cruelty to Animals (BC SPCA) many times over the course of a decade, but said no one was ever dispatched, as reported by Wide Open Pets.

It was only when one of them decided to contact the AAS for help that help finally arrived.

The AAS immediately went to the dog’s place, documented her miserable condition, and rescued her from her cruel and abusive owners 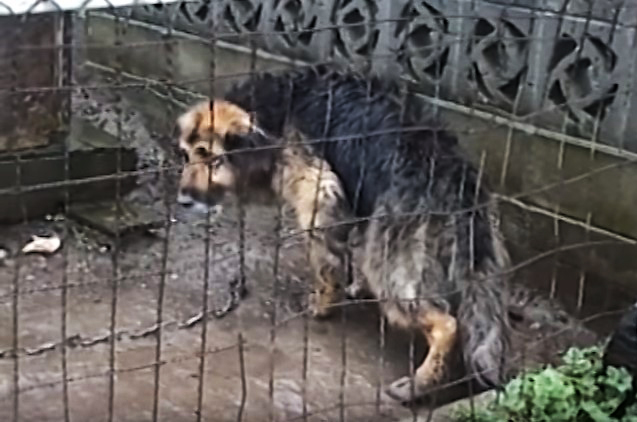 After taking her back, the AAS renamed the dog Judith. She was called Judas by her previous owners. She was found emaciated, dehydrated, and was almost unable to walk because of her injured hips. Volunteers helped shave off her heavy mats of wet fur.

After getting rid of the tangled fur, she could finally wag her tail once again.

She was happy under her rescuers’ good care and enjoyed being the center of attention, which she may not have ever experienced in her life 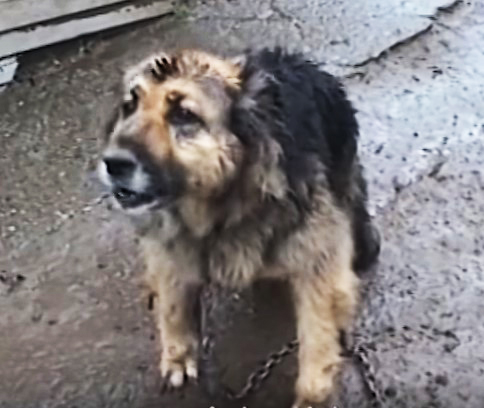 Judith was soon adopted by a loving couple, Mike and Elisa. With the help of a donated cart, she was able to walk around by herself, despite her injured hips.

Her new owners took her everywhere, including on camping trips 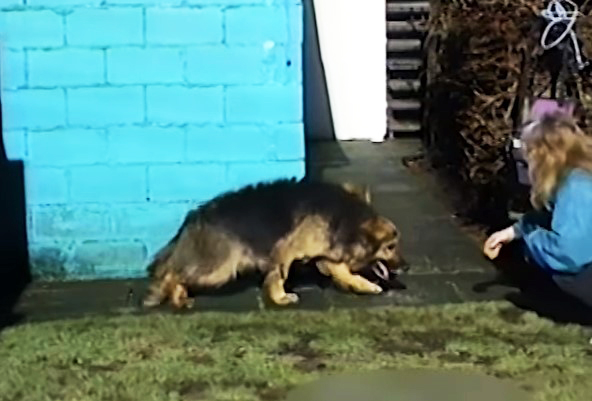 There was a cottage they visited, and Judith enjoyed chasing squirrels, thanks to her trusty wheels. In the lake, she didn’t even need the cart, and was able to play around in the water happily.

Wherever Judith was taken, people wanted to know her story, and she was often the center of attention.

Under immense love and care, Judith enjoyed her last 18 months 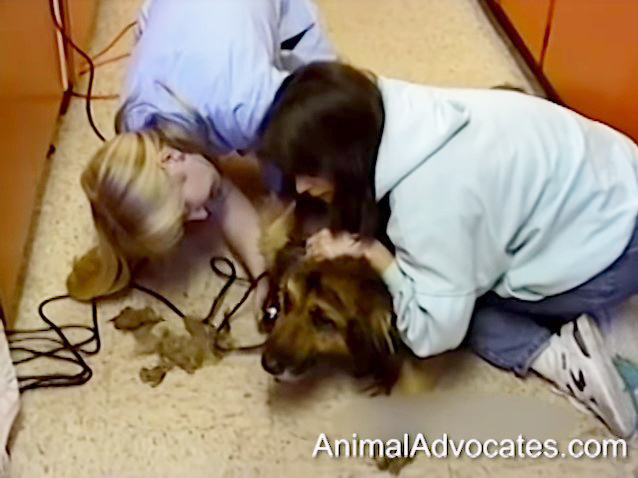 She passed away in peace after some wonderful times filled with fun, warmth, and love.