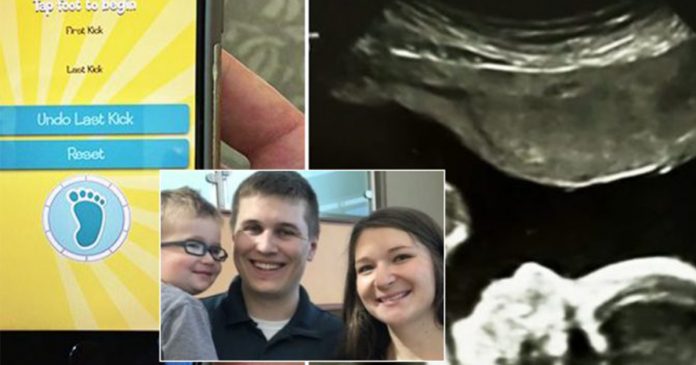 A mom in Iowa couldn’t emphasize enough the importance of counting her unborn baby’s kicks using an app. She says it saved her baby’s life.

When Emily Eekhoff, of Waukee, hit the 28-week mark in her second pregnancy, she started using an app called “Count the Kicks” to monitor her baby’s movements, just like how she did for her first pregnancy.

She claims the app ultimately saved her baby’s life. “We could have been grieving instead of having a healthy baby,” she told InsideEdition.

“I knew that the movement was important,” she told TODAY.

“It indicated that the baby was alive and doing well, so it was reassuring to know that everything was OK when I reached the 10 several times a day. It was peace of mind”

However, when she was 33 weeks pregnant, the movements lessened.

Eekhoff quickly went to the hospital, where she underwent an emergency C-section

When her daughter, Ruby, was born, doctors saw that the umbilical cord had wrapped around her neck three times

“It’s very possible that this baby was not going to make it much longer,” Neil Mandsager, a medical director of the Perinatal Center of Iowa at Mercy, told ABC News

Thank you @scarymommy for telling Ruby’s story and sharing information about the app. We want counting kicks to become universal knowledge, just like taking prenatal vitamins. The app is a FREE tool that allows expectant parents to monitor their baby’s movements, record kick counting history, set a daily text or calendar reminder, count for twins and is available in English and Spanish. #CountTheKicks #Save6000Babies http://ow.ly/l8xR30cSnNG

“The app helped me to know her patterns of movement so when the pattern changed, I knew something was wrong, which did save her life,” Eekhoff said

The Count the Kicks app is helping save babies! Do you know someone who is pregnant? Make sure to tell them about our FREE app, available in Google Play and iTunes online stores. The app allows expectant moms to monitor their baby’s movements, record kick counting history, set a daily text or calendar reminder, count for twins and is available in English and Spanish. Tell every pregnant mom you know. #CountTheKicks #Save6000Babies http://ow.ly/c3Oo30cCkVk

“Because I might have waited longer had I not known her patterns or been using the app, and that could’ve been too late.”

Excited to share the story of baby Ruby and how the Count the Kicks app helped save her — tomorrow morning on @goodmorningamerica We feel humble and grateful for the exposure. #CounttheKicks #save6000babies

Using her own experience, Eekhoff hoped that other pregnant moms would also pay close attention to their bodies.

“They need to just be aware of their body and their baby and notice and so that when things change that they can go and get help sooner rather than later,” she said

Watch @goodmorningamerica in 27 minutes to catch the story of baby Ruby and how Count the Kicks helped save her. 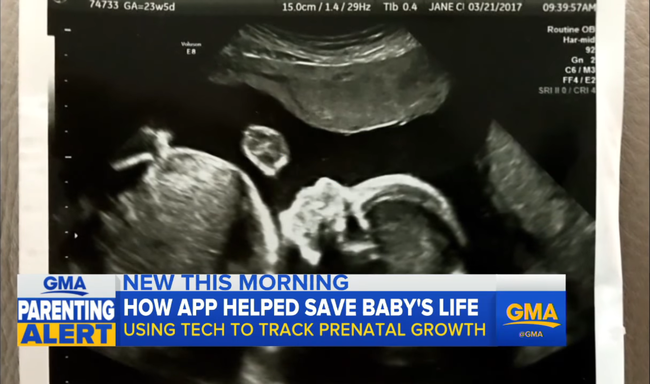 They hope the app can help prevent unnecessary loss of life, which it obviously did in this case.

Emily Price, the executive director of the app, said the app had decreased the stillborn rate in Iowa to 26 percent.

“It’s a life-saving tool [mothers] can get in the palm of their hands,” Price said. “We would like to get it in all 50 states.”