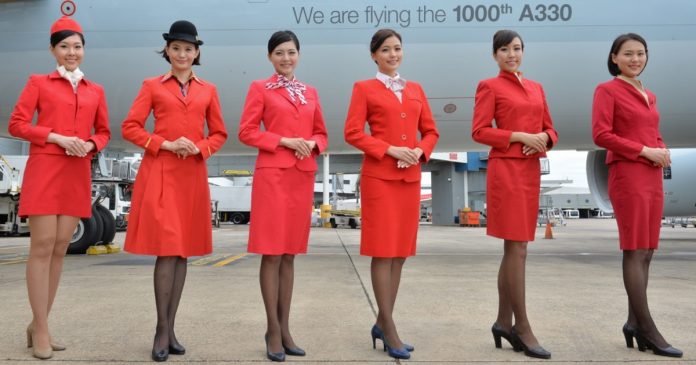 The trends of flight attendant uniforms is ever changing as their outfits have evolved through the years. It has now become blatantly apparent that airlines from around the world are redesigning and upgrading the uniforms of their flight attendants.

Not only do they employ big names in the fashion industry to compose beautiful pieces for their flight staff, they also take into account the utilitarian aspect of their attire to ensure comfort during long flights.

Here are the Top 10 airlines with the most beautiful air stewardess with exquisite uniform that will make you want to fly with them: 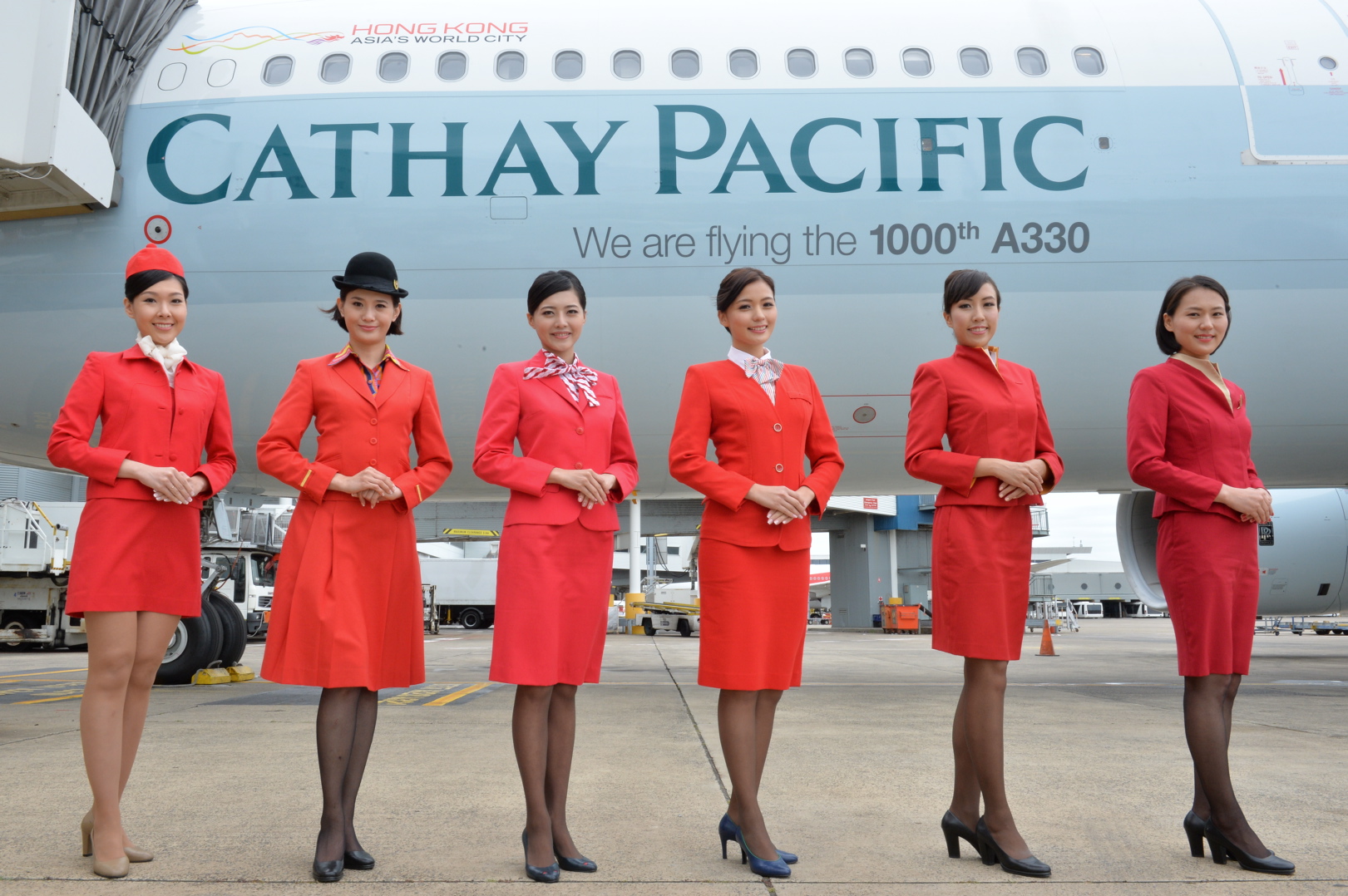 Known for having one of the best service in the airline industry, this Hong Kong-based airline also has their flight attendants wearing dazzling red uniforms.

Instead of employing full-fledged models, this airline chose to hire men and women who fit their staff profile. They spend a good amount of resources training their flight staff to ensure they are able to tend to their customers needs. 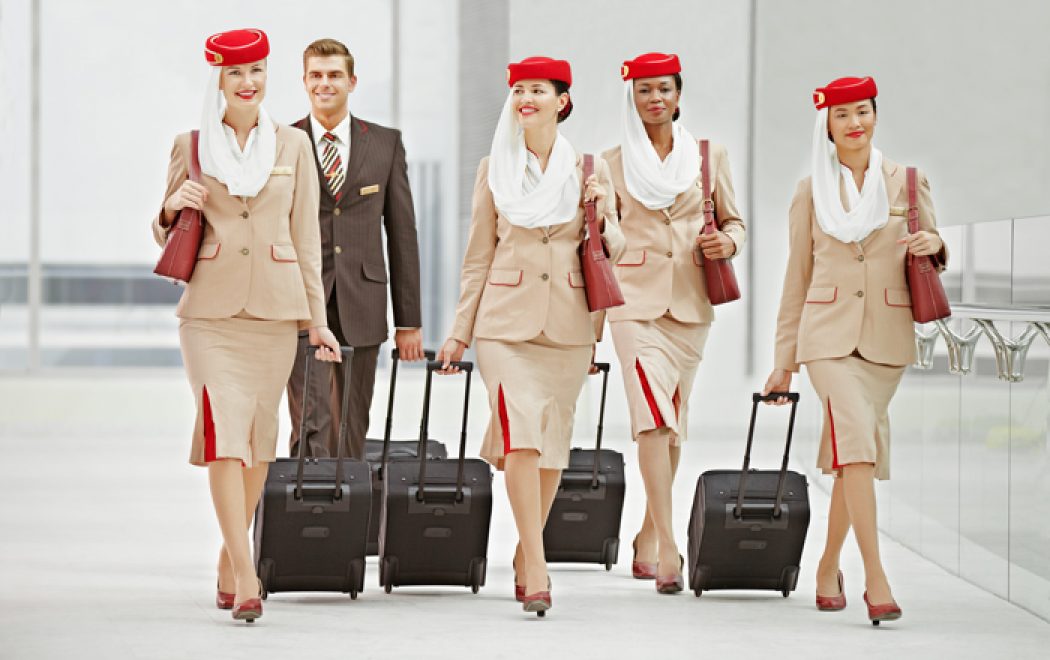 The uniforms of the Emirates cabin crew is one of the most recognizable out of all the different airlines. One can instantly recognize their light brown outfits and signature red hat and scarf paired with red leather heels and handbags.

They introduced this now iconic new design in August 2008 and it was designed by Simon Jersey. Their uniforms have become the epitome of elegance in the skies. 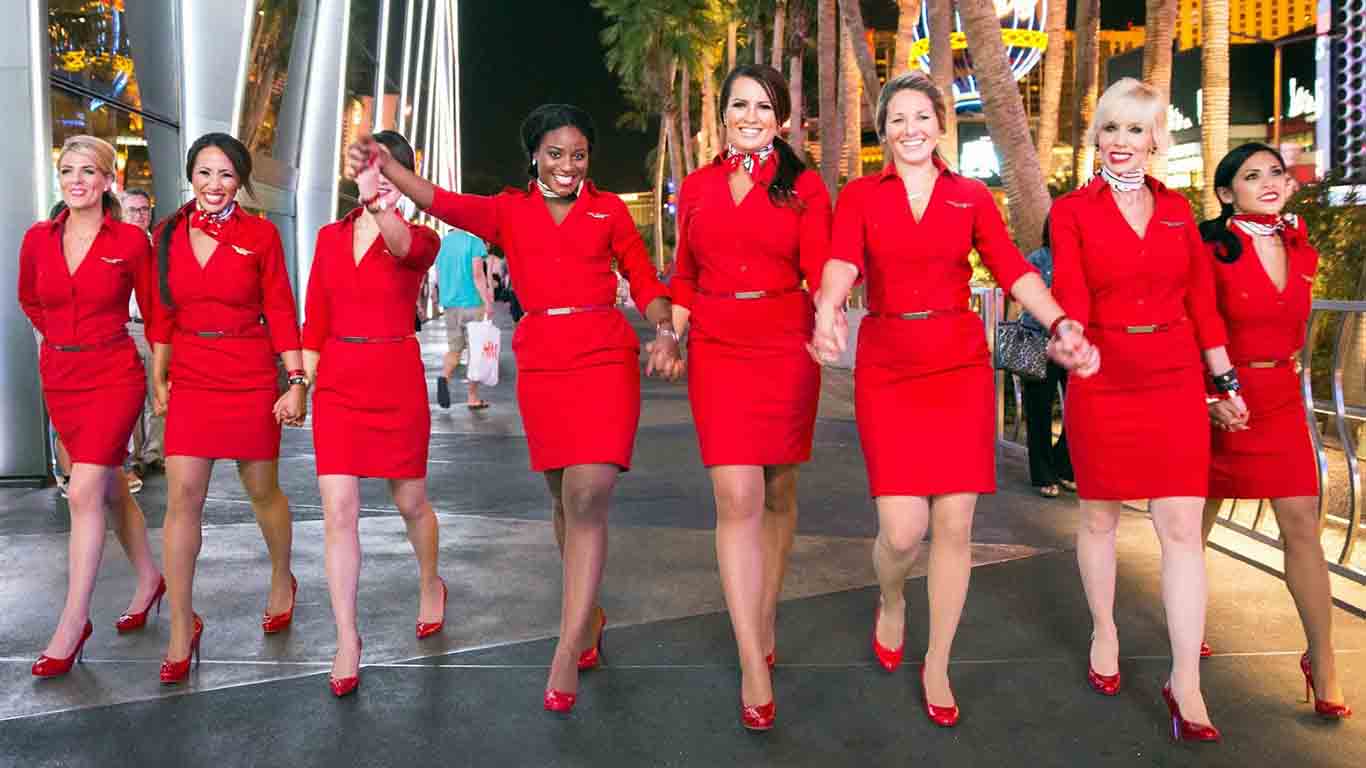 Virgin Atlantic s a British airline with its head office in Crawley, United Kingdom. The flight attendants of the Virgin Atlantic crew sport high-collared blouses and pencil skirts with silk neckties. You can spot their fleet from a mile away as their uniforms are the color of the airlines signature ‘virgin red’.

“My clothes have always got a very strong dynamic rapport with the body – they are very body conscious, they help you to look glamorous, more hourglass, more woman,” said designer Vivienne Westwood. 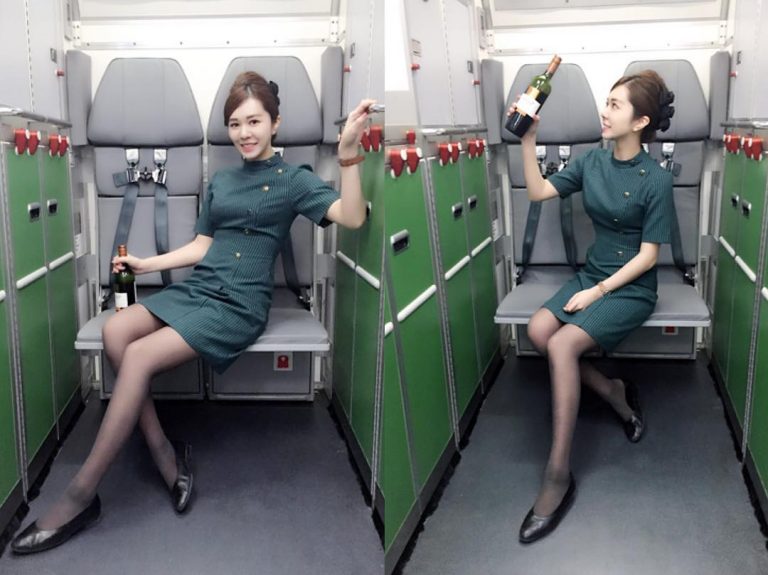 EVA Air is a Taiwanese international airline based at Taoyuan International Airport near Taipei, Taiwan. The airline recently unveiled their third-generation uniform which was designed by fashion house Shiatzy Chen.

Their flight attendants sport a sophisticated uniform featuring dark green dresses with cropped jackets. The silhouette of which is meant to complement the attendants figure, making them look delicate and well put together. 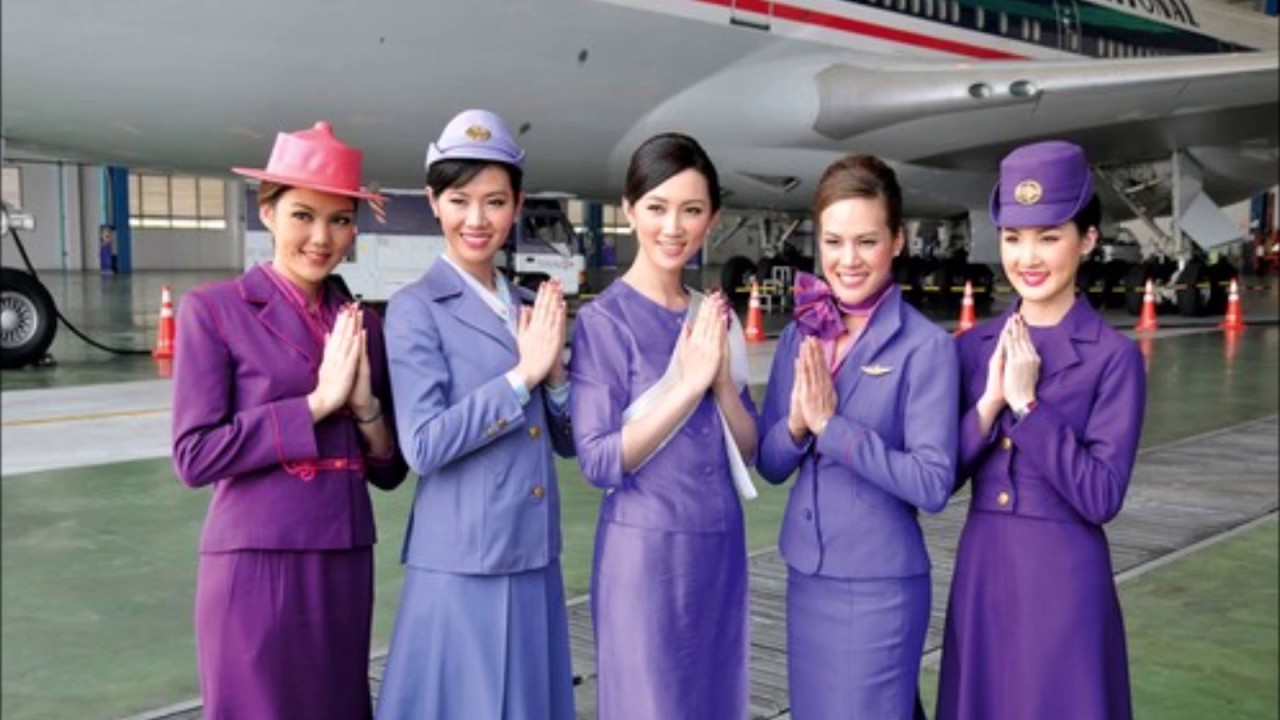 The stewardesses of Thai Airways don an alluring purple ensemble which ties into the overall image of the brand.

It is interesting to note that Thai Airways is one of the few airlines with an in-flight uniform change policy. Female flight attendants on international routes are required to change into traditional Thai dresses before passengers board the flight. 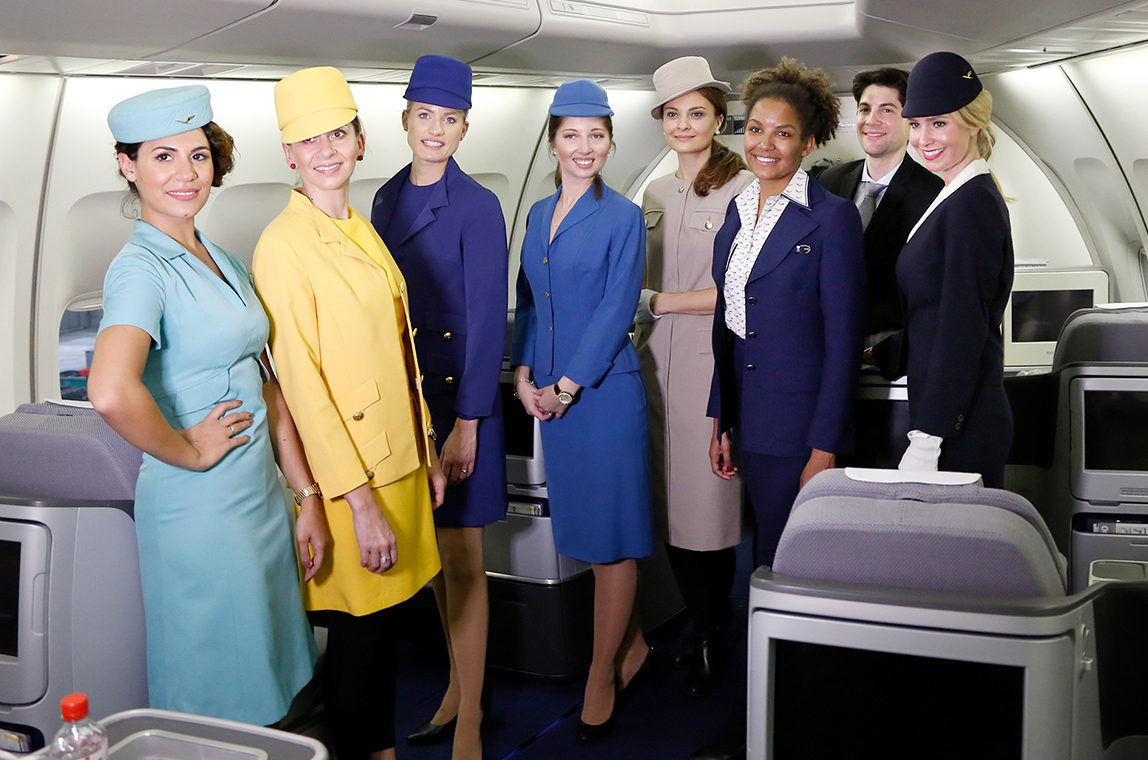 Lufthansa is the largest German airline and it is one of the most popular airlines in Europe. They are known to provide exceptional service and feature beautiful flight attendants which make long flights a little bit more bearable.

Their crew is made up of friendly staff which come from a wide array of ethnicities and they are known for providing top-of-the-class service. 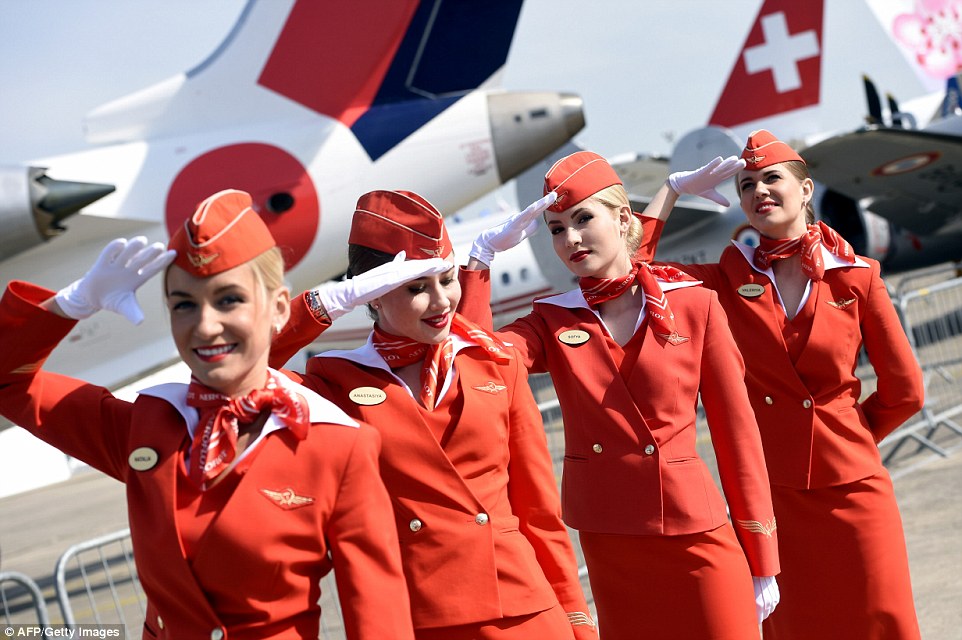 Aeroflot is the flag carrier and largest airline of the Russian Federation. The airline features dazzling stewardesses in striking red-orange uniforms. It is one of the oldest airlines in the world as it traces its history back to 1923.

The new livery and uniforms for flight attendants were designed in Russia by Bunakova and Khokhlov and it was introduced in 2010. 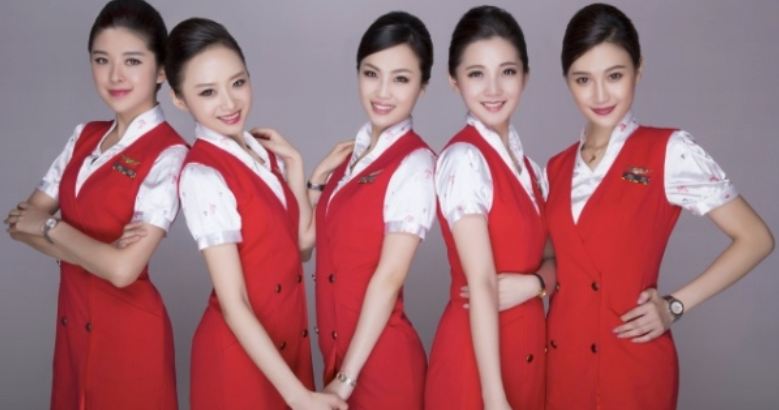 The Shenzhen Airline is headquartered in Shenzhen Bao’an International Airport and is one of the two Chinese airlines that is part of the global airline network.

These petite and alluring women are fitted in exquisite red uniforms which are meant to prioritize comfort while being exceptionally stylish. Liu Miaomiao who is one of the flight attendants of this airline, has been recognized and rated as one of the most beautiful flight attendants according to the World Air Stewardess Association in 2015. 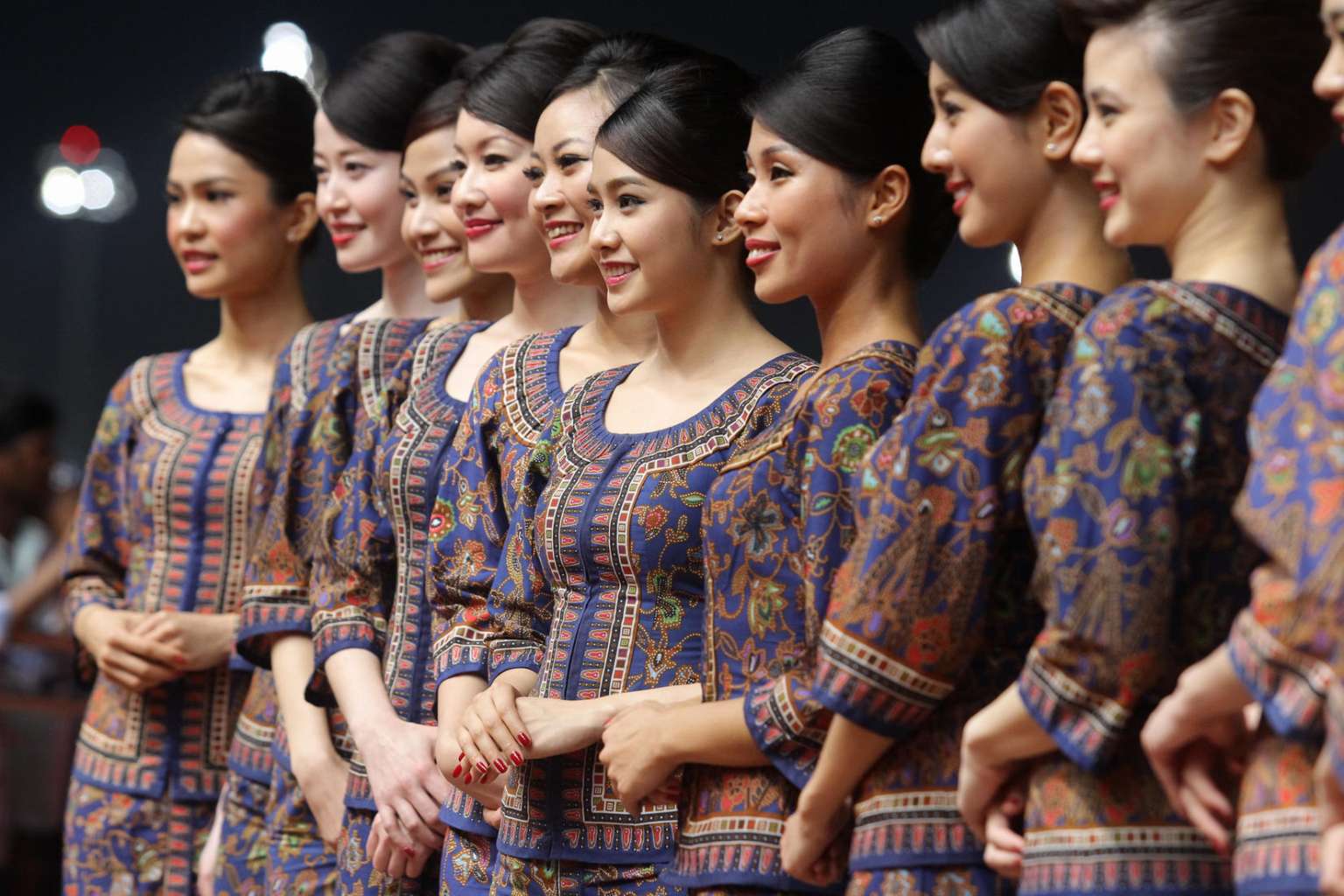 Their signature ‘Singapore Girl’ look serves as a constant visual reminder of their brand. Their flight attendants are dressed in the distinctive sarong kebaya uniform which they have used since 1972. Not only are these stewardesses gorgeous, they also provide first-class service. 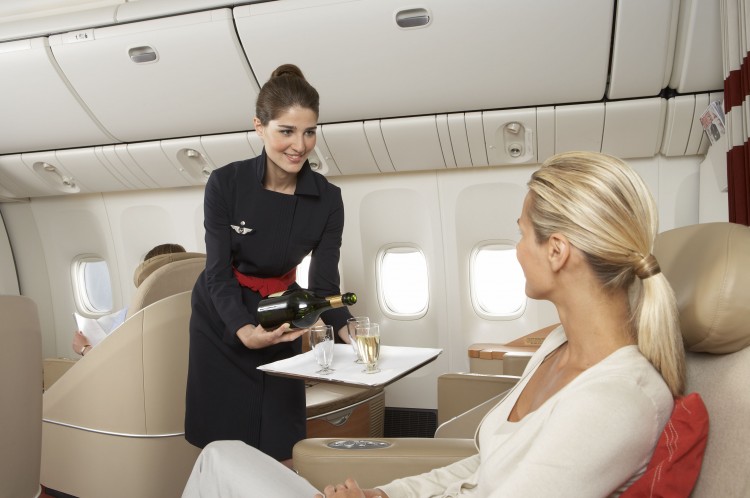 Air France is the French flag carrier headquartered in Tremblay-en-France. They have won praise from The Design Air for their uniforms designed by renowned fashion designer, Christian Lacroix.

These stylish ladies who wear exquisite dark blue uniforms have been featured by a number of magazines to be one of the most stylish cabin crews in the world. Along with their charming smiles and pleasant demeanor, Air France is known to have flight attendants who provide phenomenal service.