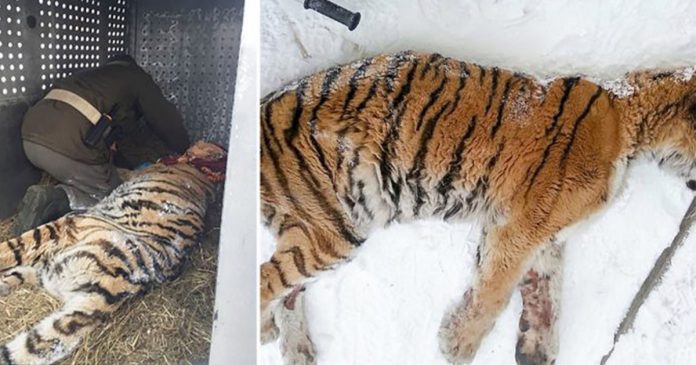 A Siberian tigress, one of only 500 still living in the wild, came out of the wild in Khabarovsk region and lay down on the porch of a house in the village Solontsovy, blocking the door.

The house owner, Alexey Khaideyev, tried to open his door in the morning and something blocked it, he never expected to see an exhausted Siberian tiger to lie down on his porch 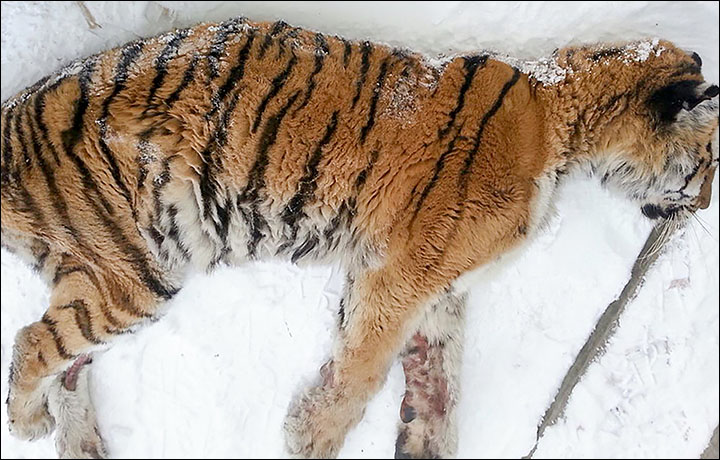 His neighbour, Galina Tsimarno explained in details on how Alexey came across the tiger. “He wanted to go out to the yard in the morning, but his door was pressed by ‘someone’ from outside.”

“He began to push the door and heard a tiger growling. He went back inside and started calling to all the emergency services, Galina said.”

According to Galina, the tiger did not budge at all and spent the whole day on Alexey’s porch until the emergency team arrived.

The poor tiger then was sedated and transferred to an animal rehabilitation centre in Alekseevka village, Primorsky region 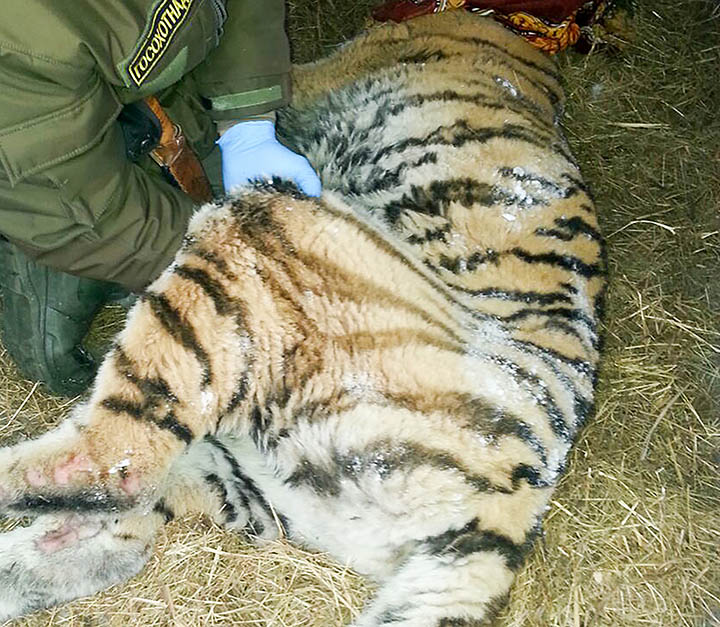 There, they found out the reason why the tiger who was later identified as a female chose to go to a human residence and lay down on the porch. It turned out that the tiger has severe teeth and gum problems.

Director of the Amur Tiger Centre, Sergey Aramilev, commented: “The animal was extremely exhausted, but there were no visible injuries from firearms.”

“However, there are problems with her oral cavity. The tigress behaved absolutely peacefully, as if she was waiting for human help. Nevertheless, the condition of a rare predator is severe and it needs urgent action” 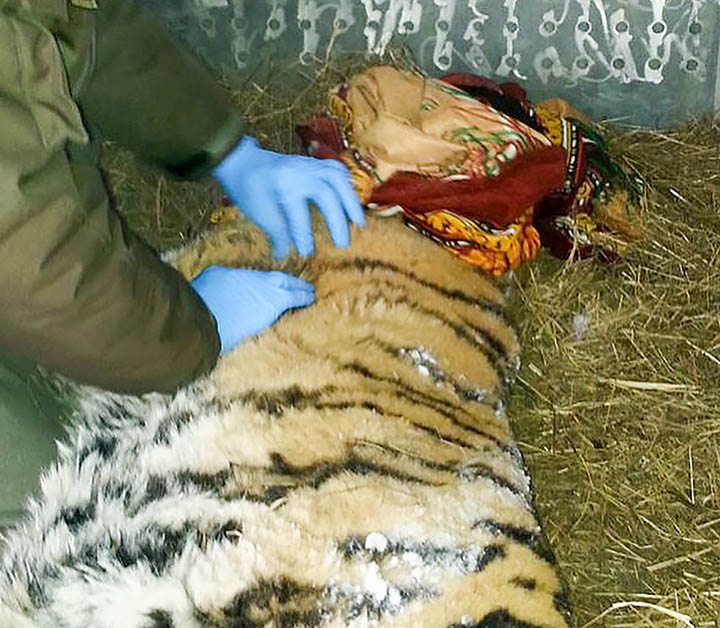 Meanwhile, Ministry of Natural Resources head conservationist Yury Kolpak explained: “The tigress is thoroughly exhausted. She has serious gum problems and there are no upper teeth.”

It is likely her fatigue is due to it being unable to eat properly.

“Now it is very important to provide the predator with qualified assistance.”

Aramilev explained: “We will not hide that the situation with the tigress is sad. Now everything depends on her. In her current physical condition, it is deadly to put her into under an anaesthetic yet without this, it is impossible to carry out ‘active’ treatment.”

“The animal, though she came for help, does not allow us to approach to her. Now even injections are carried out remotely. We really hope that the tigress will pick herself up and survive. For our part, we are doing everything possible” 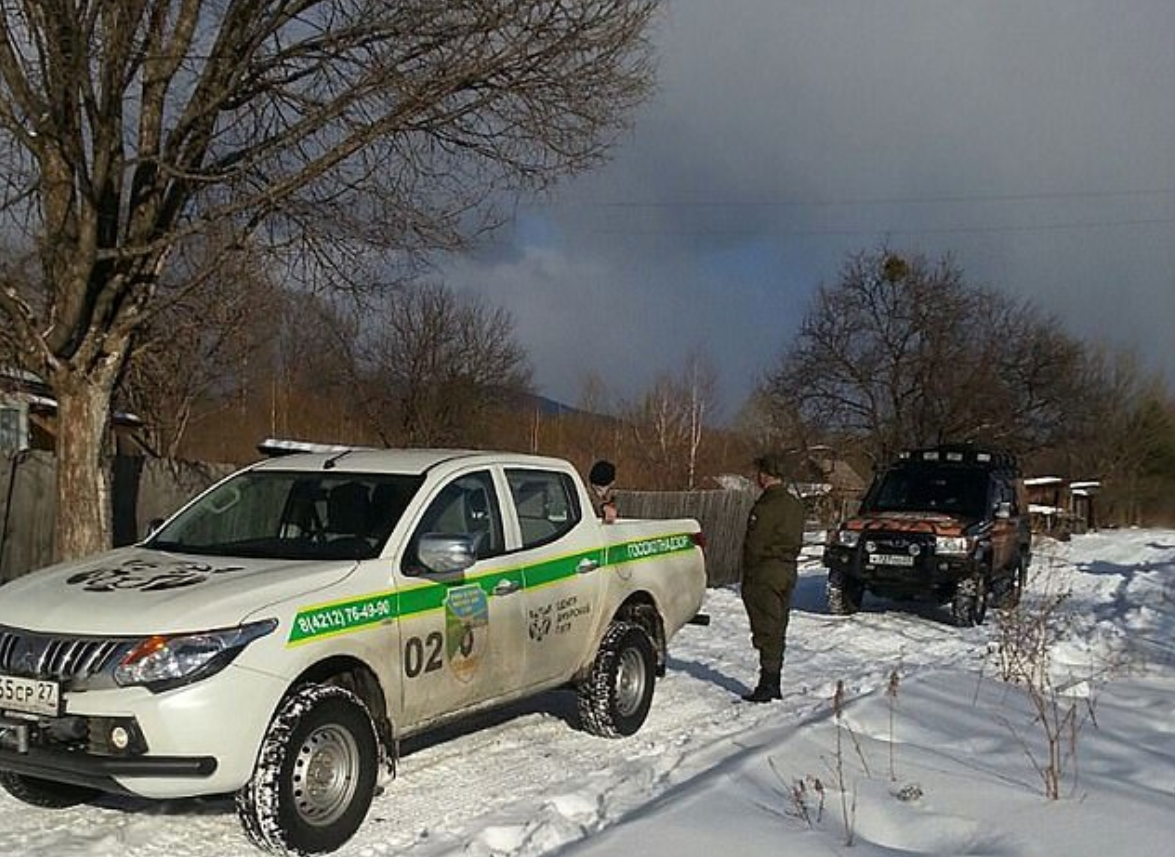 The tiger is reported to slowly recover from her exhaustion as she is now at least eating with her diet consists of ground meat laced with antibiotics.

The Siberian tiger was one of only 500 of its species still living in the wild. 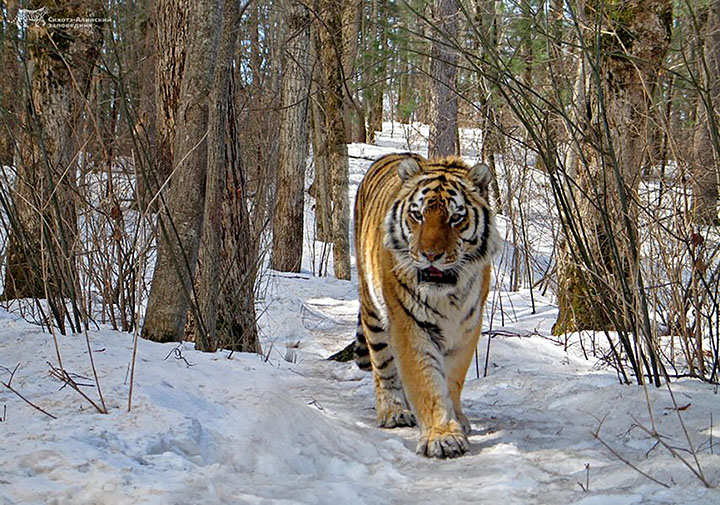