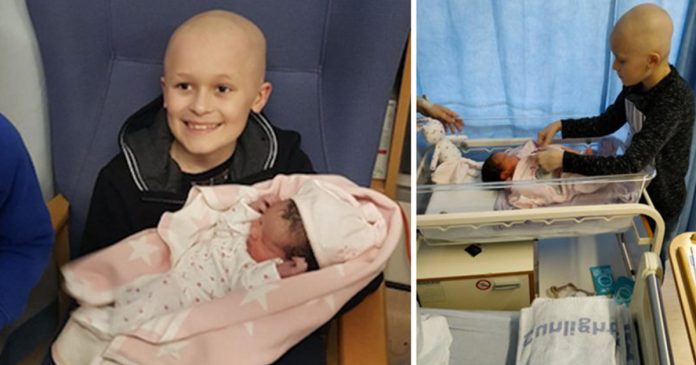 A brave boy with end-stage cancer does the impossible! He fought against his illness and held on long enough to be able to hug and name his newly-born sister. Doctors said there was no way he would live long enough to do so.

The parents of nine-year-old Bailey Cooper from South Gloucestershire, England, were told that their son had only a few ‘days or weeks’ to survive after the cancer spread throughout his body.

However, despite what the doctors had predicted, Bailey was able to live long enough to meet his baby sister 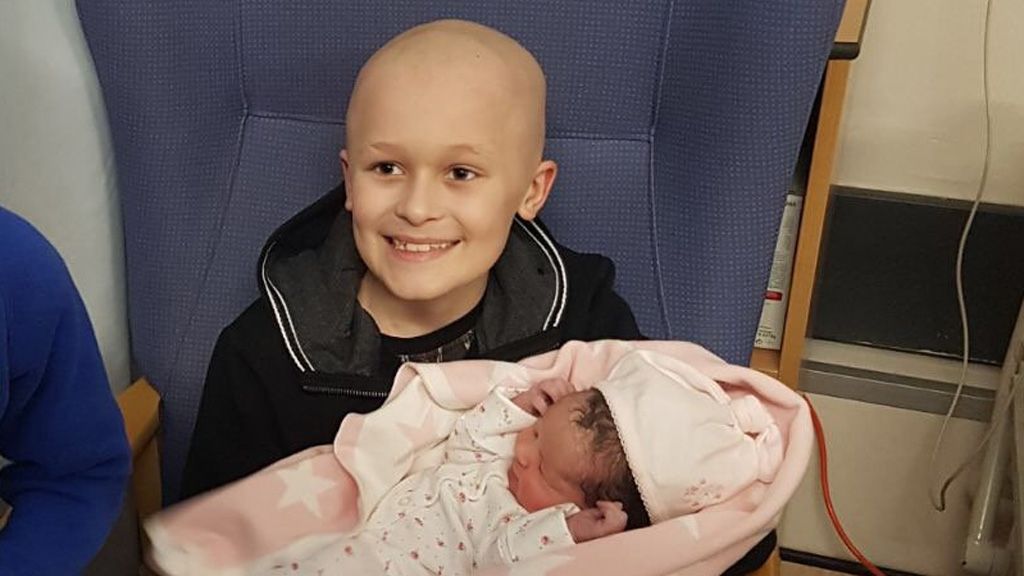 He was given the opportunity to name his sister and he chose to call her Millie. 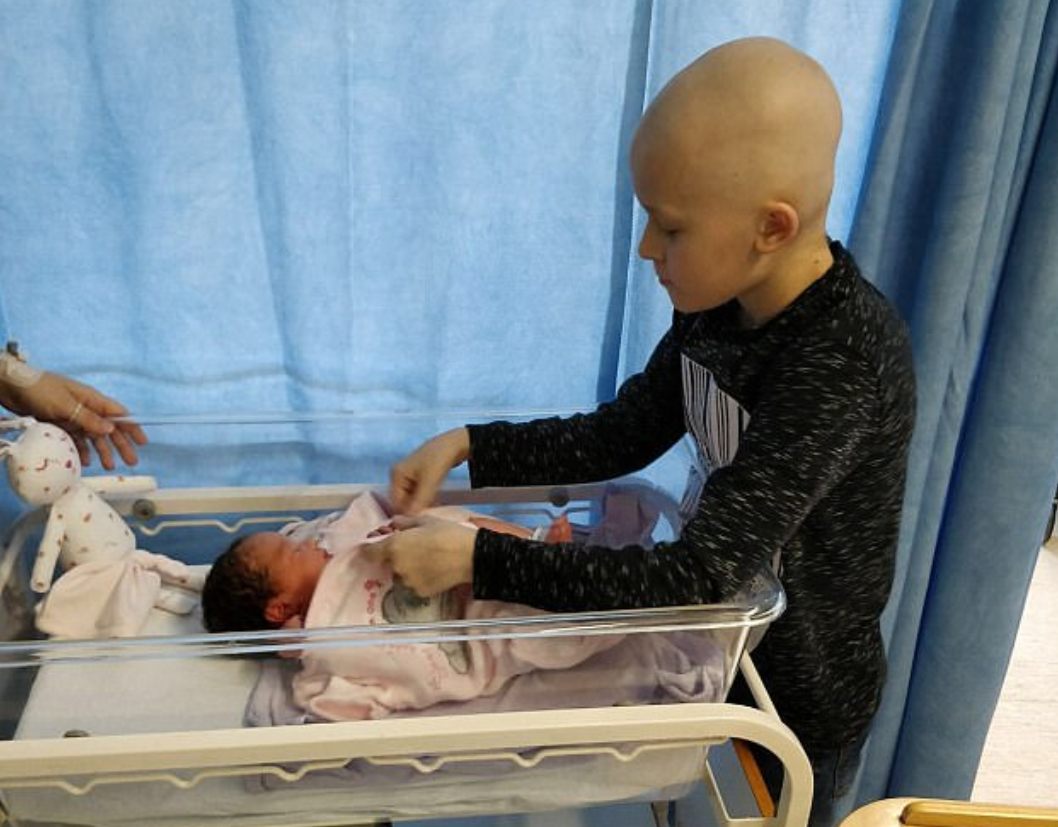 Bailey was diagnosed with non-Hodgkin’s lymphoma in 2016. Initially doctors thought he had a chest infection but they did a blood test after he complained of severe stomach aches.

When this rare cancer was detected, it had already developed to stage three which was extremely difficult to cure. Bailey underwent chemotherapy with steroid medication, which doctors believed could help.

He went into remission in 2017. During the Easter holidays in Devon, the family was told by doctors that Bailey’s cancer had recurred and he had to return to the hospital.

This time, doctors said he had a survival rate of around 70 percent. Bailey also underwent further chemotherapy as well as stem cell transplants. He went into remission again in July, and the family enjoyed an amazing six weeks before receiving bad news.

When Bailey’s cancer was detected, it had already developed to stage three which was extremely difficult to cure 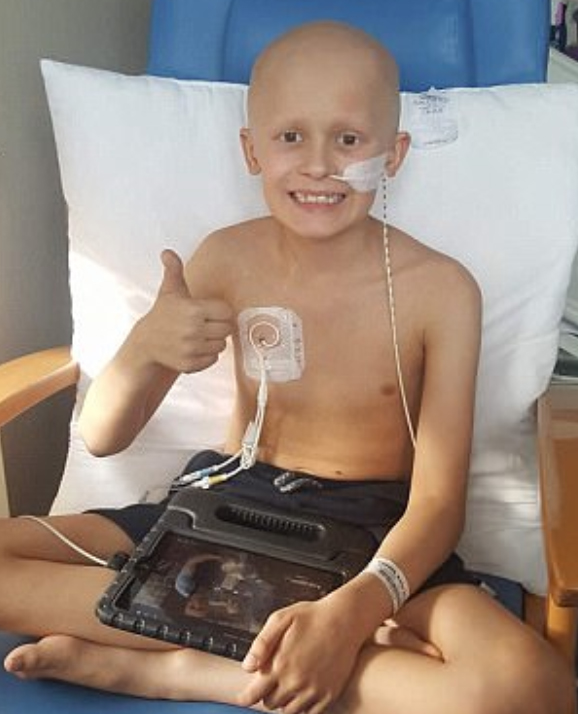 The cancer had returned in August and the family was told he would not recover from it this time as the cancer has developed to stage four. This meant that the malignant cells were becoming more aggressive and that Bailey would not last the year. Doctors informed his parents that he could survive for either a few days or weeks at most.

Riley, who is Bailey’s younger brother, stuck to him like glue. They became inseparable but his brother’s health kept deteriorating.

Nobody expected Bailey to survive for as long as he did 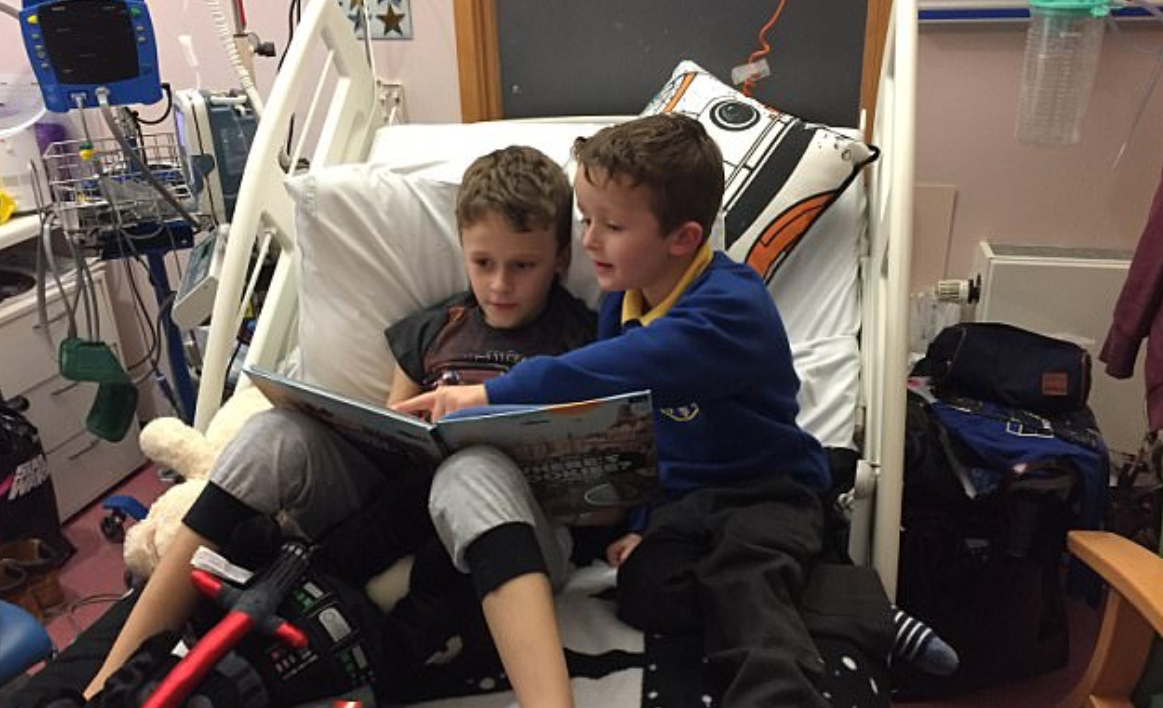 Unlike the outcome of his prognosis, Bailey was alive in November when his baby sister Millie was born.

“We didn’t think he would last that long, but he was determined to meet Millie. It got to the end of November, and Millie was born. He hugged her and did everything an older brother would do – change her, wash her, sing to her,” his mother Rachel told the Bristol Post. 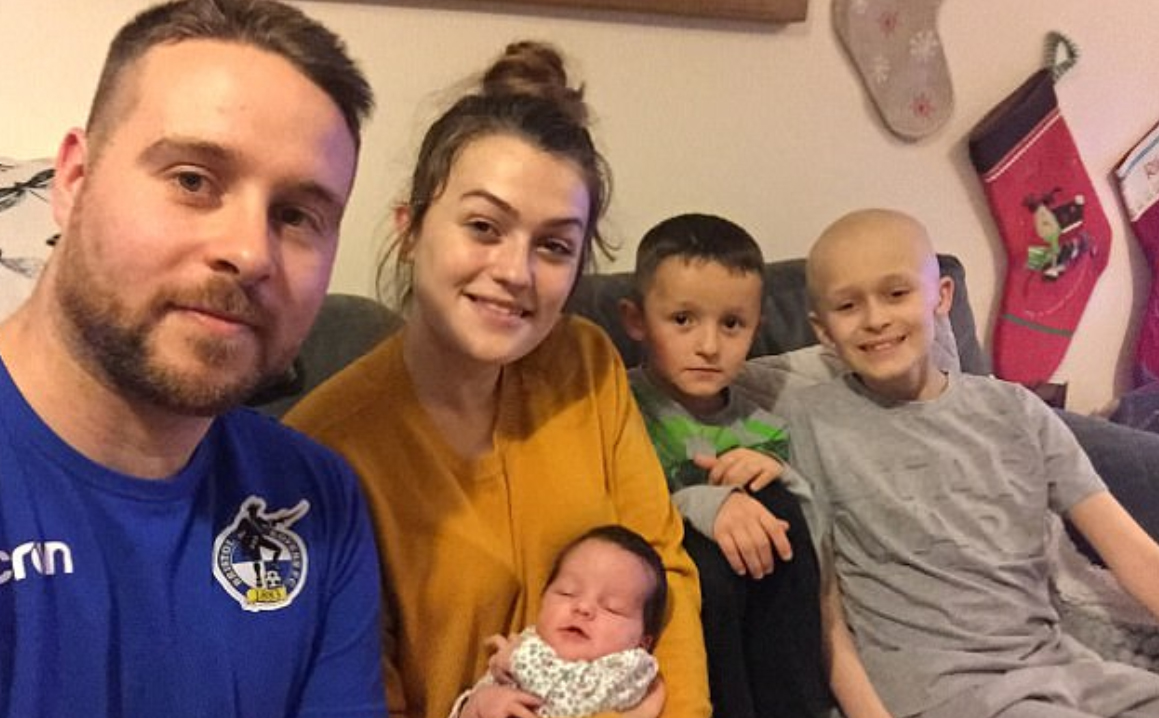 “The doctors threw the book at it, and told us even if he survived it, the long term effects will last for the rest of his life. He had a stem cell transplant.”

“We had to try everything we could” said Rachel. The aggressive cancer had spread beyond repair and they told him straight away what the doctors had said.

“We told him straight away. He broke down and said he didn’t want to go on his own. We stayed there with him, and in a couple of hours, he took it all in.”

“He fought, and on the way to the hospital, he said we should call her Millie” 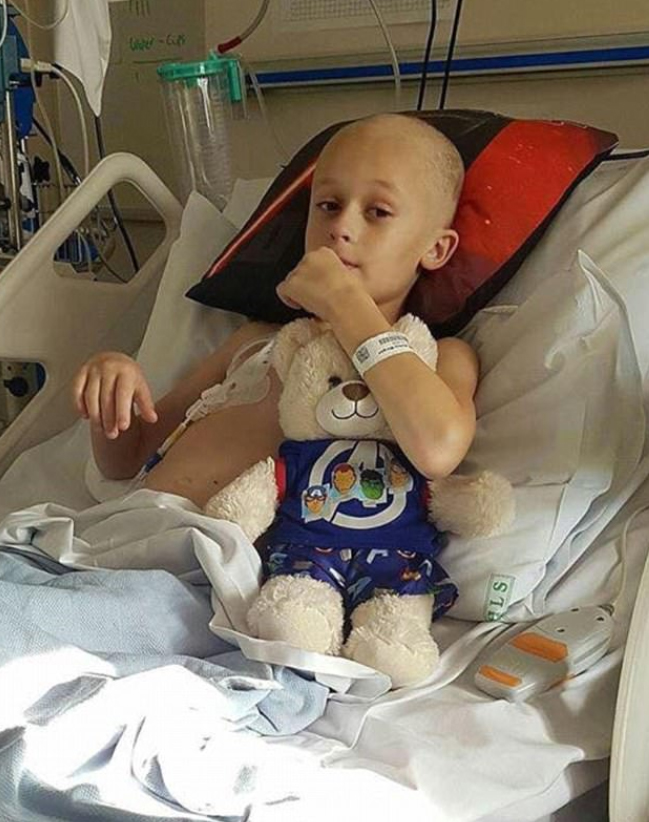 As Christmas approached, Bailey showed maturity beyond his age as he continued to look after his siblings.

Rachel stated “Doctors said he was going to go before Millie was born. He didn’t.”

On December 22, Bailey was taken to the hospital for treatment and was rushed there in an ambulance. In the room his family read and played his favorite music before he died peacefully. He passed away on Christmas Eve.

“Bailey smiled through the whole thing. He made funny facial expressions and made people laugh, even though he was in great pain,” his father said 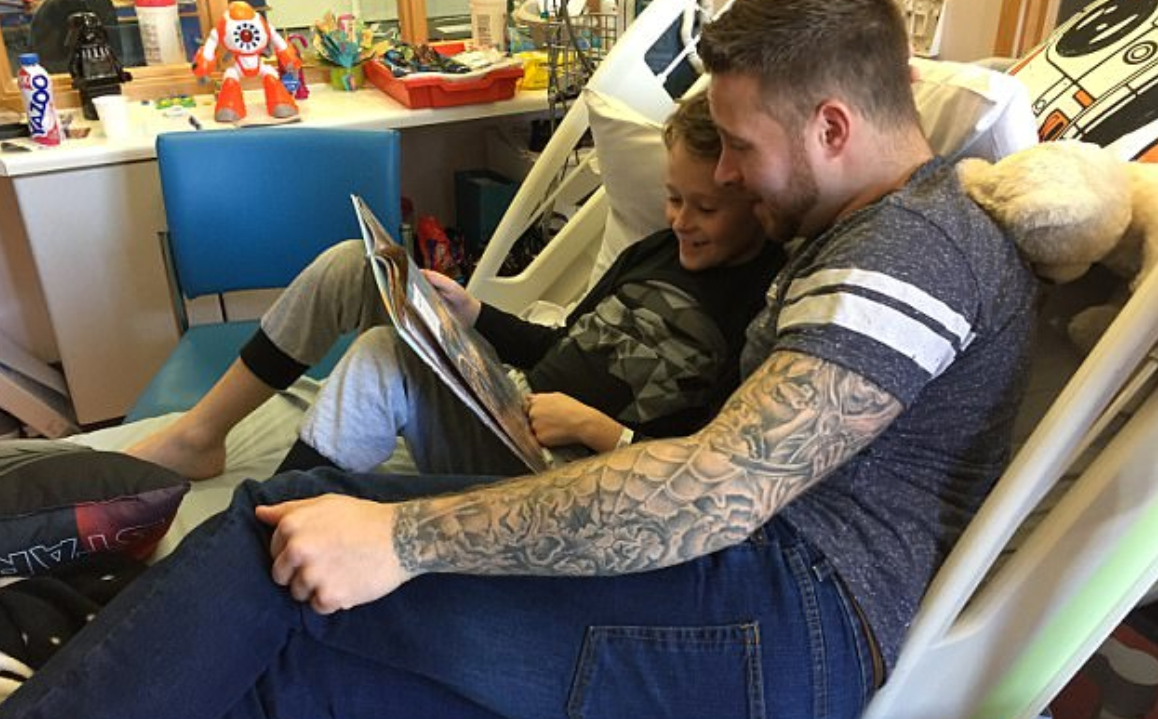 “We have to carry on for Bailey,” Rachel said. “He told us in our last family meeting: ‘You’re only allowed to cry for 20 minutes. You have to take care of Riley and Millie.”

The courage and care shown by this boy has moved the hearts of many.