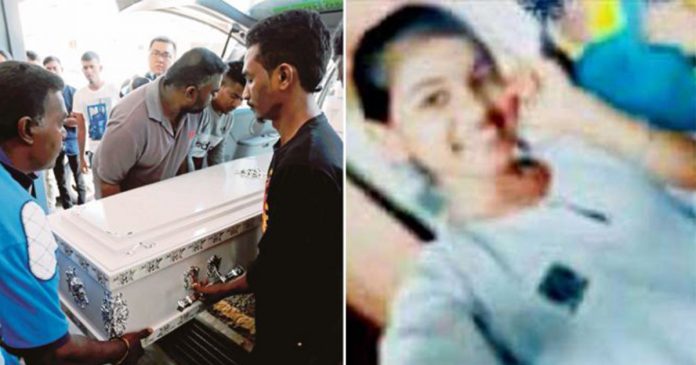 MALAYSIA – A 14-year-old secondary school student who attempted suicide after she was accused of stealing her teacher’s iPhone died on February 1.

The teenage girl who was a student at Methodist School Nibong Tebal was reported to die at 3.30 am with her parents by her side.

In a shocking incident that took place on January 22, the teenager who is known as M Vasanthapiriya was rushed to the hospital after she was found barely breathing in her room following a suicide attempt 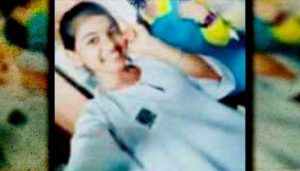 The girl was found hanging from a saree behind the door. She was in a coma for the past week in the Seberang Jaya Hospital and never regained consciousness before passing away.

According to a police report which was lodged by one of the girl’s family members, Vasanthapiriya was accused by her teacher of stealing her phone. In the incident, three other teachers were also reported to present and the teacher had threatened to report Vasanthapiriya to the police. 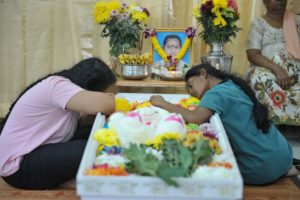 Vasanthapiriya’s father, R. Muniandy, said that he spoke with the teacher and her husband after they both took her daughter home and reassured them that he would find out what happened.

“I also talked to my daughter and told her not to worry, that I will settle this issue for her as she had denied taking it,” he said.

Muniandy said that Vasanthapiriya looked visibly sad after she was taken home by her teacher but he never expected that the incident would lead to her suicide attempt.

“I’ve always treated my children like friends, everything can be discussed so I told her to wait for me, I’ll go pick up her mother from work, then we will talk about it,” he said.

Vasanthapiriya was first found after her older sister was panicked when she could not open Vasanthapiriya’s bedroom door as it was blocked. 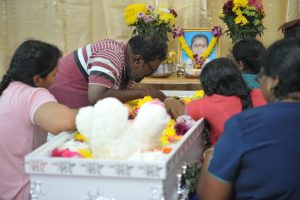 Following her suicide, Muniandy said that her daughter left a note telling her parents and grandmother that she loved them.

“She said she loved the teacher too and that she did not steal the handphone. She ended it by saying that this was her decision and no one else should be responsible for this,” he said.

“She was just a timid girl who gets easily intimidated so perhaps what the teacher did, interrogating her in school for hours, then taking her home to talk to her parents, she must have felt humiliated. If they check her school records, there were no records of any disciplinary issues with her,” Muniandy said 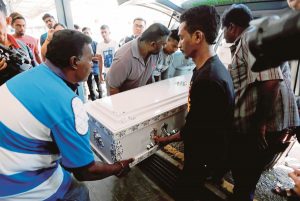 Vasanthapiriya’s aunt, A. Lalitha, said that her niece was a sensitive girl, adding that this could have led to her suicide attempt after being accused by her teacher of stealing. Lalitha further added that her niece would usually share everything with her. However, on that day, she did not get a chance to speak nor to console her niece.

“Vasanthapiriya was ashamed and angry. She could not control her feelings. Maybe that is why she decided to end her life.”

“The teacher should not have acted in such a way. Accusing a child, even hitting her. It is a smartphone. The teacher should have used the device’s GPS (global positioning system) to track and locate the phone.”

“Now, she has already found her phone, but what about the child? Phones can be bought anytime, but a human life? Once a person dies, she can never be brought back to life” 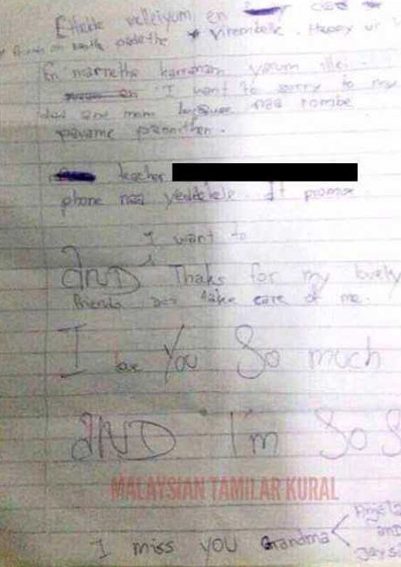 “She volunteered to collect our assignments and send it to the teacher’s desk. Hence, that is why I think the teacher suspected her for stealing her phone,” said the anonymous student.

Police are currently investigating the student’s death as suicide under Section 309 of the Penal Code.

“We are awaiting instruction from the DPP before proceeding.

“As for the investigation into the teacher concerned, we have also referred the matter to the DPP,” he added.

Meanwhile, the state Education Department had concluded its investigation.

Its deputy director, Mohd Jamil Mohamed, told the New Straits Times that the department would submit the full report to the Education Ministry for further advice on the next course of action.

“We extend our condolences to the victim’s family members. We want to assure them that a fair investigation has been done and concluded recently.

“In the report, we have included comments and suggestions to the ministry. We will wait for its response on our report,” he said yesterday.

Jamil, however, did not reveal if the incident was connected to the non-compliance of the teacher while handling the incident of the missing phone.

Speaking further on the matter, Jamil said the teacher was no longer teaching at the school and had been transferred to the district education office.

Meanwhile, Deputy Education Minister II Datuk Chong Sin Woon told NST that the ministry would comment on the matter once it received the investigation report from the state Education Department.

“We are also awaiting the report from the police. I cannot comment further until then,” Chong said.