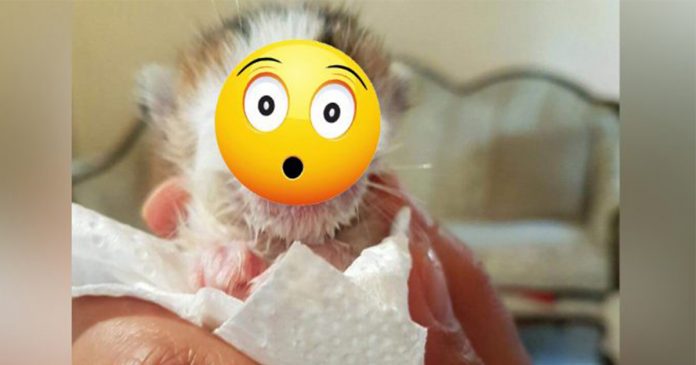 A woman was leaving work to return home when noises from a garbage dumpster caught her attention. Inside, the woman found a kitten near death, and she decided to rescue him to her home. Yet, as she would later learn from the vet, this was no ordinary cat. 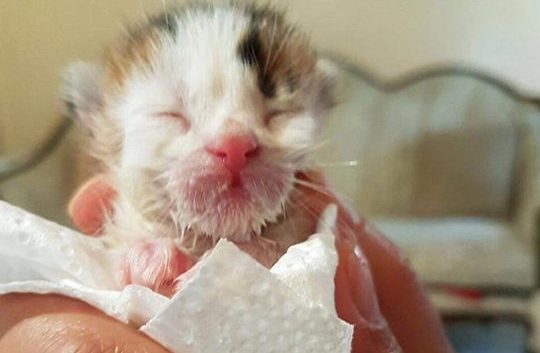 Lately in the news, there have been a lot of gut-wrenching stories about abandoned animals, or even abandoned babies, who are discarded by their carers and left either to die or be found and taken in by someone else. Sometimes, the locations where they are left are isolated, and other times, shockingly, they are left in dumpsters like discarded trash. It is heartbreaking to hear that such people can be so cruel.

This rare kitten’s story began in such a way 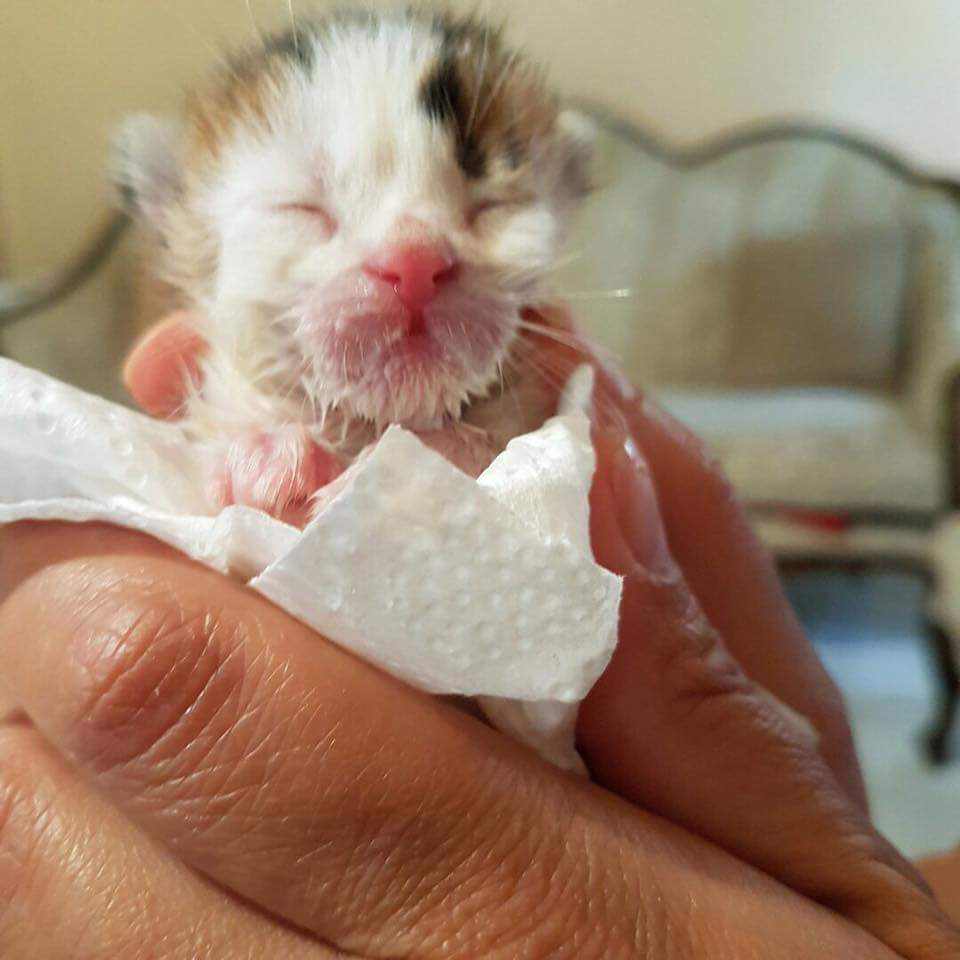 One would hope that the child or animal would be rescued in time. And in the case of this young feline, he was lucky that a woman heard his cries from the trash.

When she opened the lid, she searched for the sound until she found the tiny animal—a 1-week-old kitten.

The woman quickly picked him up, and decided to name him Martyr 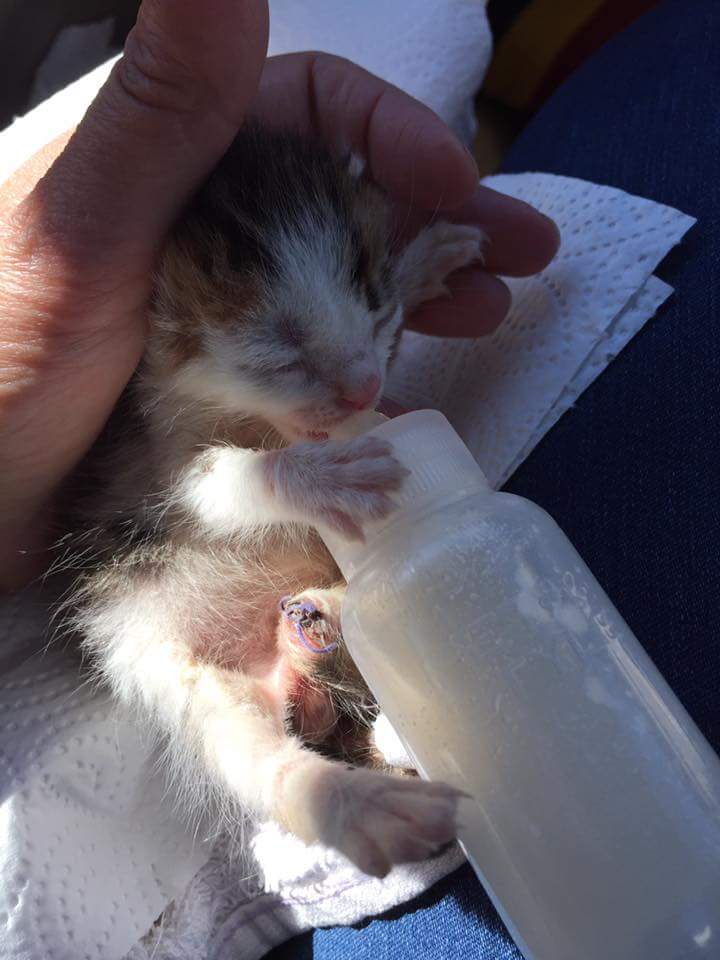 Martyr was not looking so good. She knew he needed help, so she took him to a veterinarian for an examination. The poor little kitten had a broken leg and one paw had gangrene. He could barely open his eyes, as they were swollen with infection. Fortunately for Martyr, the vet was quick to prescribe treatment for him, and he began on the road to recovery.

The vet had one more piece of news to share with the woman.

The vet told her that Martyr was a calico cat, which is a rare breed 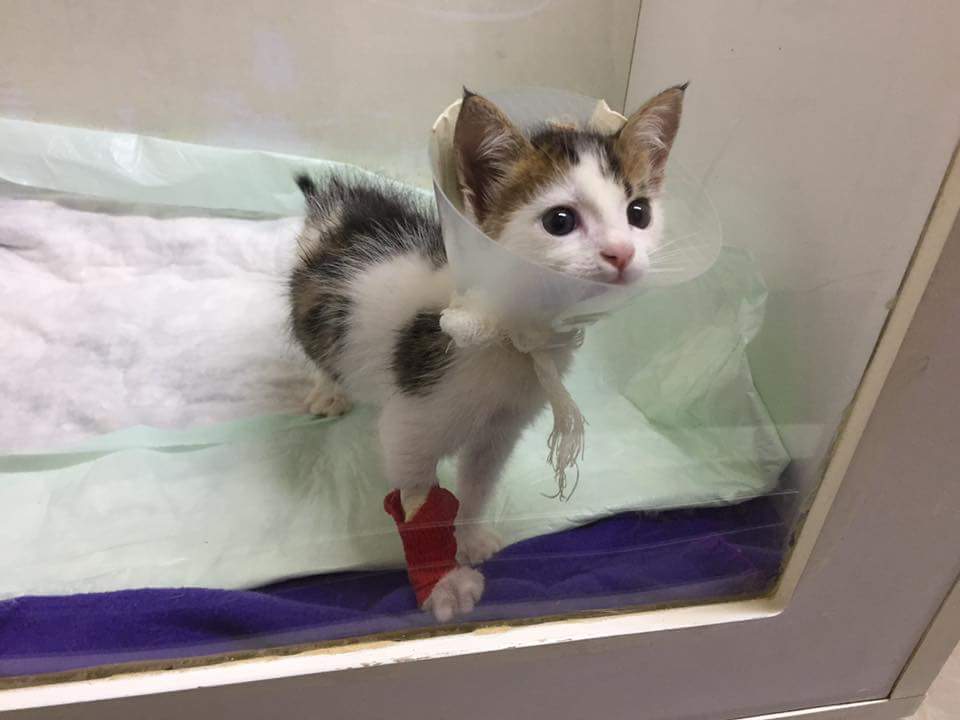 What’s more amazing is that only one in 3,000 calico cats will be male, which makes Martyr extremely rare and special.

Martyr was very lucky to have been found, too. Had he stayed in the dumpster any longer, he would have surely died.

Six months later, Martyr’s leg and paw had healed back to normal. And now, living in a loving home, he’s both healthy and happy. He looks like a completely different cat!