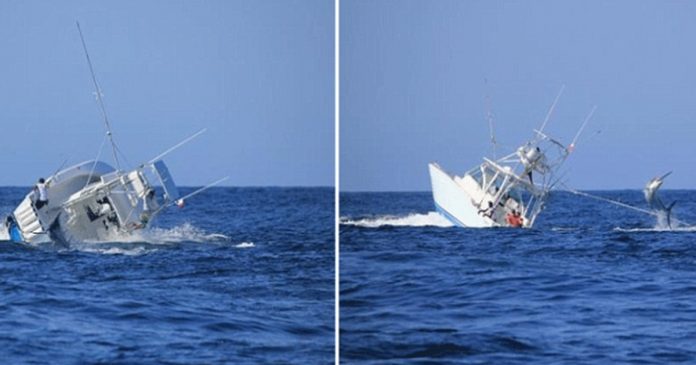 Compared to more shallow waters like rivers and lakes, fishing in the deep sea are said to be more challenging due to the unpredictable weather, storms, huge waves and unexpected machine failures which can be a headache to fishermen, especially when it occurs in the middle of an ocean.

Apparently, they also get possible threats from deep sea creatures just like this group of fishermen who had to face a life-threatening situation when a massive black marlin attempted to sink their boat. 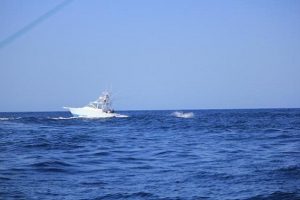 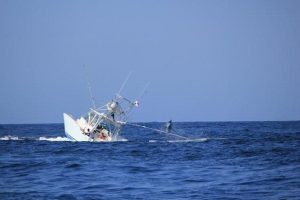 The captain of the boat was said to have slipped while trying to reverse the boat to back down on the fish.

Consequently, he hit the throttle and put the boat in full reverse, causing it to lose balance and overturned in water 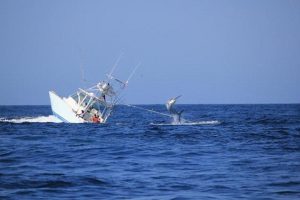 The manufacturer of the boat was quick to write a letter to defend the boat’s performance and strength as they explained that the boat has previously captured ‘hundreds of Marlin without issue or concern.’

“Direct from Panama I was told that the sea conditions were not as calm as they seem to be in the pictures and the Captain was an experienced Captain,” they wrote.

“You can see how this might happen as you know when fighting a fish the Captain is facing aft with his hand on the throttles and when slipped the last thing your hand is holding onto is the throttle controls,” the letter read. 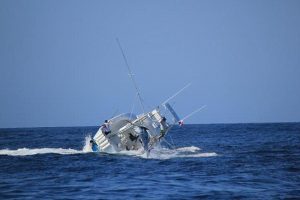 As the boat slowly sunk into the water, a man struggled to hold on to its side 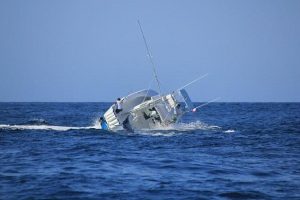 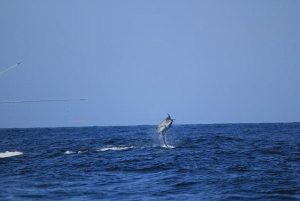 Luckily, all the fishermen were saved and they were later rescued by the boat which took the photos of the incident. However, the boat is said to have sunk to the bottom of the ocean and the marlin could not be traced.