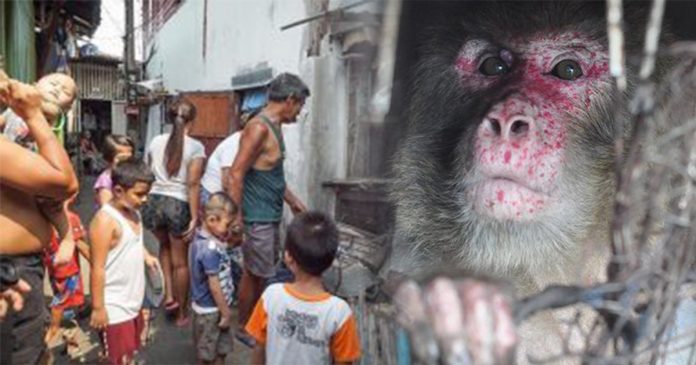 Every now and then, Wildlife Friends Foundation Thailand, an animal rescue organisation based in Bangkok, Thailand would receive emails from various people, asking for their help to rescue abandoned, injured and exploited wild animals around Thailand. However, they never knew that they would encounter one of the most shocking cases of animal neglect in the country’s history one day.

It was Sunday evening when they received an email from a local resident telling them about a monkey who lived in a dark and dirty small hole in a slum somewhere in Central Bangkok. They did not expect for the worst at first but it turned out that poor monkey was in a terribly poor and horrific condition when they found it. 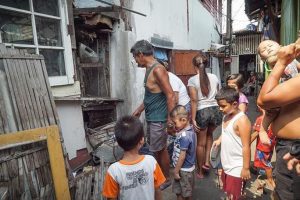 After a further investigation, they found out that the monkey had lived in the hole in complete darkness without water for over 25 years since 1991! 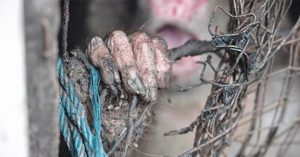 Initially, the owner of the monkey told WFFT that Bangkok Zoo did come to him to ask if they could take the monkey to the zoo.

However, he was told that the zoo could only take the monkey if he was willing to pay 100 dollars for the monthly care to which he immediately refused 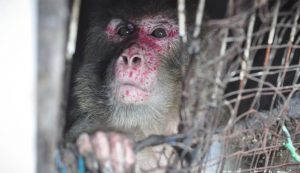 According to the founder of WFFT, Edwin Wiek: “I have seen many abused animals in the last 17 years but I would say that the condition Joe was kept in was probably in the ‘top 10’ of the most horrible cases.”

For the last 25 years, he managed to survive on the goodwill of passerby who sometimes provided him with food and water. Joe’s living area was described as a hellhole.

Inside the cage was layers of rubbish, faeces and rats running freely 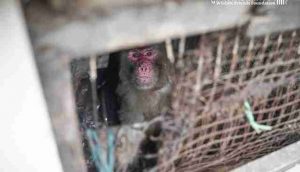 As there was not much time left, they quickly sedated ‘Joe’, the name given to the monkey and tore the wire mesh down to save the wild macaque. Sadly, the hole which Joe had been living was heavily infested with rats.

There was also dirt all around the hole 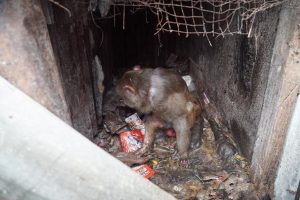 When Joe was first rescued, he was too weak. His body was almost covered in his own dirt.

Apparently, the cage was extremely small that he could not even walk or climb in the cage, causing him to develop muscular dystrophy, a condition where his muscles degenerated and broke down due to extreme malnutrition and restricted movement 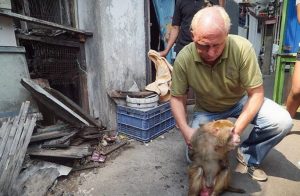 After tearing down Joe’s cage, the rescue team wrapped Joe with a blanket and they could feel Joe shudder in fear inside the blanket 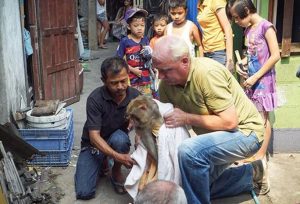 They gave Joe water and food and soon Joe slowly came to realise that these people were here to save him.

Fortunately for Joe, he is finally being taken care of with love 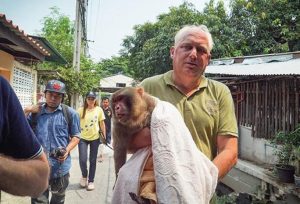 At the sanctuary, they feed him with supplements and nutritious fresh food 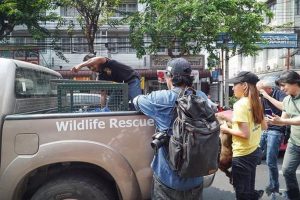 At the same time, they would massage him. Joe’s health is slowly improving now.

Joe was seen taking a bath in his water bowl, cleaning himself up 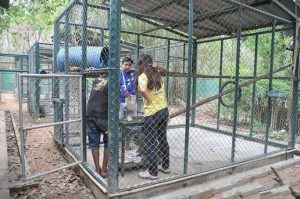 He also begins to communicate and socialise with other monkeys.

While Joe’s sad plight might be more viscerally appalling than most, his story is anything but unique. The wildlife trade is thriving in Thailand and other parts of Asia, with monkeys and other animals being killed for fur, meat and use in traditional medicine.

Mother animals are often killed so their infants can be sold into the pet trade, just like Joe 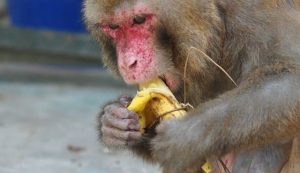 “I felt embarrassed to be a human being, seeing what humans again and again do to animals, but at the same time I was feeling proud to be a human, being able to make a positive difference in this horrible case,” Edwin added.

But for Joe, the only feeling that matters is freedom. While there is a long road to full recovery ahead, Joe has begun to perk up and explore his cage, taking advantage of his ability to move freely for the first time in decades 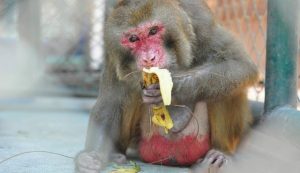 While Joe spent most of his life locked away in his filthy cell, WFFT reported that macaques can live up to 35 years and the team is hoping that he will be able to live in peace for the rest of his life 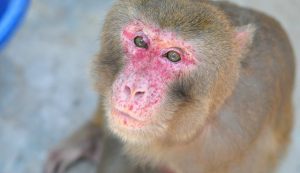 “We hope he will still have some quality years ahead at our sanctuary.” Edwin said.

Surely, it is going to be hard for him to adjust to new environment after decades of neglect and abuse but he definitely deserves to live a better life. We hope that Joe will make a speedy recovery soon.