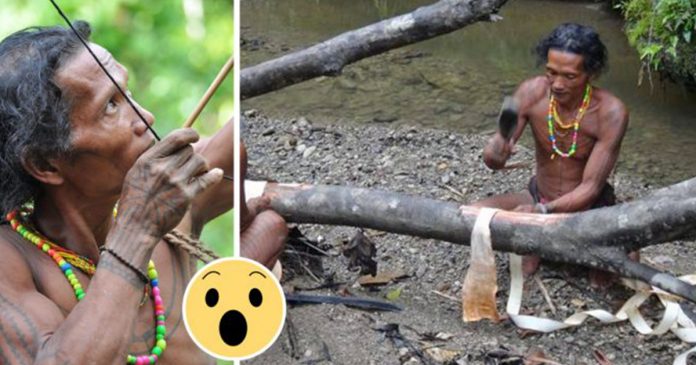 Have you heard of the Mentawai tribe in Indonesia? This tribe is said to exist in the Mentawai Islands, west of Pandang city. What is fascinating about this tribe is how they are completely self-sustainable as they hunt and fish to survive.

Danan Wahyu Sumirat who is a professional photographer, traveled to Mentawai Islands in order to document the lifestyle of some 64,000 of the indigenous inhabitants on the island. They are intriguing because they have managed to live separately from so-called civilization as they have maintained their hunter-gatherer lifestyles.

The Mentawai tribe in Indonesia has lived separate from civilized society 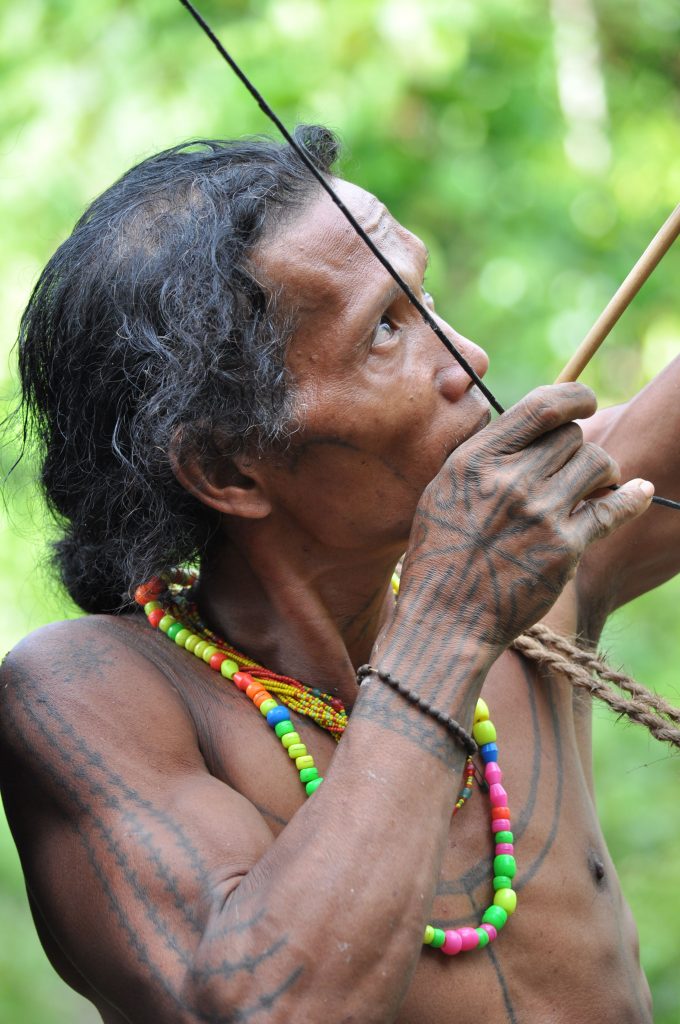 This tribe has a very interesting way of living, they believe that every living entity has a soul and a spirit. They also have a profound respect for nature, especially rivers. According to their beliefs, damaging or polluting water in any way is considered a sin.

“They are very fascinating people. I always wondered how they live happily and peacefully, away from the busy cities and towns” 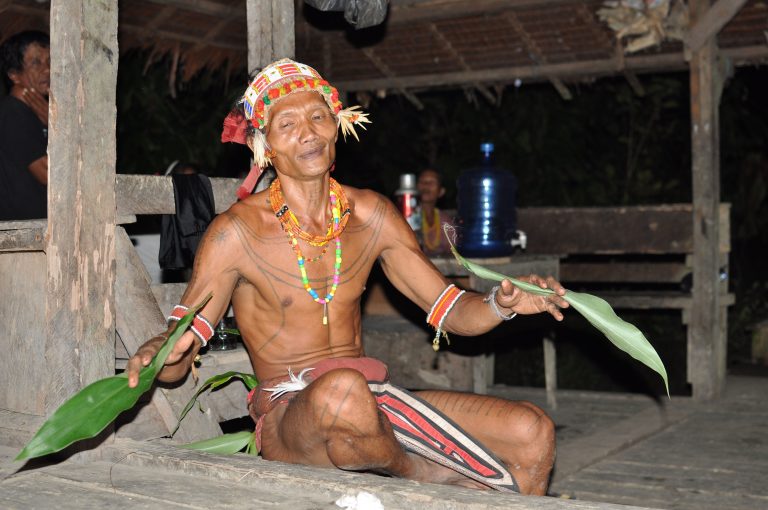 They spend a majority of their time hunting and fishing. Their activities are separated by gender where men are the ones who will go out and hunt and women are usually in charge of catching fish.

“I had always wanted to document this tribe. They are very fascinating people. I always wondered how they live happily and peacefully, away from the busy cities and towns. Watching the life of the Mentawai people up and close has made me realize that life is actually very simple if we are in love with nature,” said Danan. 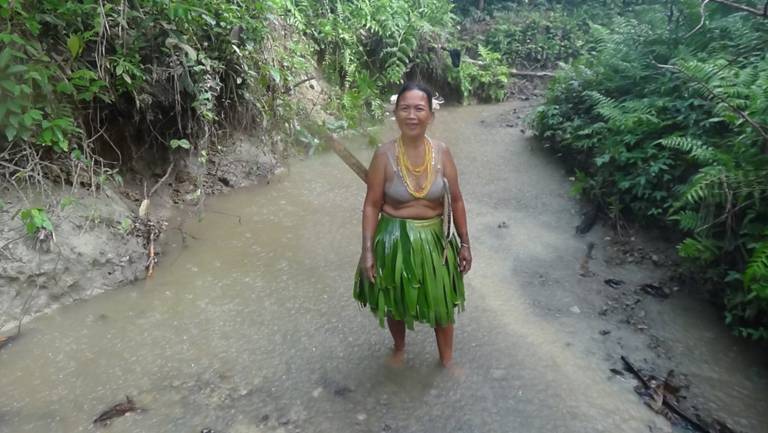 Danan said: “I realized Mentawai people are very organised. Their work is divided according to the gender. There are some jobs only done by men, one of them is hunting. Since the age of five years, the boys are given bamboo poles to shoot. After reaching the age of 10 years, they are introduced to poisoned arrows to hunt in the forest.”

The tribe also has a ritual they do before a boy goes out on his first hunt to avoid misfortune. Their custom is to throw a feast for everyone in the village as a sort of right of passage.

The women use two, three centimeter long blades called Panu in order to catch fish in an act they call Manino. The middle part of the tool is covered with netting.

They do not wear clothes in styles which are familiar to us. They are not familiar with weaving or sewing techniques so they use leaves and dried bark to cover themselves below the waist and they leave the upper part of their bodies exposed to the elements.

The women use two, three centimeter long blades called Panu in order to catch fish in an act they call Manino 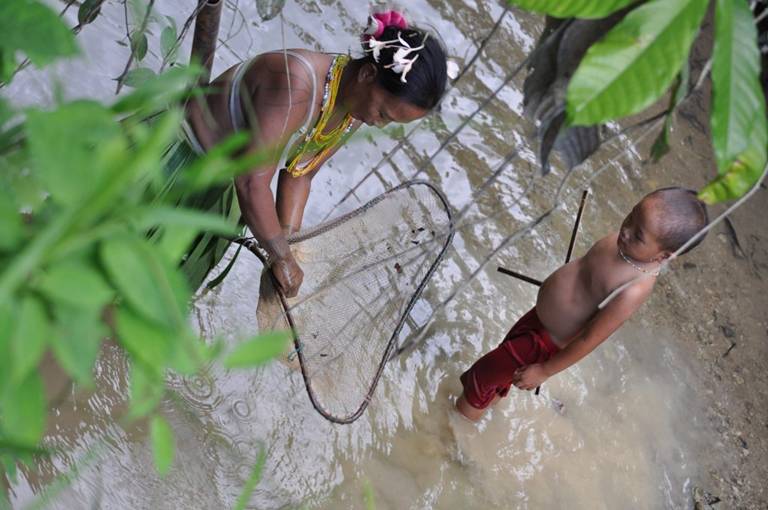 “Whether men or women, they remain bare-chest. The women wear a skirt made of leaves while men cover their modesty with a flattened bark. They select branches and leaves as per the size of the person and without breaking the tip, they slash them with a machete. After getting the bark, the outer and inner skin is separated and smoothly-edged to create a Kabit,” said Danan.

After they complete their hunting and fishing activities, the Mentawai will rest at night. Danan says that the tribe loves to dance in order to show their love for animals and nature. Men, women and children participate in the dance known as Laggai Turuk. 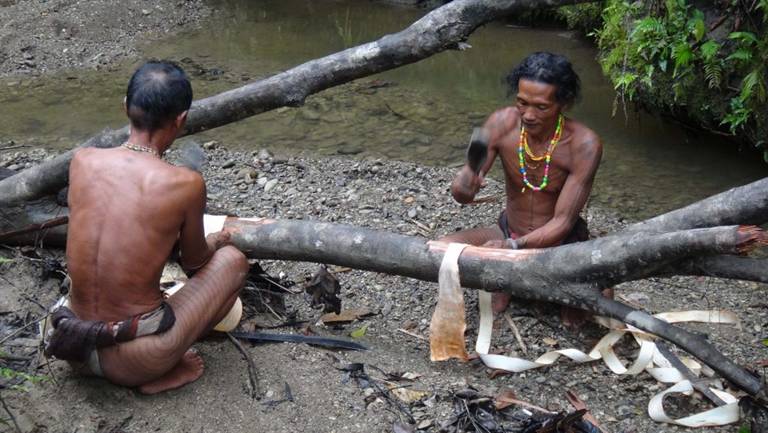 They will adorn their heads with head pieces made from pearl-like ornaments and colorful feathers. They sill also tie leaves to their backs and hands.

Nature is part and parcel of the Mentawai’s life and they cannot be separated from it. In addition to being the source of their livelihoods, nature also gives them artistic inspiration. The tribes people are decorated with tattoos on their bodies which resembles the haiwa or plant patterns. 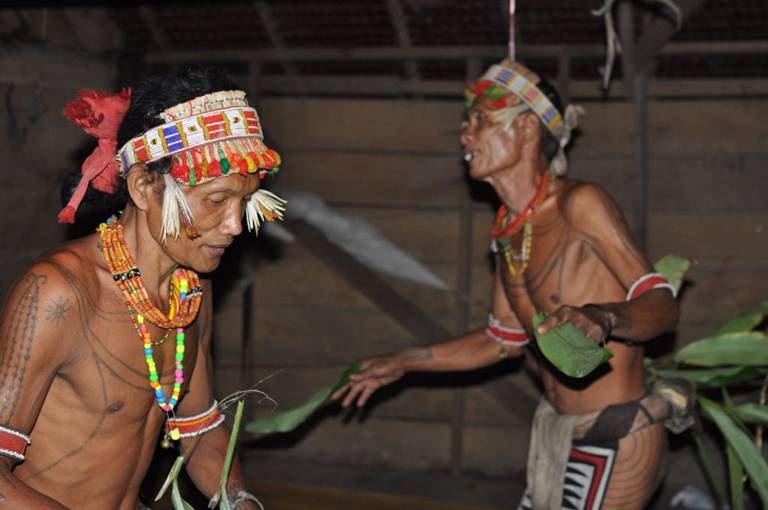 Danan says “The tattoos that adorn their skin are in the pattern of plants or animals. While dancing they imitate the behavior of animals. It is more like a meditation ritual for these people. They are lost when in trance when they dance. This kind of turuk show was not part of the treatment process but we were acquainted with their ancestors so we were spared the disease and the calamities.”

They tribe only has one specialist who is a medicine man. He is responsible for being a mediator and communicating with spirits and souls. If a person from the tribe falls ill, this man will be called to restore harmony to the ill person’s body.