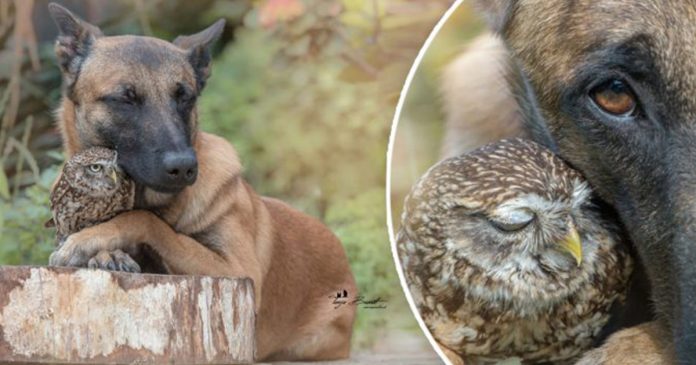 Dogs are not exclusively man’s best friend as a photographer from Germany proved by capturing incredible photos of a bond between a tiny owlet and a Belgian shepherd. Ingo is a Malinois which is a type of Belgian shepherd typically used by the police and Napoleon is a one-year-old baby owl. Despite being different species, they formed an amazing friendship with each other.

Tanja Brandt who is a professional animal photographer and artist regarded Ingo and Napoleon, or as she affectionately calls him Poldi, as family. She uses Ingo and Poldi’s friendship to illustrate the beautiful, sweet and unexpected bond between two very different species.

“I really love animals, ever since I was still a baby,” said Tanja in 2015. “When I was a kid, I kept various species of animals and then hid them from my parents. I love the beauty, power, loyalty, and courage of animal friendships. Many people can learn from them. ”

Here are 14 beautiful pictures of Ingo and Poldi which prove that friendships can form in the most unlikely way: 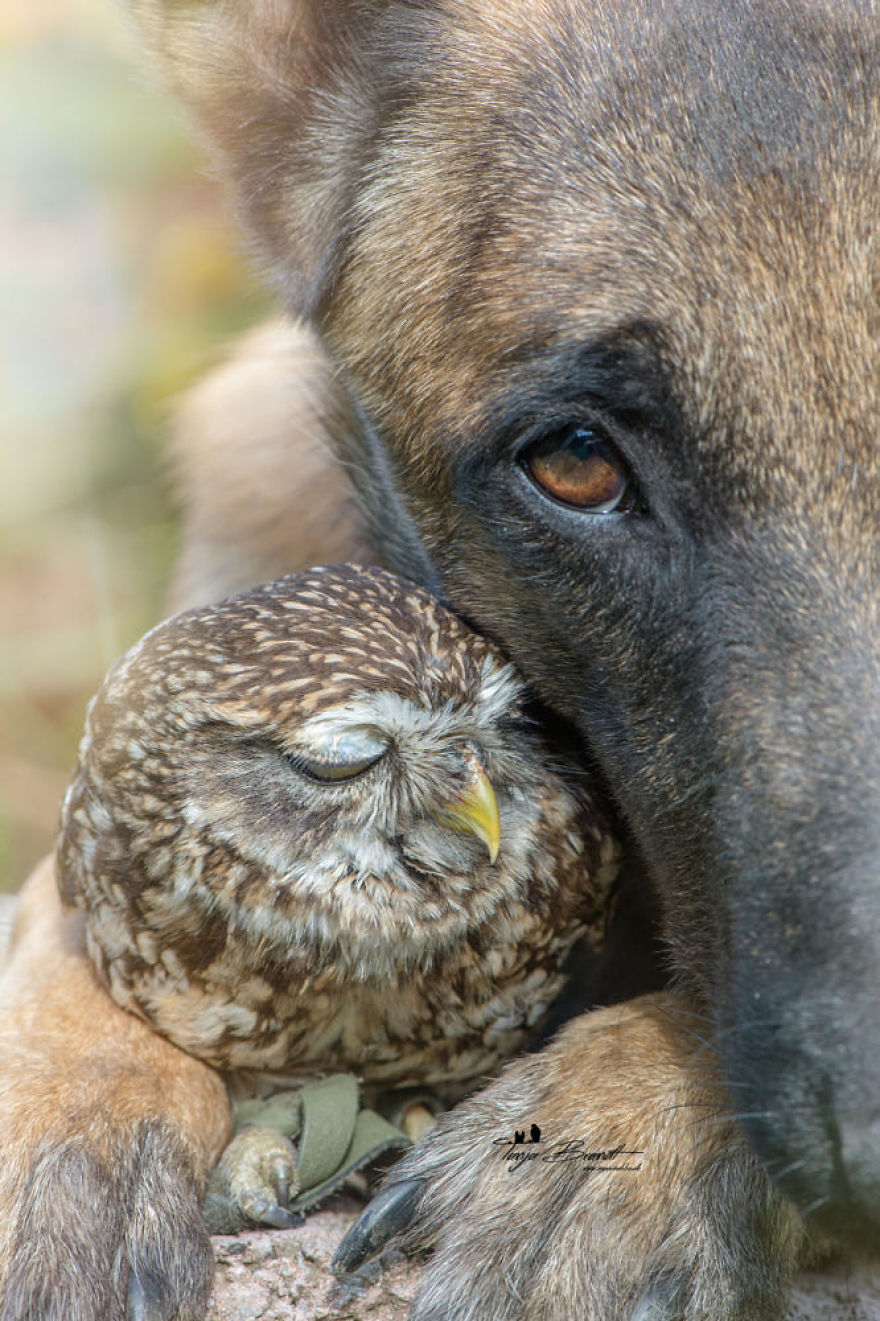 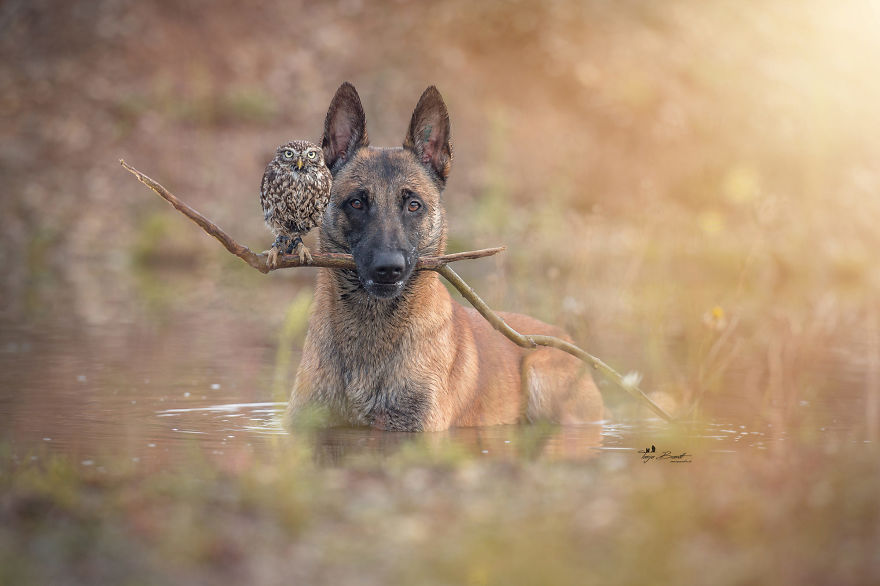 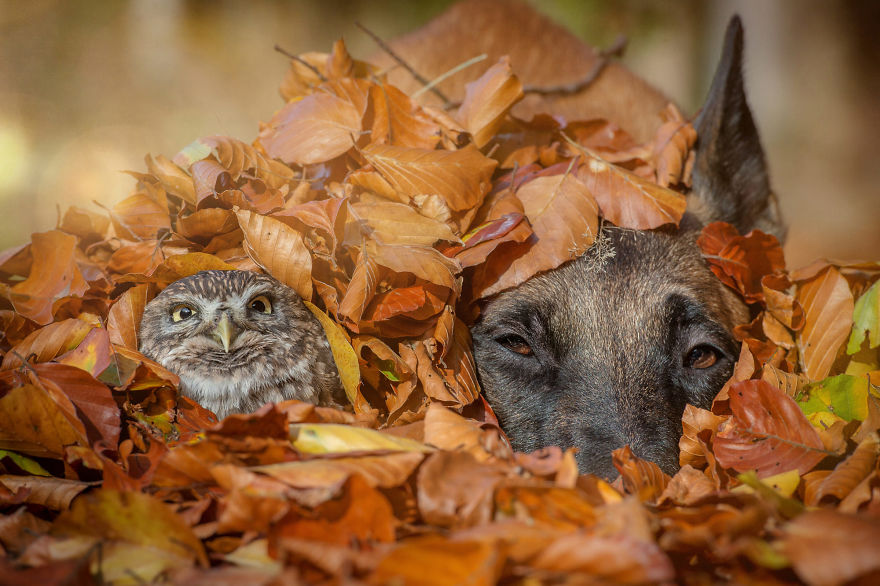 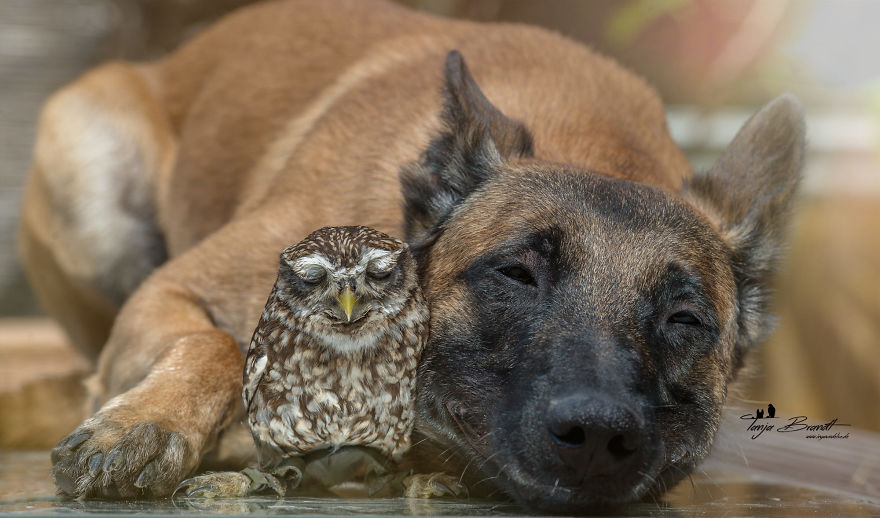 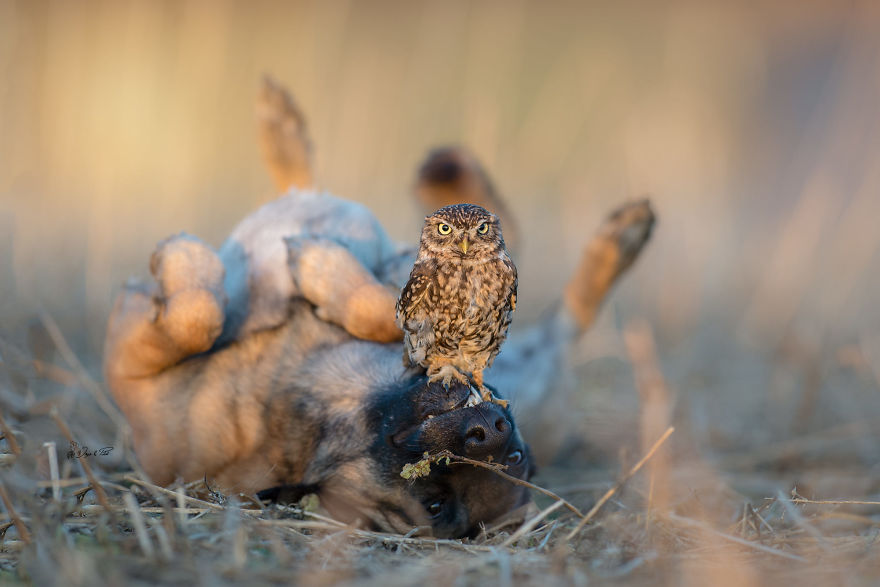 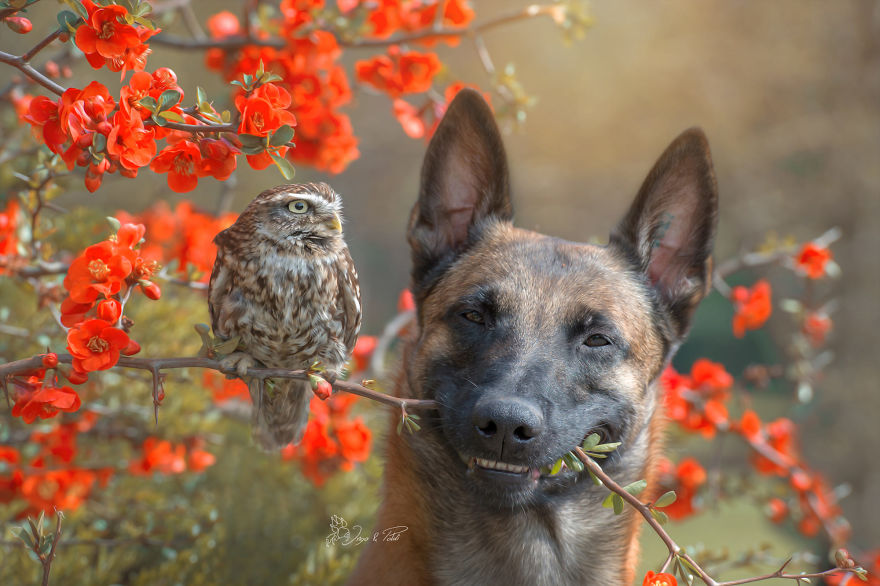 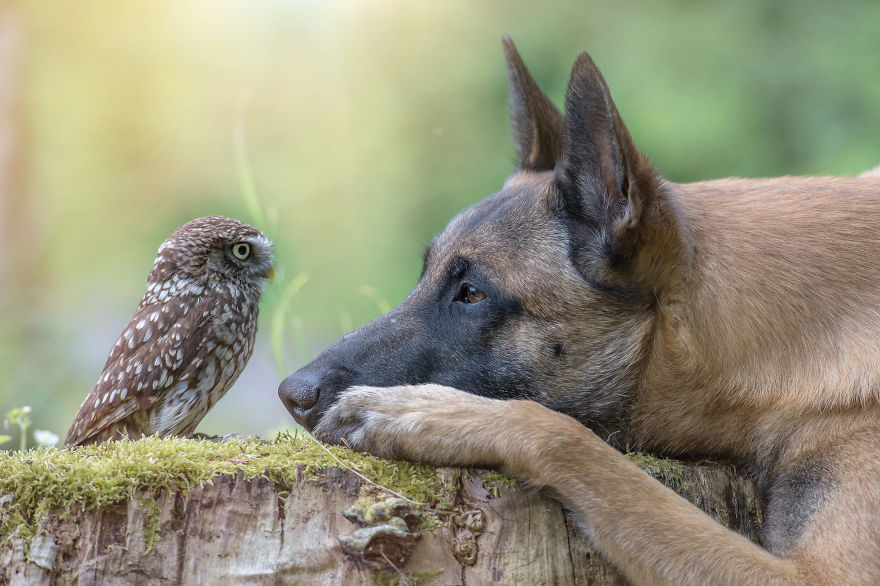 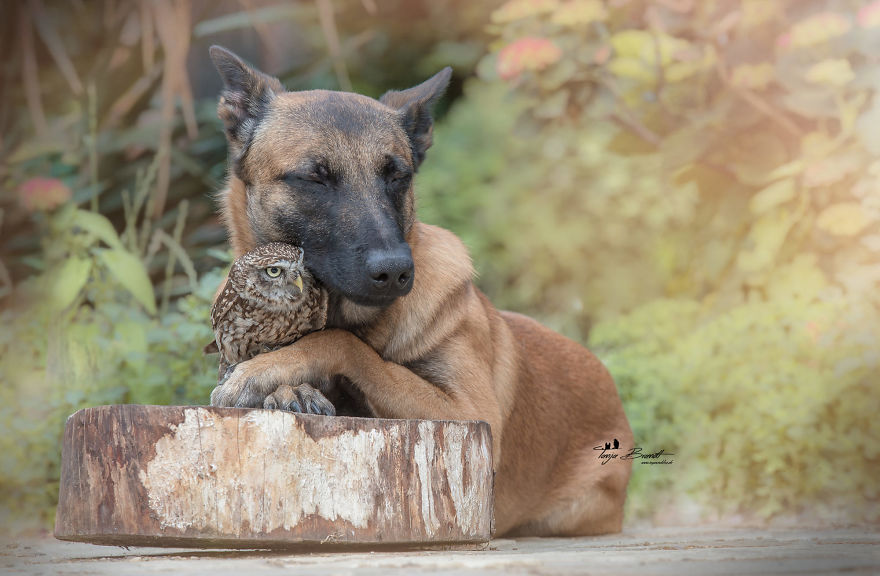 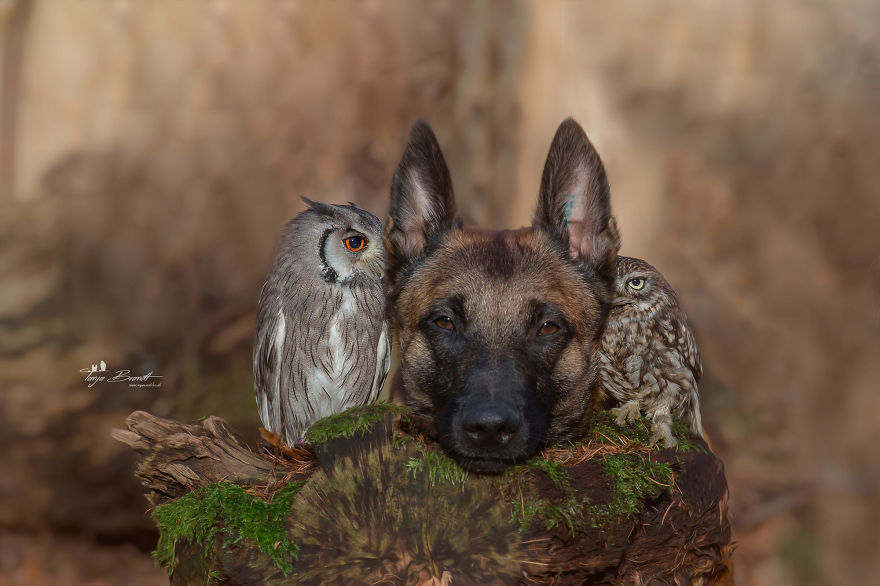 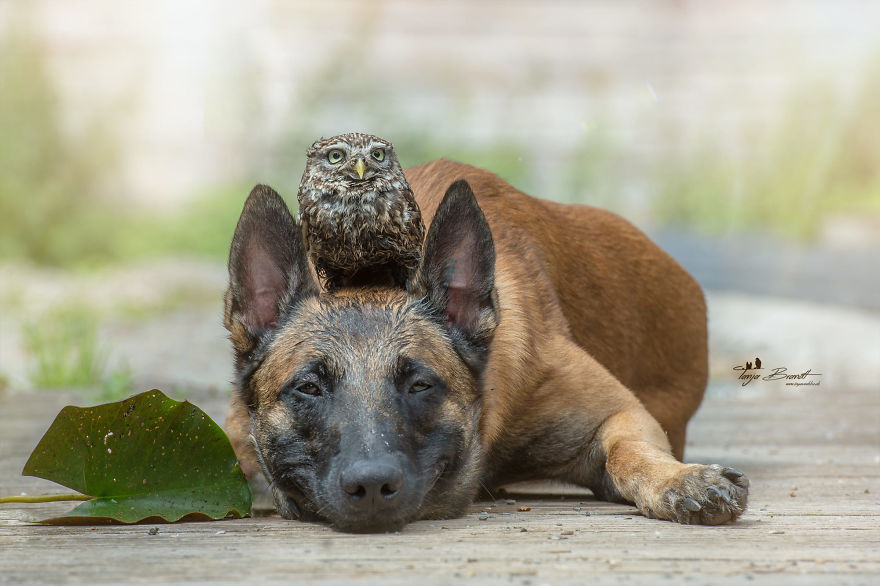 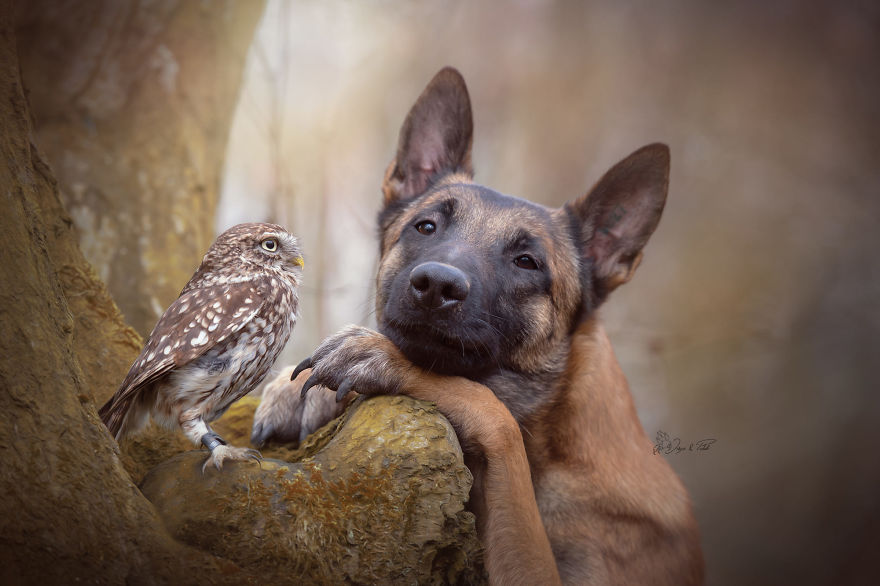 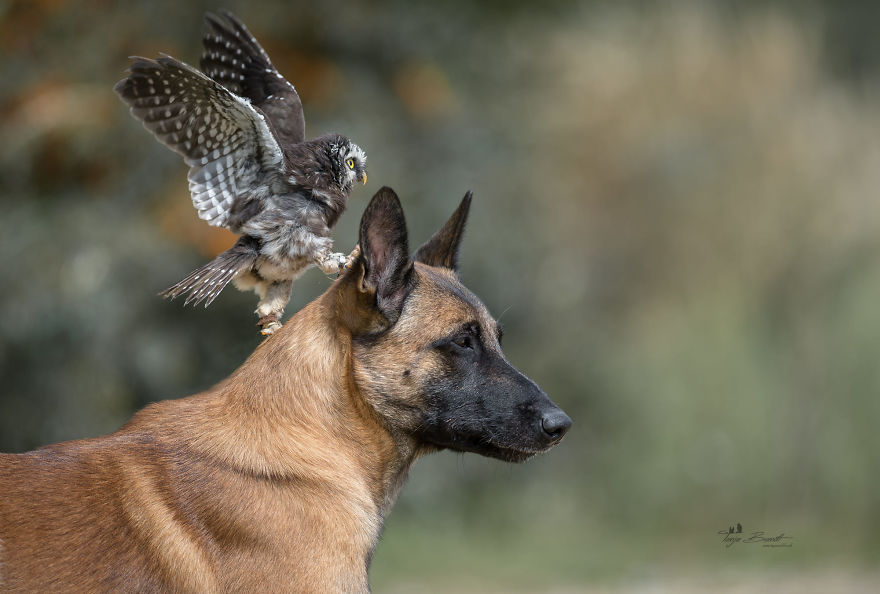 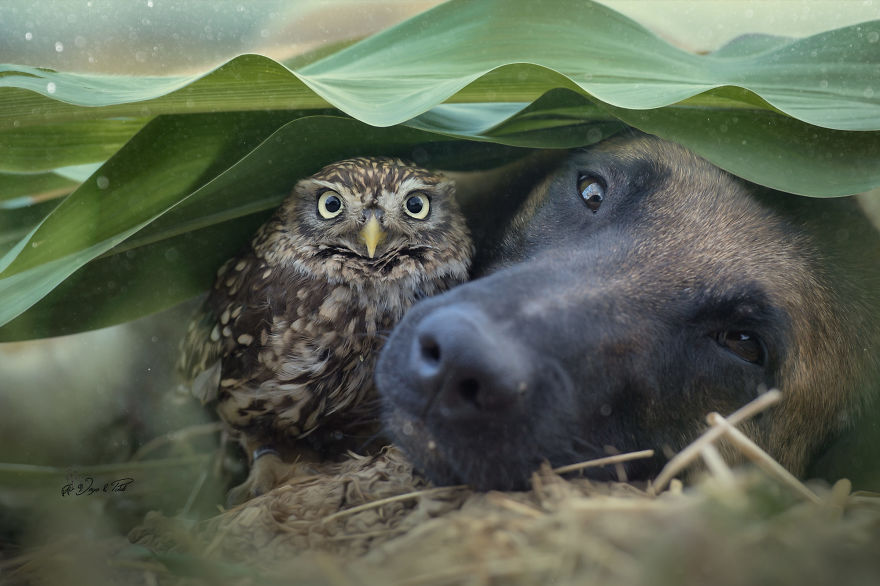 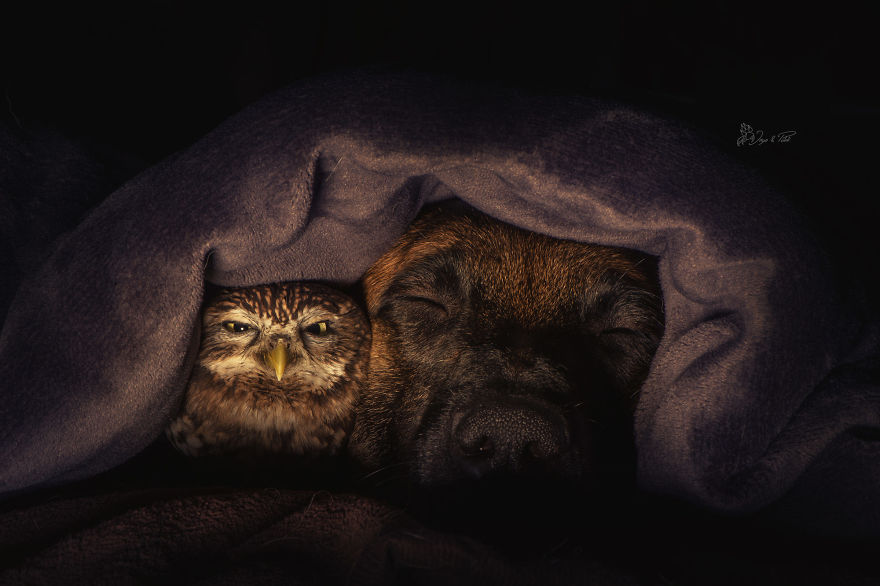 Which one of these adorable photos caught your attention?

UNBELIEVABLE—Lion and dog share a special bond, their friendship is just...