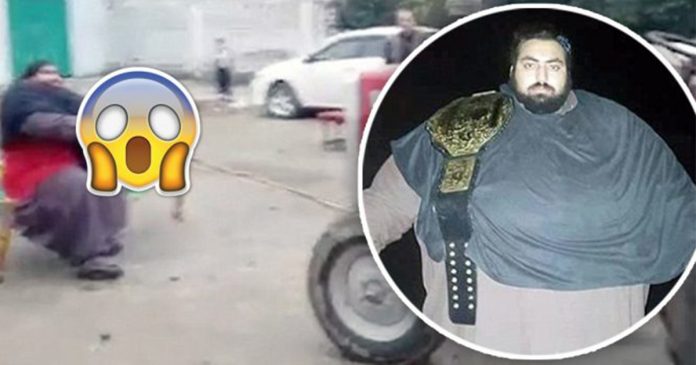 This incredibly bulky Pakistani man recently made headlines as the world’s strongest man when a video of him pulling a tractor on reverse by a rope went viral on the internet. 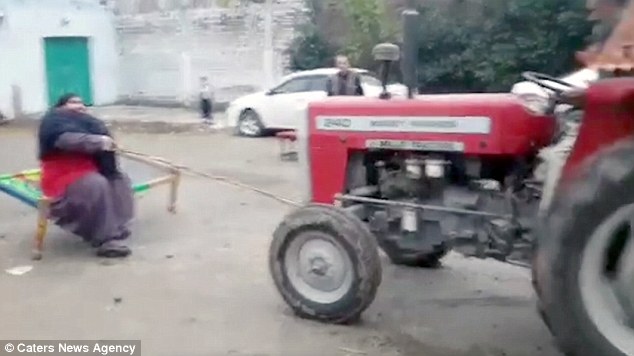 Arbab Khizer Hayat, 25, who weighs at 435 kilograms has already been nicknamed as Pakistan’s Hulk. 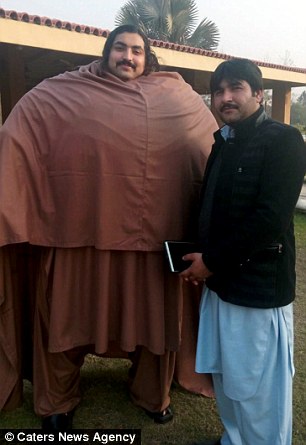 Apart from his massive weight, he also consumes an incredibly high calorie diet which amounts to 10,000 calories per day. His diet usually consists of 36 eggs for breakfast, 3 kilograms of meat, 5 litres of milk and much more.

Even though he consumes extremely large meals every day, he claimed that he has never have any health issues regarding his phenomenal weight 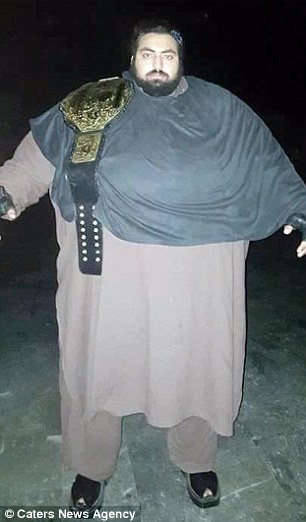 “I don’t have any medical conditions nor do I feel uncomfortable with my weight. But I have to keep at it if I want to become a world champion strong man,” he said 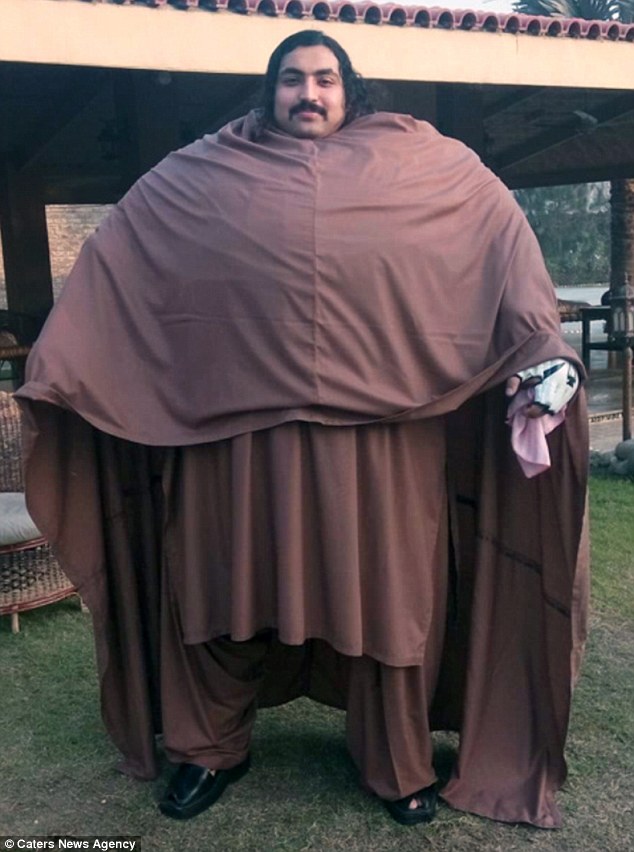 “My aim is to become the champion. I am thankful to God for giving me this body. It is a matter of time before I get into the world weightlifting arena,” said Hayat.

Hayat is very famous in his country for his daring stunts and has gained thousands of fans.

However, he said that his real dream is to enter World Wrestling Entertainment (WWE) competitions 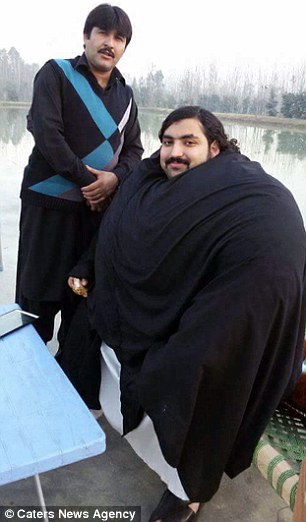 “I started gaining weight in my teens but I realised that I wanted to get into weightlifting and strongman championships. So I continued to put on weight,” said Hayat.

Hayat claims that he lifted a weight of more than 4, 535 kilograms during a Japanese championship.

“My immediate goal is to enter World Wrestling Entertainment (WWE) competitions. I am looking to meet weight targets and I am consulting doctors to keep nutrition going” 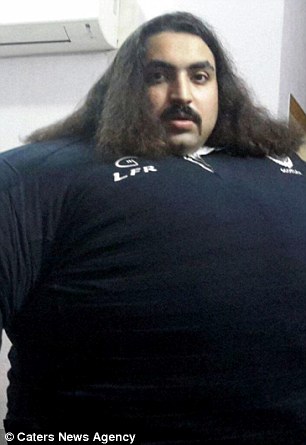 Hayat further said, “I get a lot of love and admiration from the people here. But I dont want to stop here. I want to become a world star.” 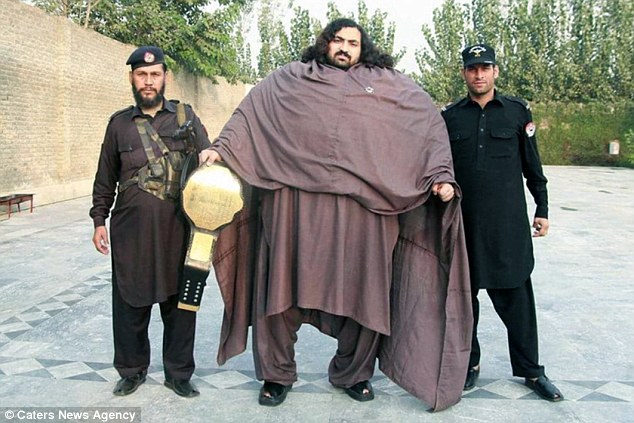 He is definitely committed to realising his dreams. We would love to see Hayat in the WWE competitions one day!