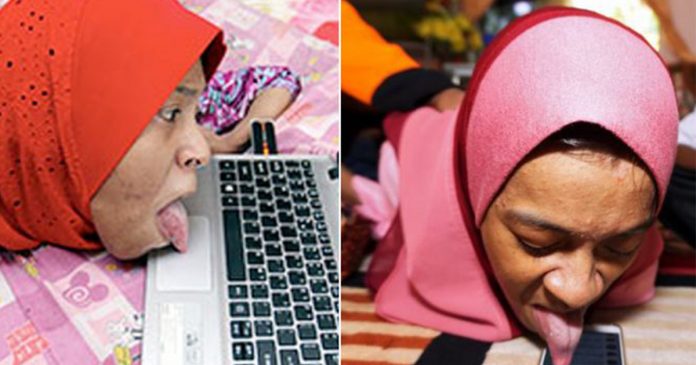 Since only turning a year old, Nursamawati Mahmud was diagnosed with physical impairments which caused her hands and feet to curl up. This made it nearly impossible for her to move around on her own and she had to depend on her family members for help.

Despite being born with her condition, she did not let her physical disability stop her from helping her parents financially. 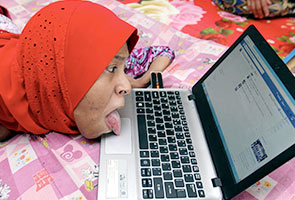 Kak Long has adapted and instead of using electronical devices such as laptops and smartphones with her hands, she uses her tongue! She did not let the fact that she couldn’t use her limbs to hinder her from helping her family grow their business.

“I want to use the internet to expand my mother’s business… so far, her products had been marketed around locally,” said Kak Long who is the eldest among five children.

She continued to say “I’m not just on Facebook, but also on Instagram and WeChat to communicate with my friends, I also introduce them to my family’s Mahmudah branded sauces and soy products to increase family income.”

According to Kak Long, since promoting the business extensively through social media, the demand for the products from their family brand has increased and subsequently sales have also risen. Currently they are selling close to 4,000 bottles a day and the demand for it is steadily on the rise.

The eldest of these five children, Kak Long has been diagnosed with physical disabilities when she was only a year old 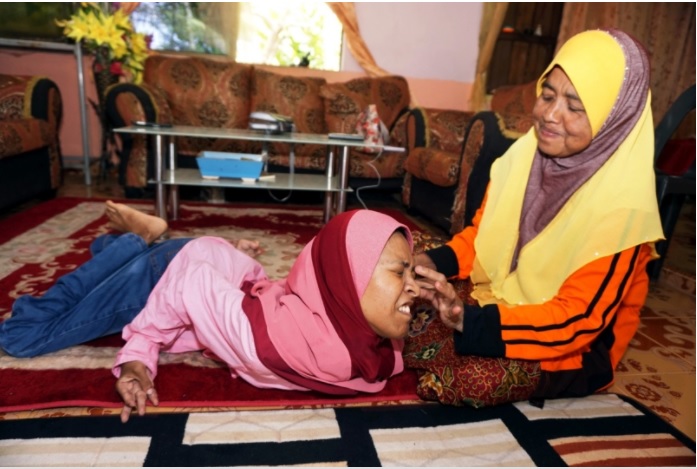 She was fully dependent on her parents, Saudah Shaari, 55, and Mahmud Hussin, 6o when she was young 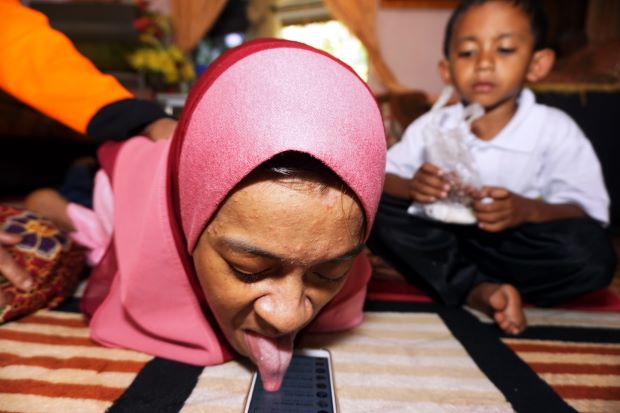 Kak Long added, “I created an account called Kak Long Nursamawati to access social media sites. At first it was painful to use my tongue but over time I got familiar to the keys and typed faster on the keyboard. I also posted photos of the sauces and received many orders for it.”

On Facebook alone Kak Long has over 1,000 contacts and customers. Her mother described her as a kind and persistent woman even though she is aware of her limitations.

According to Saudah, “Kak Long always wanted to see my business to succeed, even though our sales are slightly affected this year due to competition but she never gives up and always operates her smartphone to promote it.”

Saudah said, “Kak Long is looked up to by her siblings and they will ask her for help with their school work even though she did not attend school” 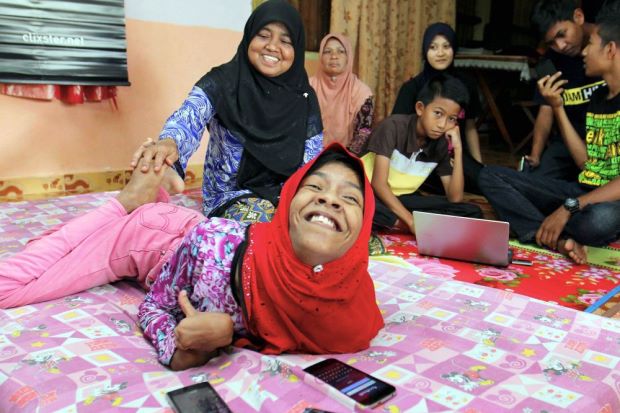 Kak Long is such a hard-working member of the family and will do anything to help her family’s business. Her parents stated they are extremely lucky to have a daughter like her.

Nursamawati Mahmud should be an inspiration to us all. Here’s to hoping their business will continue to thrive! Please share her story on Facebook.