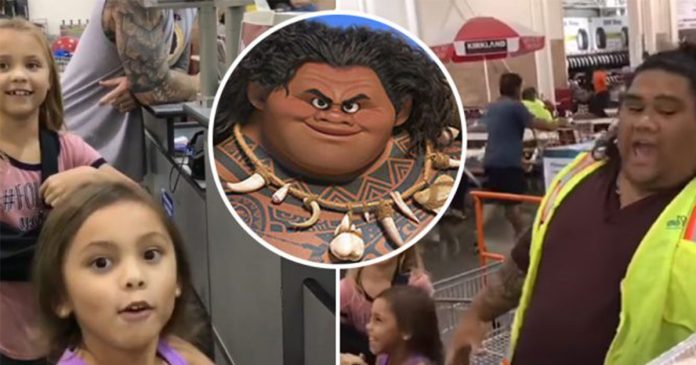 Have you ever met a celebrity in your day to day life? Although the odds of bumping into people like Zac Efron or Selena Gomez in your daily life is extremely small, it could happen because they are real-life people who exist in our world.

As much as you love the characters from an animated movie, there would be no chance of meeting them in real life because these characters were made up using a computer.

Though this may be true, Ryley, 8 and Rylyn, 6, who had accompanied their mother Rella Rivera to Costco at Kapolei Hawaii were amazed to find a person who looked exactly like Maui from the Disney animated movie Moana.

“It brought so much joy to my face to see how excited the girls were. Before I could get my phone out to video, he had already let out a loud ‘chee-hoo.’ And the girls lit up even more,” said Rivera.

Scroll down to watch the video!

Ryley, 8 and Rylyn, 6 in the store looking excited 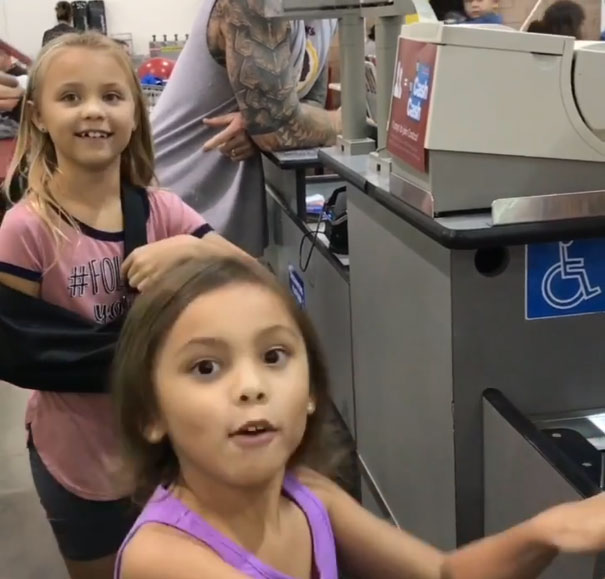 This was the guy they were looking for 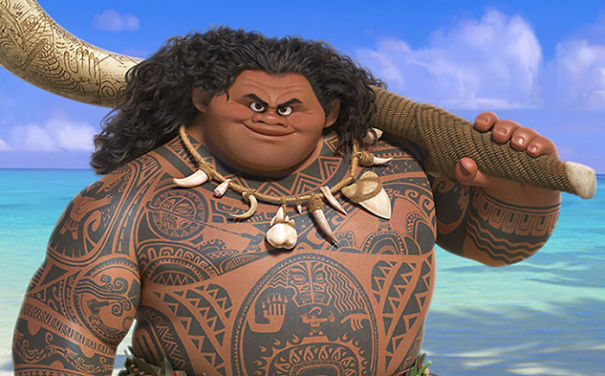 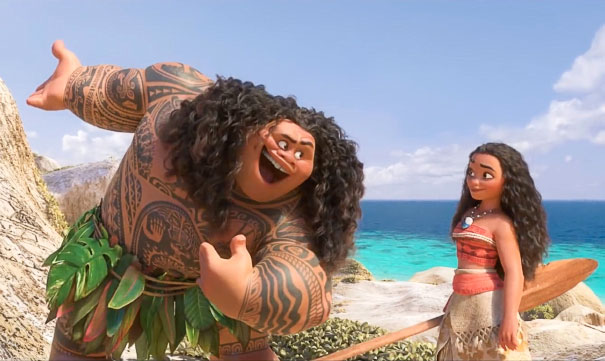 Luckily enough for the girls, they met a cashier who looked exactly like Maui.

He is in fact, a local named William Va’ana and he does appearances at parties acting as Maui because their resemblance is uncanny 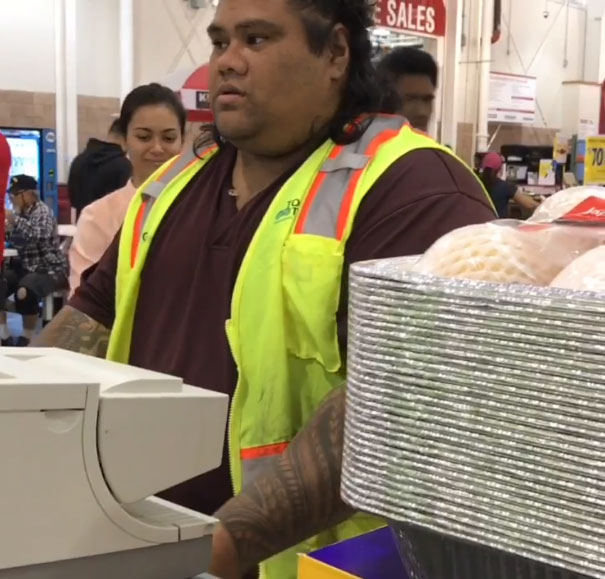 The girls not only took pictures with Will, they had a surprise in store for them!

Watch the video below to find out:

Many netizens praised the cashier’s willingness to entertain the girls in full Maui fashion:

Jen Bowser said, “I would have reacted the sane way if i saw Maui at the supermarket, he’s my favorite!”

“I want to buy this guy a drink,” Korey Gant said.

This math problem can get tricky but all you need is...