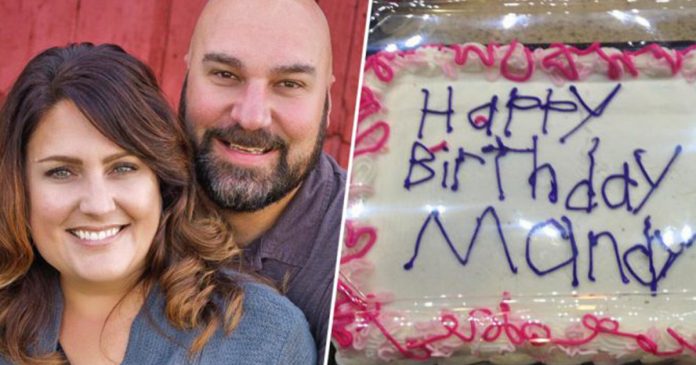 What would you do in the face of unsatisfactory service? Would you yell and complain, or smile and say “thank you” like what this nice lady did? This simple yet powerful story of kindness has been shared on Facebook over 292,000 times!

Lisa Sarber Aldrich, of Grand Rapids, paid a visit to Meijer grocery store in Gaines Township, Michigan, to pick up a birthday cake for her sister, Mandy 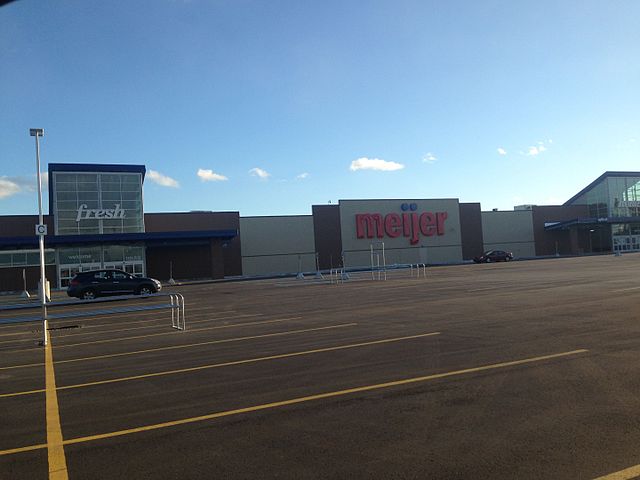 Aldrich, a mother of three teenage sons, wanted to have a frosting message, “Happy Birthday Mandy” on the cake. So, she requested a “bakery-looking-employee” to write it.

“She was very shy, but I didn’t think anything of it,” Aldrich told Mlive.com 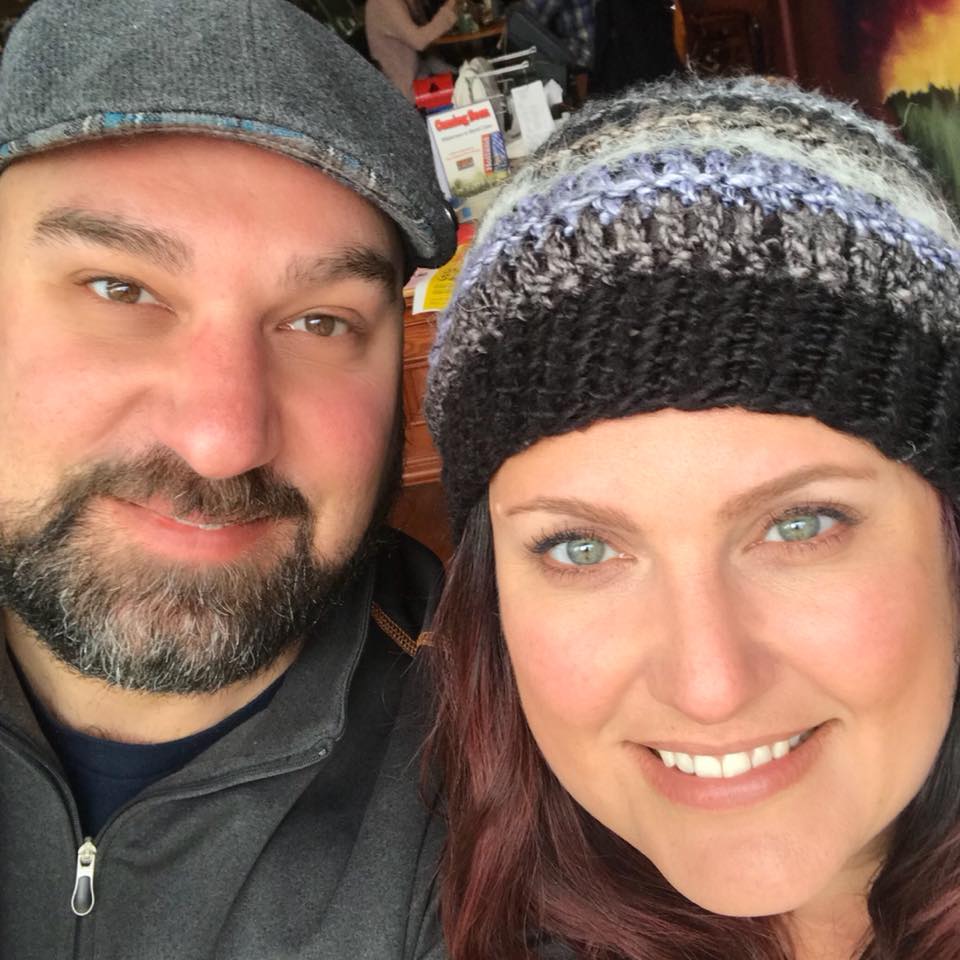 “She asked me how to spell Mandy.”

The employee returned with the cake after a long time. Aldrich thanked her without inspecting the writing.

“I looked her in the eye and said thank you before I even looked at the cake,” wrote Aldrich in a Facebook post, alongside a photo of a white-frosted cake with “Happy Birthday Mandy” written on it 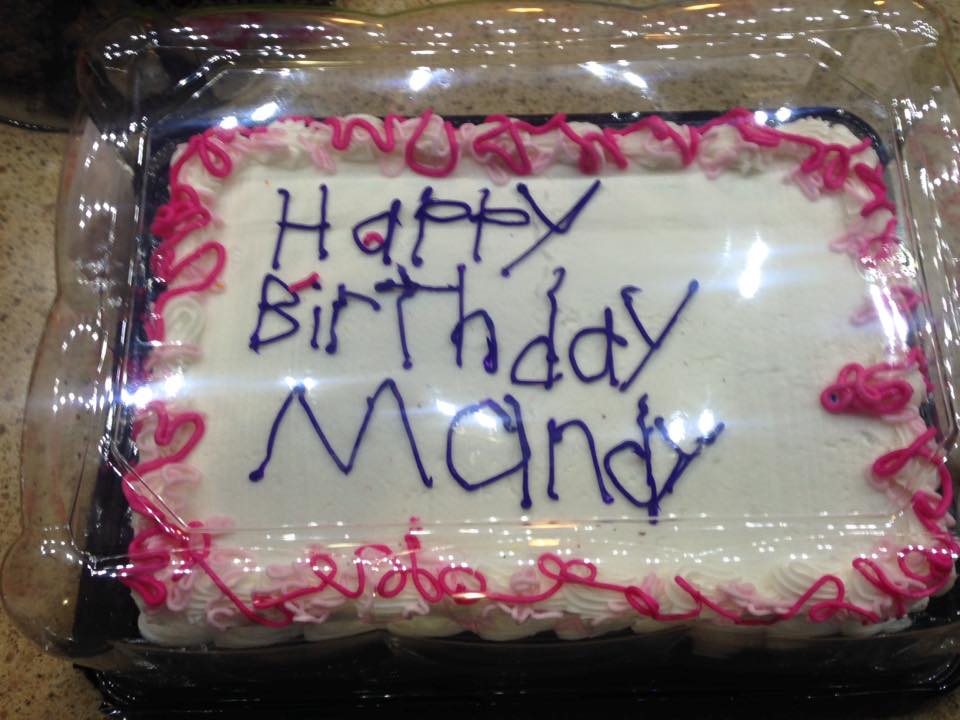 When Aldrich later saw the cake, she couldn’t help but laugh at the scratchy writing.

Despite the poor penmanship, she went to the counter to pay for it.

“After looking, I nervously laughed and headed to check out—it didn’t really matter to me that it looked so bad—I thought people would think it was funny,” she wrote 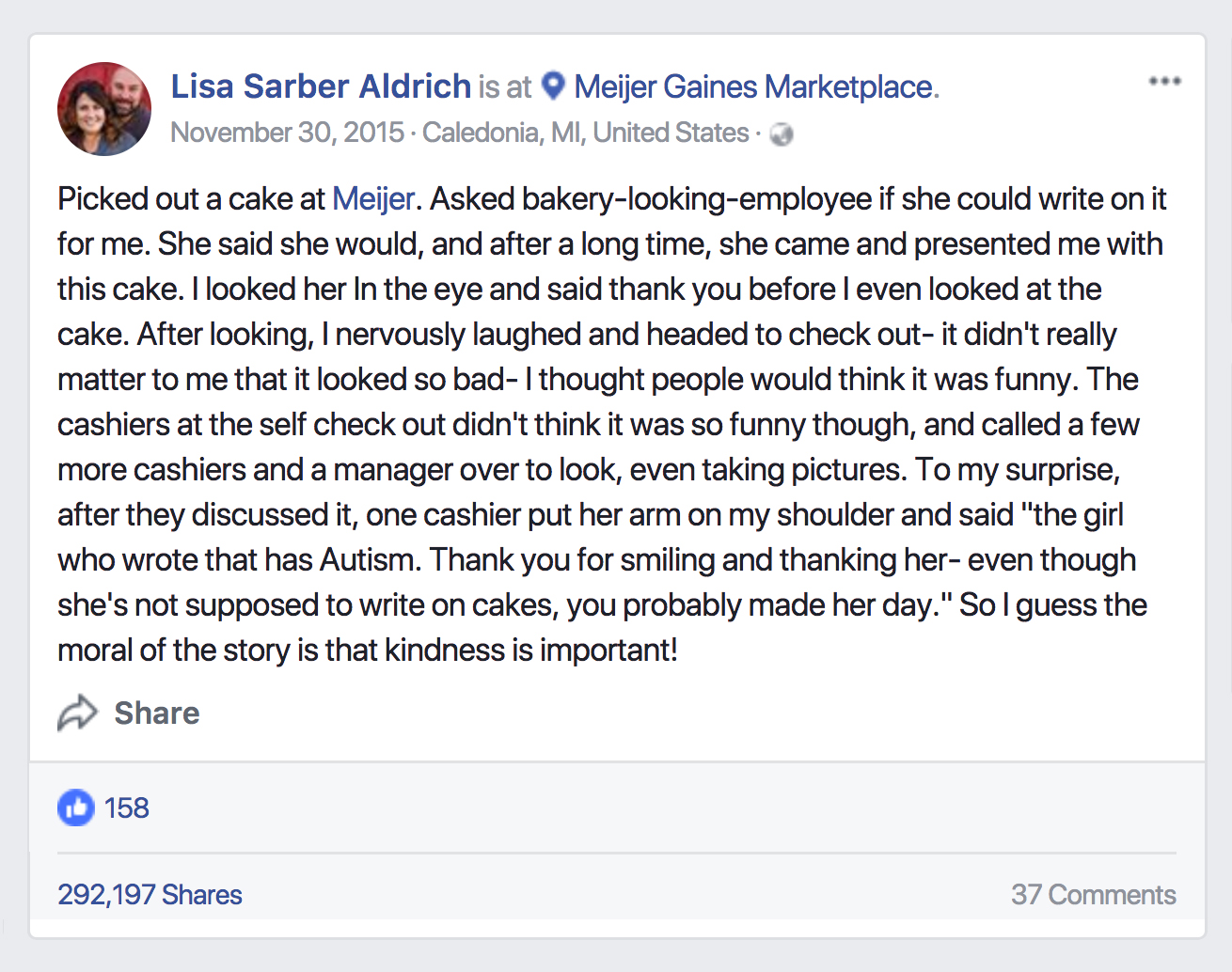 Though Aldrich didn’t mind the quirky decoration at all, the cashiers at the self-checkout were concerned. According to Fox, they offered to make her a new one, but she declined.

Then, they called a few more cashiers and the manager over to discuss the issue 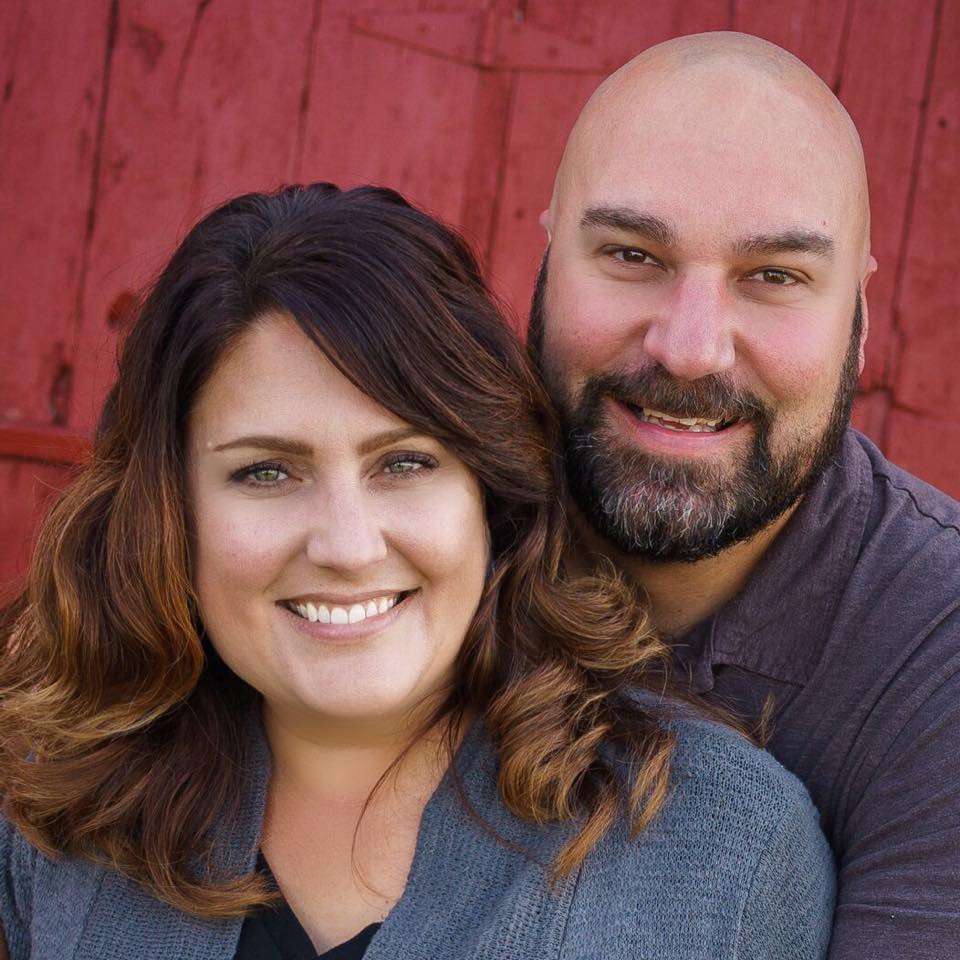 After the discussion, one cashier put her arm on Aldrich’s shoulder and said, “The girl who wrote that has autism.” Aldrich was surprised to hear that.

“Thank you for smiling and thanking her—even though she’s not supposed to write on cakes, you probably made her day,” the cashier told her.

Aldrich concluded her Facebook post with the message, “I guess the moral of the story is that kindness is important!” 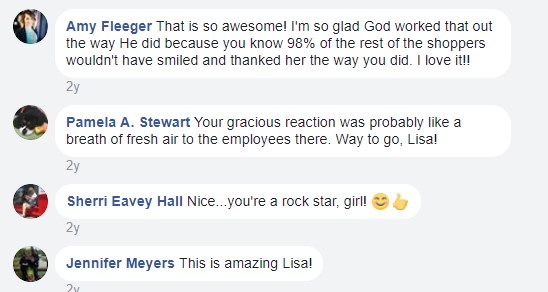 The unique cake, as well as Aldrich’s story of kindness, instantly won the hearts of netizens who saw it, and garnered over 292,000 shares.

“Your gracious reaction was probably like a breath of fresh air to the employees there. Way to go, Lisa!” one Facebook user wrote.

Another commented, “…98% of the rest of the shoppers wouldn’t have smiled and thanked her the way you did. I love it!!” 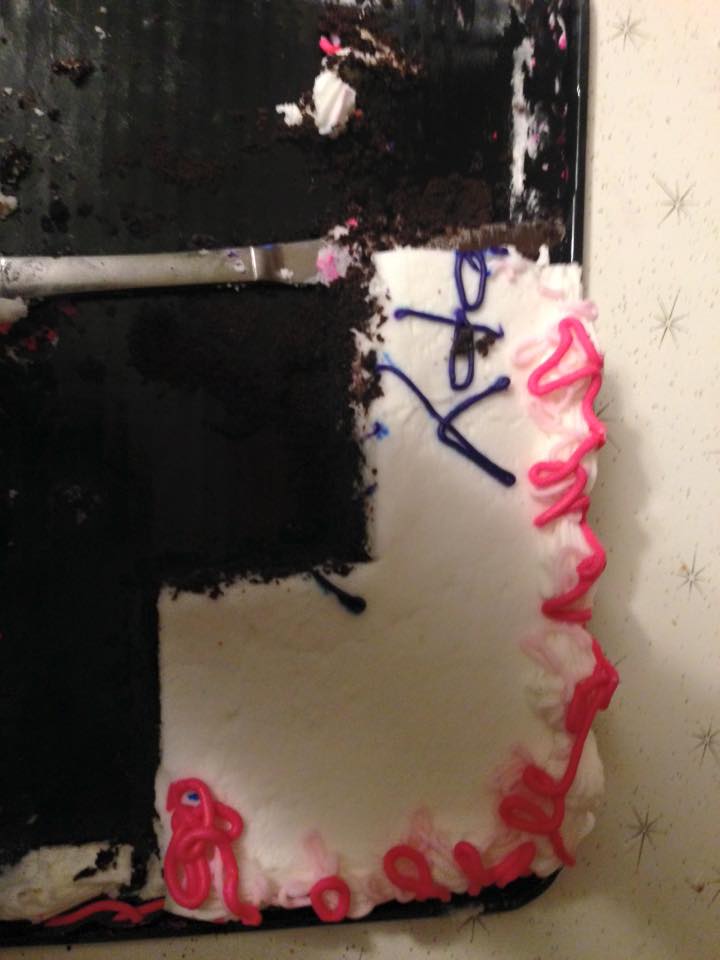 Since the post went viral, Aldrich received thousands of messages from people all across the nation, expressing their thanks. “People are sending me pictures of their children with autism,” she said.

For those who questioned the authenticity of this story, Aldrich wrote in a separate post, “This is not a Meijer marketing ploy. I never asked for all this publicity, I just wanted people to consider being nice to each other.”