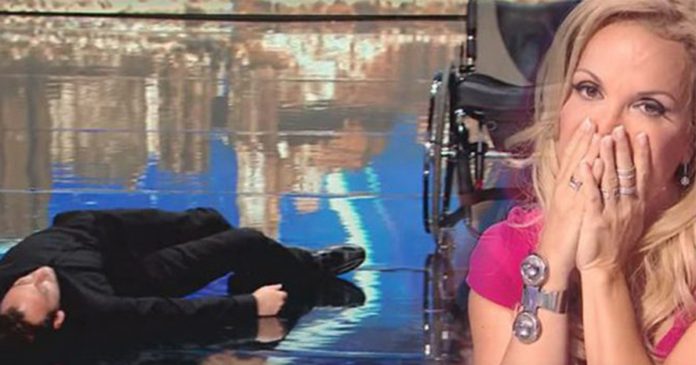 Life is often as tragic as it is joyful, and long-held dreams can be shattered in a single moment. For many, that would be the point when they give up and fall into despair. But for this young man who loved dancing, not even becoming paralyzed was able to keep him from his passion. Just look at what he achieved in this epic talent show in France!

Florent Devlesaver had always dreamed of being a professional dancer. As a teenager, he was already being noticed for his proficiency on the dance floor. He didn’t think anything could stop him.

But then an accident ended his rise.

A roofer’s apprentice after school, Florent suffered a serious injury at work. Suddenly, he was paralyzed in both legs and there was no hope for recovery 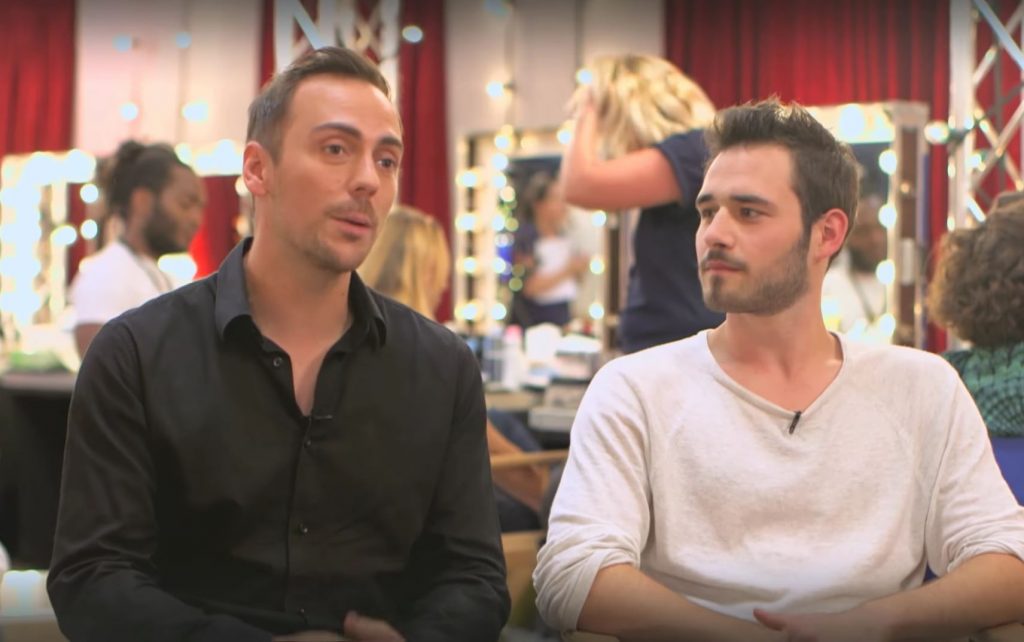 For a time, he gave in to grief. Just a boy, he didn’t think he would ever dance again. But somehow, his love for the artform survived, and a part of his heart kept his dream alive.

Nine years after the accident, a 25-year-old Florent met Carine Granson. It was at her dance school in Belgium that Florent started believing that he could achieve the impossible.

Every day, he began to discover that there was no limit to what his body could do even in this new life 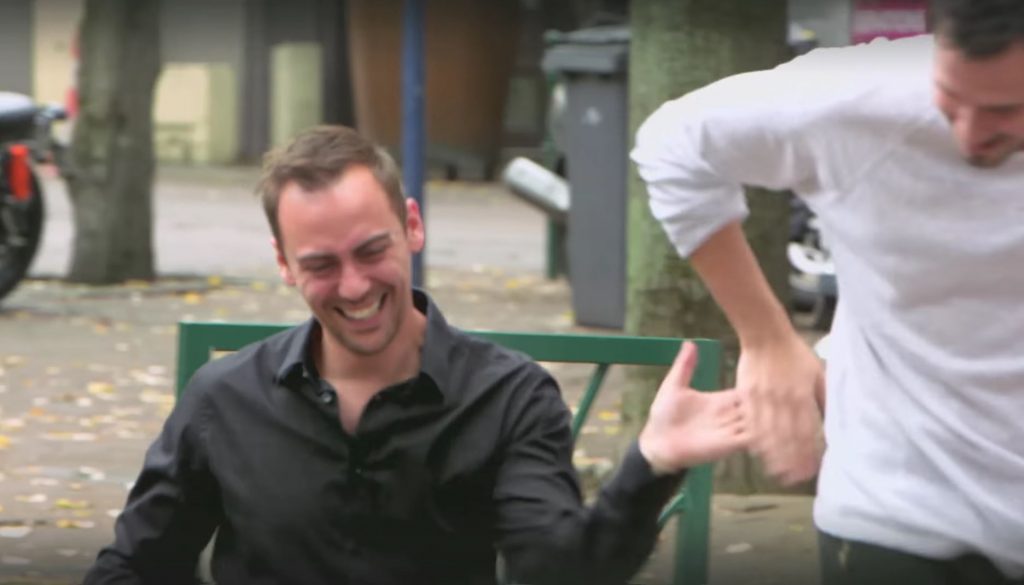 Justin Collin was a teacher at the school, and it was there that the two bonded over the hours of hard work Florent put into training himself. No matter how many difficulties Florent faced in his journey, Justin never lost patience or enthusiasm. “Instead of pushing me,” said Florent, “he takes the time to see how I can do something.”

Soon, they were finding ways to turn Florent’s wheelchair into a seamless prop on the dancefloor, and a way to express the intense emotion of their story, instead of a symbol of Florent’s disability.

When Carine saw what they were trying to do, she helped them choreograph a performance that went on to win accolades from Jacques Marsa of the Opera of Paris 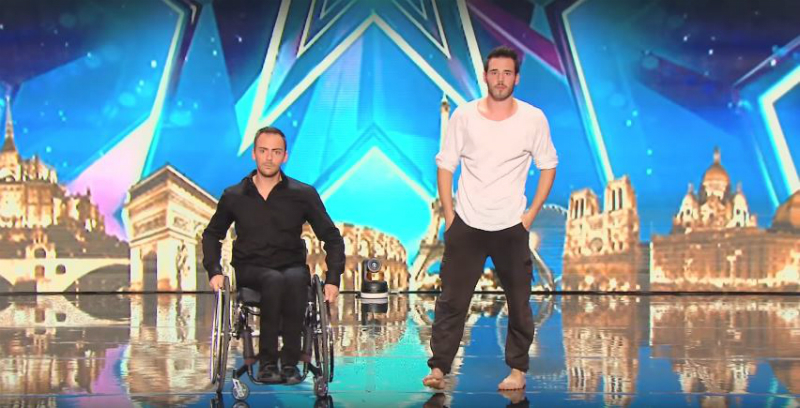 After this, they were unstoppable. They auditioned at “France’s Got Talent,” and the story they told on the dancefloor brought the judges to tears.

There was a sense of truth behind the fiction.

Florent and Justin seemed to draw from the history of their own friendship as Justin portrayed an able-bodied man eager to befriend Florent, while his man in the wheelchair rejected every attempt at forming a bond 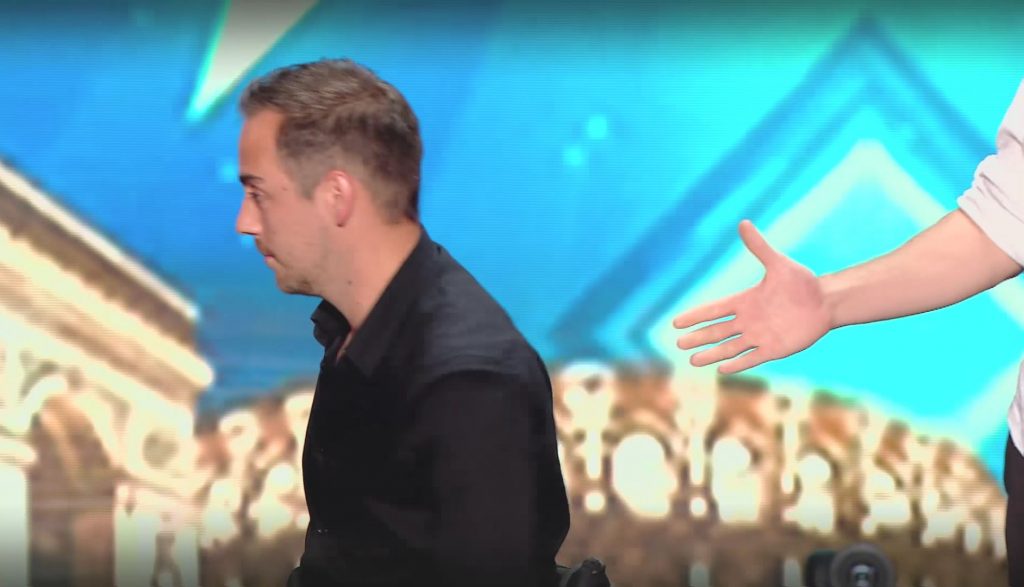 Whenever Florent fell down, Justin was there to help him up. At first, this filled Florent with resentment and anger, but slowly he seemed to realize that everyone needs help in life. Then, in the final moments of the performance, Justin is the one to fall, and Florent is there to help him get back up.

The judges and the audience were on their feet giving the duo a standing ovation even before the music stopped playing. 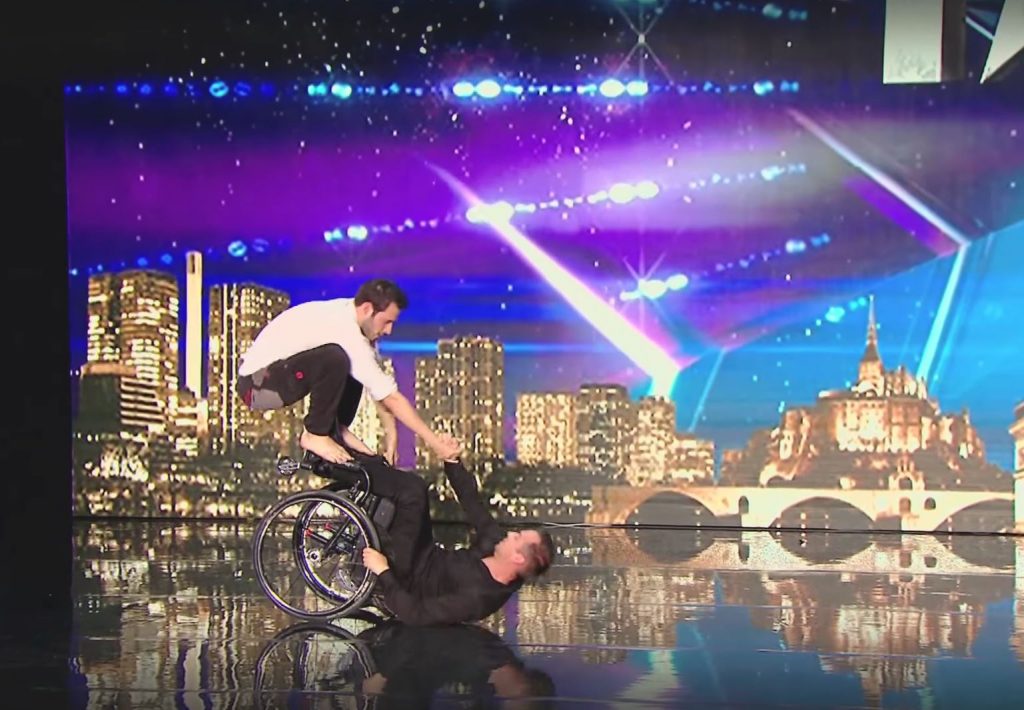 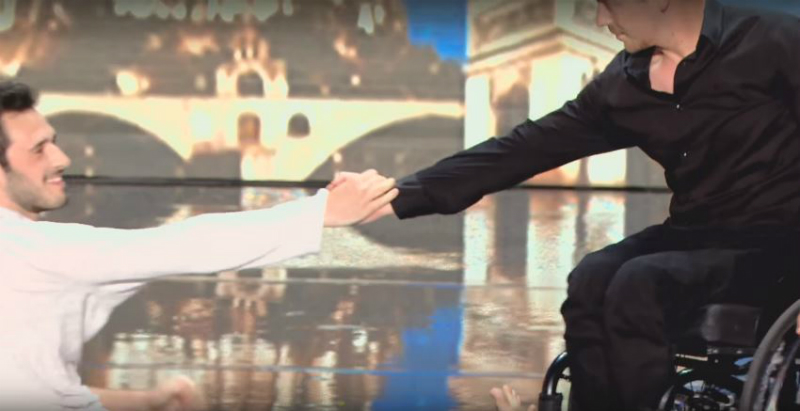 Kamel Ouali, choreographer and judge, told Florent that “your great success is that we forget that you are in a wheelchair!”

Believing that they needed to test the two no more, Judge Eric Antoine pushed Florent and Justin straight to the finals by hitting the “golden buzzer” 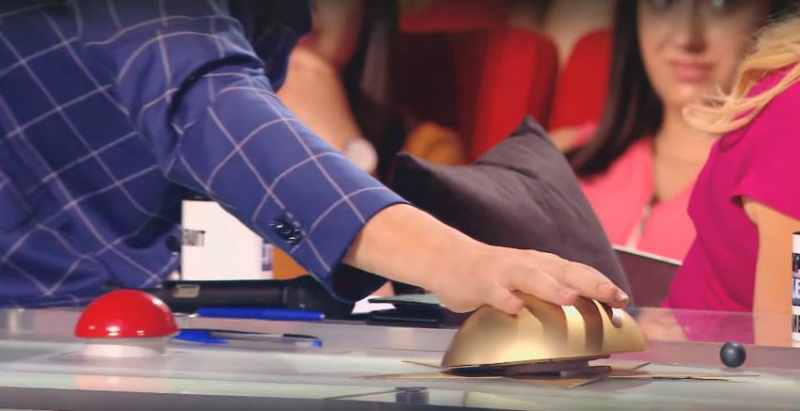 As the stage exploded with confetti, the friends hugged each other in celebration.

The chance to perform at such a large stage was everything Justin had wanted for his incredibly tenacious friend. And as for Florent, he was glad that “it will help Justin to make himself known.”

At some point, their own goals had become less important than what they could do together. The success of one now brought the other happiness.

With talent and tenacity on their side, these two dancers have the potential to achieve anything they set their minds to. And they’ll be helping each other the whole way.

Watch this epic performance below:

Nine-year-old Celine did it again in America’s Got Talent and even...