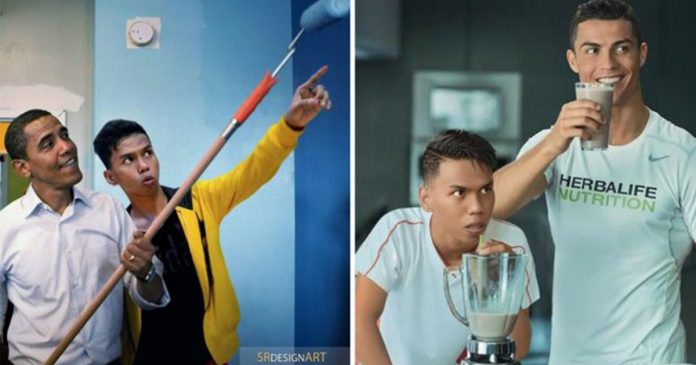 Editing pictures is something a majority of us will do when it comes time to post the image on social media. It is only natural to want to look our best when a picture of us is put up on Instagram or Facebook for our friends to see. When it comes to Photoshop however, we guarantee that nobody can compete with this man from Indonesia.

Many people have attempted to use Photoshop in order to include themselves in pictures with celebrities. Syahril Ramadan has mastered this as his Photoshop skills are nearly seamless. Syahril always thinks of new concepts to make him look like he’s in the picture with a celebrity. Apart from his impressive Photoshop skills, he also has incredible facial expressions which bring his pictures to life and make it look more authentic. Syahril also has his own website offering graphic design services.

According to the New York Film Academy, photography has been around for a really long time but recently with the advent of technologies such as Photoshop and other editing programs, the process for producing amazing pictures is far easier than before.

In the past, there were no sophisticated computers or applications which can help a photographer produce graphically modified pictures. Effects can only be added during the photo shoot by adjusting the camera lens or by bringing in physical props for the model.

Syahril, who is new to photography, is applying his skills in graphic design to edit his pictures and the outcome is hilarious. This Photoshop genius is from Batam, Indonesia and has recently graduated from vocational school. He is now working as a freelance graphic designer. He thought himself how to use Photoshop in 2011 and states that he is still learning.

Check out some of his masterpieces below:

#1 Relaxing with the cast of Jumanji 2 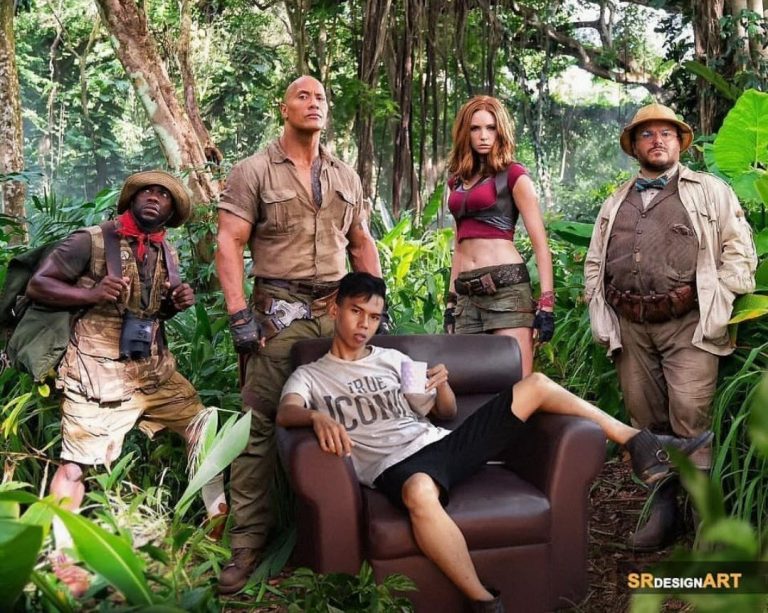 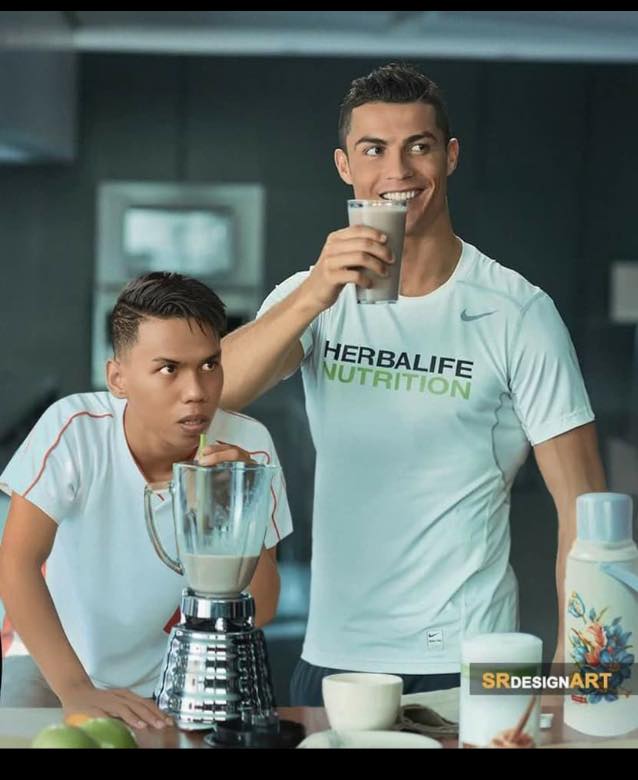 #3 Just taking a casual selfie with my girlfriend 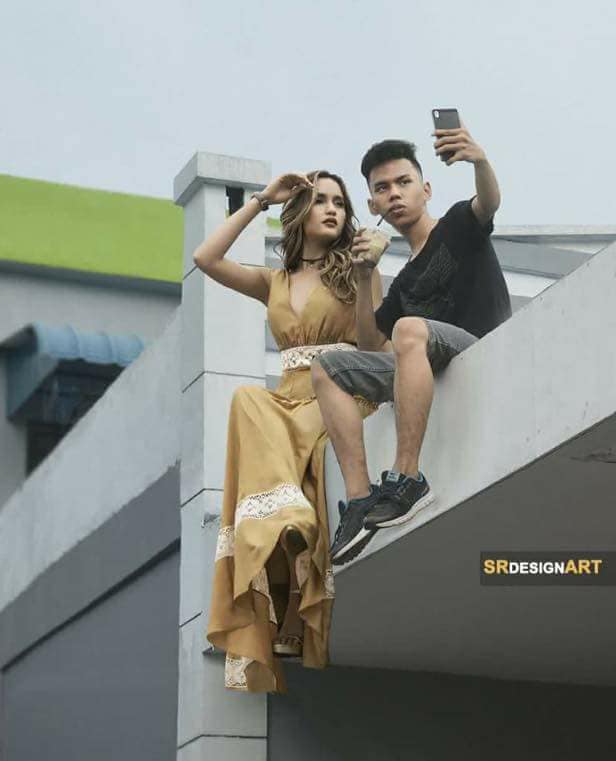 #4 Excuse me miss, is this man handsome? 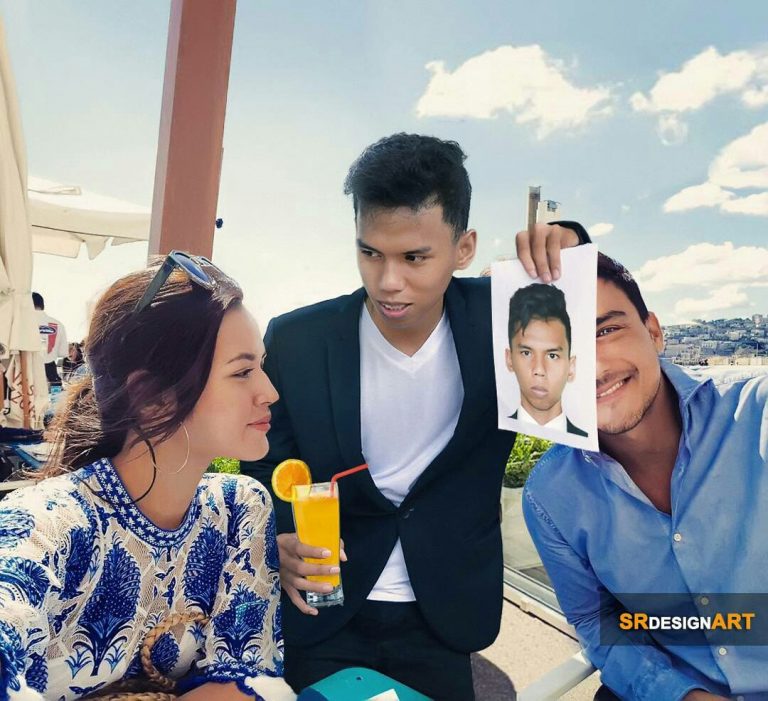 #5 Maybe i can replace Aquaman in the upcoming film 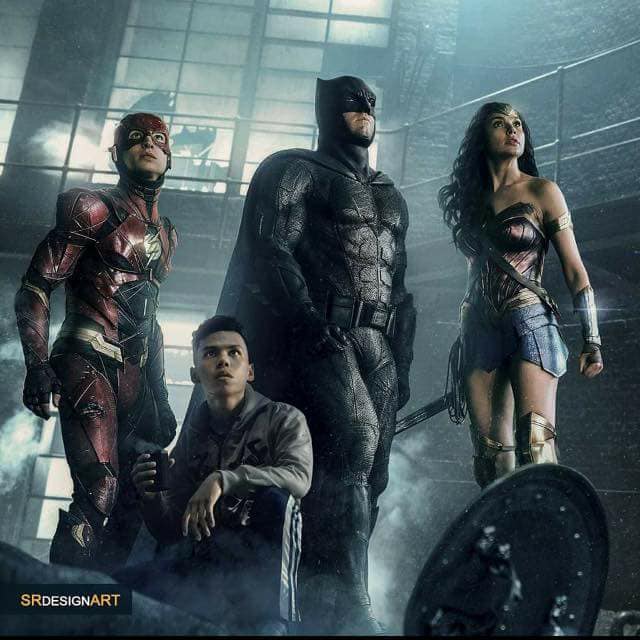 #6 Selena! I just cleaned the floor! 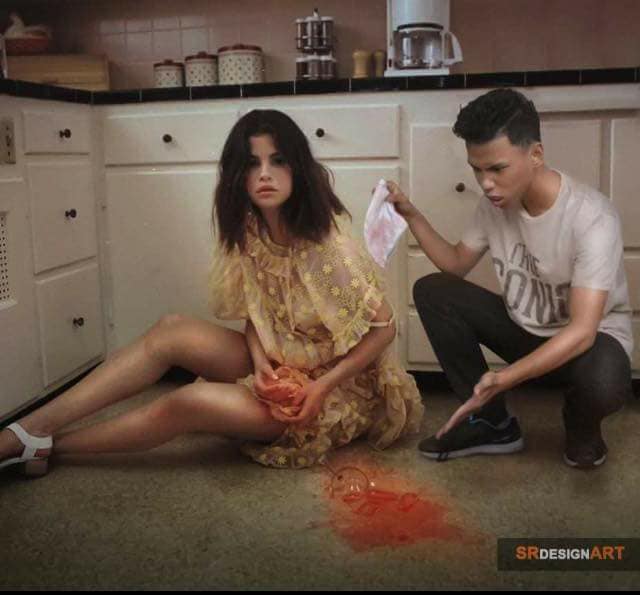 #7 Let me massage your legs sweetie 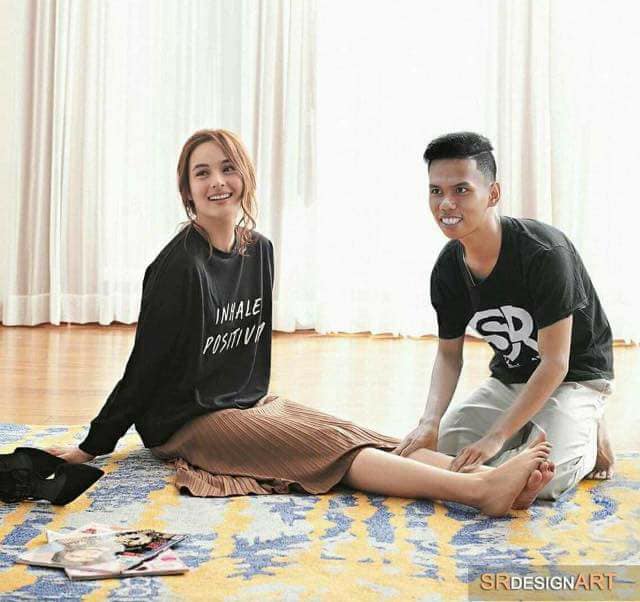 #8 You see that guy over there? He’s the one who spilled water on me yesterday 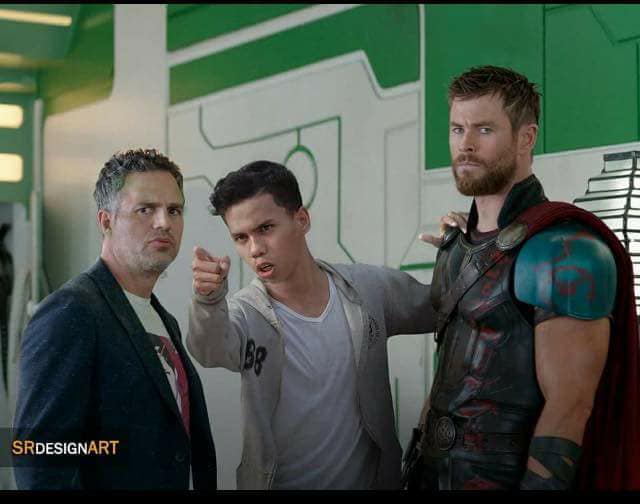 #9 If you’re bored you can go hang out with your friends, I’m busy! 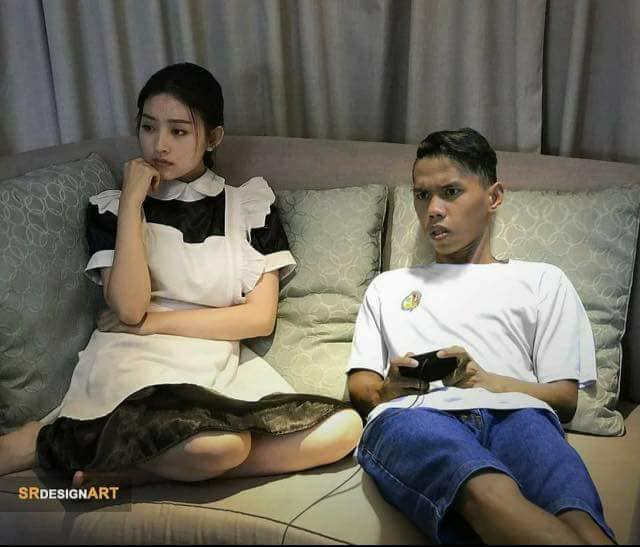 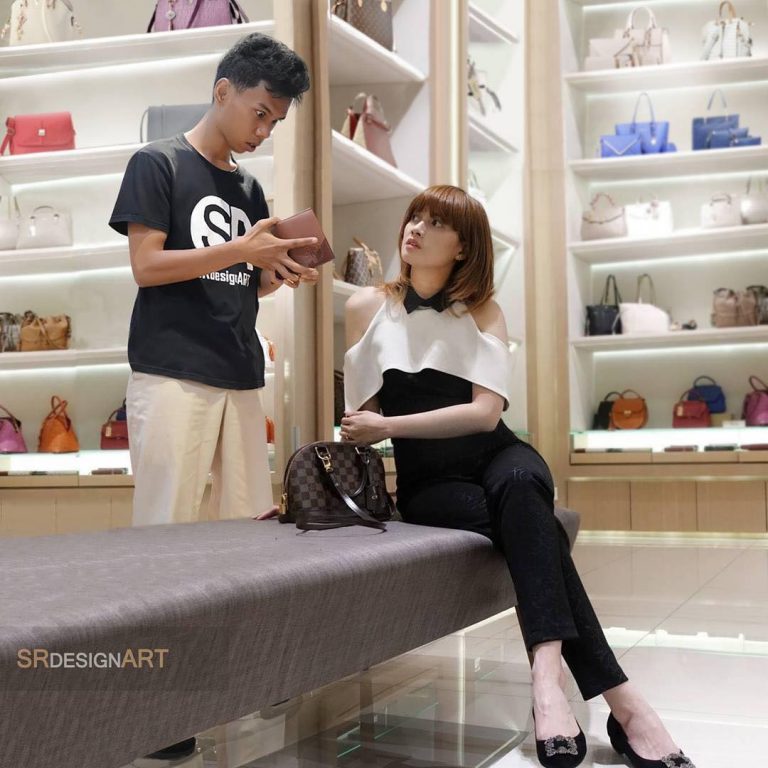 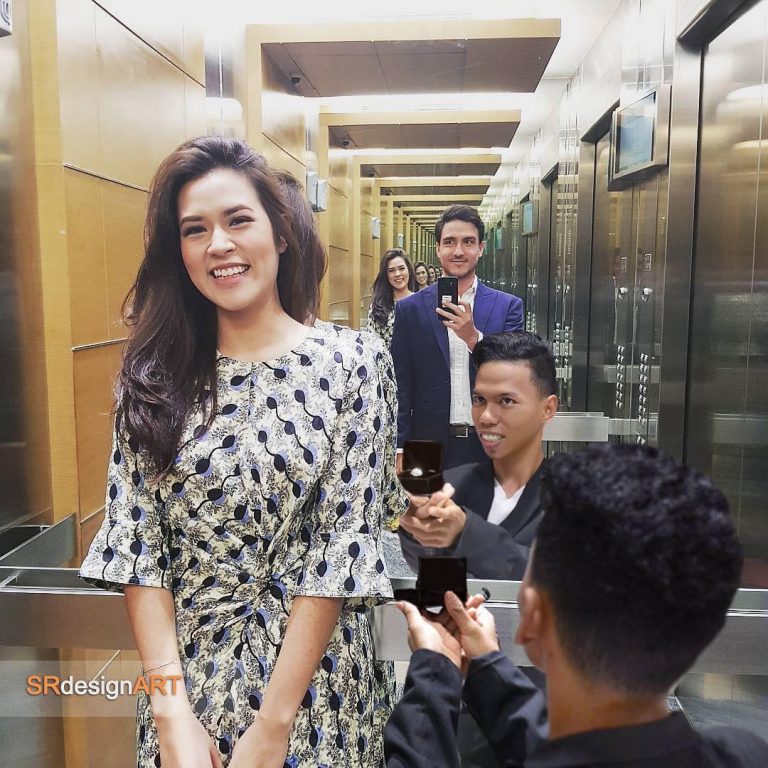 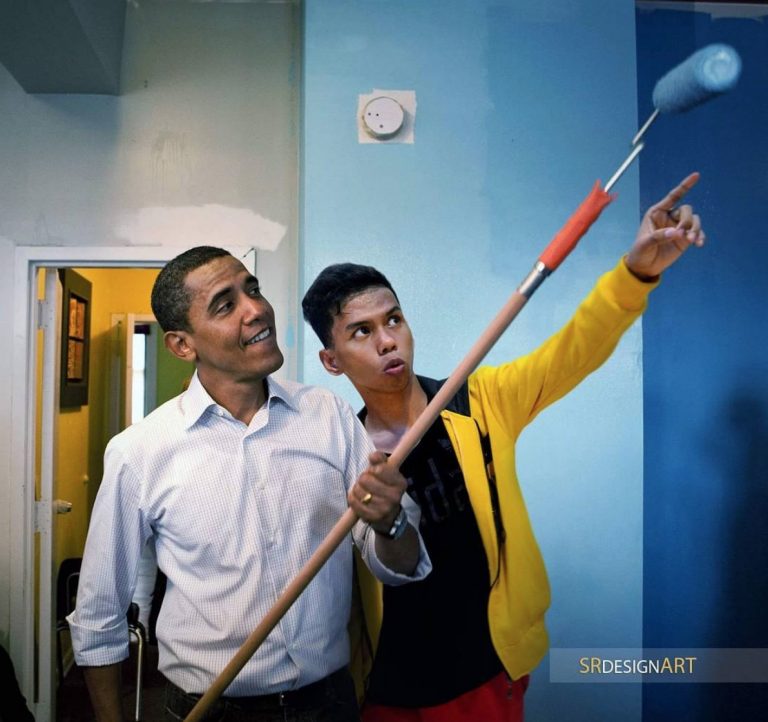 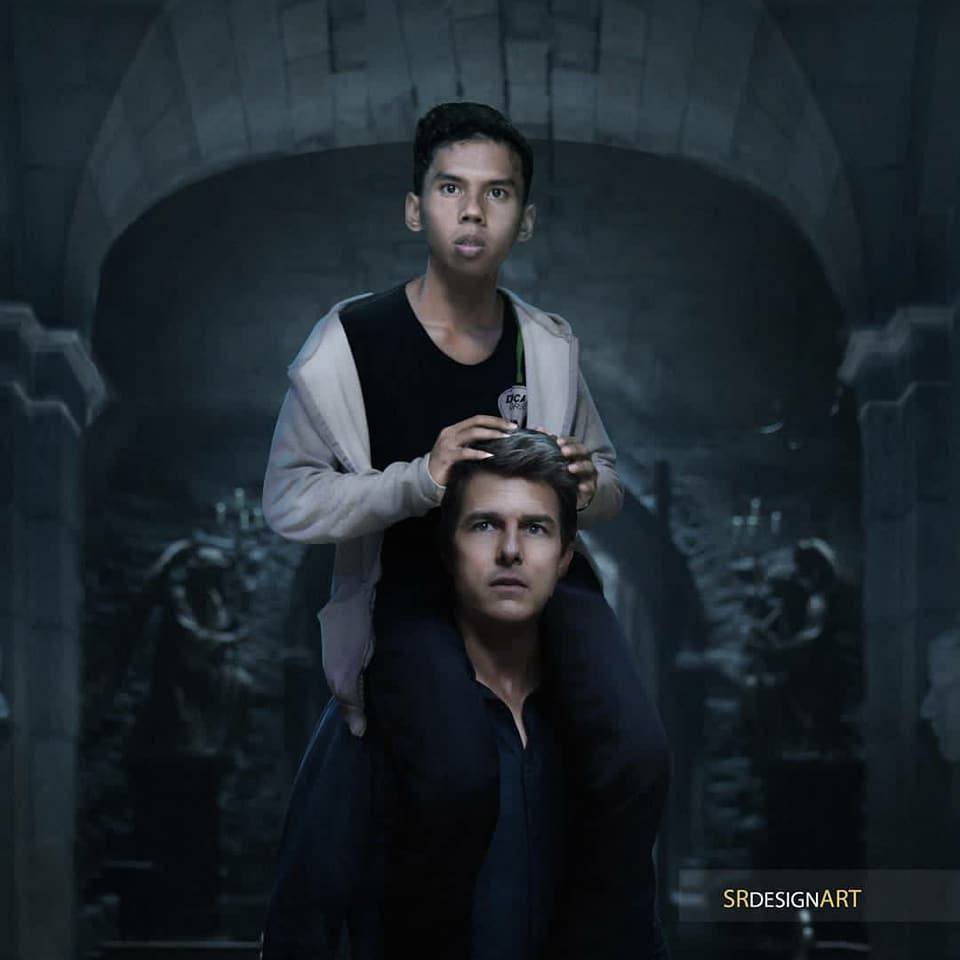 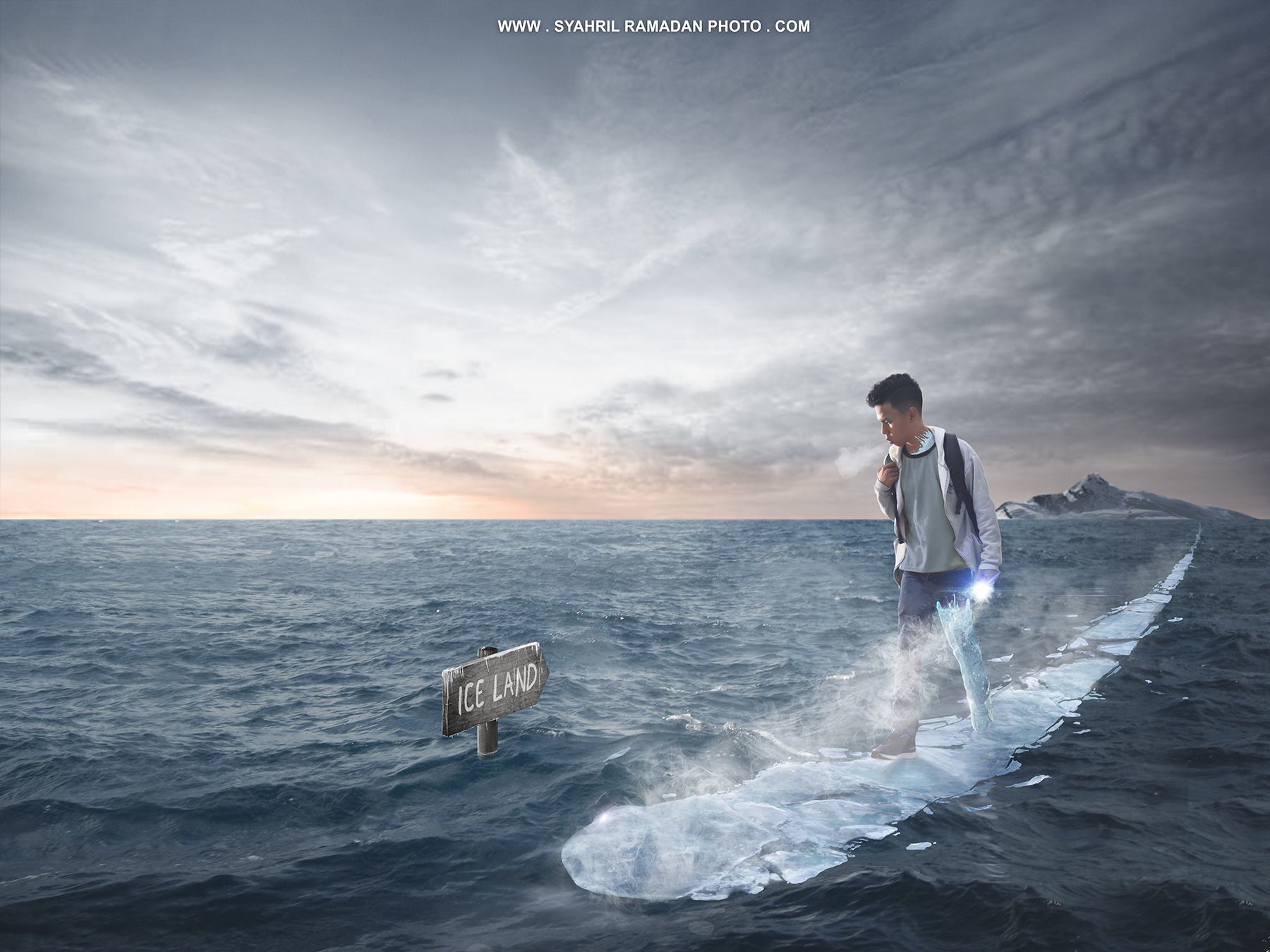 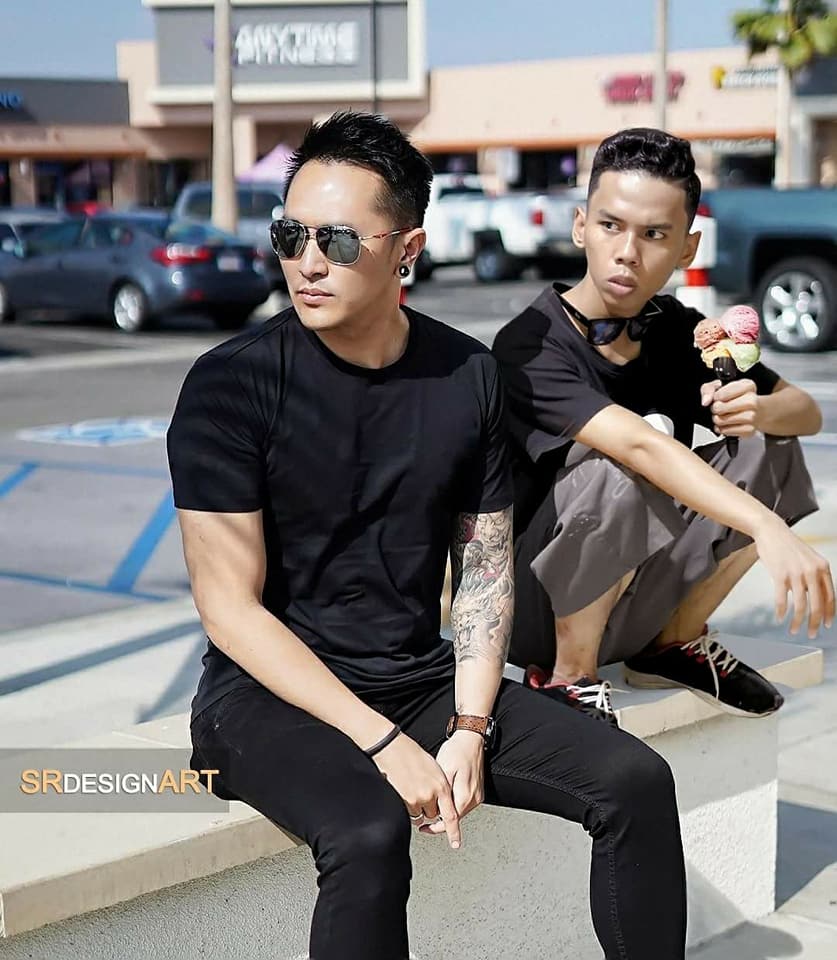 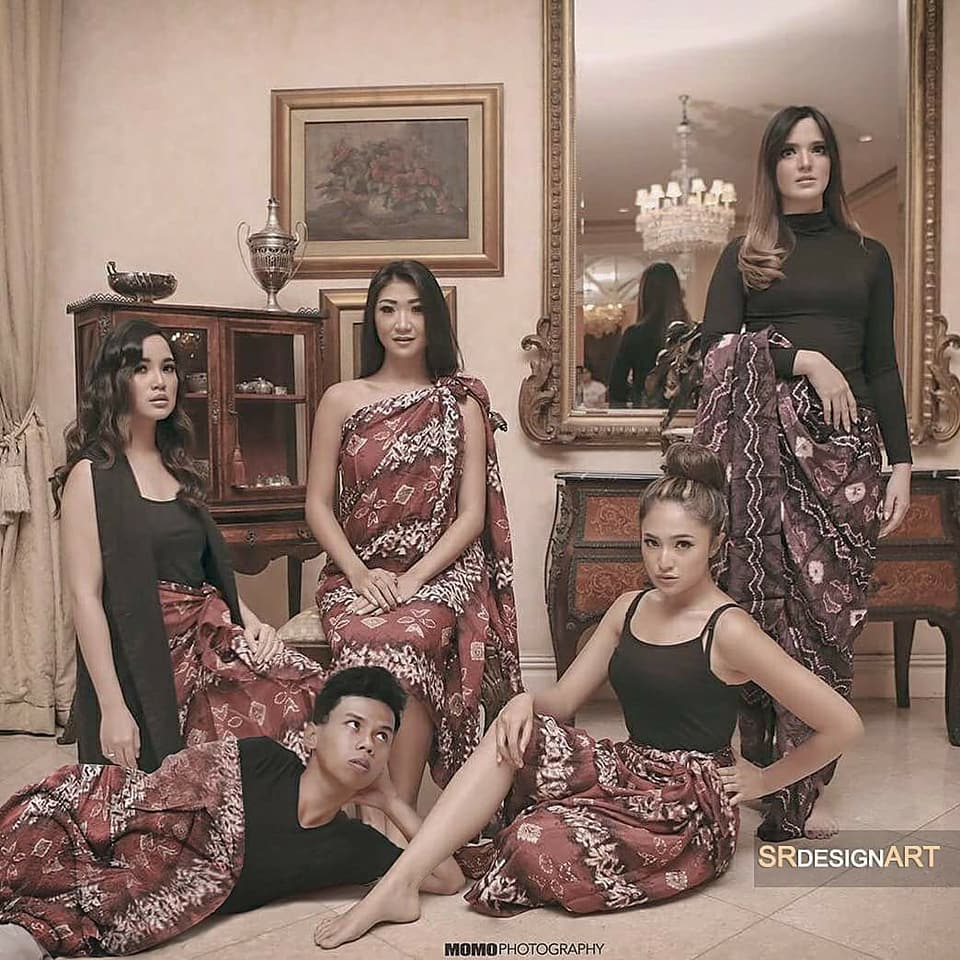 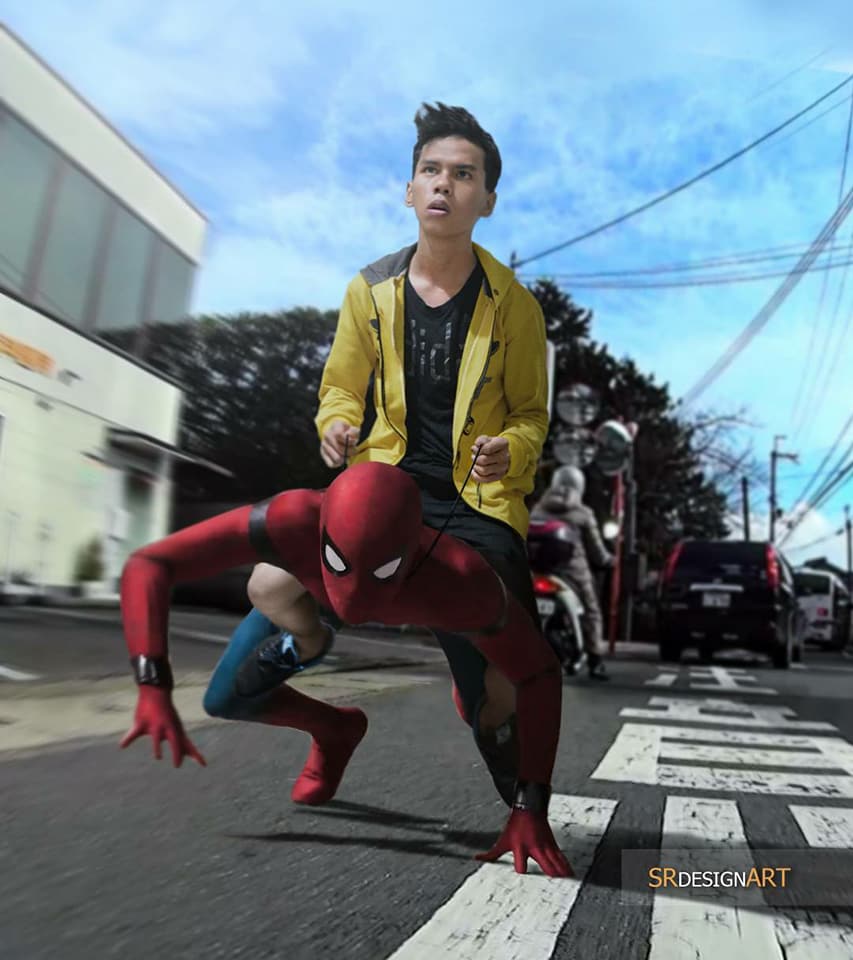 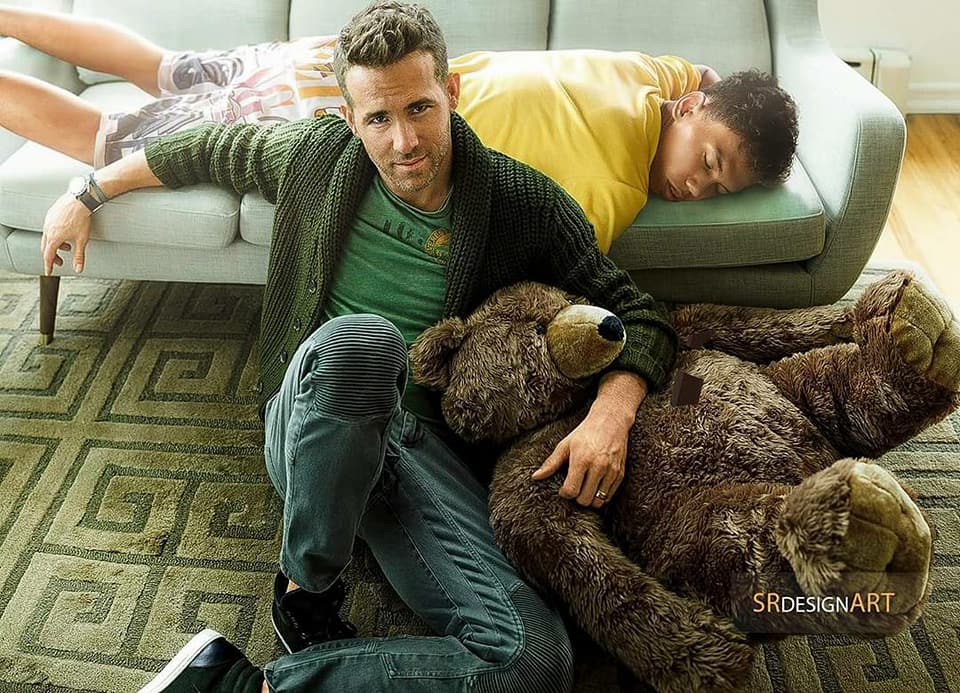 #19 Can’t you feed yourself Justin 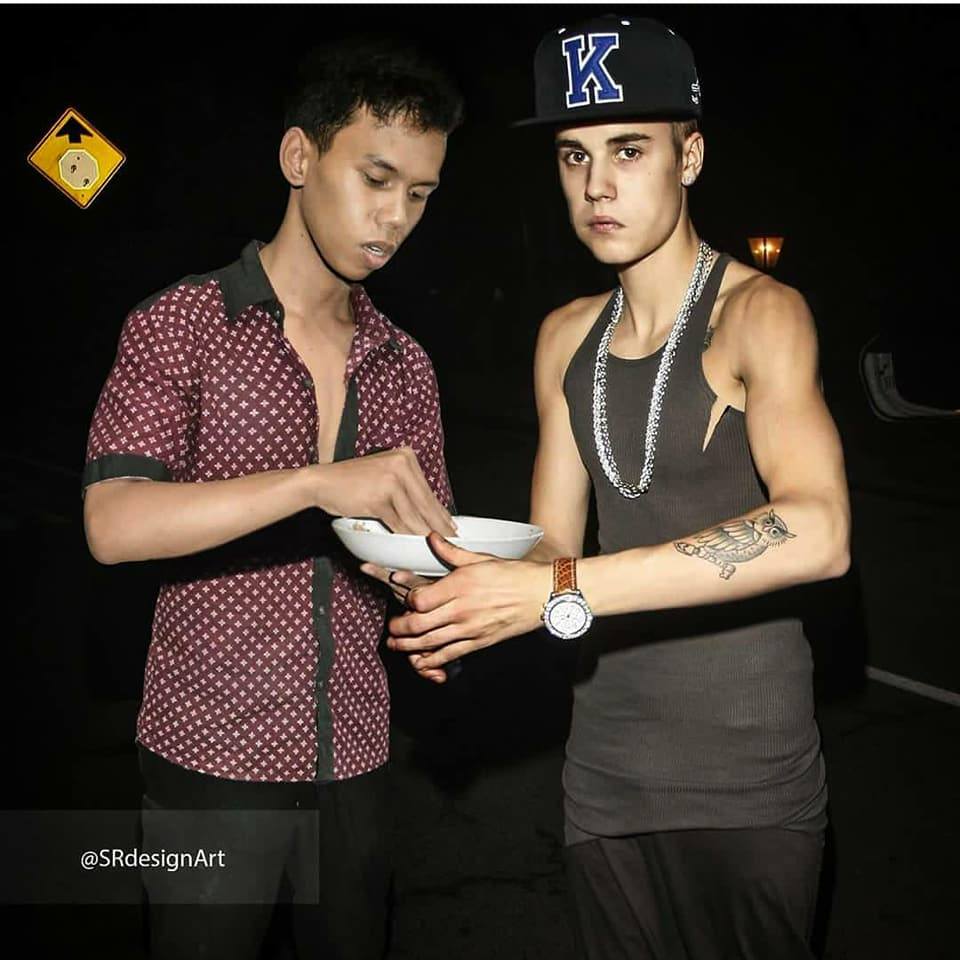 #20 Bruno introducing me to his celebrity friends 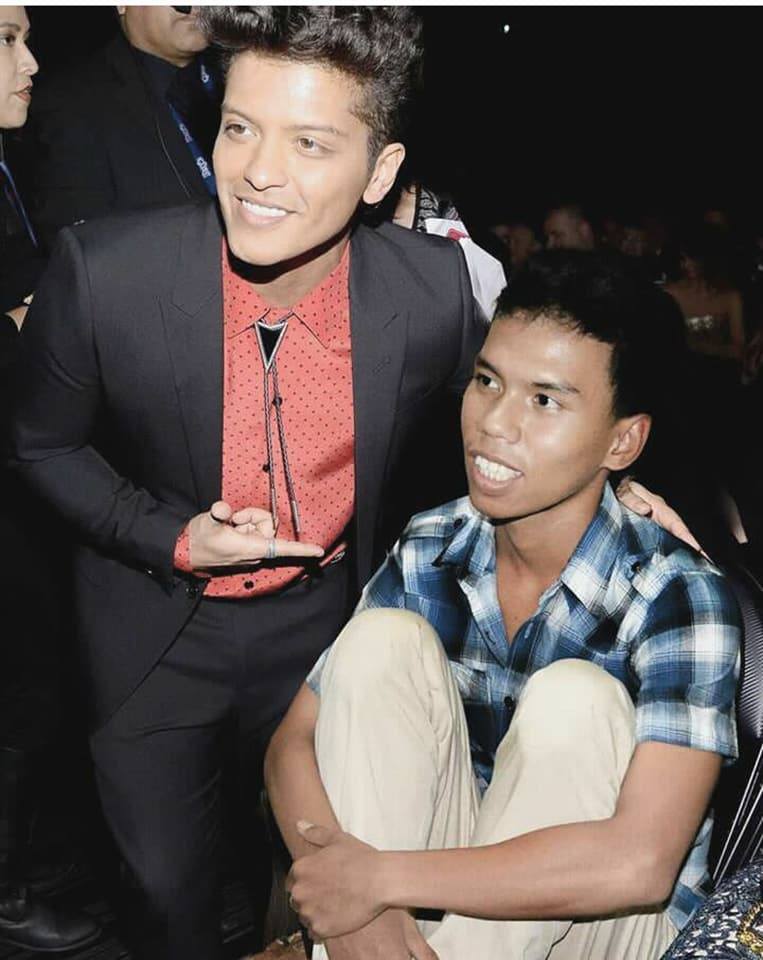