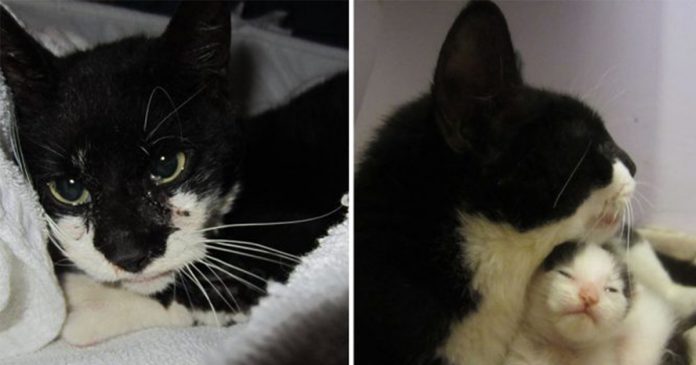 A cat in Cincinnati, Ohio, was sent for an emergency surgery after being found severely abused and injured. The cat survived a reconstructive jaw surgery, and was finally able to eat and drink again. But, what came next was a surprise to all who witnessed this cat’s relieving recovery. 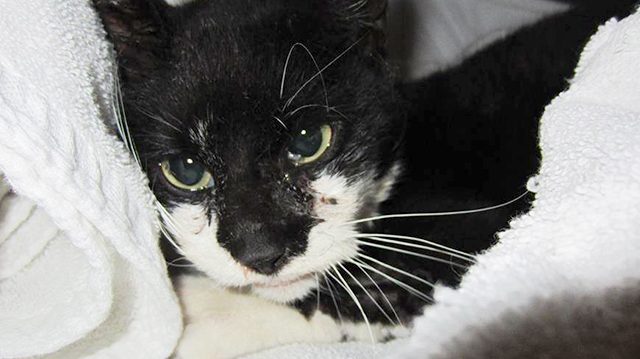 In March 2016, a stray cat named Sweetie was found severely injured and had to be rushed to a veterinarian for an emergency surgery to “literally put her mouth back together.” “Her mouth was shattered, and her jaw was unattached from the palette and hanging.

The vet had to reconstruct her mouth and Sweetie had 35 stitches,” Barb Wehmann, executive director of Save Cats and Obliterate OverPopulation (SCOOP), Inc., told Love Meow 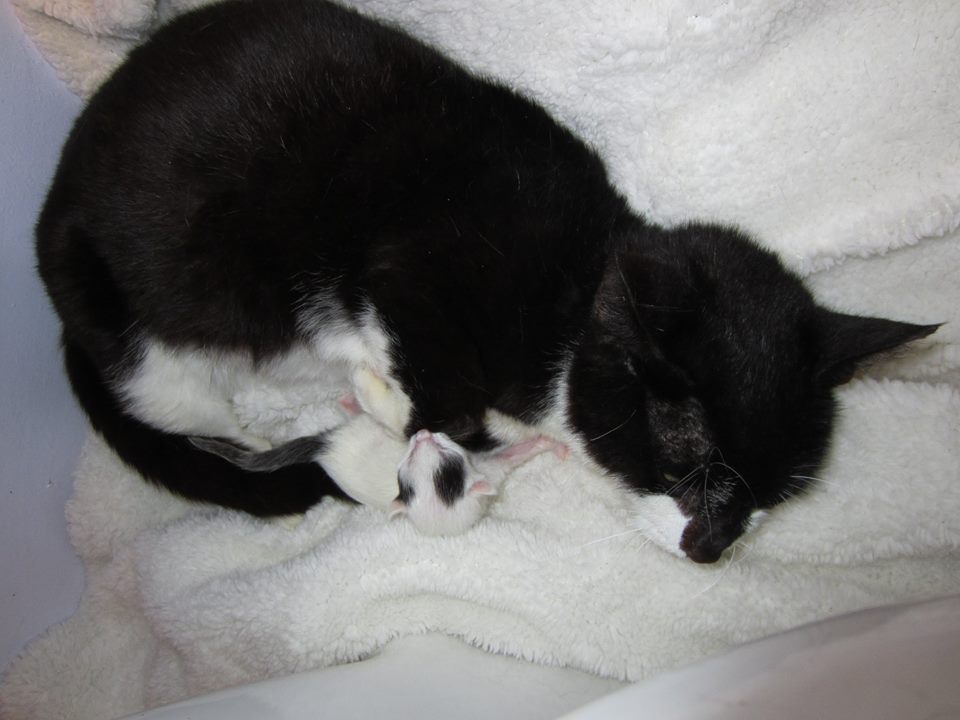 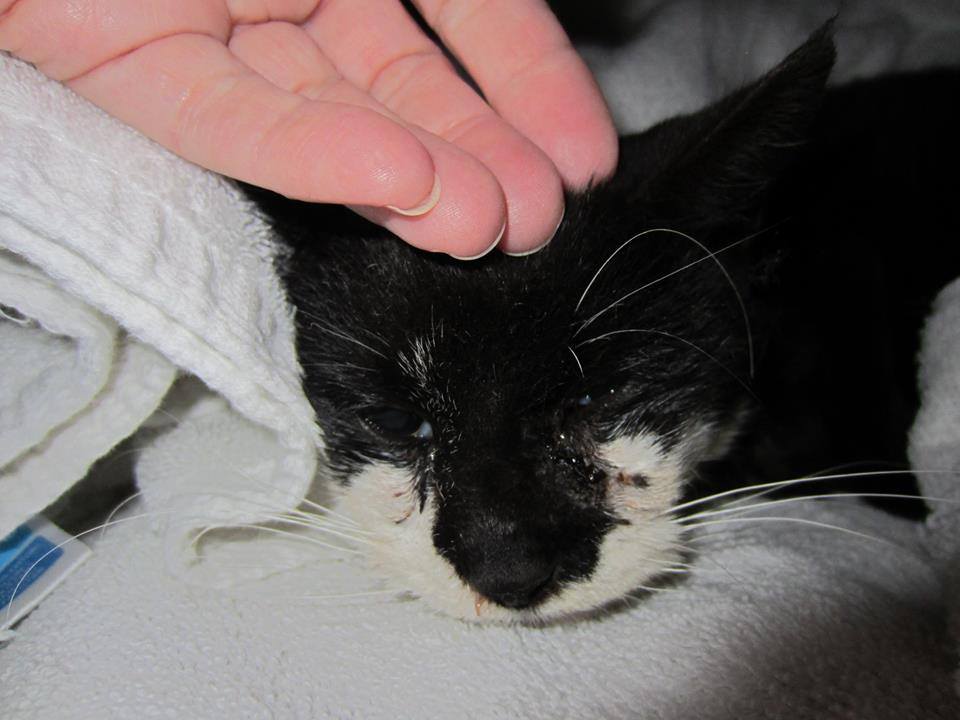 The Facebook page, Sweetie and Jaax, which was dedicated to Sweetie, wrote: “A hard object such as a golf club or metal rod was used to strike Sweetie with such force that it swiped the side of her mouth, knocked out teeth, shattered the bone under her gums, dislodged her upper gums from the palette, and left her palette dislodged from the roof of her mouth and filled with infection” 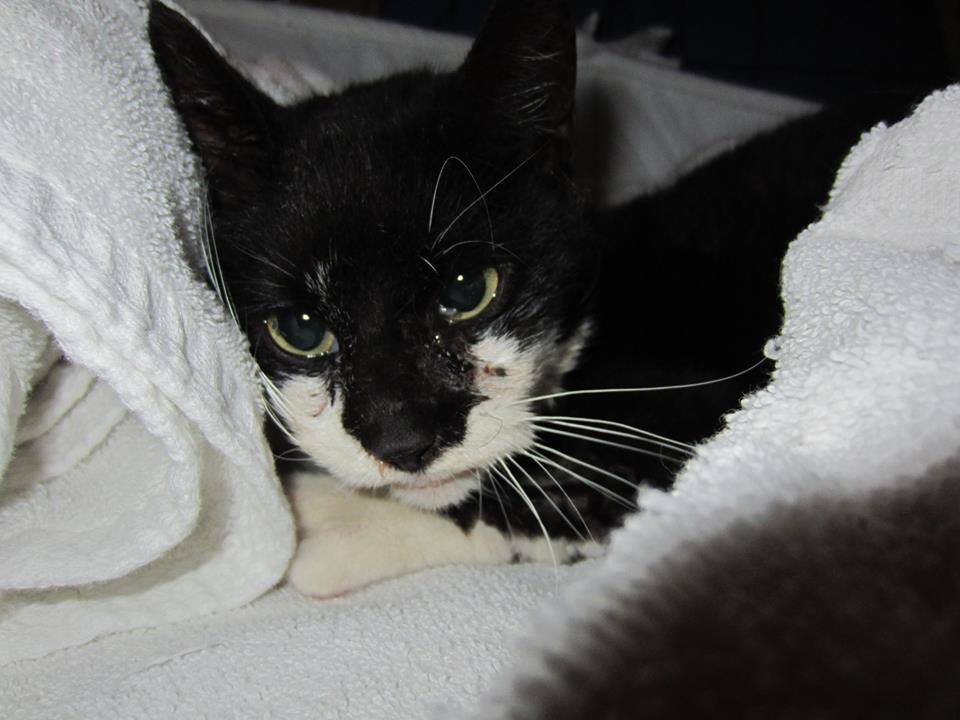 Dr. Jennifer Jaax, the veterinarian who operated on Sweetie, told Local 12 that the injury “looks to me like this was an intentional strike as opposed to something that happened accidentally.”

The injury had left the cat unable to eat or drink for more than a week. Dr. Jaax also had to make “new flaps” for Sweetie’s gums 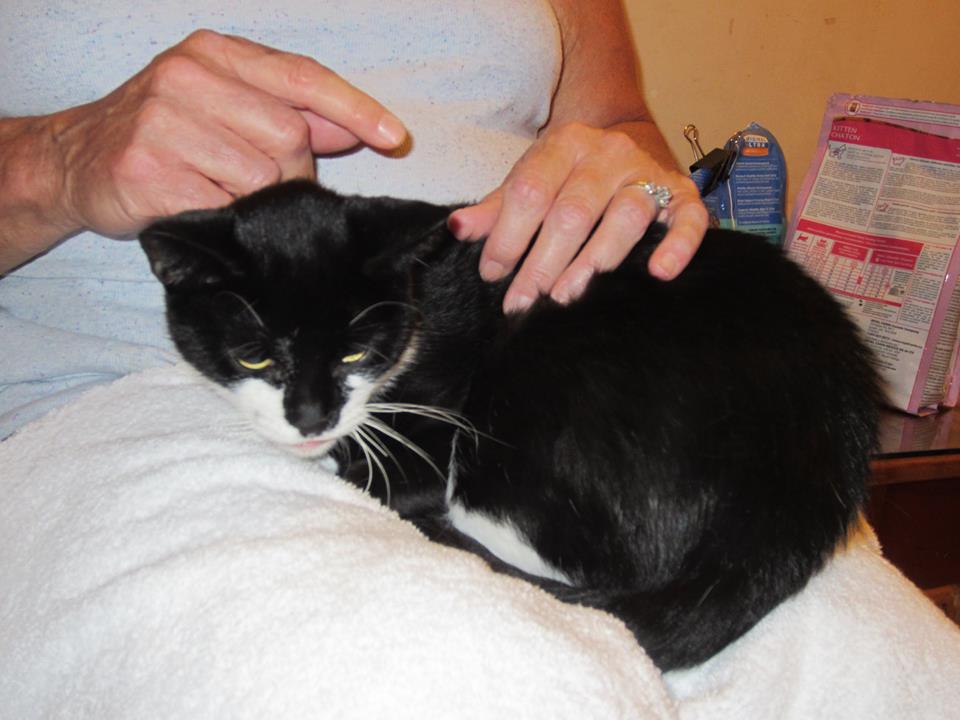 Sweetie was able to eat again the day after her surgery, and she gradually started to gain weight at SCOOP, the organization that took her in.

Then, on April 29, 2016, one month after her surgery, she “delivered a single kitten later that day who weighed just a little over 2 ounces,” read the organization’s Facebook page 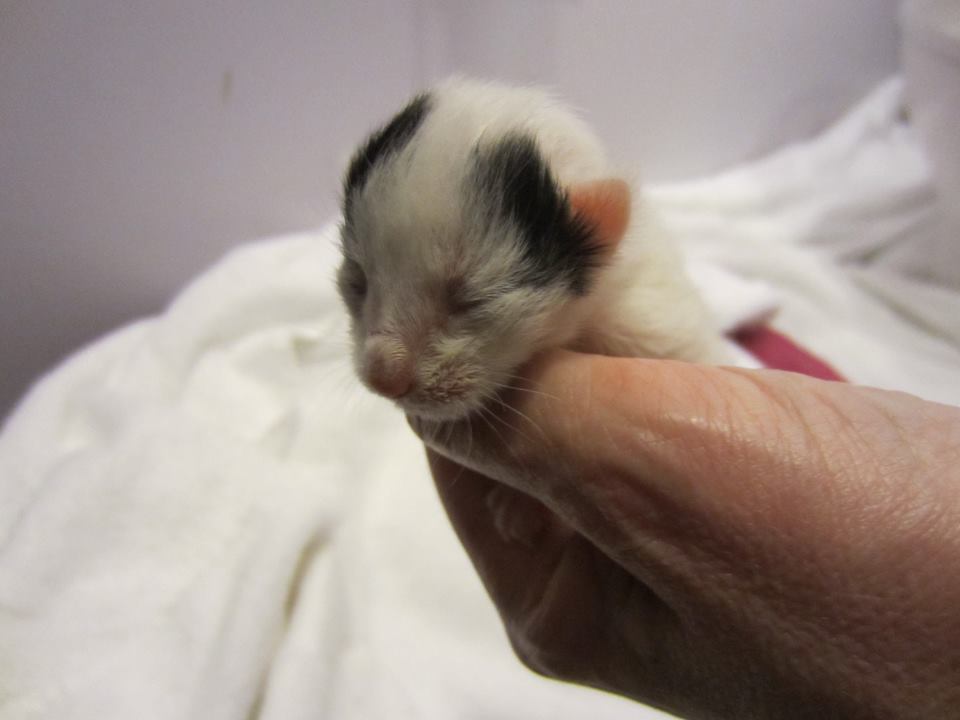 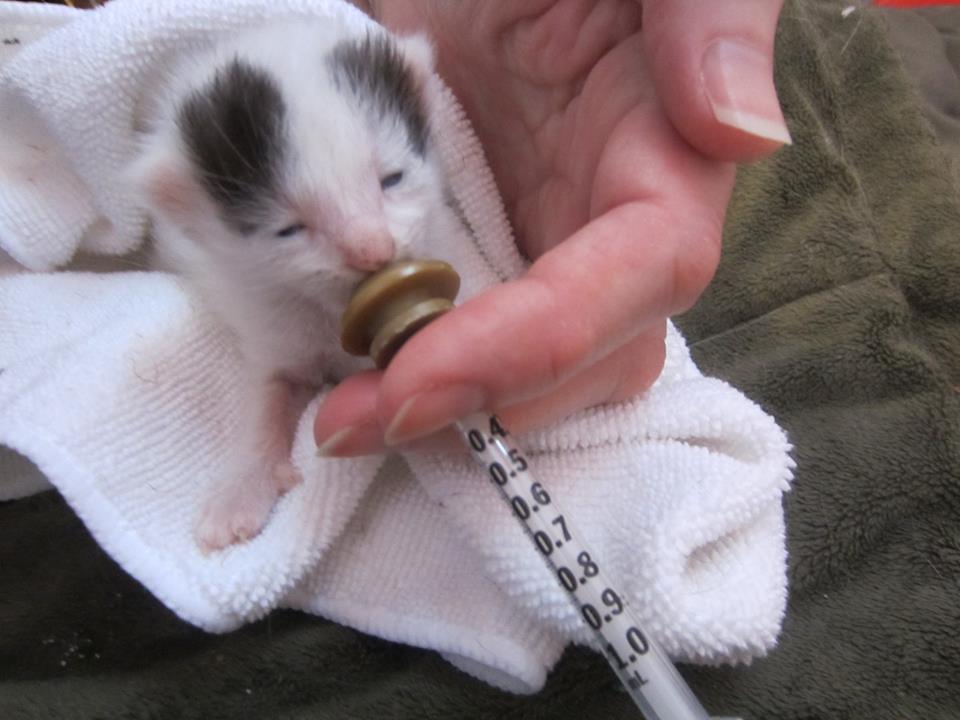 Everyone was surprised by the birth, as “there were no signs of pregnancy.”

The tiny kitten’s “chances of survival were slim,” and Sweetie could not feed her own kitten “due to her own trauma and recovery” 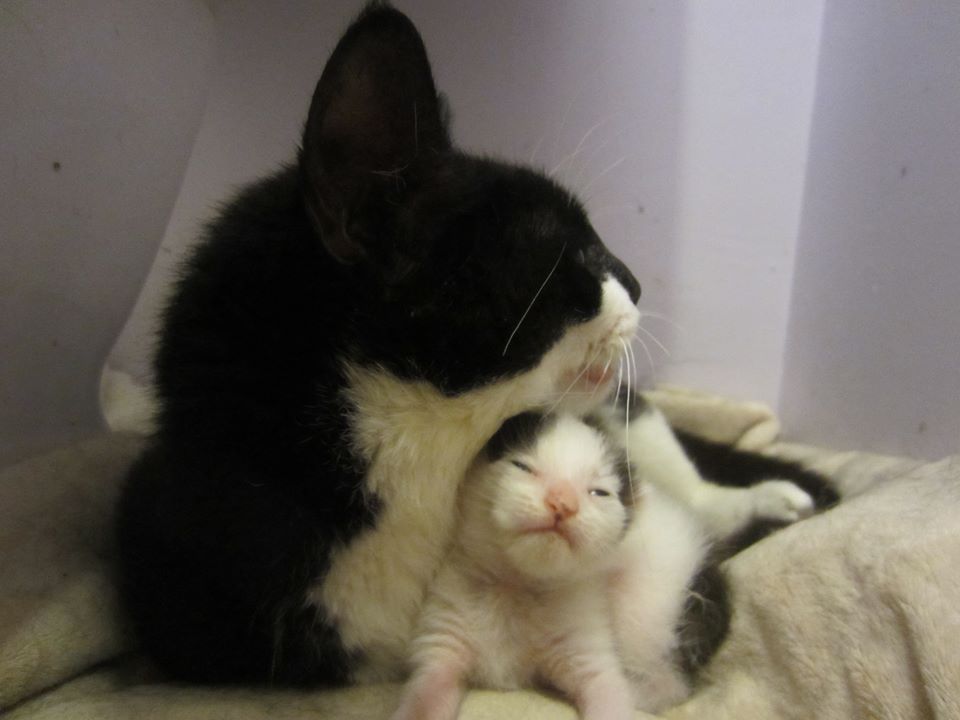 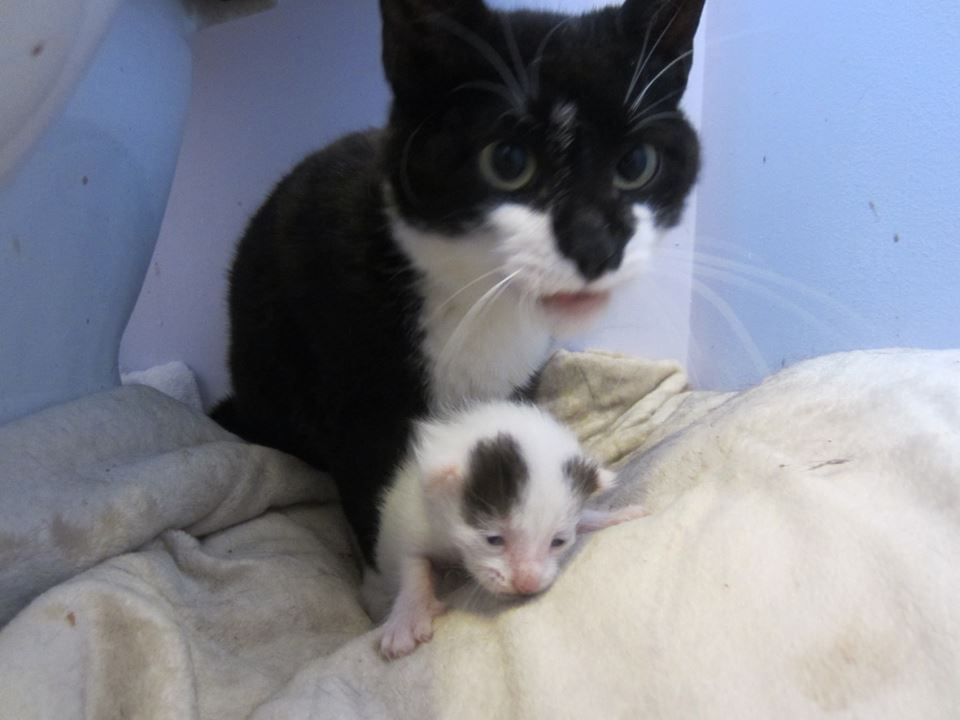 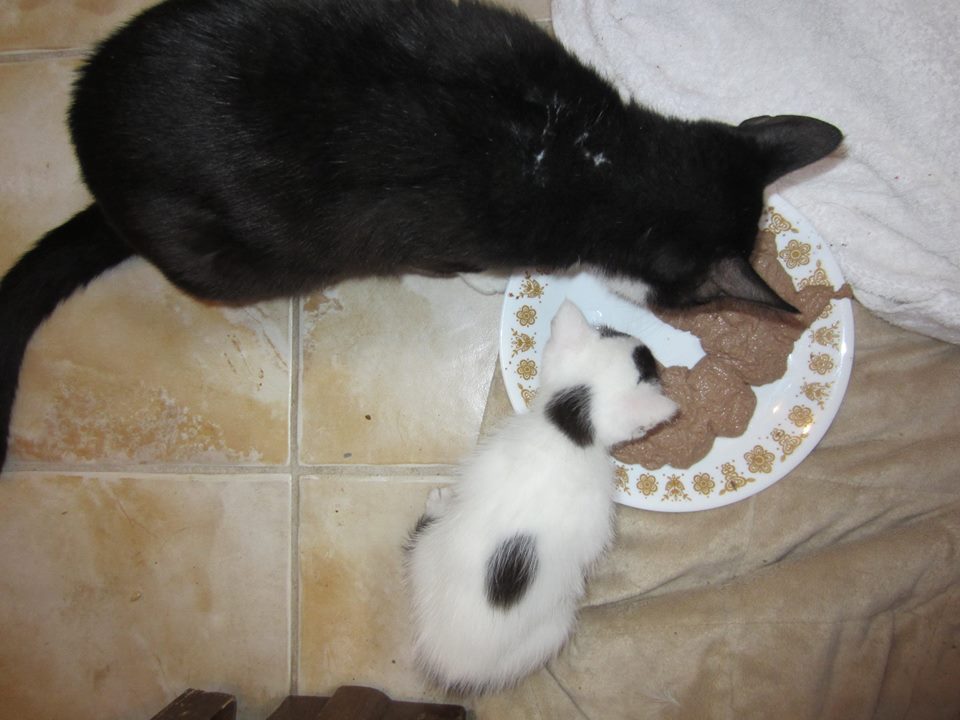 “Sweetie had no milk to nurse the kitten and the kitten’s prognosis was grim,” Wehmann told LoveMeow.

The kitten, named Jaax, after the vet who saved Sweetie’s life, was cared and fed around the clock. To everyone’s delight, Jaax survived 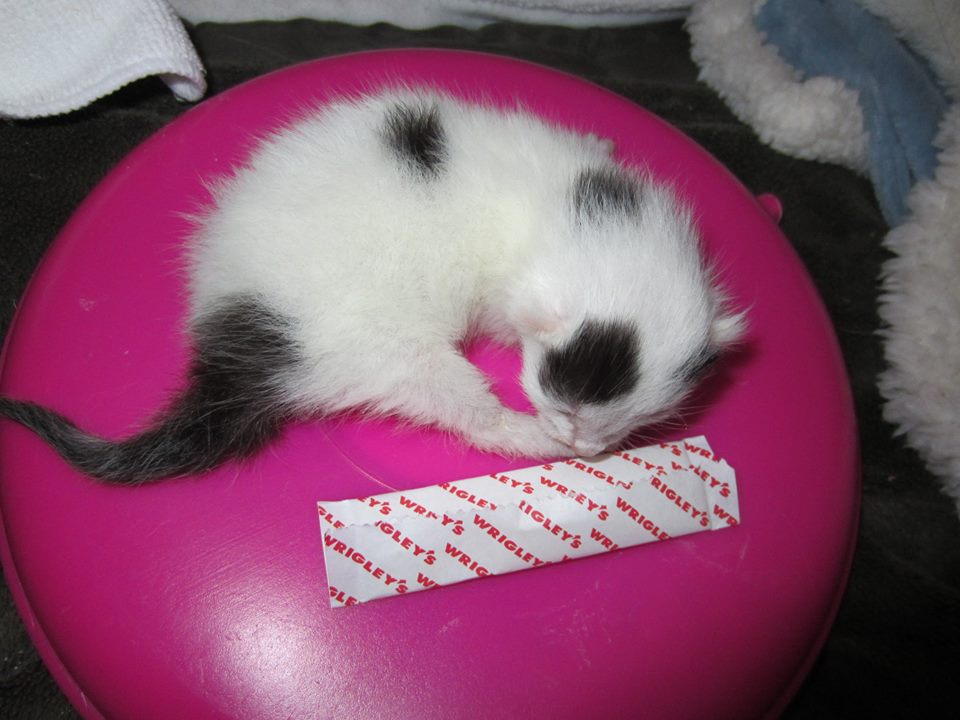 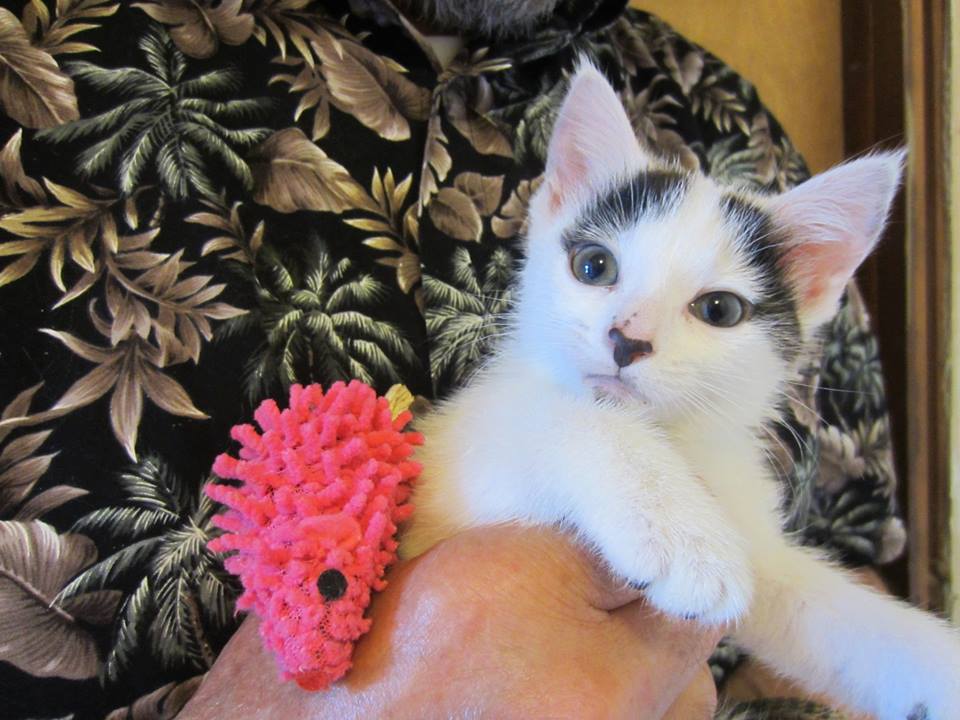 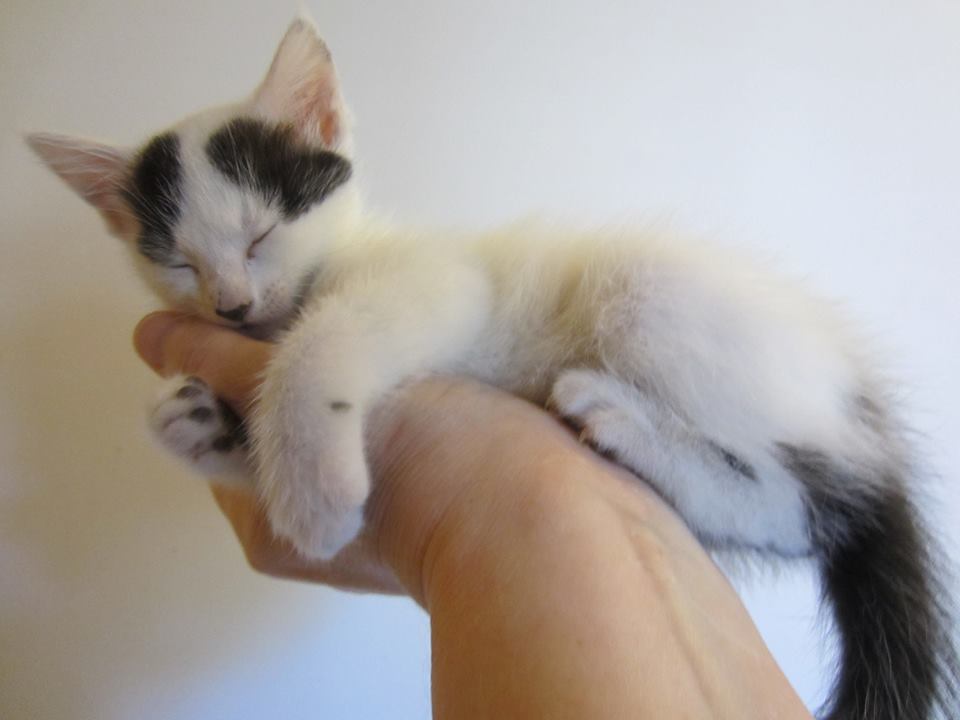 “Sweetie has been an integral part of her care team. She comforts and cuddles her baby after bottle feedings and never loses sight of the kitten” 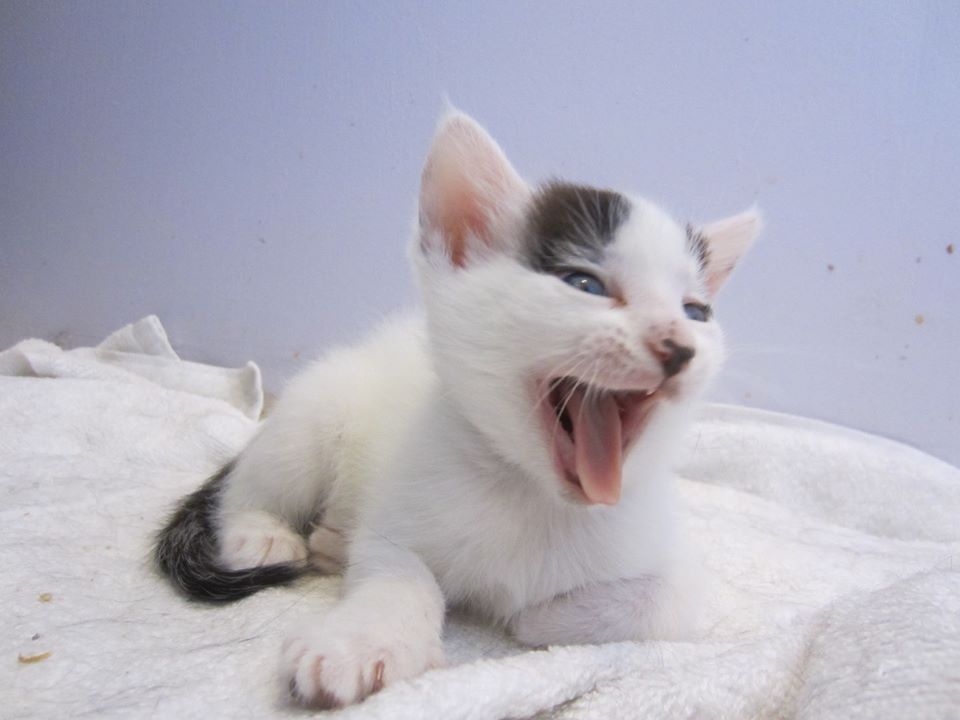 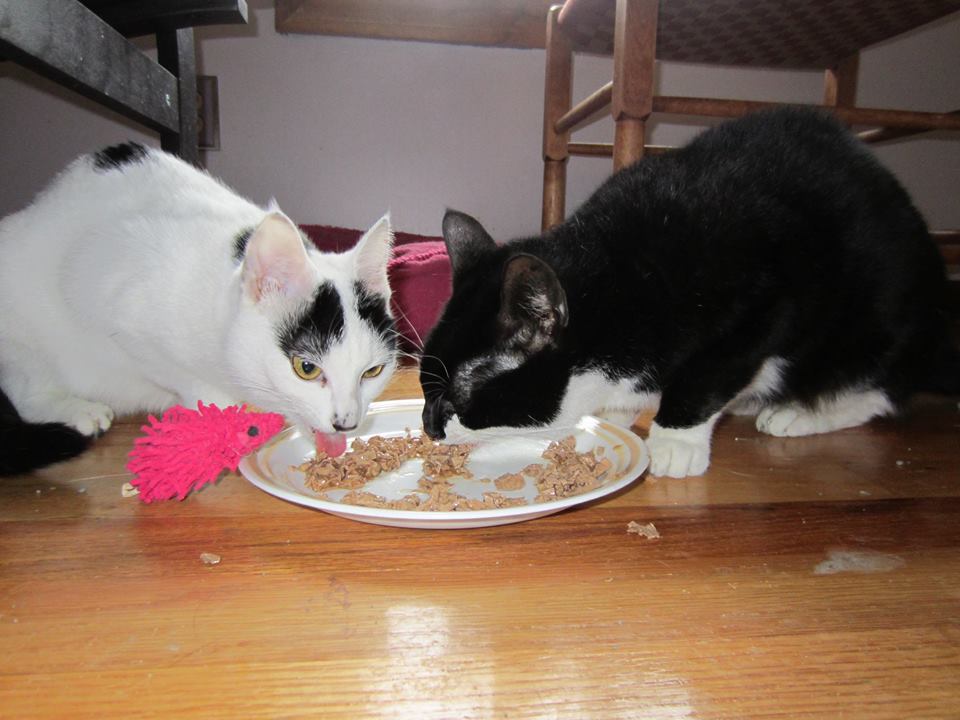 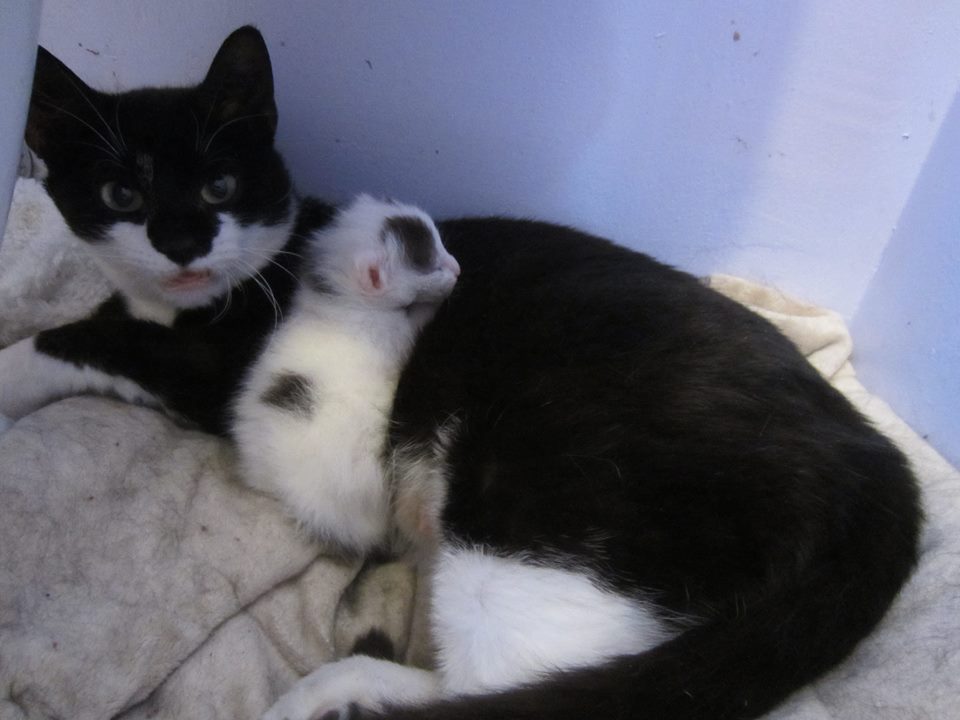 Seeing how Sweetie had been caring for Jaax, Wehmann believed that the tiny kitten had given Sweetie the will to live 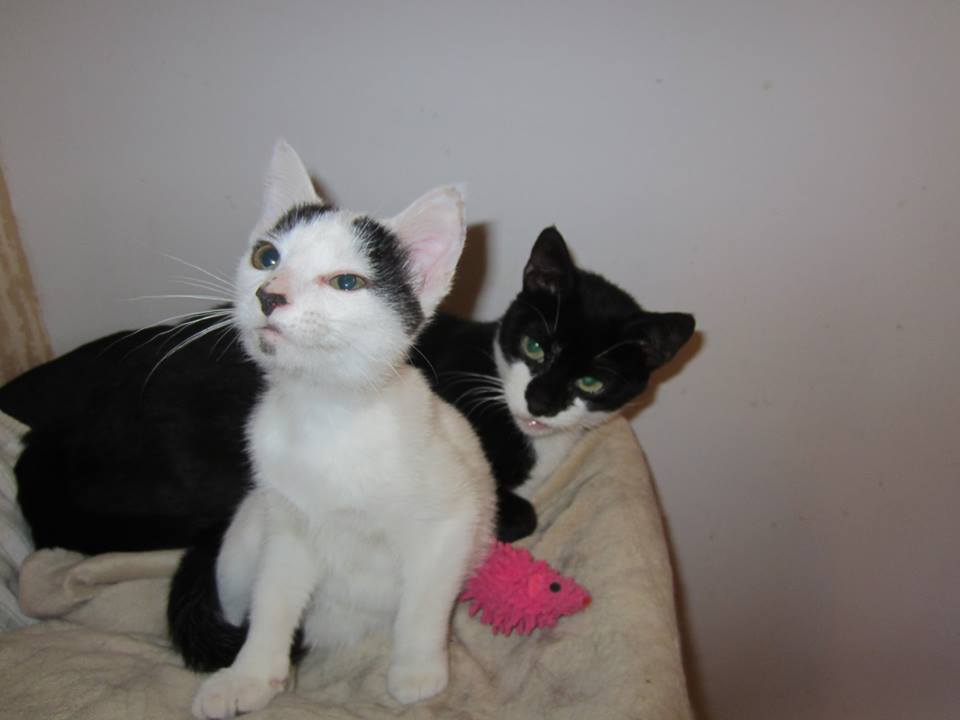 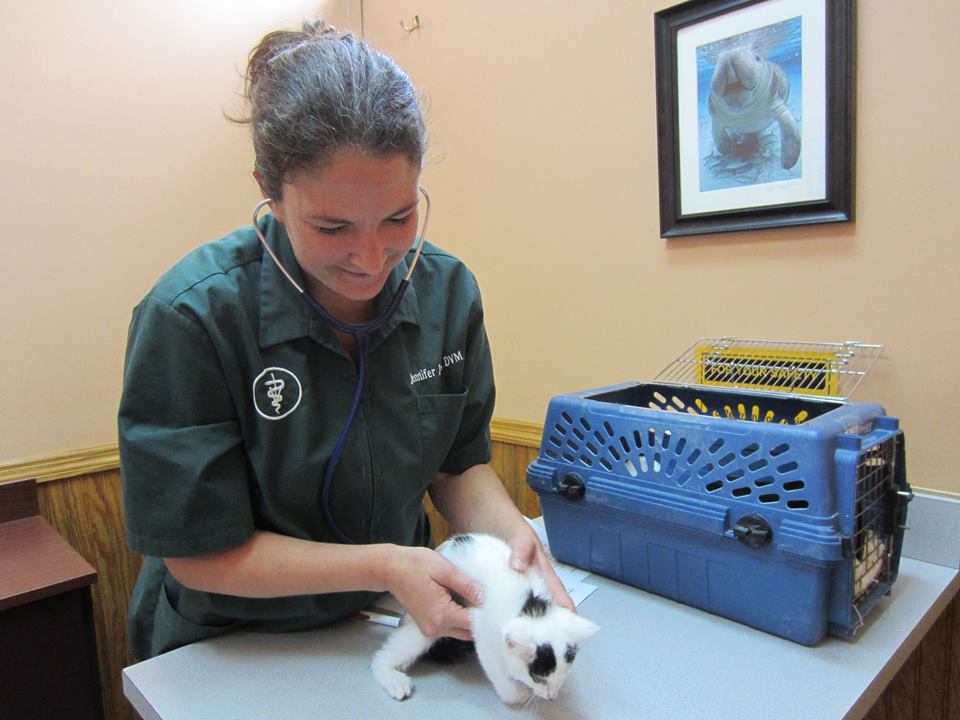 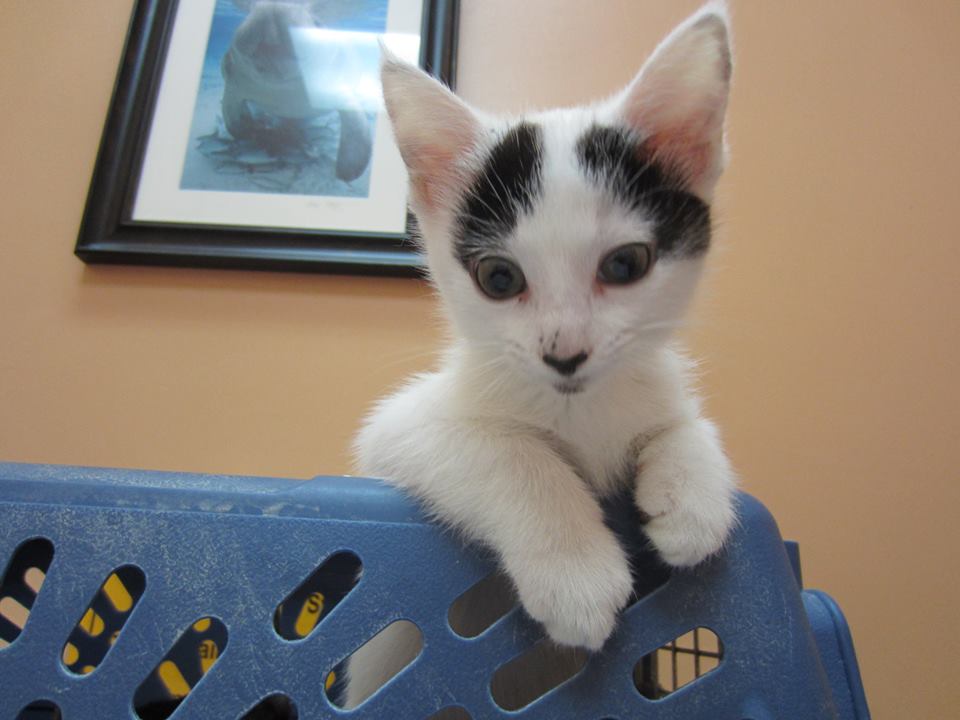 “We feel that Sweetie’s will to live was tied closely into saving her kitten,” Wehmann told LoveMeow.

This mother cat was worried when her newborn kitten wasn’t breathing,...