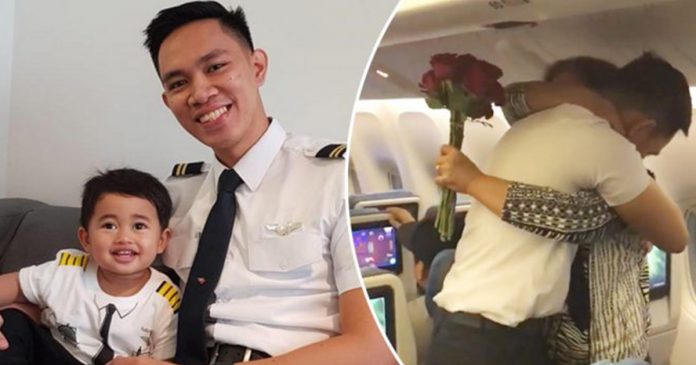 Celebrating festive season together with families is a rewarding experience. However, not all people can get to enjoy the important holidays with their loved ones because of various reasons such as working abroad.

Juan Paulo Fermin, a young pilot from Philippine Airlines has not spend Christmas with his parents for 17 years because they are working in Bermuda.

Recently, Juan posted a heartwarming and viral video which was shared thousands of times on Facebook, showing him personally flying his parents home for Christmas and gave them a pleasant surprise on the flight.

Juan Paulo Fermin and his son 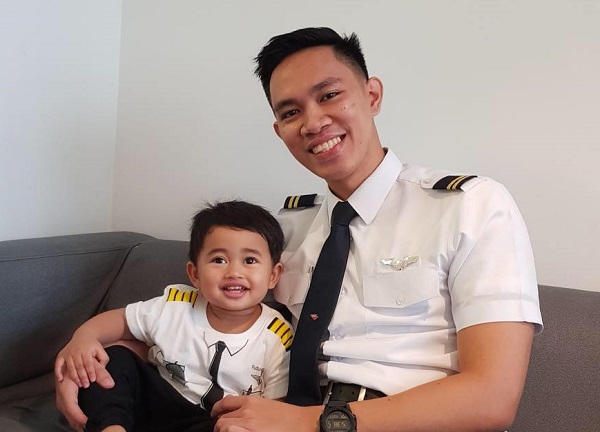 Juan has always wanted to be a pilot and thanks to his parents who worked in Bermuda almost all of their life, he managed to realise his childhood dream.

Even though his parents will come home every three years, they have not spend Christmas with each other for 17 years so when Juan found out that his parents chose to board his airline to go back home, Juan took this opportunity to fly the very plane his parents were on board.

Thanks to his understanding colleague, Juan managed to switch his schedules with him which allowed him to stay in the cockpit on his parents’ flight. He was the co-pilot of the flight.

Juan wrote: “While walking to meet them, I was nervous, excited, and happy. Surprises aren’t really my thing” 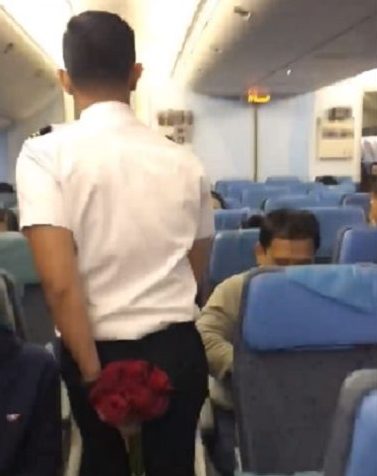 The touching video shows Juan holding a bouquet of red roses at his back while he walked towards his parents’ seats.

His mother then noticed him and shouted “Anak!” which means ‘son’ or ‘child’ in Filipino.

As soon as Juan arrived at their seats, the family hugged each other for a long time 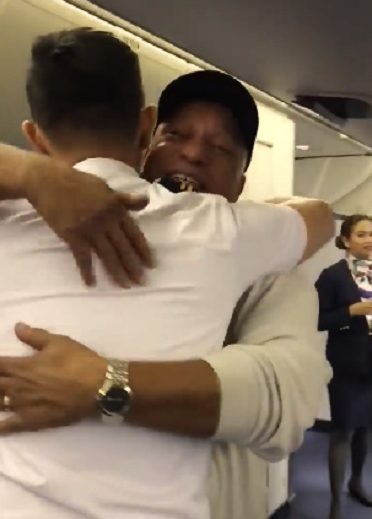 Juan wrote that his mother had to leave him when he was just 8 years old to marry his stepfather.

Previously, they lived in Bermuda and the last time his parents came home was five years ago 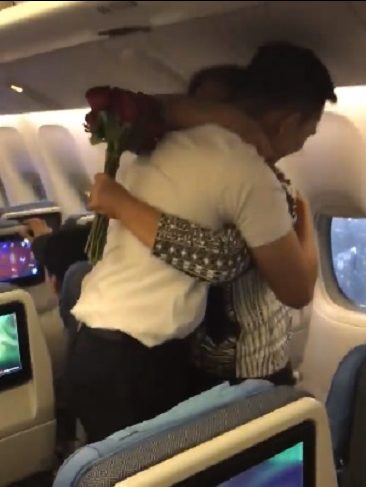 Watch the heartwarming reunion in the video below