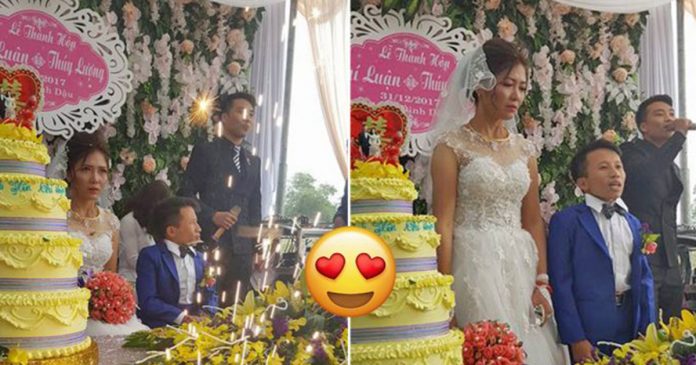 There is a common adage which states that love is blind and this can be proven true. When an individual is in love with a person, they are blind to all their partners shortcomings and weaknesses. A marriage ceremony which took place in Thanh Hoa City, Vietnam on the 31st of December became a hot topic of conversation as the story was shared on social media and spread like wildfire. It prompted many varied reactions from the public.

Why exactly was this so? Continue reading to find out!

Apparently, all the buzz stemmed from the couple who were getting married. Specifically it was their stark difference in height which made the public stir. The bride, who was dressed in an elegant white gown was a beautiful woman with the approximate height of 165 cm, which is pretty average for a woman.

She stood towering over her husband though, who was only 80 cm in height which is almost half of the bride’s height 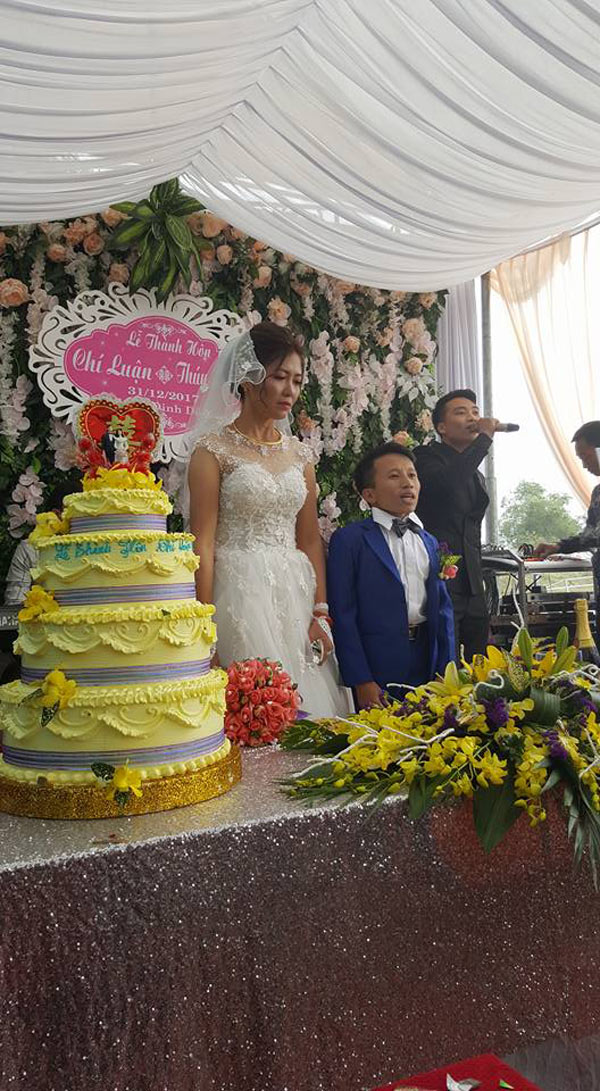 According to HN, who was the person who posted the pictures of the marriage ceremony, although there is an unusual physical difference between the two, the love they share between them is beautiful.

They have battled numerous challenges and social stigmas in order to maintain their relationship regardless of how the public view their union. They are just like any other couple in love.

Their wedding ceremony was held in the city of Thanh Hoa.

The couple in question is groom, Chi Luan, 33 and his bride, Thuy Luong, 28 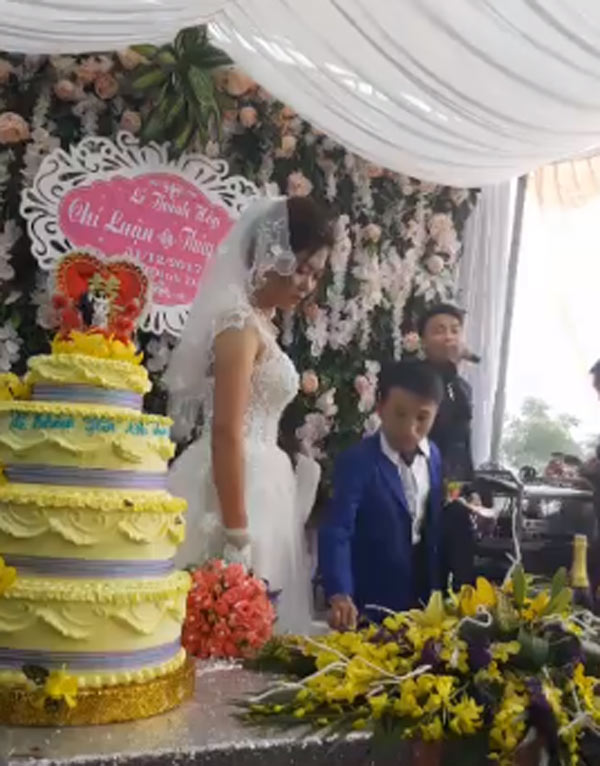 Although it was a peculiar sight to a majority of the public, it cannot be denied that the groom is an extremely good and kind-hearted soul. It was these attributes that drew Thuy Luong to him and despite his height, they ended up getting married. 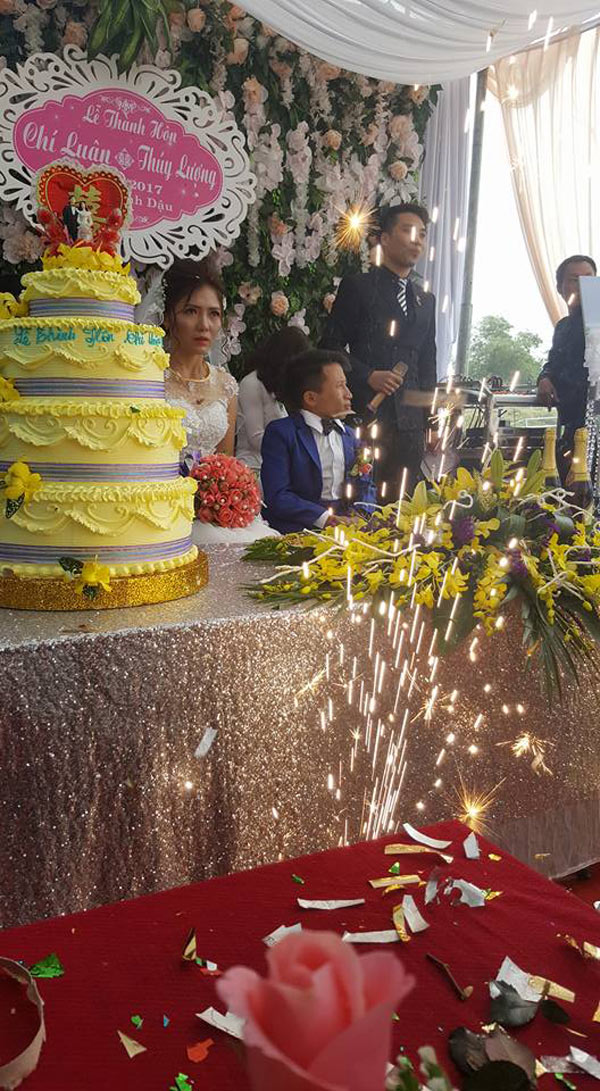 There were many who congratulated the couple for being bold and not letting society break their relationship and there were also negative comments posted by a minority of haters.

We say congratulations to the happy couple and may their relationship only strengthen over time.

Vietnamese shares how he uses wild grass as his green solution...