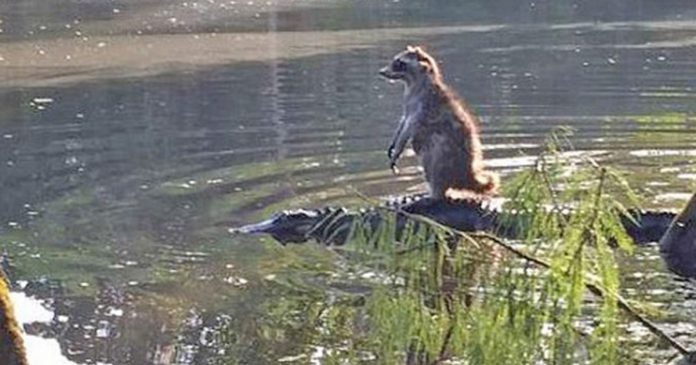 The sight of an unlikely couple of a crocodile and a raccoon being next to each other in a friendly way may only be seen in animation movies but who knows it can happen in real life as well!

The lucky photographer, Richard Jones told the Florida Times-Union he and his family were walking along the Oaklawaha river when the hilarious scene happened 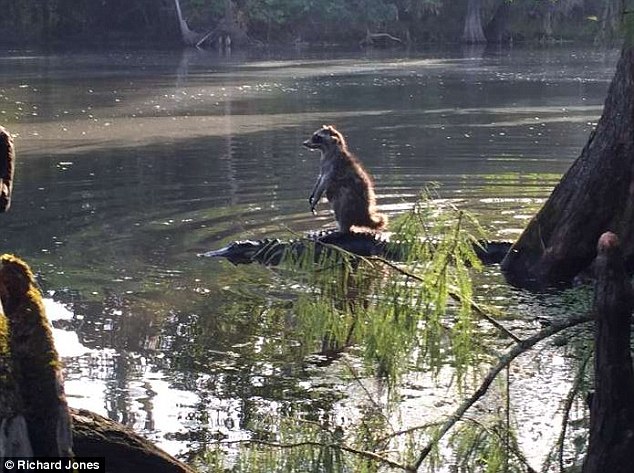 “We were walking along the Oaklawaha [sic] river watching some gators warm up in the morning.”

“My son went through some palm fronds to catch a different angle and frightened a raccoon.”

He said that the raccoon might have been asleep when his son frightened it, causing it to stumble towards the river and hoped on the crocodile they were watching.

Luckily, he managed to snap the one-in-a-million picture right when the crocodile slipped into the water and before the raccoon jumped off the reptile and scurried away 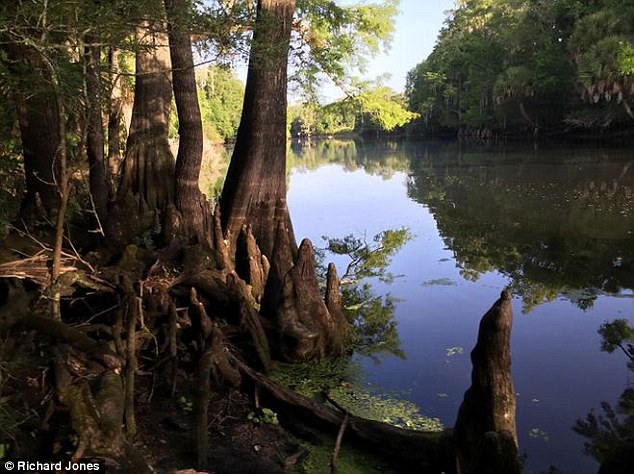 “Without the context you’d think the raccoon was hitching a ride across the river,” he said.

He also added that the picture is “Pretty amazing. Definitely the photo of a lifetime.”

We could not agree more, Jones! At first glance, the quick-thinking raccoon definitely looks like it is hitching a ride on the back of the unsuspecting crocodile to cross the river!