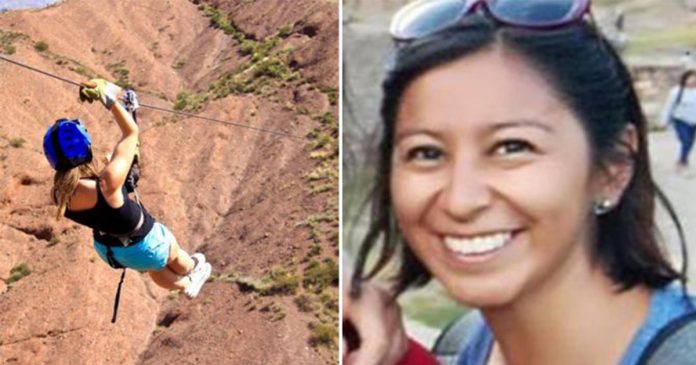 The owner of a flying fox (zipline) in the Andes has admitted that dumping a dead Spanish tourist’s body in a river after she died while using the ride. 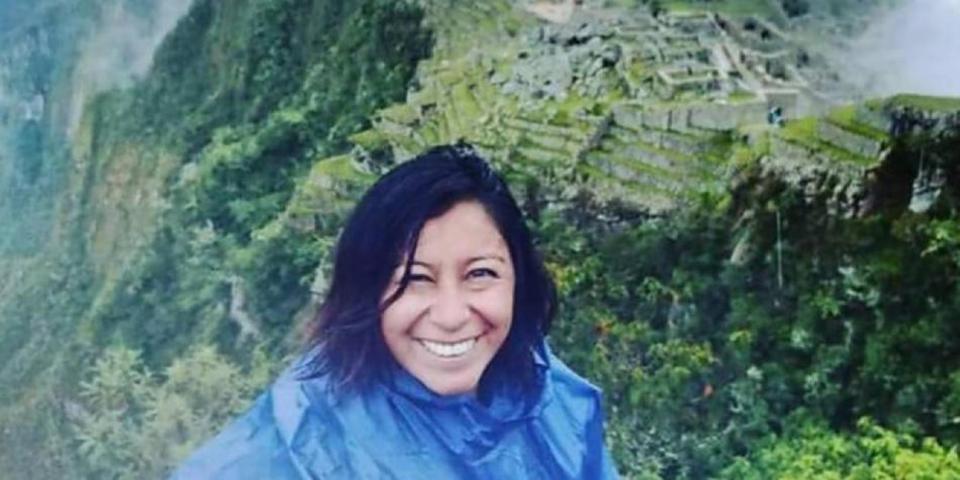 Nathaly Salazar, 28, was reported to disappear on January 2 while holidaying in south Peru. 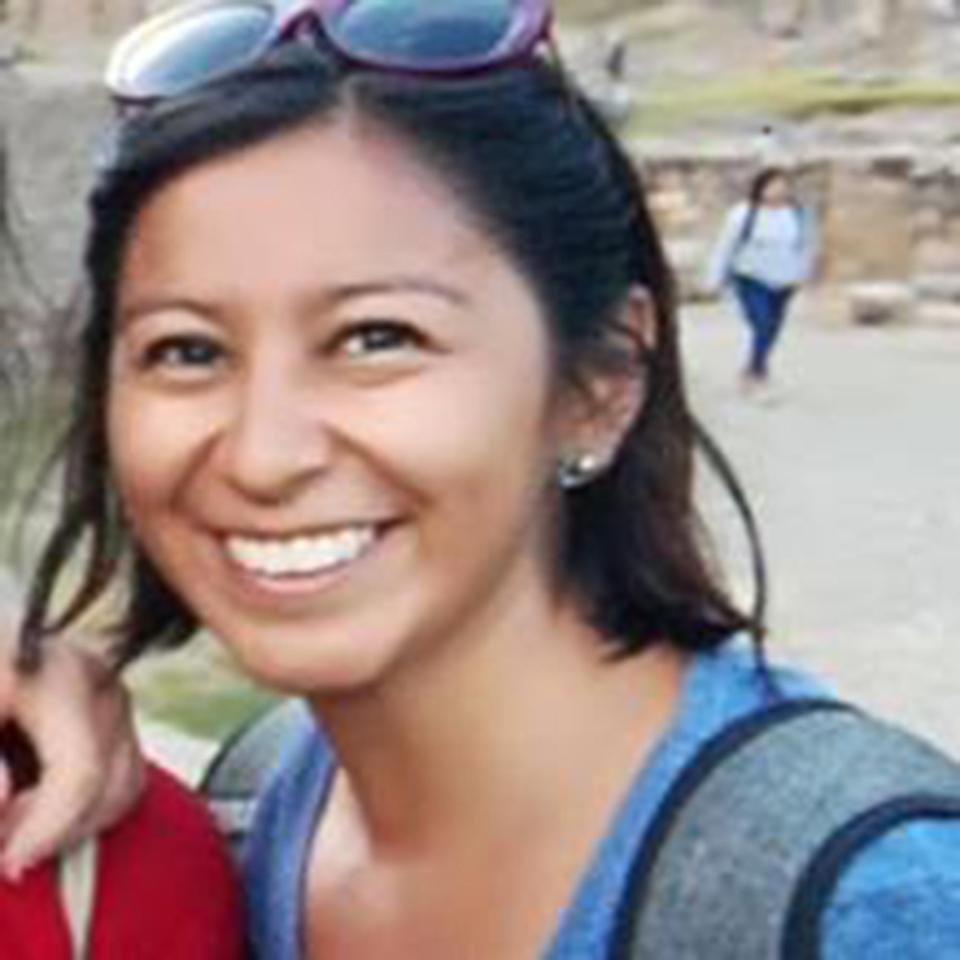 Nathaly had visited the Incan ruin of Moray and was preparing to go to Cacllaracay when she decided to try out the zipline which is one of the longest in the world.

The zipline is popular among tourists because of its magnificent views of the Sacred Valley of the Incas.

However, Nathaly suffered from a tragic head injury. Now, the owner and a worker of The Flight of the Condor Zip-line have admitted to dumping the tourist’s body in the river in a remote area in Paucarbamba.

One of the last CCTV footage of Nathaly before she was reported missing. 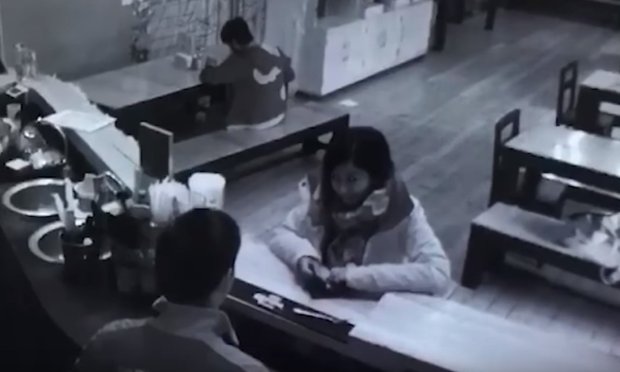 The two, however, gave different versions of events. One of them claimed that Nathaly hit her head on a pole while the other one claimed that her partner climbed into her basket on the cable and it gave way – killing Nathaly and injuring the man.

They then confirmed that they broke Nathaly’s phone by smashing it with a stone when it started ringing. The phone is now in the hands of local police.

The ‘missing’ poster police circulated in a bid to find Nathaly 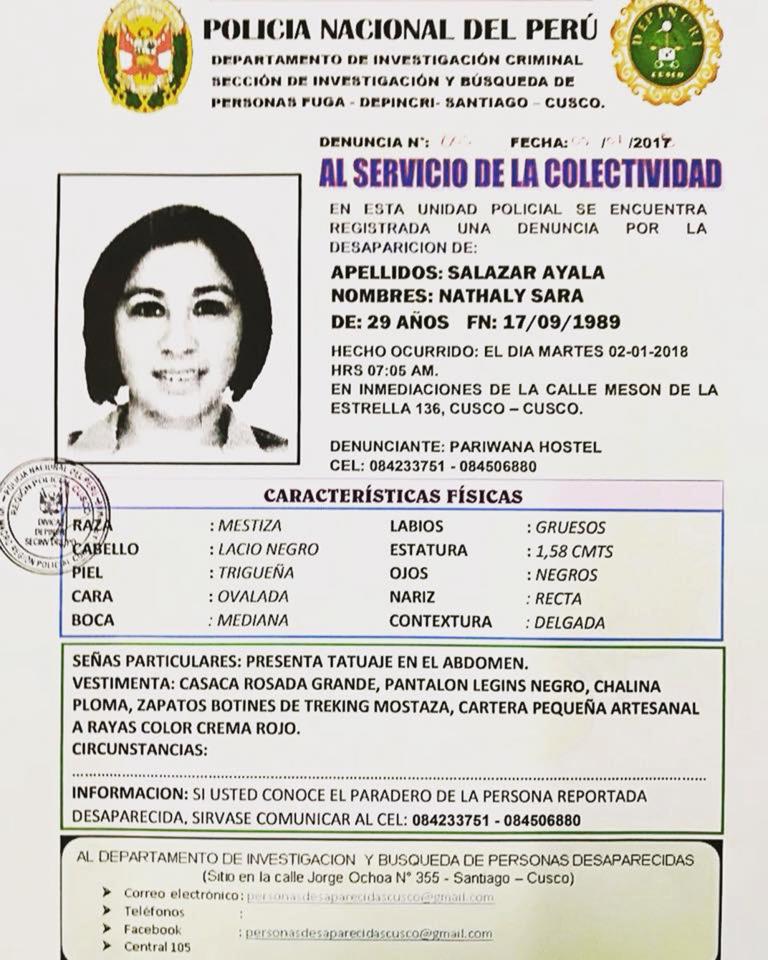 Nathaly’s sister, Tamara said: “I can not get it out of my head that they did not take her somewhere, they could have left her at the door of a hospital and left without going in.”

“If they did not want problems, I think they thought that there would not be much of a stir and no one would really look for her.”

The victim’s mother, Alejandra Ayala is staying in the nearby town, Cuzco, and assisting police with the search. She last spoke with her daughter on December 31 and reported that Nathaly was ‘well and happy’

Police are continuing in their search for Nathaly’s body but their efforts have been hampered by constant rain that has intensified the flow of the river. The search is still ongoing.