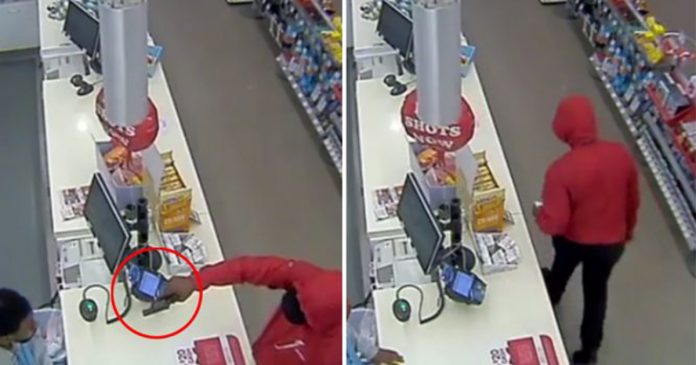 It’s one of the scariest situations you can find yourself in: having a gun pointed at you by a robber.

It’s impossible to know just how you’ll react until it happens to you—but one convenience store cashier’s response to an attempted armed robbery is so unexpected that the security video that caught it all is now going viral.

It all went down on the afternoon of December 4 at a Walgreens in Weston, Florida.

Cameras caught a man in a red hoodie entering the store 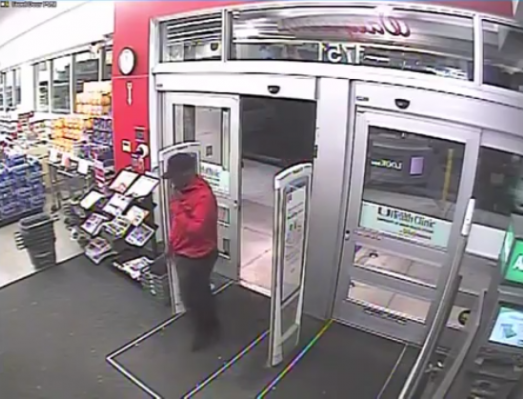 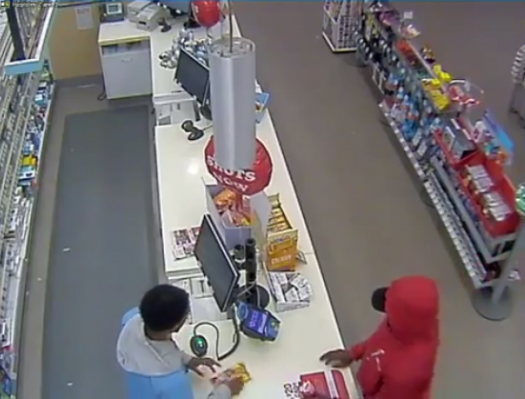 He also puts on his hood to conceal his face.

But as the cashier is ringing up his purchases, suddenly the hooded man pulls out a gun and points it at the cashier 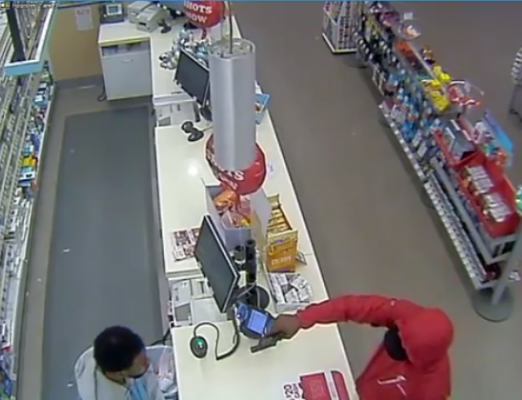 However, he never expected what the cashier did next:

The cashier kept his cool and silently stared down the robber 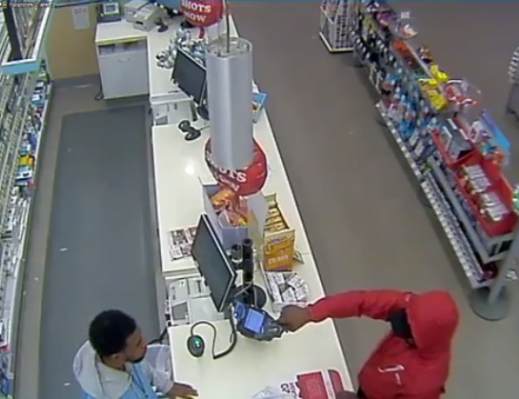 The robber repeatedly makes demands to the cashier—who just stares blankly back at him, unintimidated.

“Met with such passive resistance,” the police report read, “the thief grabbed the shopping bag and fled.”

He reportedly made off with only about $6 worth of snacks 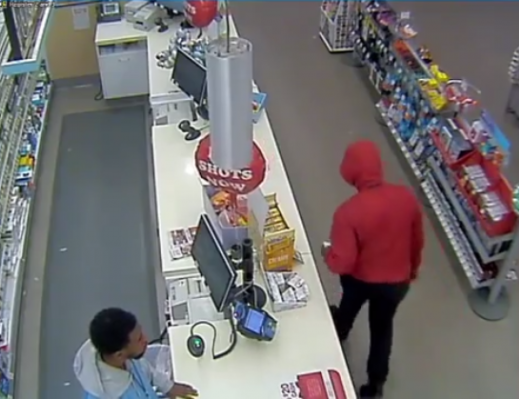 Without this cool-headed cashier, who knows how much more he might’ve gotten away with.

According to the Sun-Sentinel, the cashier is 26-year-old Jayson Shipp, who explained why he was able to keep his cool in this intense stand-off:

“I honestly didn’t see a reason to. He seemed like an amateur” 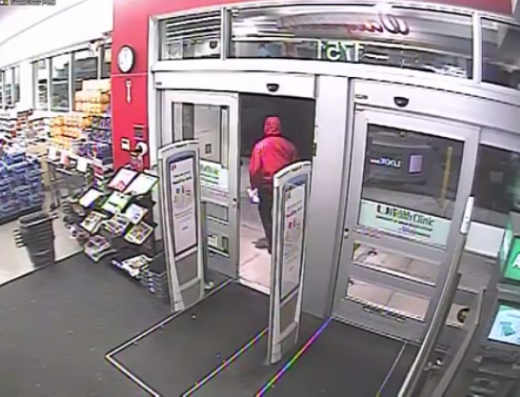 He may not actually be such an amateur—the Broward Sheriff’s Office says they’ve gotten reports of similar robberies in the area, and are offering an award for his identification.

They’re also warning that this passive response might not work in every situation:

“But luckily for this clerk, it worked out in his favor.”

A man is restoring a 50-year-old Camaro, but when he finds...