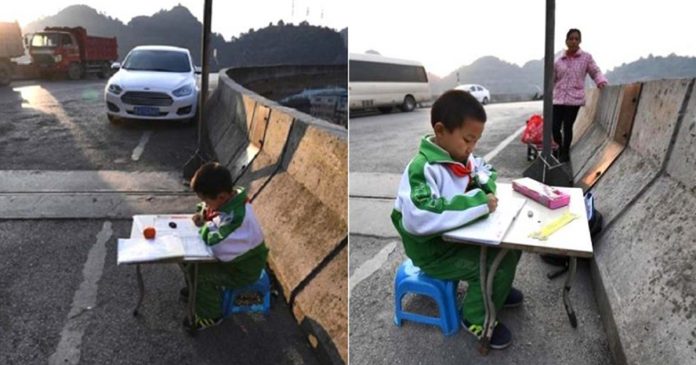 To many people, it may seem unimaginable but to this boy, it is what he does on daily basis. Apparently, Qu Sinian, the 8-year-old boy from China’s Guizhou Province has to do his homework on a flyover nearby his house everyday.

He has no other options but to come to the flyover for the dim light from the street lamp to do his homework.

Well, to him, the flyover looks better than his house which does not have proper lighting 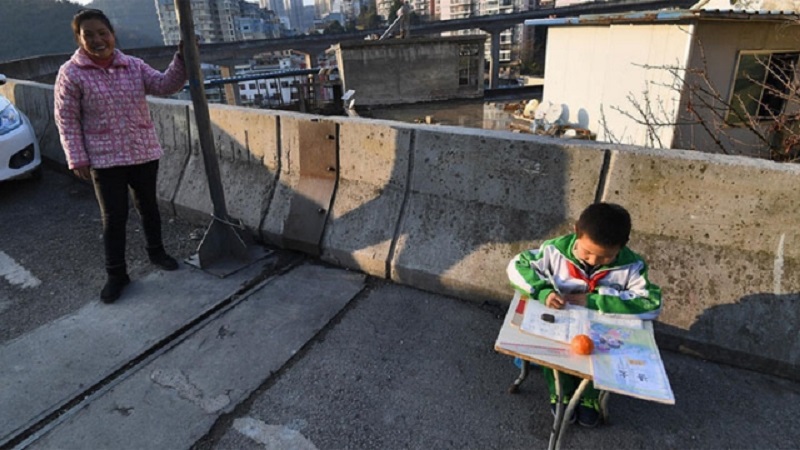 Qu who is in second grade is accompanied by his ill mother, Li Gaoju every time he goes to the flyover. 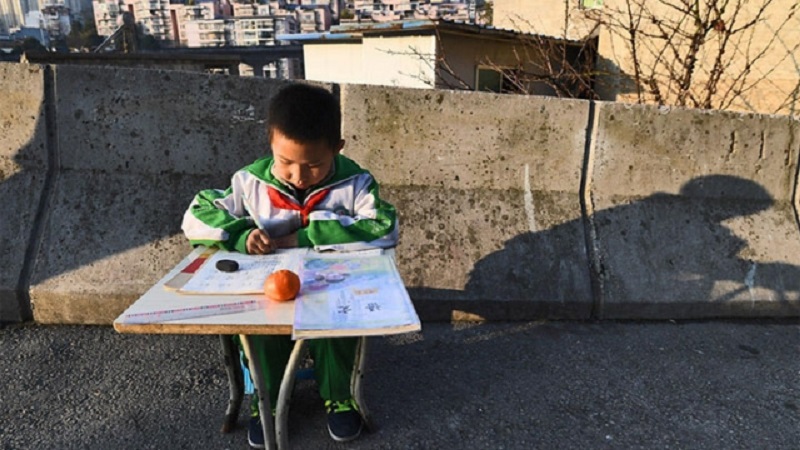 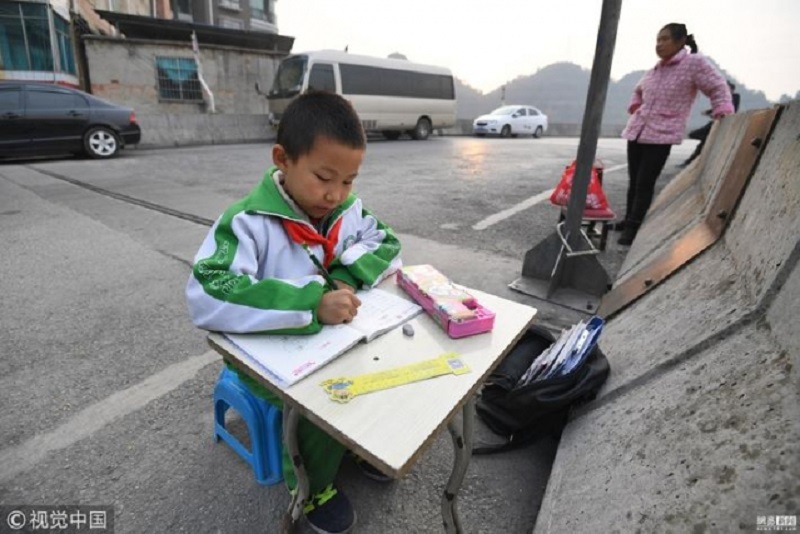 “Our room has poor lighting. It’s too dark. Our family is too poor. (He) has to come here to do homework, there is no other way.”

Qu’s mother told the reporter in an interview while weeping 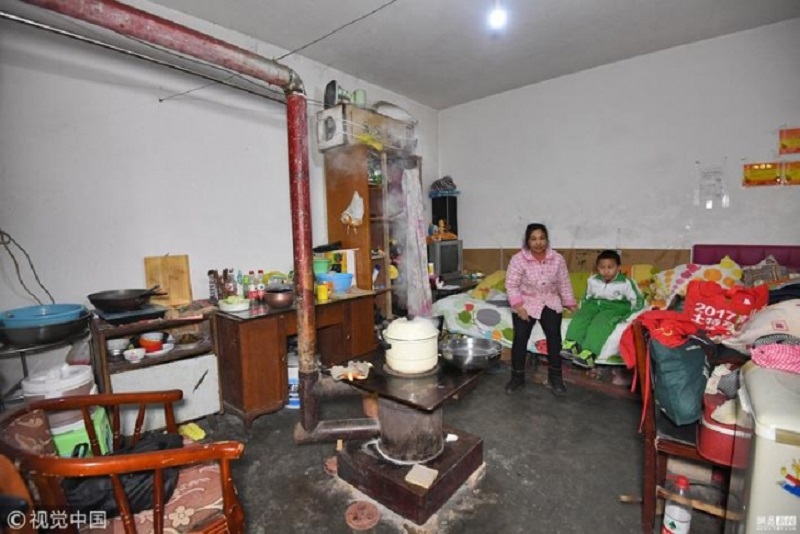 Their hardship began when Qu’s father who was a migrant worker from Sichuan Province became disabled after an accident occurred at his workplace eight years ago.

Worse, his mother could not work due to her poor heart condition so his father is the only breadwinner in the family 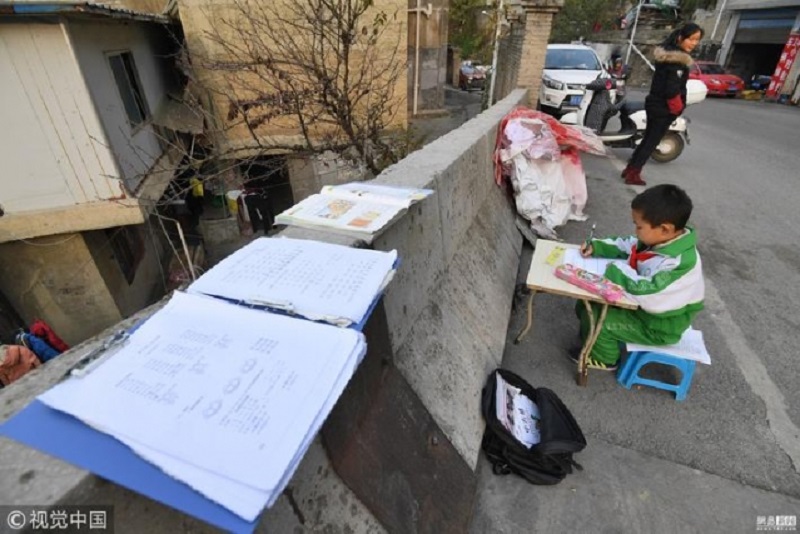 He only earn around US$ 153 every month.

Half of his earning goes to their rent (US$ 61), while US$ 15 of it goes to the coal they use for cooking and to keep them warm on cold nights 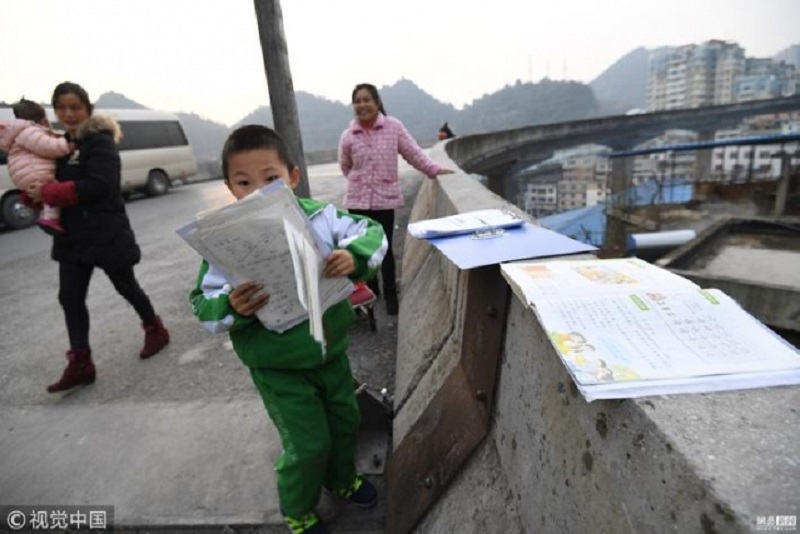 The little boy told that he wanted to become a doctor when he grows up so that he could earn a decent pay and treat his ill parents. Qu is a straight-A student in his school. When asked what he wished for the New Year, he said that he just wanted a desk lamp so that he could do his homework at his house rather than on the busy flyover.

We wish that his situation will improve this year and we hope that Qu does not let his poverty from stopping him to achieve his dream to become a doctor!