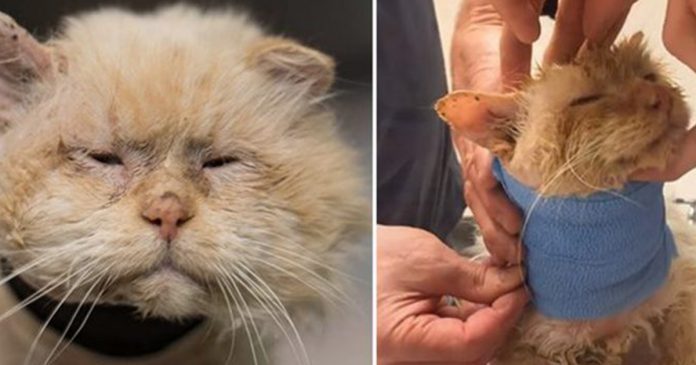 Animal control found a wounded stray cat, and they took him to the local animal shelter. The cat’s face said it all—squinted, swollen eyes, and a big, sad frown. Yet all was not lost. With the proper attention and care, this once-sad cat made a remarkable comeback!

The day Nutmeg was brought to the animal shelter, he had a gash on his neck and required immediate assistance. That’s when Kenosha Forgotten Friends stepped in.

“He was taken immediately from the shelter to Kenosha Animal Hospital where Dr. Carlisle was waiting to exam him,” the rescue group told Love Meow

Before the vet could do surgery on Nutmeg, he had to be treated for an infection and swelling. So, staff injected him with antibiotics. Two surgeries were needed to close the wound on Nutmeg’s neck, and these were followed by multiple laser treatments. 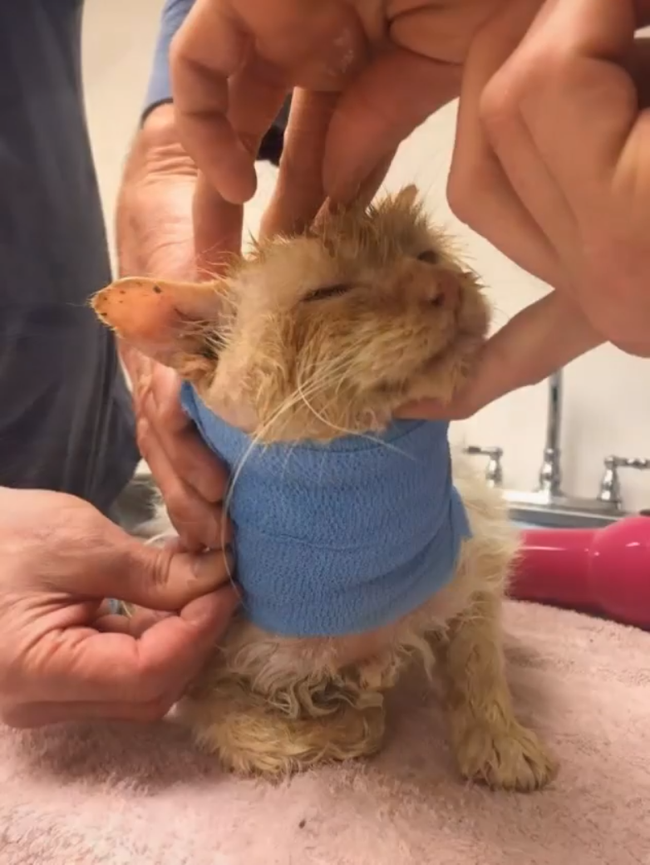 Staff were quick to notice that Nutmeg was a mellow and gentle cat. He didn’t seem to fuss when being bathed or when the treatments were being applied.

It didn’t take long for Nutmeg to pick up on the vet’s routine too; he would get on the table and lie in position for treatment on his own. 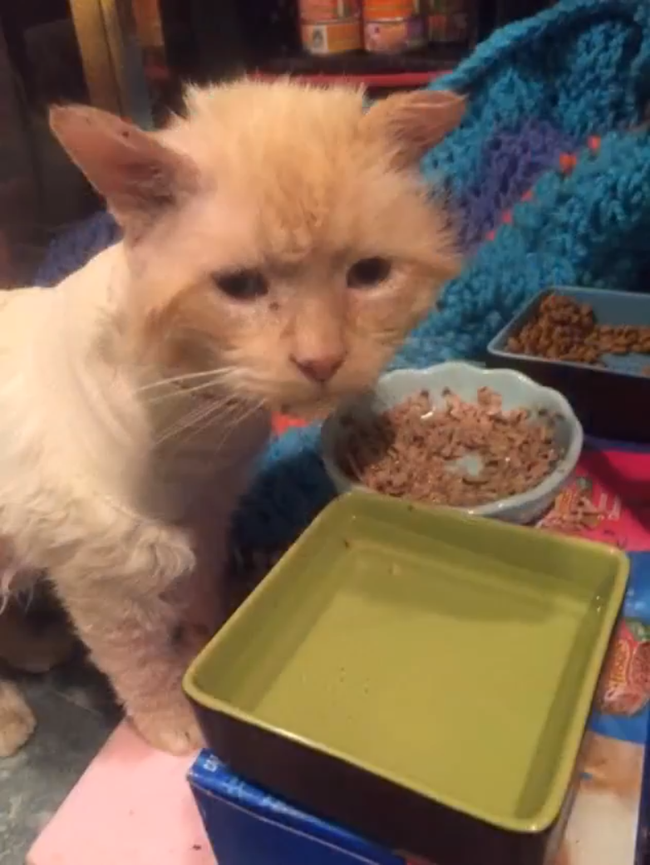 “He is a really sweet boy considering all he has been through,” the rescue group shared.

After a few months, Nutmeg was adopted, and he cuddled and purred for his new foster mom.

“Nutmeg sat in his foster mom’s lap for a while purring and snuggling, then jumped to his favorite volunteer’s lap as if to say ‘Thanks caretakers but I’m home now,’ then went directly to his new Mom where he stayed,” Kenosha Forgotten Friends said

“It was a very emotional day for all, as we will miss him.”

At his new home, now Nutmeg has a brother, Frankie, whom he shares a huge bed with.

Nutmeg’s foster mom told Love Meow, “He has come a long way and is getting all the love and attention he deserves.”

If the recent pictures are any proof, Nutmeg now has everything a kitty could ask for!

Watch the video of this transformed cat in the video below: