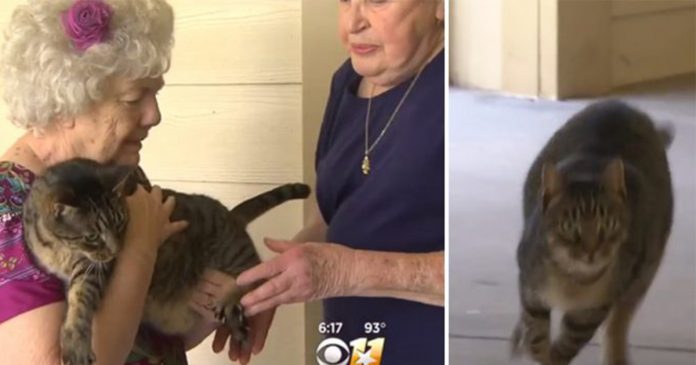 Two neighbors living at the Buena Vista Senior Community in Cleburne, Texas, were taking their pets out for an evening stroll when one woman suddenly collapsed. Thankfully, an unlikely hero miraculously came to the rescue just in time.

Fran Swayze found Bandit in a local no-kill animal shelter. It was love at first sight—Fran immediately told herself “he’s mine,” and brought him home with her to the  Buena Vista Senior Community in Cleburne, Texas.

Fran was drawn to Bandit for a good reason; his personality is unique. One of the things that Fran loves about Bandit is his desire to go on daily walks. To her delight, Bandit “does let me go on a walk with him.”

One evening, Fran’s daughter stopped by the facility to visit her mother 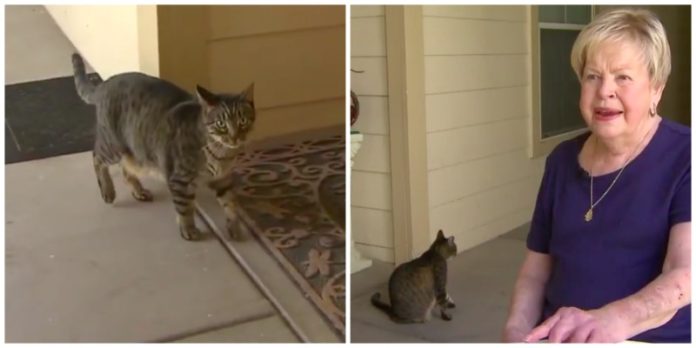 As usual, Bandit wanted to go out for his daily walk. Mother, daughter, and cat sauntered around the center just as they would on any other night. After their walk was finished, they returned to Fran’s apartment.

It was getting late when Fran noticed Bandit by the door, calling to her for another walk

Bandit “turns around and looks at me and goes ‘meow,’ and sits down and waits for me to go to the door,” she recalled. Unable to resist, Fran went to the door and let Bandit outside once more.

As she opened the door, Bandit’s peculiar behavior did not relent.

Instead of keeping to their regular, leisurely pace, he bolted out into the corridor and sprinted ahead of her 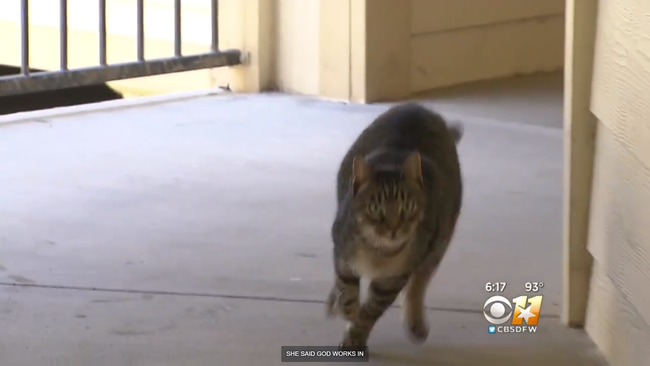 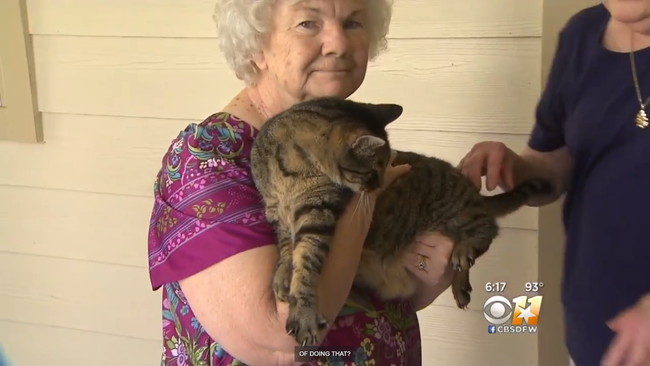 When Fran caught up, he was poking his head through the second-story railing. Down below was Fran’s neighbor, Mary Baker, collapsed on the ground.

Mary was taking her dog, Sugar, out for a walk when her blood sugar levels dropped dangerously low She has diabetes and is unsure how long she was on the ground before Fran and Bandit rushed to her rescue.

Barely able to speak, Fran was unsure how Bandit the cat was able to hear, or somehow sense, Mary’s cries for help. She believes Bandit’s heroics are the result of a divine miracle.

“She said that ‘God works in mysterious ways. And that this time, he worked through a cat,’” Fran recalled.

“I’m blessed, that I have good friends here. This is my extended family,” Mary says, her voice trembling as the tears begin to well.

She and Fran are now good friends, going so far as to call each other “sister” 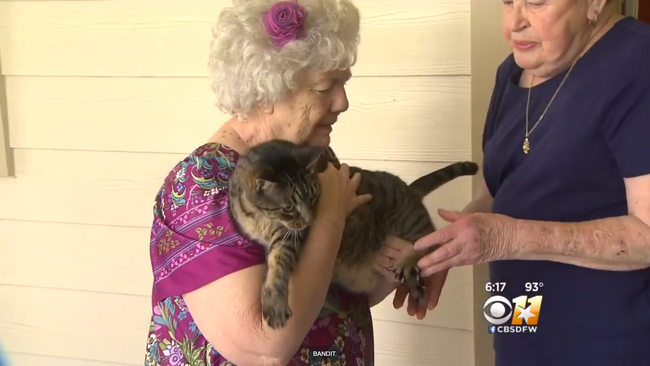 Congratulations on saving a life and bringing these neighbors closer together, Bandit!

See more of Bandit’s heroics below: