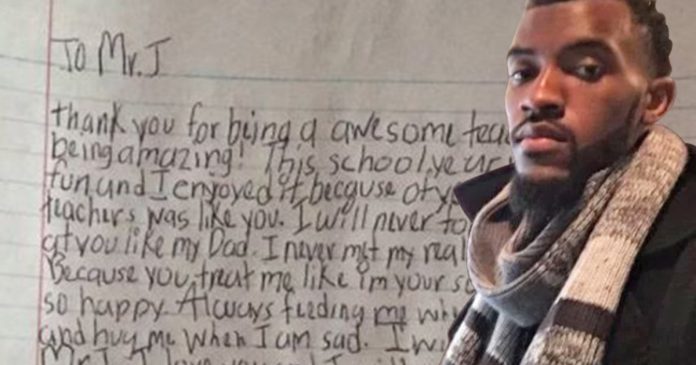 The time right before the end of the school year is when students will usually think of something to give their favorite teachers. They may buy trinkets or give their teachers something handmade in order to show their appreciation.

On April 24, 2017, a fifth grade teacher who goes by Mr. J found a handwritten letter on his desk one day which was left there by one of his students named Markus. The contents of it was so touching, he decided to share the heart-warming letter on Twitter via his Twitter handle @mainey_maine.

The handwritten letter from Markus to Mr. J 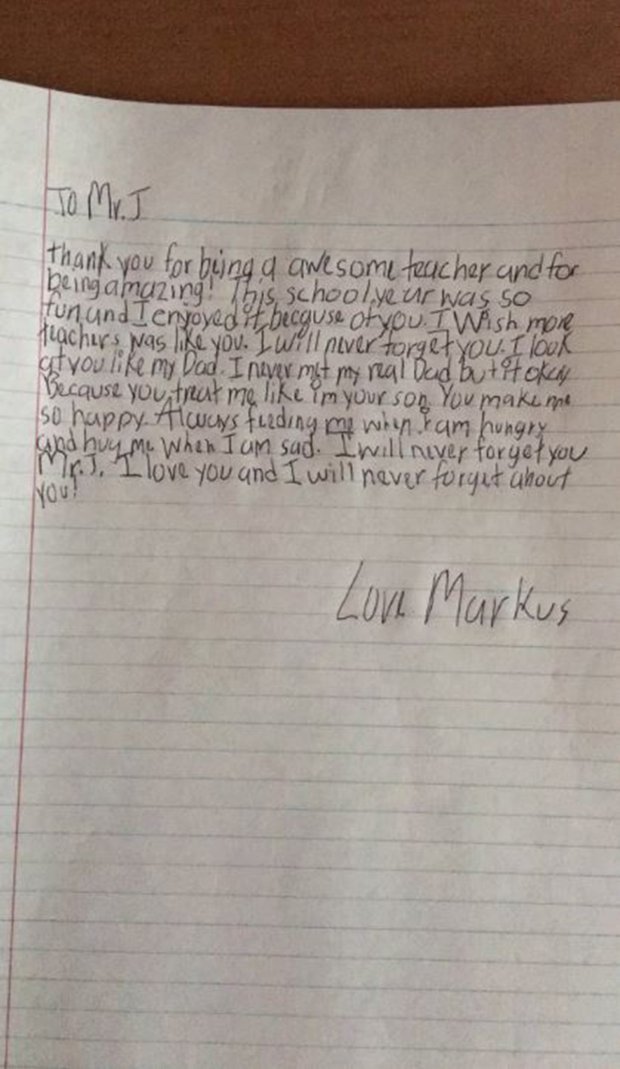 The teacher was so overwhelmed and just had to post the letter on social media, namely his Twitter page. He took a picture of the letter and captioned it:

‘So I walked in the classroom and found this letter on the desk that one of my kids wrote me and… I tried so hard not tear up.’ (@mainey_maine)

His tweet blew up and went viral with over 134,000 retweets and 427,000 people commenting on his tweet. It seems that Mr. J was not the only one trying not to tear up, as the letter left many Twitter users emotional.

Here are some the comments below:

Bless you for having that kind of an impact on a child! More people need to see this as an example

I think you just won the Life Nobel. ? So sweet.

I think you just won the Life Nobel. ? So sweet.

We truly need more teachers like Mr. J in the world today. Hopefully Markus gets all the support he needs in order to grow and live up to his full potential despite the tough circumstances and hardships he may face.