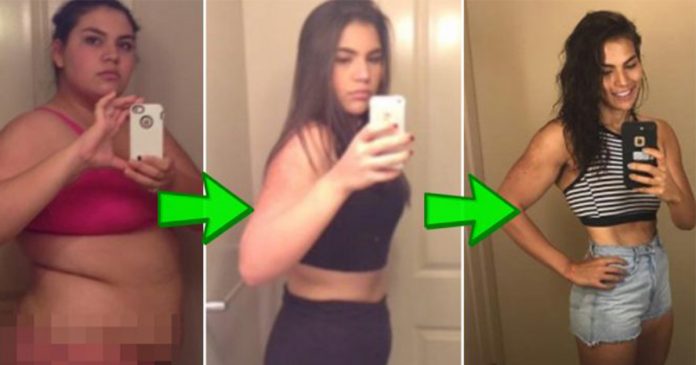 A teacher who was struggling with weight issues had wanted to go under the knife to literally cut out the pounds. Then, things took a turn when she found out how she could lose weight naturally, allowing her to shed over 100 pounds (approx. 45 kg). 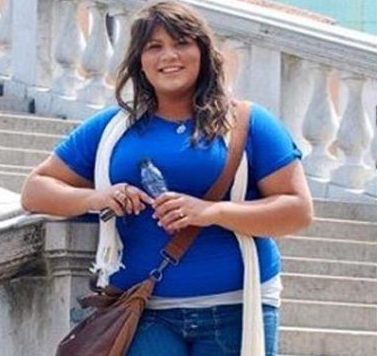 At first glance at Laura Micetich, a 26-year-old teacher from Jackson, Tennessee, one might not realize that she weighed 314 pounds (approx. 142 kg) at just 22 years old.

“I had finished college, I was going into my teaching degree [and] I stepped on a scale and I was over 300 pounds,” Micetich told ABC News

You can hate “fat people”. You can talk smack. Don’t sensor yourself on my account. I’m not bothered that I was “fat”. But I think I’m bothered by people giving a crap that I’m not anymore. I’m bothered by how I see people treat one another. I’m bothered that people believe it’s within their rights to judge others, fat or fit, so intensely. I’m bothered that some we are so casual with flippant comments – comments that may play over and over in someone’s mind. While they may have the ability, no one has the right to make you feel small for who you are, what you do, or how you look. Other people’s opinions only have weight if you let them. Be kind. Work hard. Be true to yourself. That is the only thing you owe the world. There’s a catch-22 of social media: an online world of rose-colored glasses and cultivated personas serves to inspire so many but also normalizes unnecessary judgment of others. But if we are kind to ourselves and kind to others, the world around us and the world we create online can only become better. #throwbackthursday #tbt #weightloss #weightlosstransformation #100poundsdown #allnaturalweightloss #fitnessjourney #fitness #beforeandafter #eatclean #buildmuscle #tranformations #transformation #weights #weightlossmotivation #transformationtuesday #fitness #exercise #fitnesstransformation #lifestylechange #fitfam #fitspo #beastmode #riseandgrind #lift #getstrong #getfit #motivationmonday #beforeandafter

At a young age, the excess weight that Micetich carried had caused her to have high blood pressure and hypothyroidism. She also avoided participating in fun activities due to her weight.

“I used to skip things as silly as waterslides because of the number of stairs,” she told US Weekly. “I was on a dangerous path.”

But everything changed after she lost 129 pounds (approx. 59 kg) without going for weight loss surgery

I’m not sure you truly know who you are or what you’ve got until you cut the strings, cut the crap, and cut the excuses. 2014.

On her Facebook page, Micetich wrote how she took charge of her weight by exercising, “Out of desperation, I found my greatest passion: fitness and health.”

She wrote, “In Spring 2014, after graduating college, I decided to take charge of my life and make a change. After trying and failing to get a handle on my health numerous times, my weight had become a serious enough concern that I began researching what weight loss surgery would entail, I realized I’d need to be in a safe BMI range for the procedure and that I’d have to change my lifestyle drastically following the surgery”

“What initially began as an attempt to implement those necessary changes quickly grew into an intense love of health, fitness and nutrition. I started going to the gym, lifting weights and eating a clean diet tailored to my body’s needs.”

After working out for only a few weeks, Micetich realized that she didn’t have to go for any surgery.

Instead, “I needed to get under the bar,” and now she hits the gym six times a week

“You’re always only one decision away from a totally different life.” . . Don’t laugh or brush that off. Take a deep breath. Think about how real that is. Think about those words. How unbelievable your power to decide is. You stand on the precipice of life changing decisions every single day. . . Now count to five. And physically move. Act on it. Don’t overthink it or talk yourself out of it. Just move. No matter what you’re chasing. . . 5️⃣ 4️⃣ 3️⃣ 2️⃣ 1️⃣ Move toward your goal. This skirt is a 26/28 from @asos. I loved it. I wore it once because it was too snug and I tugged on it all night. Not because I was uncomfortable in my skirt. Because I was uncomfortable in my skin. 5️⃣4️⃣3️⃣2️⃣1️⃣MOVE

What I want most is to nurture your sense of adventure… whether it’s in the world, your thoughts, or in pages of books you read. Finding a sense of wonder in the world is one of the greatest gifts. What I want most is to foster your sense of self… whether it’s in the classroom, the boardroom, or the weight room. Finding a sense of self in the world is one of the greatest challenges. Create yourself. And then recreate yourself. Don’t be afraid of your untapped potential ? Back from LA. Time to find focus and take steps toward bettering self. Work hard. Push hard. Grind hard. Summer’s around the corner. What will we accomplish? . . . . #weightloss #weightlosstransformation #allnaturalweightloss #fitnessjourney #fitness #beforeandafter #eatclean #buildmuscle #tranformations #transformation #weights #weightlossmotivation #transformationtuesday #exercise #fitnesstransformation #lifestylechange #fitfam #fitspo #beastmode #riseandgrind #lift #getstrong #getfit #motivation #instafit #fitnessinspiration #fitfam #FatLoss

We think failure is not achieving our goals. Failure is believing we are trying hard enough when we aren’t giving all we have. We must not sell ourselves short. We must not allow that disservice. We must not let anyone tell us that we can’t do it… even ourselves. Almost four years ago, I weighed over 300 lbs. I had hypothyroidism, blood pressure issues, and was teetering on the edge of pre-diabetes. I was resigned to my fate of sore knees, aching shoulders, shortness of breath… Every fiber of my being told me that this life wasn’t for me – that I wanted to run, play, jump, and climb… to explore the world and to find myself. Somewhere deep down, hidden under all the self doubt, was a risk taker… was an athlete. Almost four years ago, “I can do it” met “I should do it” and lightning struck. Magic happened. I got over my excuses and under the bar. This is my story. What will yours be? If you’re looking to start your story, click the link in my bio or head to theirongiantesslife.com – let’s do it ?? #theirongiantess #tigtrains #tig #theirongiantesslife #weightlifting #weightlosstransformation #weightloss

Throwback moment here: Bask in the big moments and remember the great ones! New and wonderful life events have me reflecting back on this one and the amazing friends I will forever be bonded with. I couldn’t be prouder to share this experience with wonderful women like this! #teacherlife

If anyone wants to lose weight, Micetich has a message: “It’s about proving to yourself that you want that change enough to wait for it and work for it and when it gets there, then you appreciate it.”