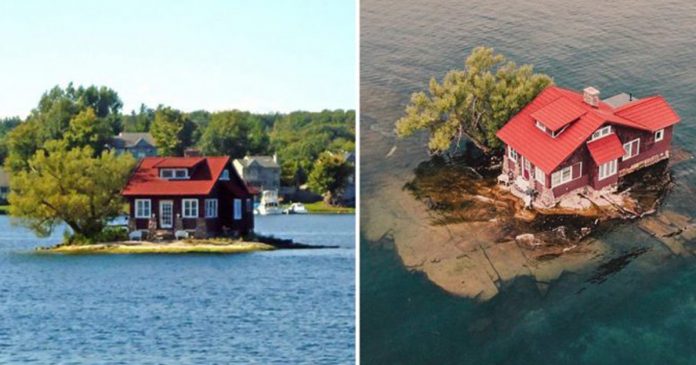 Have you ever fantasized about owning your own island? A majority of the population has, at one point in their lives, thought about how nice it would be to own a luxurious island all to themselves. It is a symbol of affluence when a person says they own an island because only the extremely rich can afford to own an entire land form.

Well, that is not the case when it comes to this particular island located along the Saint Lawrence River which is situated between New York and Ontario, Canada. 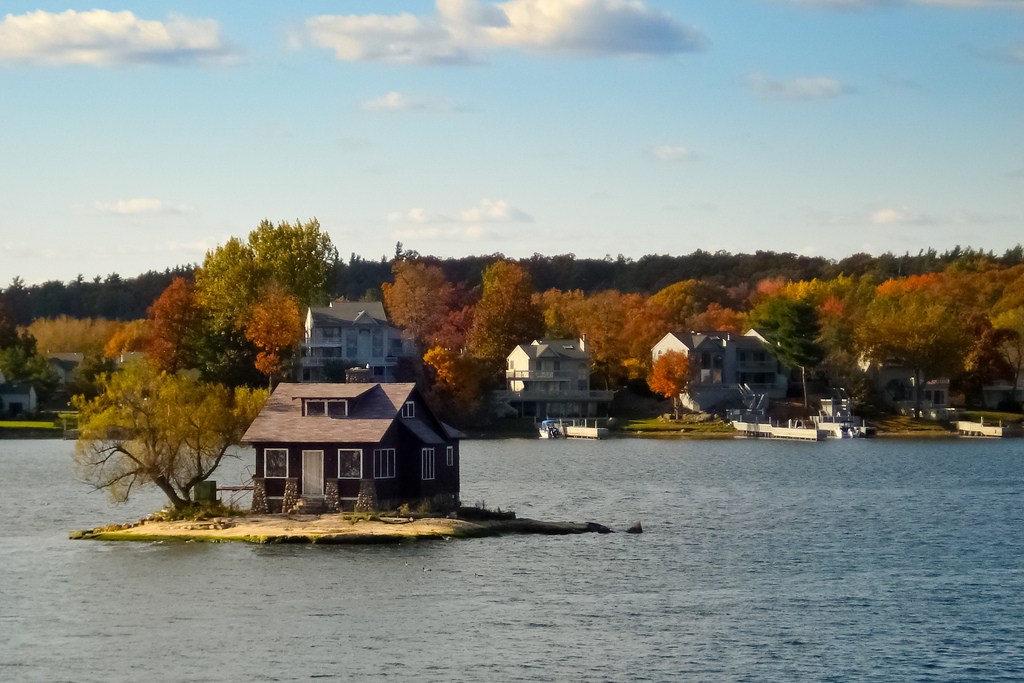 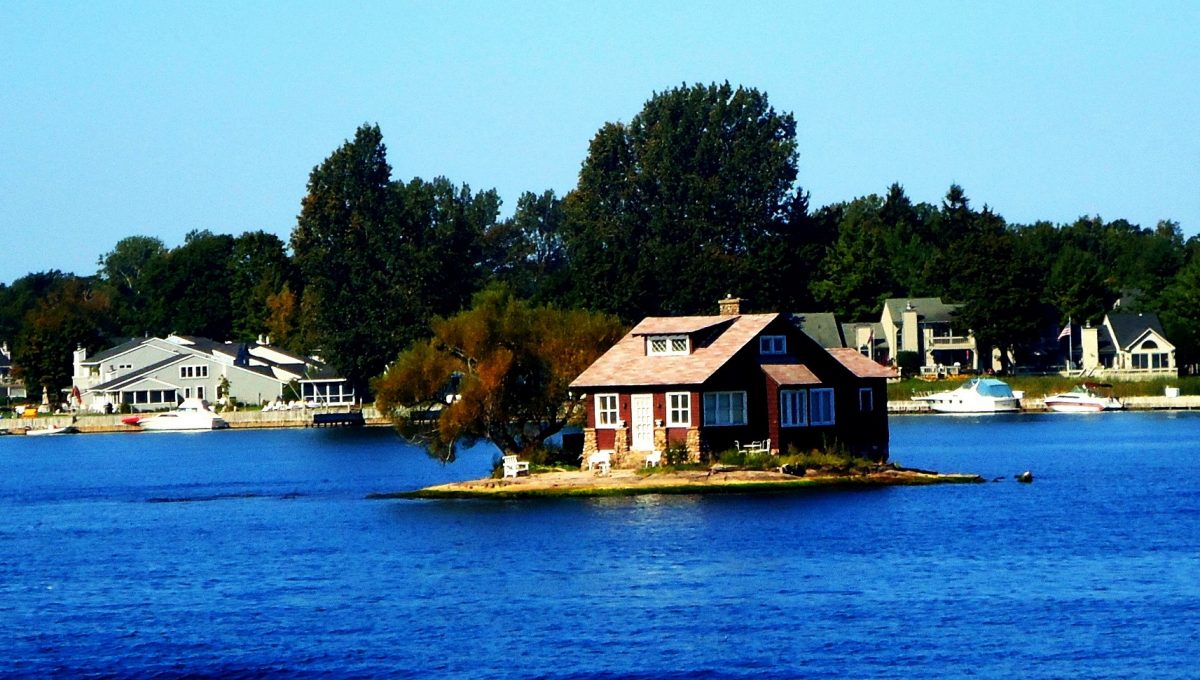 There are certain requirements that need to be followed in order for a piece of land to enjoy the designation of an island.

The land mass must be larger than one square foot, remain above the water level year-round, and sustain at least one tree 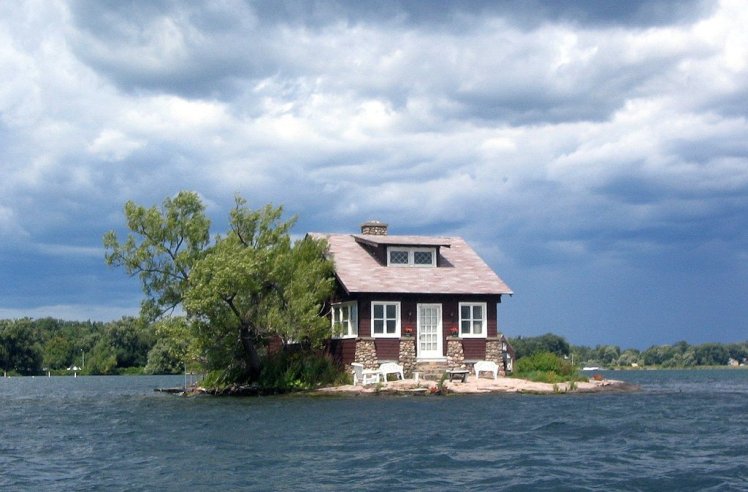 In order to meet the specifications, the Sizelands made an effort to bring in a tree onto the island and set up a front lawn so their home on the water can officially be considered as an island 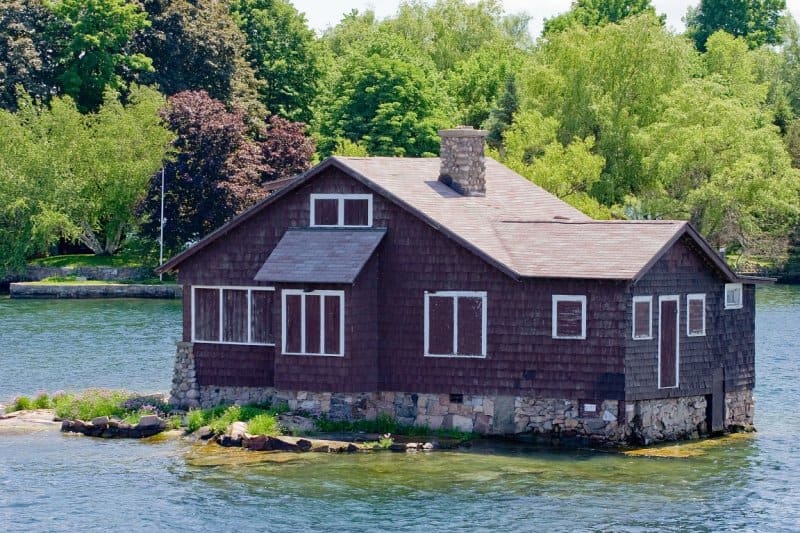 This conservative 3,300 sq ft land based in the water is just enough for a house and a tree. It was supposed to be a cozy little space for the family but since the island has been named the smallest island in the world, the Sizeland’s home has become a tourist spot. 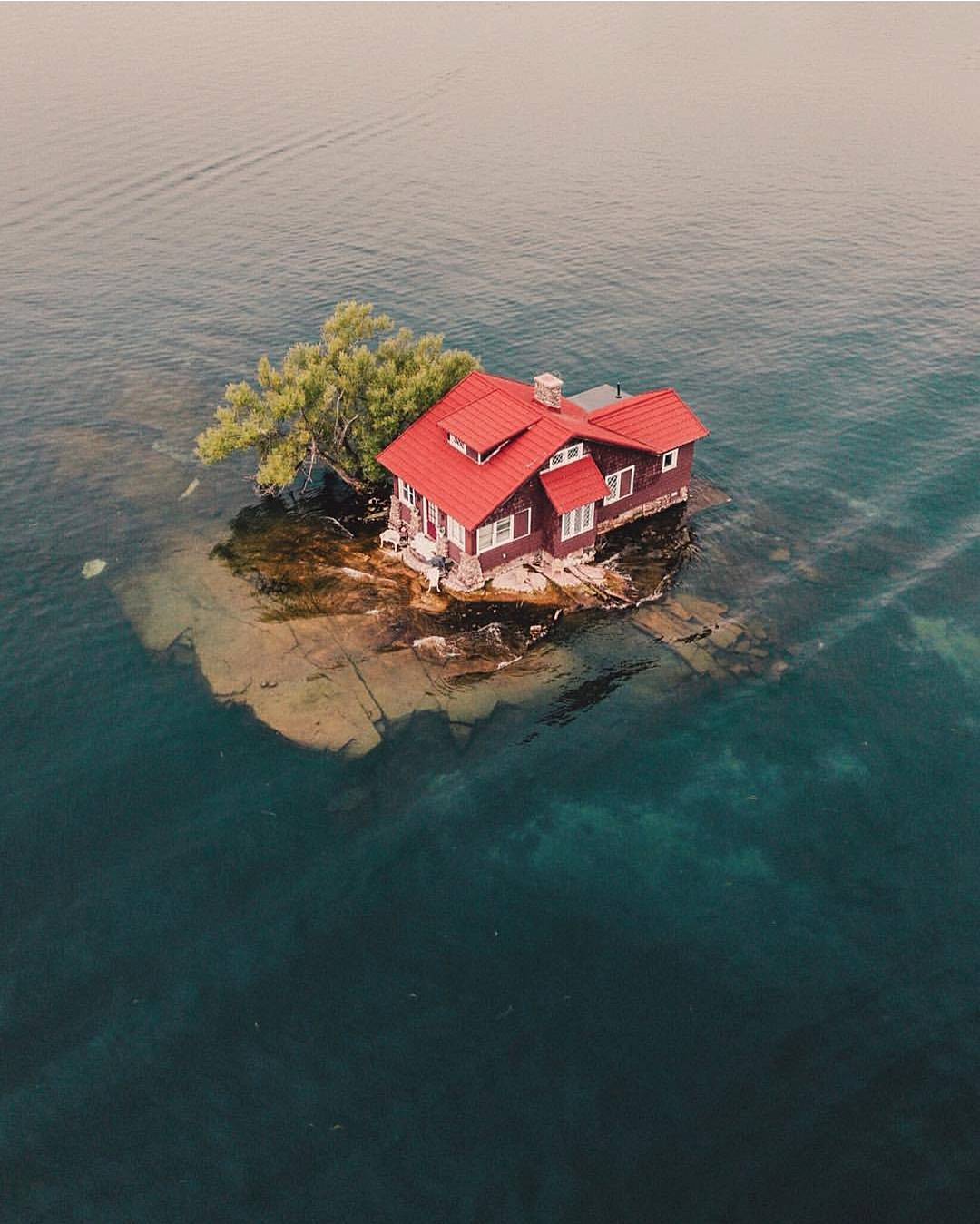 Mom left dad to dress the baby. But when she sees...