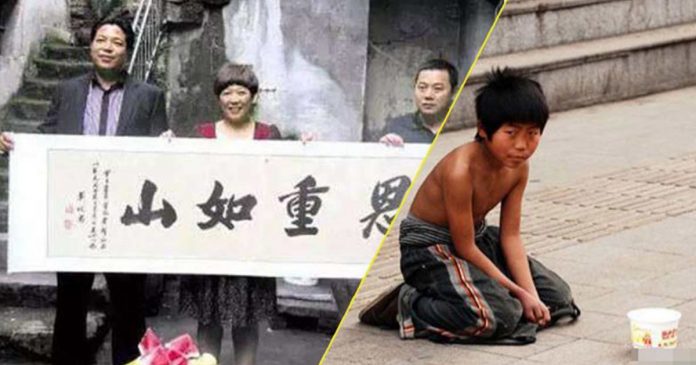 25 years ago, 17-year-old He Rongfeng left his village with his two friends and made their way to Taizhou City in Zheijang Province, China. He Rongfeng was determined to find a job in the city to support his struggling family. His two friends also shared the same dream.

However, their dreams seemed almost impossible to be achieved when they kept being rejected when they applied for a job. As they ran out of money, the trio had to resort to begging on the street.

One day, He Rongfeng and his friends arrived at a noodle shop which was packed with customers. Unfortunately, they only could see from the outside of the shop as a bowl of noodles was rather expensive for them.

She was certain that the three of them looked hungry and were staring at the noodles so she invited the boys to eat for free. Later, she learned that He Rongfeng and his friends had been begging on the street for a few days so Dai Xingfen later invited them to stay at her small apartment which she shared with her husband.

That night, Dai Xingfen tried to contact her friends who worked at the nearby factories and asked them if they knew any vacant positions for the boys. Unfortunately, there was no job openings at that moment.

Seeing the boys looked desperate to change their lives, Dai Xingfen later told the boys to go look for jobs at the nearby city of Huangyan. She also gave the boys train fare.

Soon, the boys departed for a new city. It turned out that their luck was in the new city when all three of them got a job at a furniture factory. There, He Rongfeng worked hard and learned many skills. Years later, he finally opened his own business in Liaoning Province’s Shenyang City.

Thanks to his dedication, hard work and perseverance, he is now the Chairman of the Shenyang Jiu Jiu Li Feng Group and also a leader in the local furniture and paint industry. He Rongfeng became a multi-millionaire from the profit he gained in his business.

Even though he is now a millionaire, he never forgets the wisdom Dai Xingfen told him before he left to work at the furniture factory. “Wealth is not as important as integrity” was what Dai Xingfen told him to hold on to if he became a successful man in the future. Now, not only he is rich, he is also proud to live with integrity.

Years have went by but He Rongfeng still remembers Dai Xingfen, the woman who helped and trusted him and his friends when no one did not. So, in 2014, He Rongfeng went back to Taizhou City to seek Xingfen out. Lucky for him, the kind-hearted woman still working at the same noodle shop just like two decades ago.

He Rongfeng then reunited with Dai Xingfen and even offered US$ 80, 000 to repair her old house. To him, it was a small amount compared to Dai Xingfen’s help. Nevertheless, the old woman refused his offer and said that she did not help him to gain something in return. 25 years ago, she sincerely wanted to help young He Rongfeng because of compassion. She told that she, too, knew how it felt to try to survive in a new place to earn a living so she empathised with the boys upon seeing them.

He Rongfeng then later offered a large plague which reads: ‘Gratitude as Heavy as a Mountain’ for Dai Xingfen to put at her shop 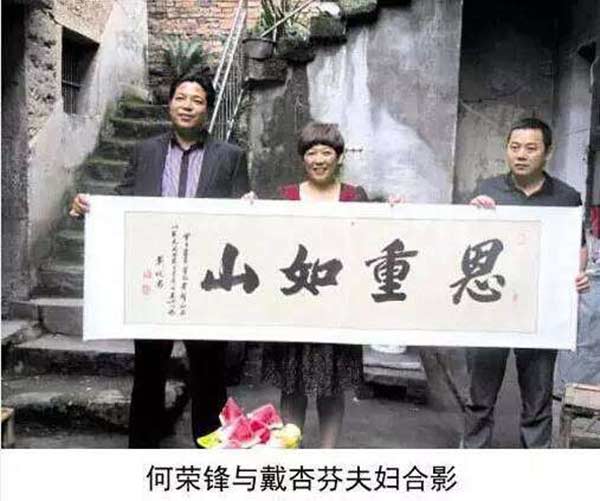 He is really grateful for what Dai Xingfen did to him and his friends years ago and he would never forget her favour.

Now, that is a story that teaches us how a small act of kindness can change someone’s life forever! We are sure that Dai Xingfen must have helped many other people throughout her life. She could just ignore the boys but she lent them a hand. What an amazing lady!