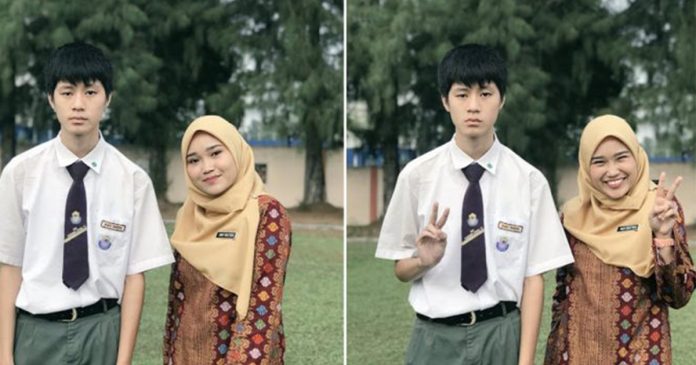 A standard classroom is a great example of a diverse cross section of various kinds of students. There are the studious high-achievers, the athletic bunch, the rebellious teenagers and the few shy and introverted individuals. These quiet students tend to blend into the background of the class as they try to be as inconspicuous as possible so as not to draw attention to themselves.

It is solely up to the teachers to try and ease these pupils out of their shells in order for them to reach their full potential. 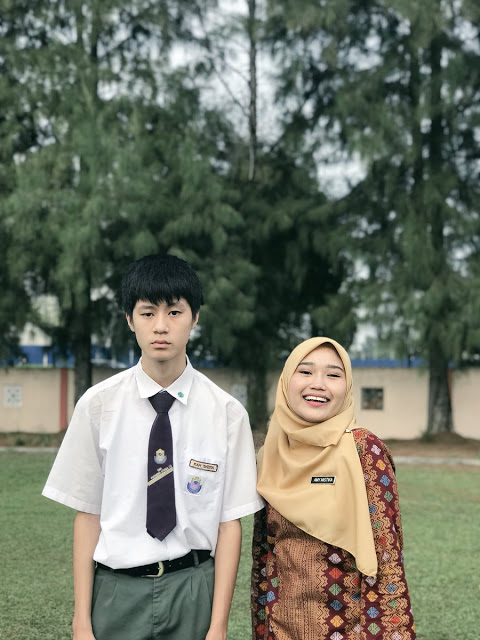 The teachers who had previously taught him gave him the nickname ‘no head’ because he often looked down at his desk and did not speak a word. 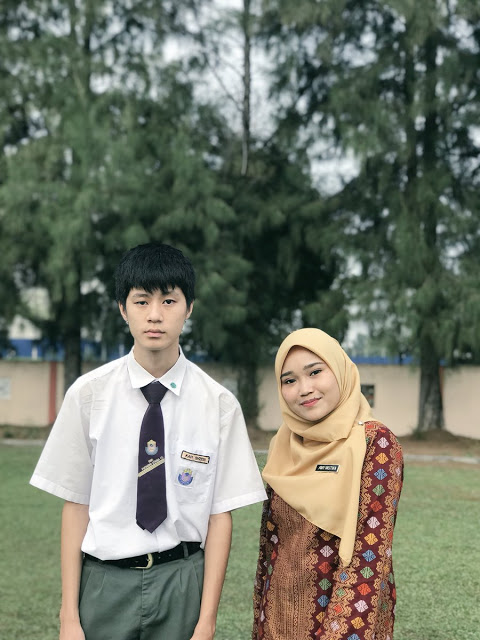 The trainee teacher wrote on her Twitter page as follows,

I remembered a shy and very quiet student named Yip Kah Shzen. It was extremely difficult to hear his voice.

When I first entered the class of 4 Einstein, I did not even realize the presence of this student. He was very quiet while the rest of the class was actually very noisy and chaotic.

I asked each student’s name and asked them to introduce themselves. When it came to his turn, he remained silent. He just sat down and stared at his desk. He did not move even though i called to him several times.

His friend said, “Teacher, he’s just like that, shy”

I asked for his name from his friend.

The next time i entered the class, while I was teaching, the students became really noisy and restless it was chaotic. I myself felt they were uncontrollable, but what stood out to me was that Kah Shzen did not move and just stared at his table.

After that I decided to take steps to change the class position and table arrangement. I moved Kah Shzen to the front row which was near me so i could better monitor him.

After changing the desk positions, I had decided to set up a fund box to penalize students who failed to bring their books and calculators.

Every time I entered the class, I will check with each student to see if they brought the items 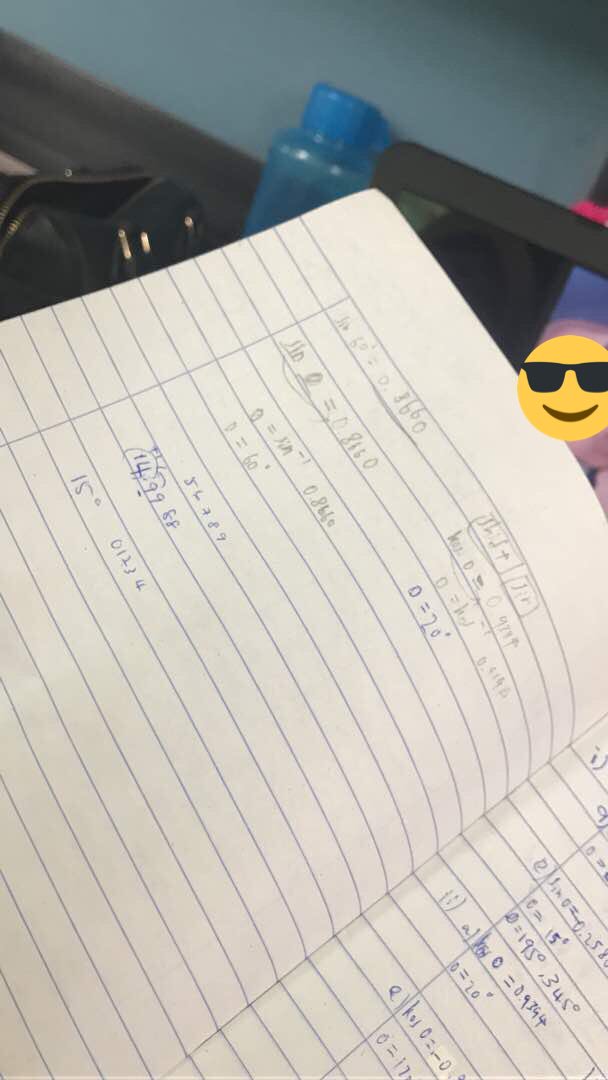 When i reached Kah Shzen, he still only stared at the table. I asked him where his things were and he remained silent. I asked his friend sitting next to him how the other teachers thought him?

His friend replied saying, “The previous teacher left him alone. He never spoke.” After finishing the class, I wondered, how should i help Kah Shzen?

I met with his Mathematics teacher who had thought the class before. The teacher said, “He cannot be helped. Just leave him be.”

I felt like it was unfair that Kah Shzen was treated like that. I took steps in order to speak Mandarin to him. Maybe he did not understand Malay.

I asked him in Mandarin, where were his books and calculator? 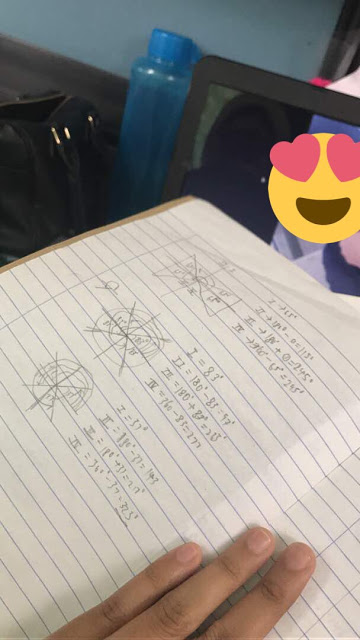 I thought maybe he could not afford it so I did not have the heart to punish him. If this carried on though, it will be unfair to the other students. I then went to meet the head teacher of the mathematics committee.

I borrowed an extra book from the mathematics committee teacher and lent it to Kah Shzen. I also gave him a calculator to use each time there was class.

I thought the class as usual and at the same time, I observed and monitored Kah Shzen’s situation. I kept trying to talk to him and each time we had class i would ask him something.

One day, I had checked his exercise book and apparently, Kah Shzen had been writing and copying every lesson I wrote on the whiteboard into his book 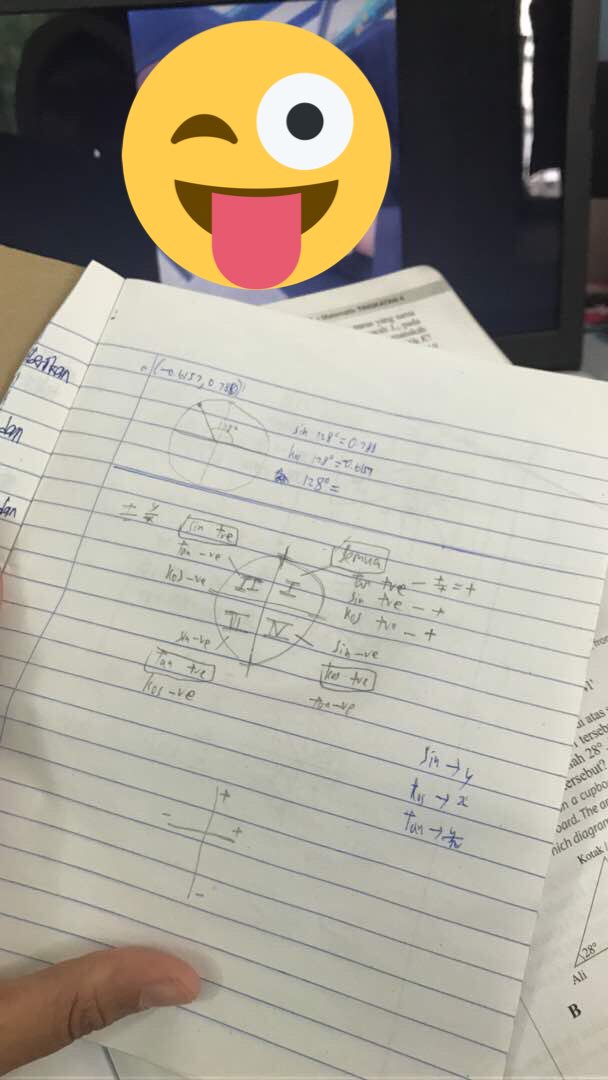 Every word and number.

Since being given a text book, Kah Shzen started sending in his school work. What I assigned, he would do. He did not want to do his school work before because he wasn’t given the right materials to do so.

I can say honestly that this class was very active and chaotic. In other classes I was able to teach four things at a time but in this class I could only teach them one thing at a time. I always took the time to pay attention to Kah Shzen though.

While I thought this class, I asked Kah Shzen a series of questions and 80 percent of the questions had been answered correctly.

Kah Shzen was not a weak student. He had potential. 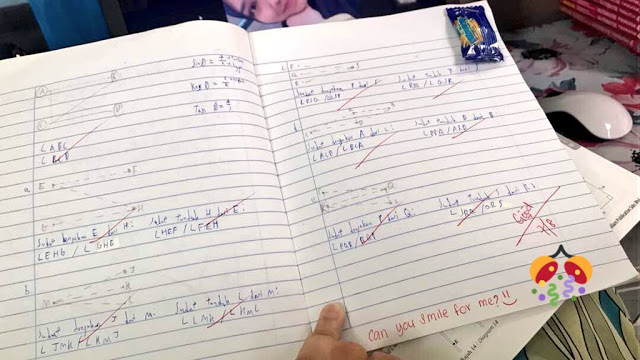 Every time I thought in his class, I will repeat the lesson again to Kah Shzen personally. This was so he remembered more efficiently what was thought in class.

One day I had a conversation with his art teacher. The teacher asked me about Kah Shzen’s attitude in the classroom.

The teacher said, “Ohh he always looked at his table in the classroom. I always called him no head. I could not do anything else for him. ”

I showed Kai Shzen’s exercise book to the teacher. The teacher was silent when she looked at Kah Shzen’s book which was full of complete and correct exercises.

Little by little, Kah Shzen started to come out of his shell. 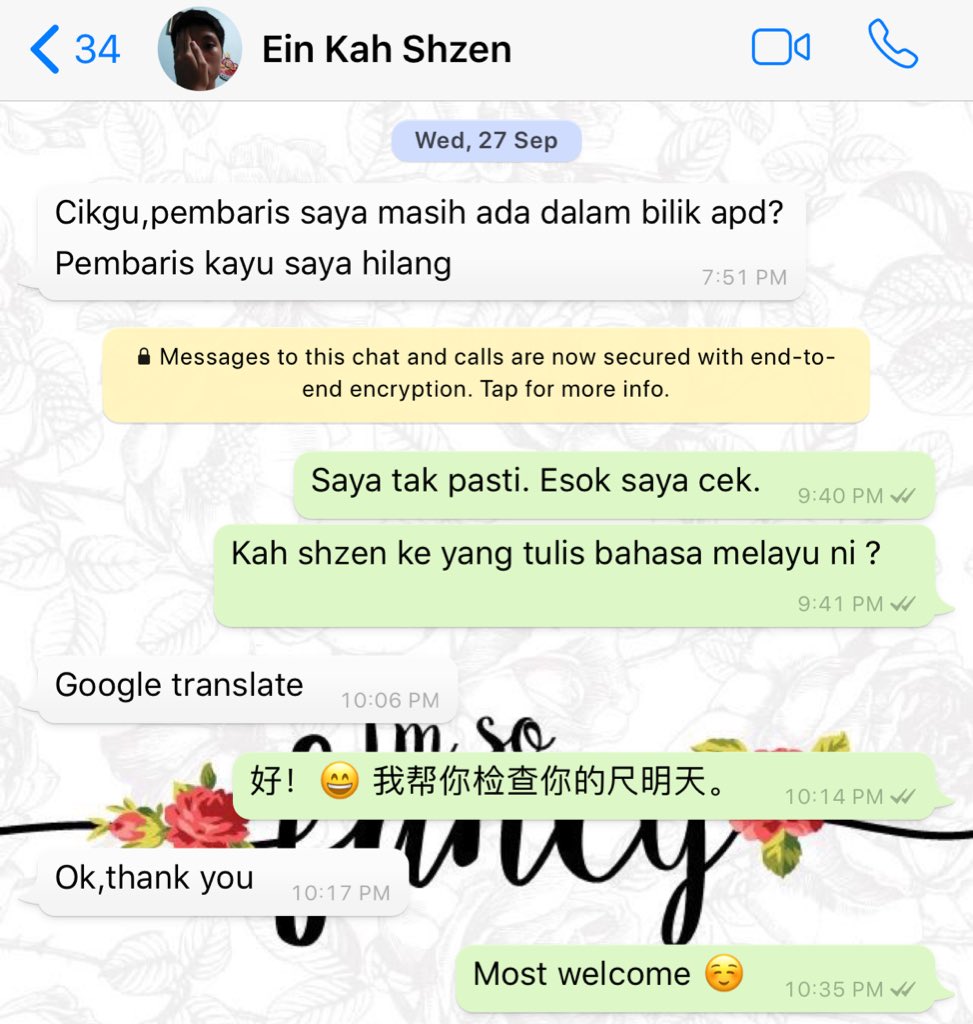 I was surprised but at the same time I was very happy.

Although the message was translated from Mandarin, I did not mind because what was important was that I’ve seen his efforts in order to interact with me. Actually, Kah Shzen is a good student.

After checking his exercise book, I always made a little note at the bottom of the book  telling him to smile. It was so hard to see his open his mouth let alone smile.

Eventually my training time was almost over at the school. During the last week, my students and I planned to hold a farewell party. Class 4 Einstein was a very special class because it had given me so much experience in being a teacher.

I really hoped that all of the students would come and meet me for the last time. I had asked each class student to go to the farewell party.

When it came to Kah Shzen’s turn, I said earnestly, “I hope you’ll come”, because he was my most special student. He thought me the meaning of patience in educating the children of the nation.

Kah Shzen also taught me not to give up easily and he has proven to me that everyone has their own advantages and disadvantages.

Before I left the class on that very day, his friend had given me a piece of paper. He said Kah Shzen had asked him to give it to me. I looked at Kah Shzen and said, “Thank you!” Kah Shzen kept looking at the table.

I opened the paper and saw that Kah Shzen wrote the phrase, “THANK YOU, CIKGU”. Although the sentence seemed very short and concise, it meant a great deal to me.

On the day of the farewell party, I felt that Kah Shzen would not come. 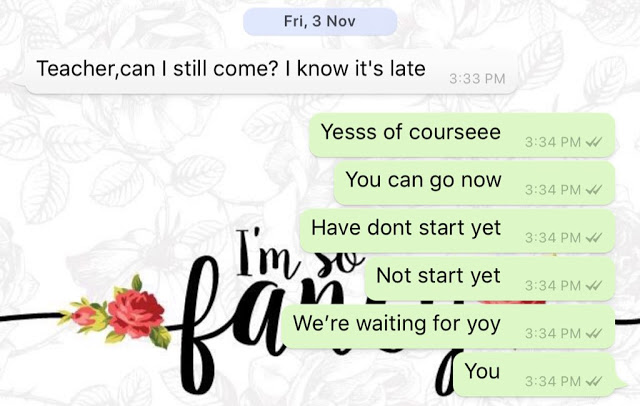 When it came time for us to take pictures I asked Kah Shzen to give a smile as I said to him, “Today’s my last day, please give me a smile!” and he tried to give me a sweet smile.

As we dispersed, his friends started making jokes. 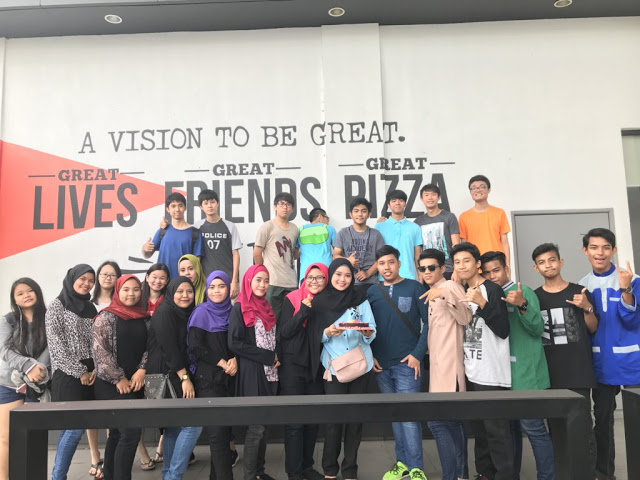 Although his smile was not directed at me I fetl like it was a reward for not giving up on him. Thank you to Yip Kah Shzen and Class 4 Einstein for giving me the most memorable experience of teaching.

I really miss all of you!