Well, whatever the decision is, we cannot help but to look at how trendy and unique school uniforms can be, especially when they differ so much from one school to another. Let us look at what school uniforms look like around the globe. 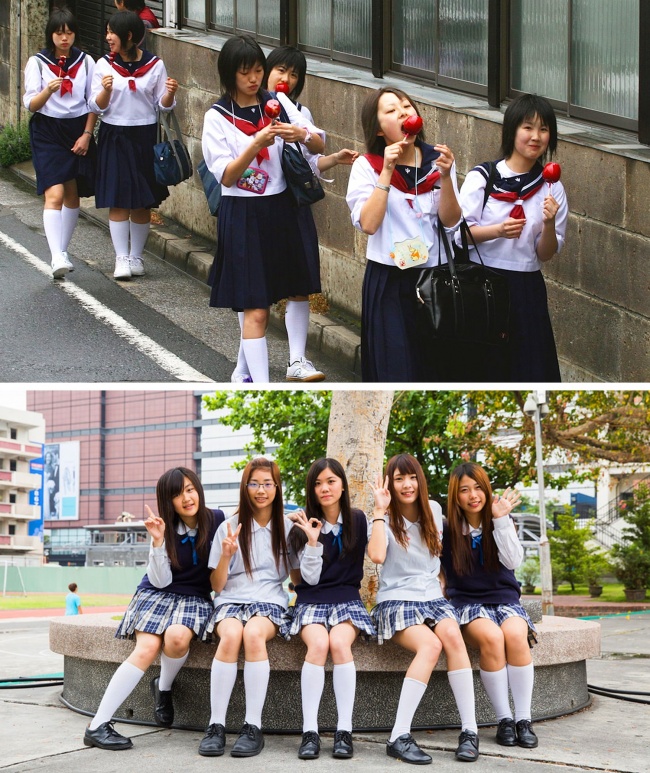 Thanks to the popularity of anime and manga, Japanese school uniforms for girls or ‘seifuku’ in Japan are immensely adored by many. Their uniforms consist of a blouse and pleated skirt which vary from one school to another. Japanese students pair their uniforms with a pair of black brogues with low heels and knee high socks. 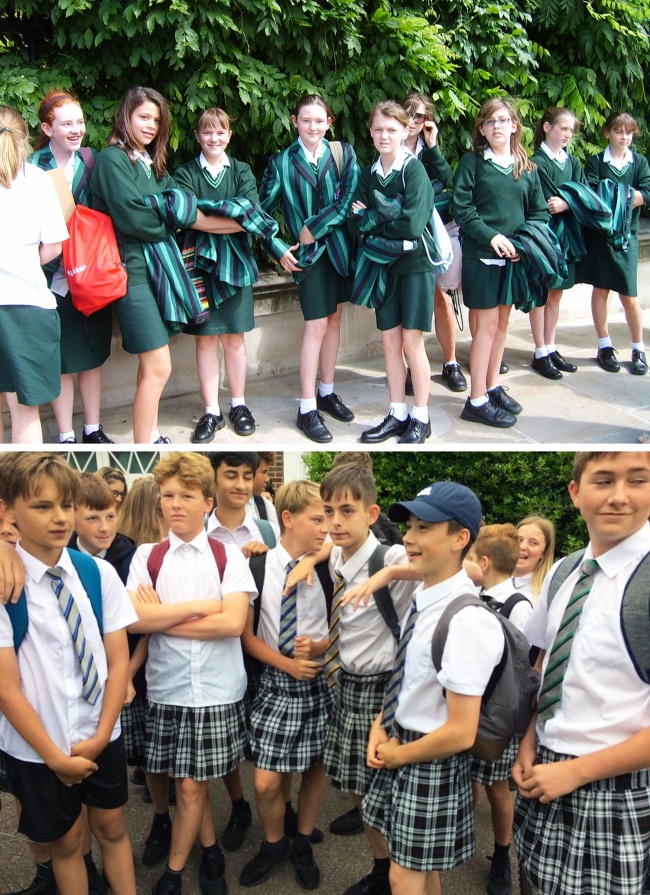 In Great Britain, dress code for school is very strict. During early years of when schools were first build, their school uniform were all standardised into one colour, blue. This colour was believed to teach students to be organised and calm.

However, schools in Great Britain no longer impose strict rules and they are allowed to have their own school uniform style and colour. 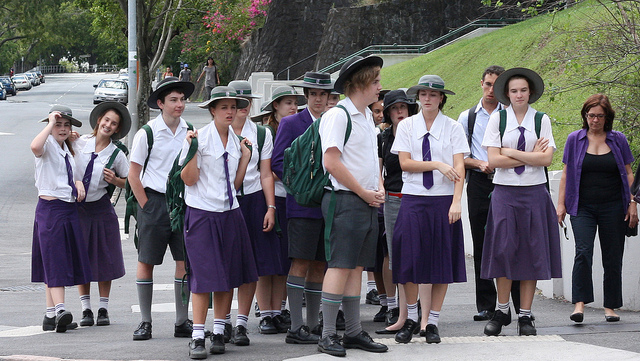 Australian preserved many traditions from the British and this is especially apparent in their school uniforms which look similar like the ones in Great Britain. Nevertheless, they require their students to wear hats as the weather can get very hot sometimes. 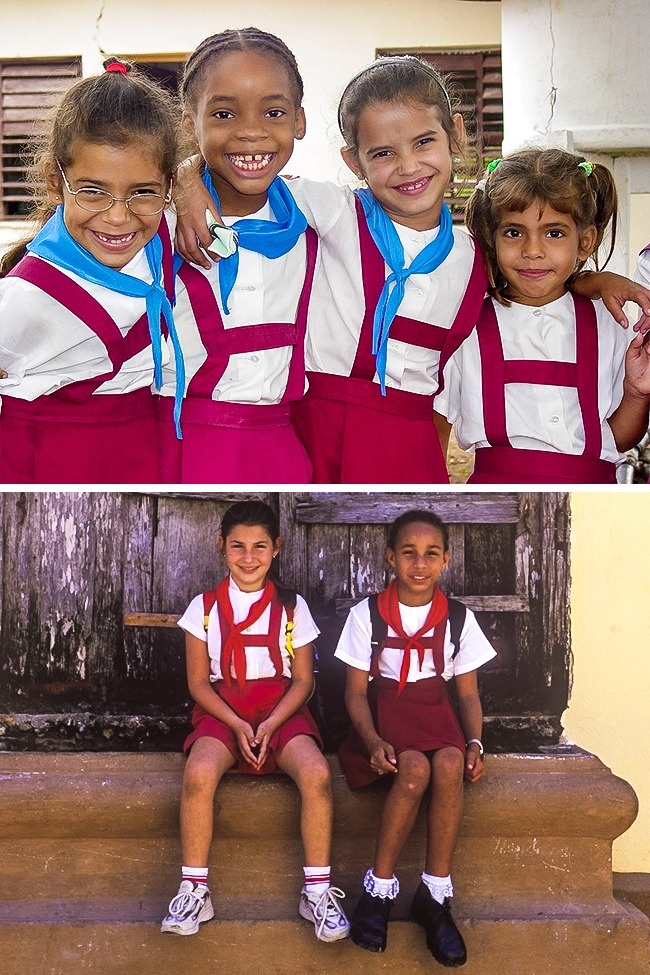 School uniforms in Cuba are varied with some schools opt for white top with yellow pants or skirt while some choose blue top to be paired with dark blue bottom. There are also schools whose uniforms are a combination of white shirt and red pinafore or red pants along with a tie. 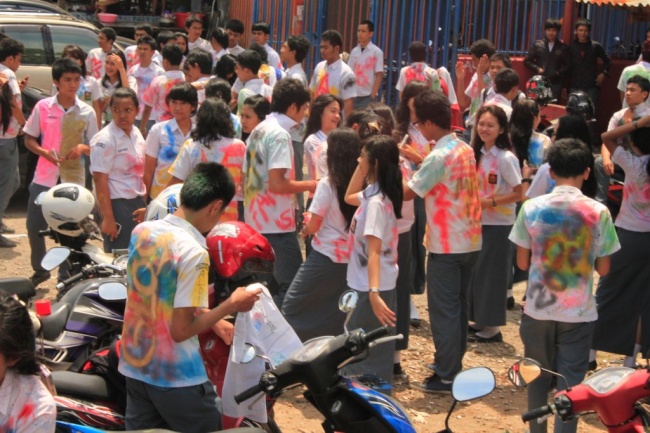 In Indonesia, the school uniforms vary according to the stage of education. They always wear white top but the colour of the pants or skirt can be red, dark blue or grey. It has become a common in the country where students paint their school uniforms with spray paint and markers when they graduate from high school. 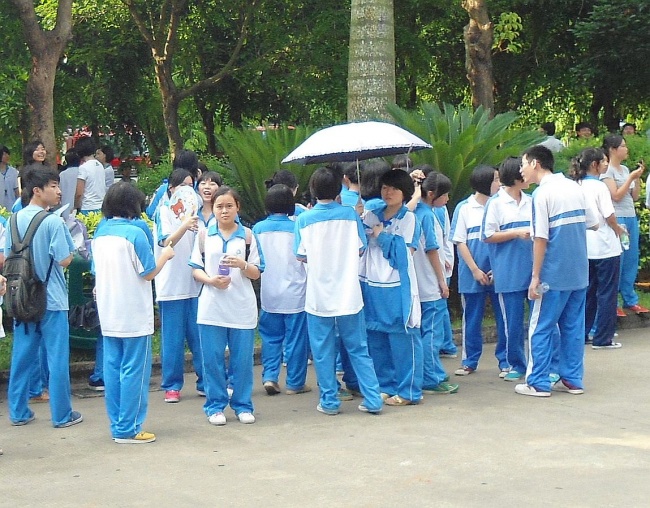 Students in China have a few sets of school uniforms which they wear on different occasions; holidays, usual school day, summer and winter. Usually, the uniforms for girls and boys do not differ much and their uniforms look more like sport attires. 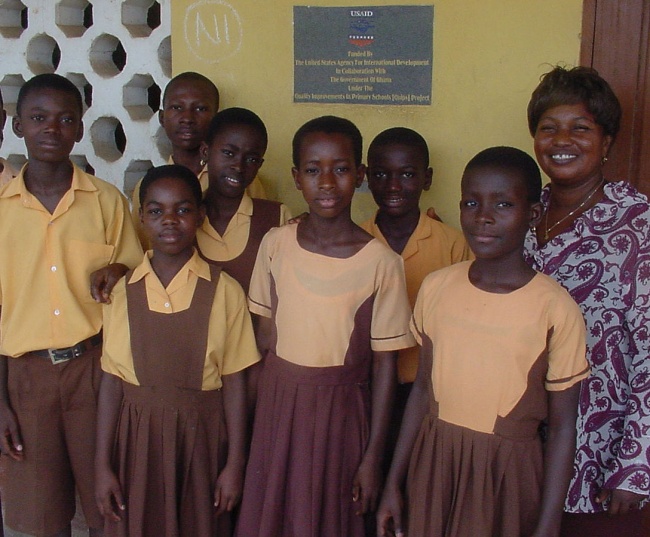 Previously, having a school uniform is a requirement to get into school in Ghana. Since most of its people have one of the lowest income in Africa and many people are still living in poverty, the requirement did not allow many students to get formal education. So, the government distributes free school uniforms to underprivileged students in 2010 to overcome the issue 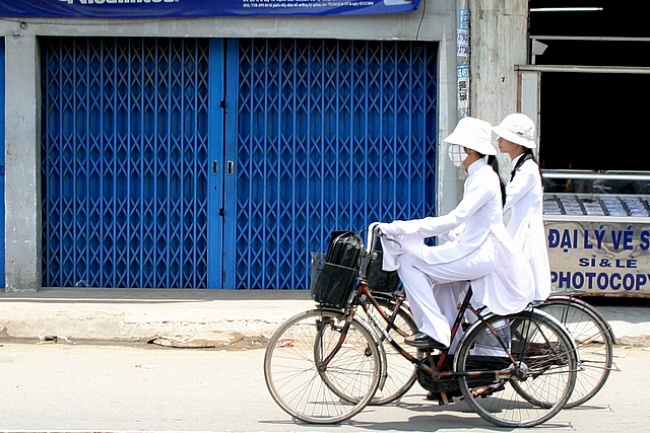 Students in elementary and secondary schools wear quite similar uniforms like students from other countries but girls from high school can choose to wear ‘ao dai’, Vietnamese national costume. Some schools only opt for the girls to wear this during special occasions while others prefer their female students to wear it as their everyday school uniforms. 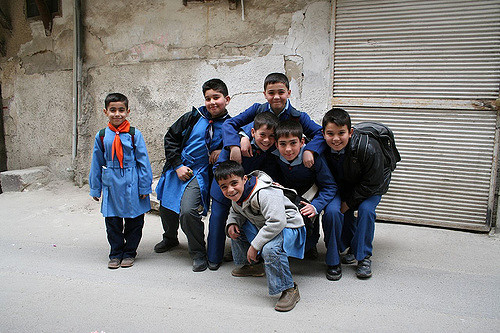 Their school uniforms were dull khaki before they were changed to brighter colours like blue, pink and grey to symbolise their dream to live in peace after decades of political and military conflicts. 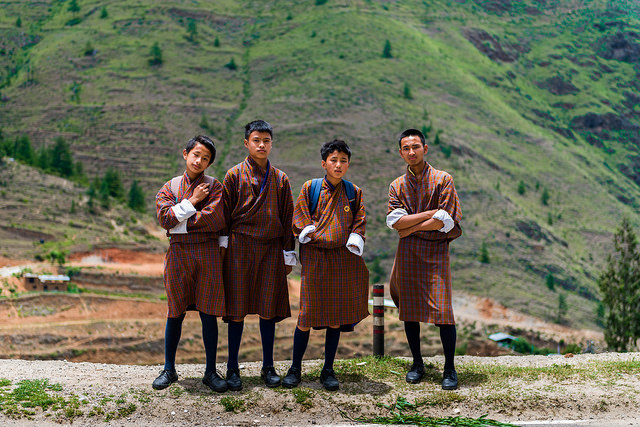 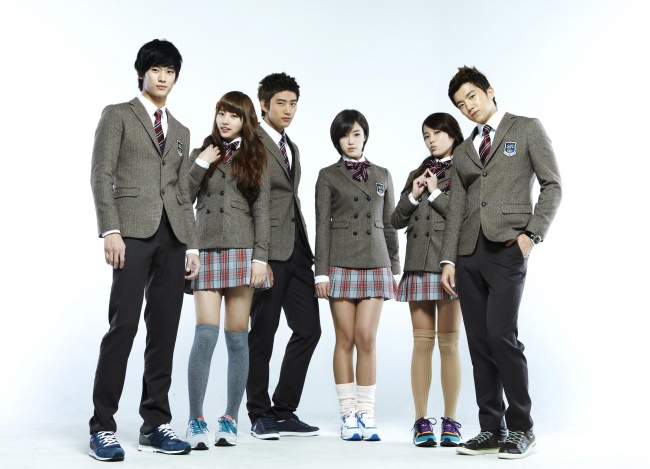 Another country like Japan where their school uniforms receive immense popularity thanks to their booming entertainment industry which features actor and actresses and even idols wearing school uniforms as one of fashion trends. 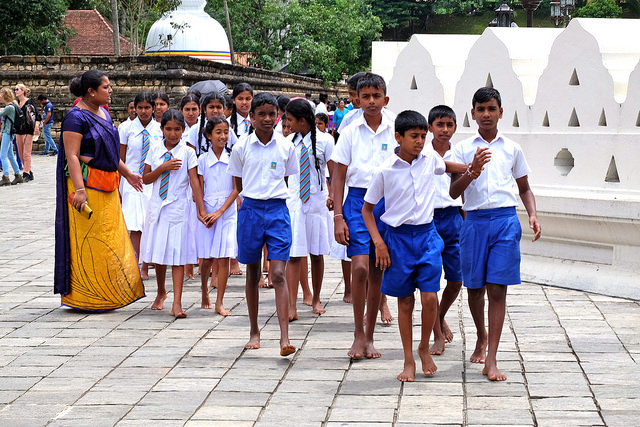 White is a very popular colour for school uniforms in this country. Girls are required to wear white dress and a tie while the boys wear white top with blue shorts. The boys also wear full white ensemble on special occasions. 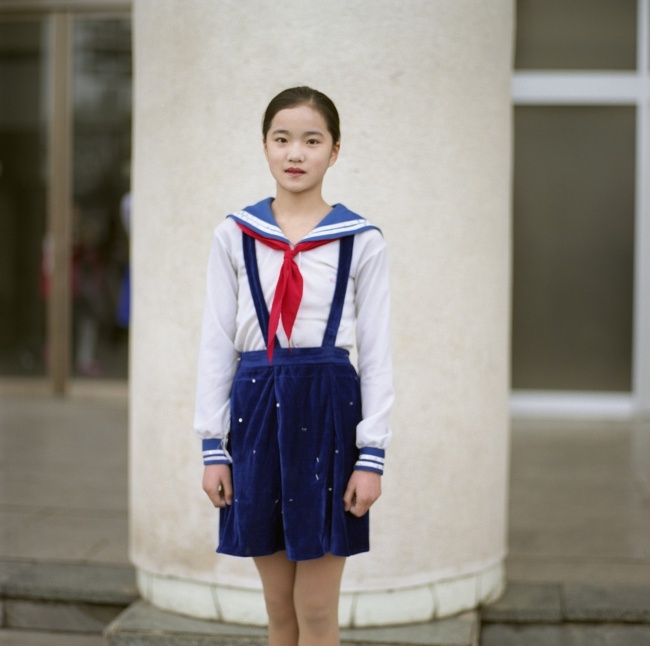 School uniforms are compulsory in North Korea with the girls wearing dresses and the boys wearing shirts with pants. All of the students wear red scarf on their neck as symbol to support the government. 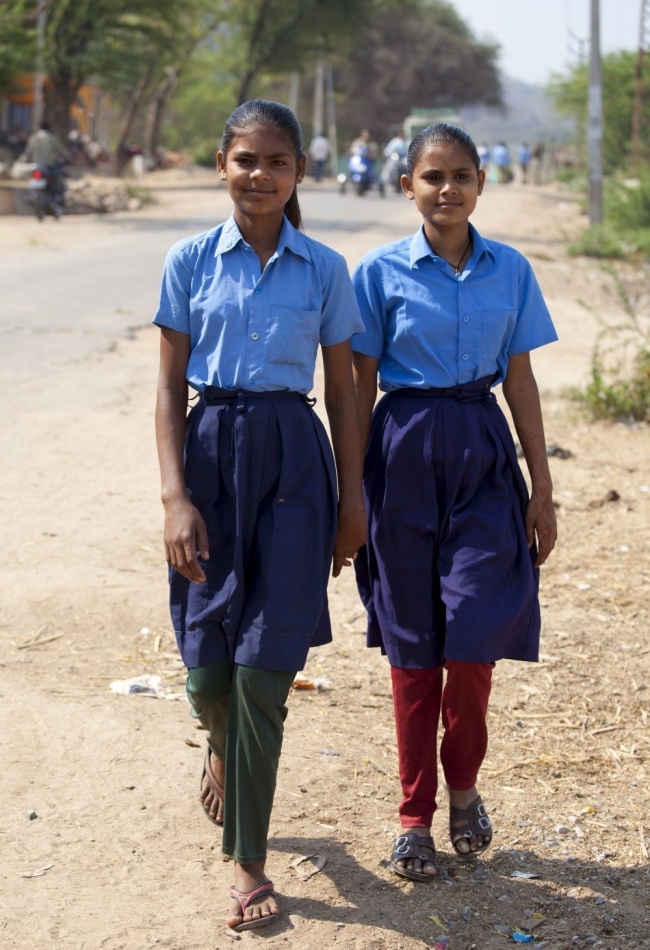 In India, boys wear similar school uniforms like male students in other countries; shirt, shorts, socks and dark shoes. However, girls are required to wear pants with their school uniform.