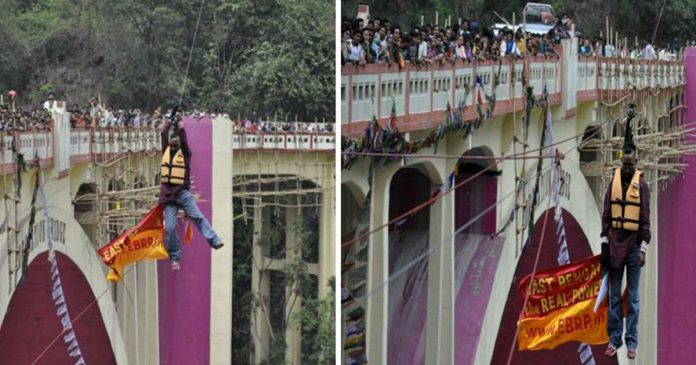 A tragic incident happened recently which involved an Indian stuntman named Sailendra Nath Roy who had tried to break his previous Guinness World Record for travelling the farthest distance on a zip wire using hair.

The 50-year-old daredevil was already halfway across the length of the zip wire when a freak accident occurred. His ponytail got entangled in the zip line wheel and he was left stranded midway through his stunt for 25 minutes. It is believed that Roy suffered a major cardiac arrest after he got stuck doing his stunt and subsequently died despite desperately attempting to free himself.

Close to 1,000 spectators had shown up to witness Roy’s attempt at breaking his previous world record over the Teesta River located in the West Bengal state 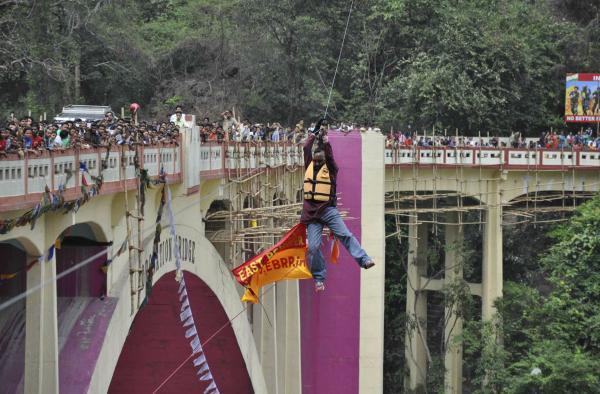 He had set up a 600ft zip wire from the Coronation Bridge, 70ft above the river for the attempt and he wore a life jacket in case anything should go wrong 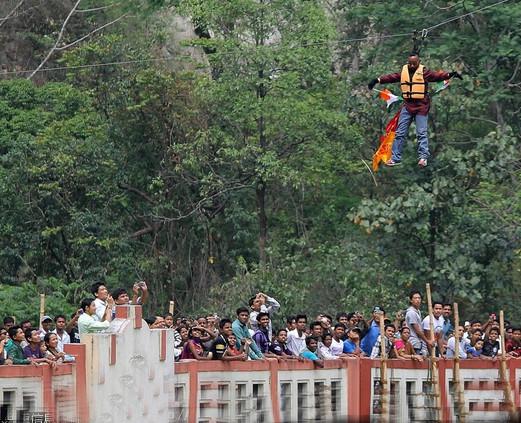 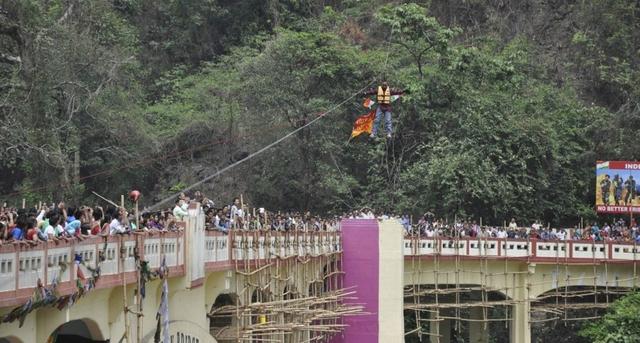 He struggled to get loose for several minutes before going very still. 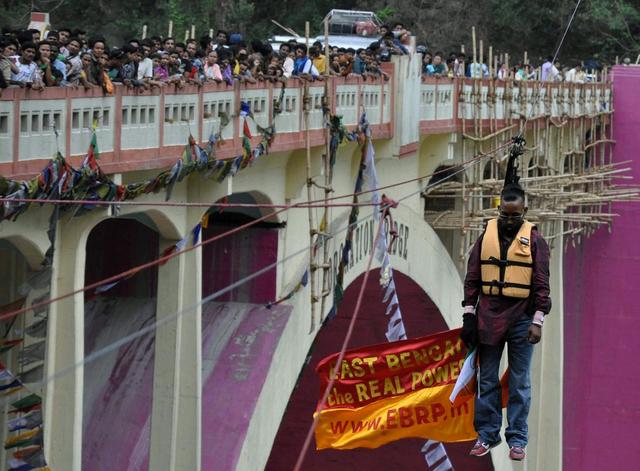 The rescuers immediately rushed him to the hospital but he was pronounced dead upon arrival.

Onlookers stated that the spectators had failed to realize something went horribly wrong and that Roy was in trouble because he was doing so well in the beginning. He tried to shout for help but the cheers of the crowd were too strong for anyone to hear what he was saying.

Siliguri police commissioner K. Jairaman said Roy had not gotten the necessary permission for the stunt but failed to implement enough safety precautions before carrying out the act.

A friend of Roy’s said “His(Roy’s) wife used to urge him to quit doing dangerous stunts. Mr Roy convinced her that crossing the Teesta river would be his last. Unfortunately, that did become his last stunt.”

Patrolmen found 2 cars submerged in lake—but what they saw inside...