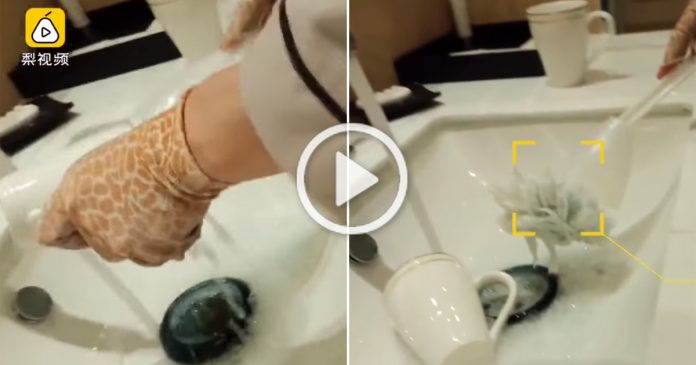 When a person books a stay at a luxury hotel, they would expect nothing less than the absolute best of what the place has to offer. Guests usually pay exorbitant rates in order to experience the finer things in life while on vacation, therefore they have a right to demand high standards of service and hospitality.

This was not the case when it came to three well-established hotels situated in northeastern China however as they have been accused of violating basic hygiene checks.

The hotels in question are Sheraton, Shangri-La and Kempinski. The cleaning staff were filmed using the same brush to clean the toilets, cups and sinks of the hotel bathrooms. 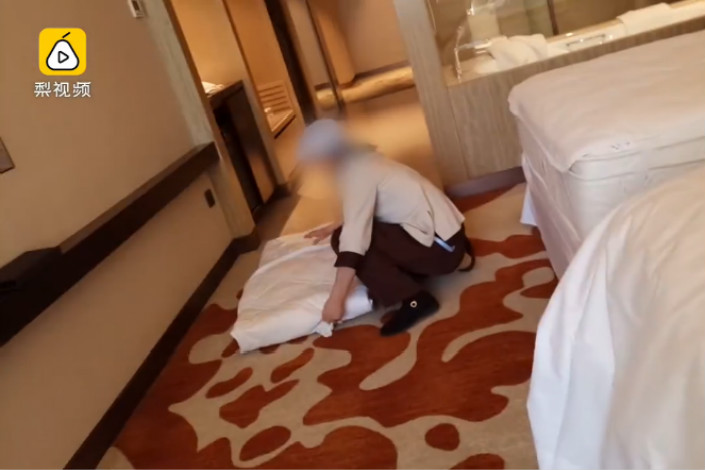 The governing bodies in charge of hygiene and tourism in the city of Harbin situated in the  Heilongjiang province had confirmed that investigators had analyzed and come to the conclusion that the video footage released by Pear Video was authentic. The videos were filmed via a hidden camera that a Pear Video reporter was wearing while posing as an intern at the hotel.

The city authorities have confirmed the allegations against the hotels and have urged them to address this serious problem. The hotels have each expressed deep regret because they had overlooked this problem and has assured the public that they will have a more stringent training process for their staff and they will be supervised accordingly. This is to ensure that these incidents will not happen again.

Shangri-La which is one of the hotels accused for violating hygiene standards in Harbin said in a statement that it had proceeded with an internal investigation.

They released a statement saying “If what was shown in the video was proved to be true, it would be a serious violation of our hygiene standards and it would not be acceptable. At the same time, we will also cooperate with local government to properly implement all hygiene measures.”

Man experienced difficulty in breathing for constantly lying on the couch...