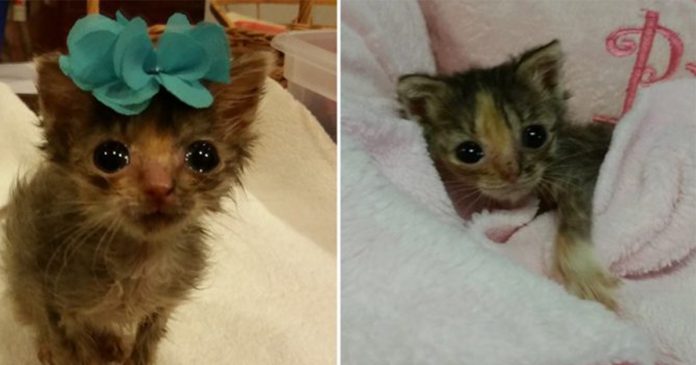 When five newborn kittens were rescued and fostered by a woman in North Carolina, she provided round-the-clock care for them. A few months later, she noticed that one of them appeared different from the rest.

Susan Spaulding, a co-founder of the National Kitten Coalition, with 25 years of experience working with kittens, volunteered to foster five 2-day-old kittens after hearing that they were being kept in a tiny and cold cage in a rural shelter in North Carolina.

The kittens were in terrible condition when Spaulding first saw them 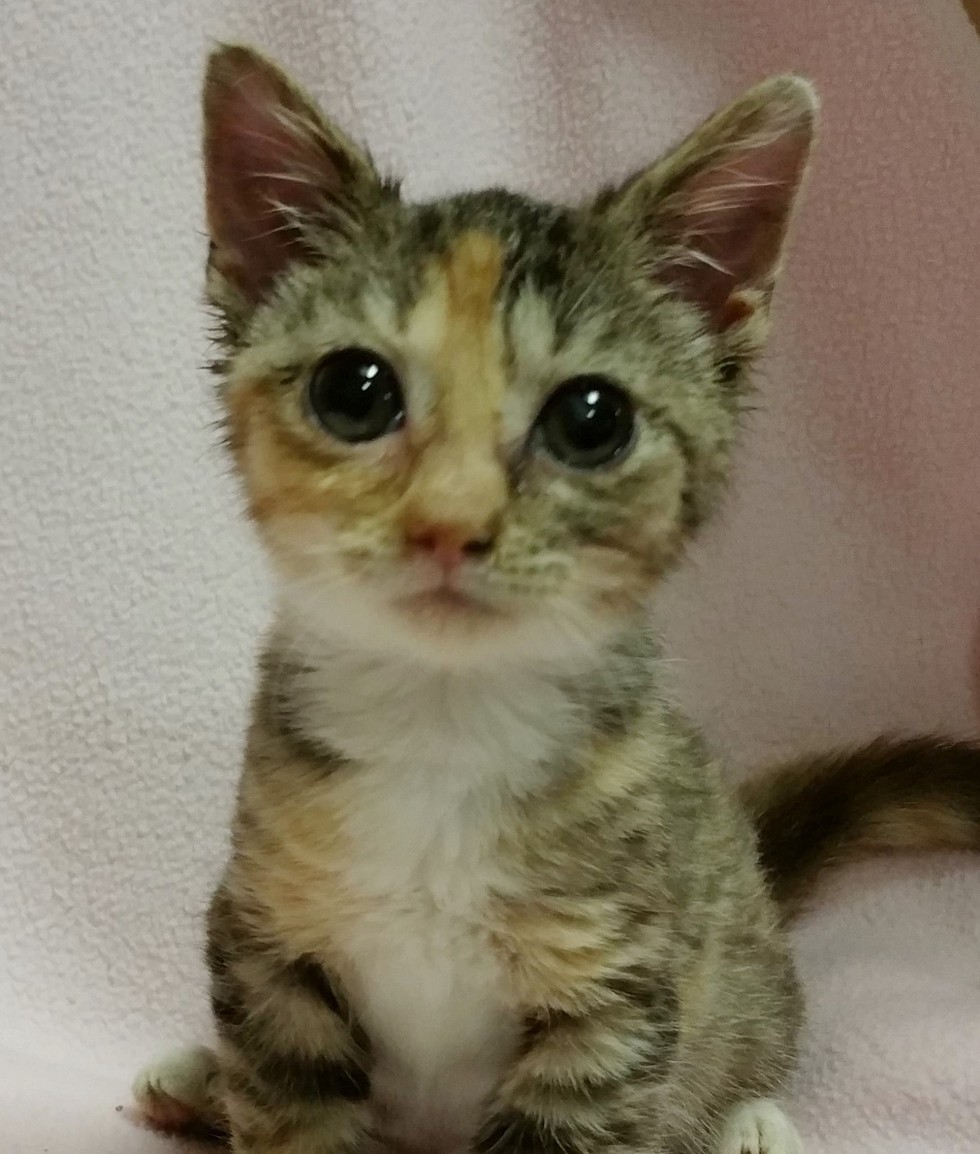 She took care of them in her home, and although she bottle-fed and provided round-the-clock care, one kitten passed away the next day.

“I honestly didn’t know what the future held, but I was going to give Bijou and her brothers lots of love and hope for the best,” Spaulding from Charlotte told The Dodo 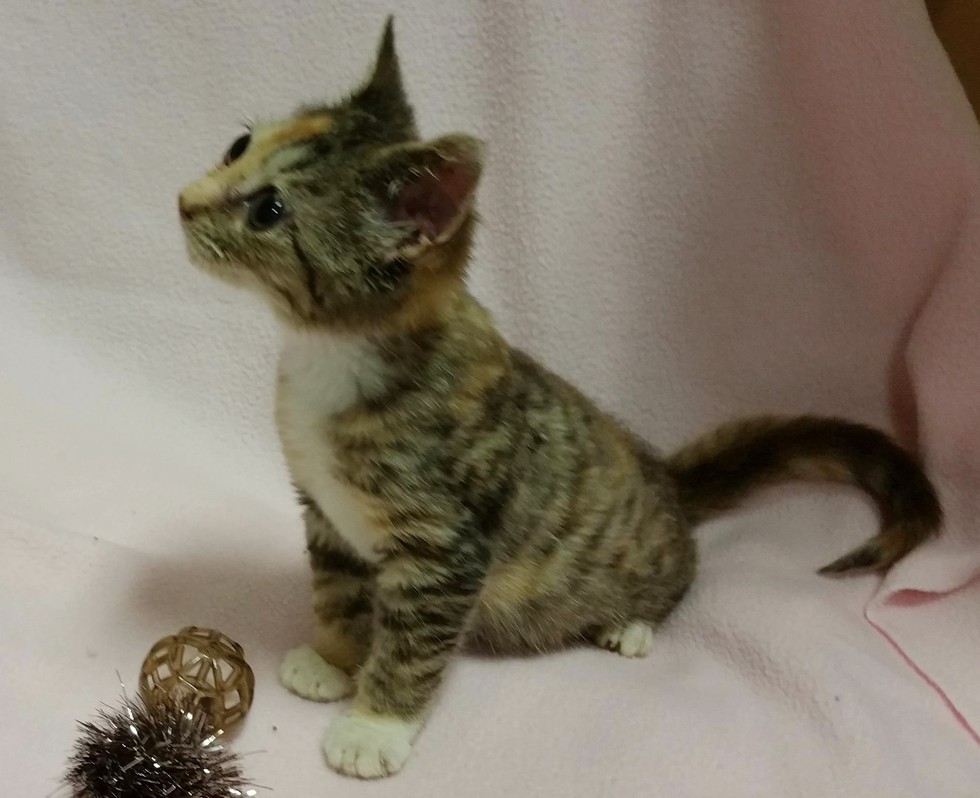 Bijou is the only girl in the litter, and from the start, she was much smaller than her brothers. As they grew, Spaulding noticed that Bijou was the only one not growing as much.

“The remaining three kittens, all boys, progressed normally and moved on to rescue for adoption right on schedule,” Rebecca Jewell, executive director of the National Kitten Coalition, said 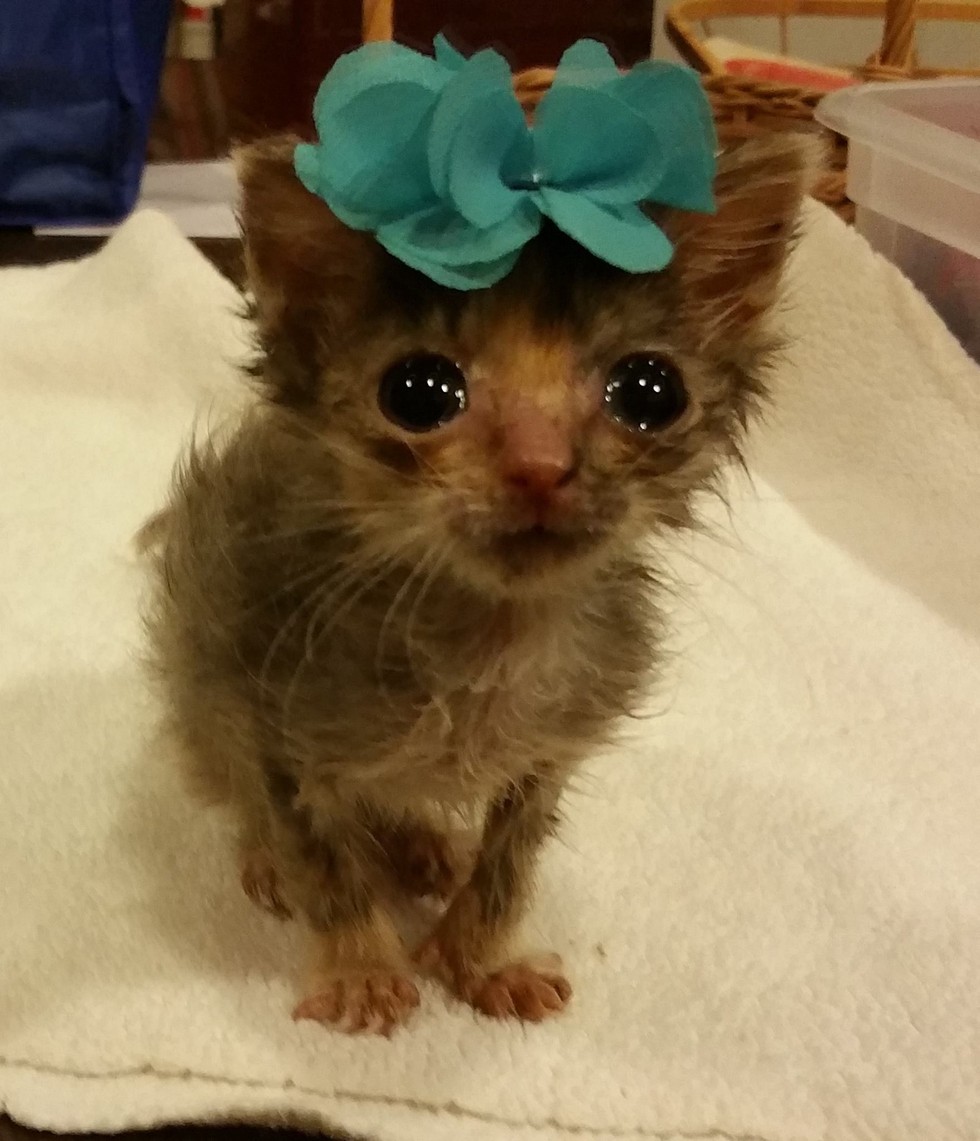 “Bijou progressed much more slowly, and at about 4 ounces, seemed to stop growing. She would gain a few grams, lose a few grams.”

Then, one night, Bijou almost didn’t survive after her health deteriorated.

But following this day, she became stronger and her weight reached 5 ounces (approx. 142 grams) 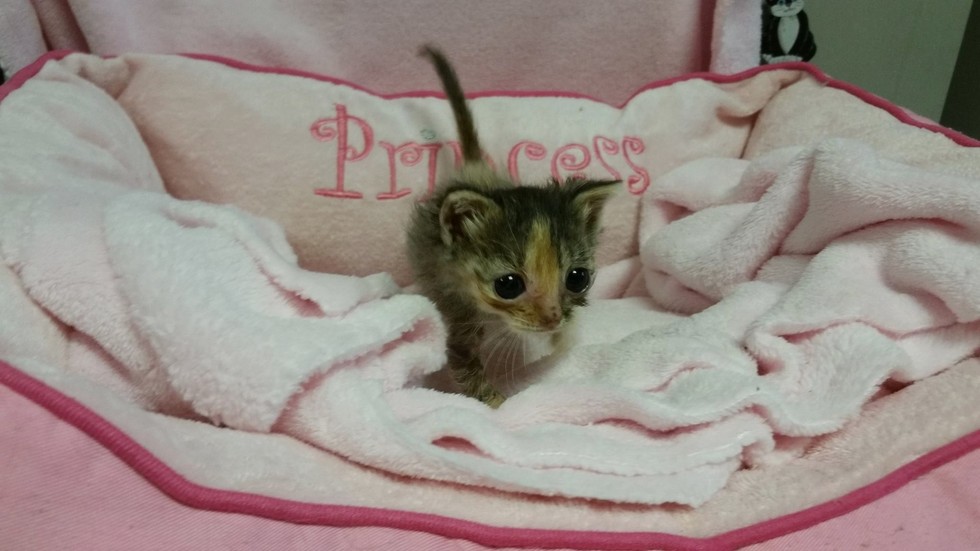 “As long as Bijou was fighting and comfortable, I was going to fight right along with her,” Spaulding said.

Bijou started growing very slowly, and at 9 weeks, she weighed 8.2 ounces (approx. 232 grams). At 4 months, she was 1.6 pounds (approx. 726 grams), but she was still much smaller than a normal cat, only half the size of other kittens her age.

Spaulding said the reason for Bijou’s small size is unknown 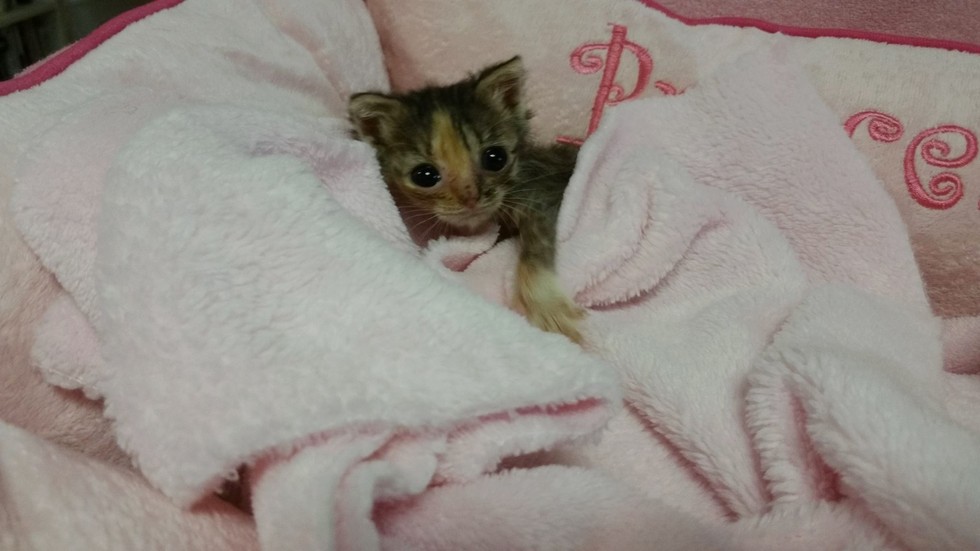 Spaulding has raised other smaller kittens like Bijou previously, but this time, she learned from veterinarians that Bijou’s smaller size is due to a congenital heart issue and a lack of specific hormones or enzymes.

Though Bijou is small, she’s a happy kitten.

“The joy she radiates to everyone around her is contagious,” Spaulding said 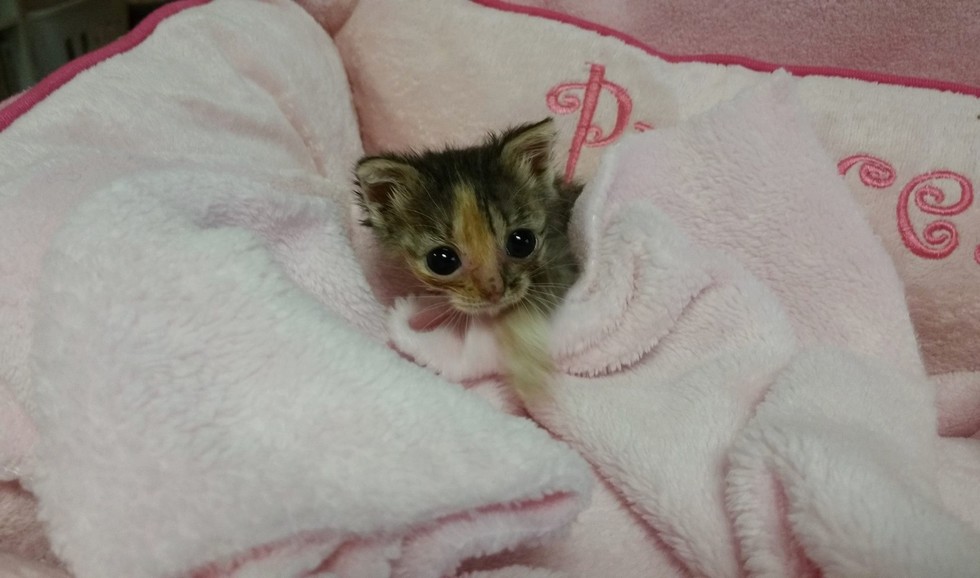 As of Dec. 1, Bijou is almost 9 months old and weighs 3.3 pounds (approx. 1.5 kilograms). She remains with Spaulding, who is happy to foster her.

“For me, every life matters. Once a commitment is made, I don’t give up just because the road is tough—as long as the quality of life is good for the baby,” Spaulding said.

This ‘little beast’ has become an internet sensation. But can you...