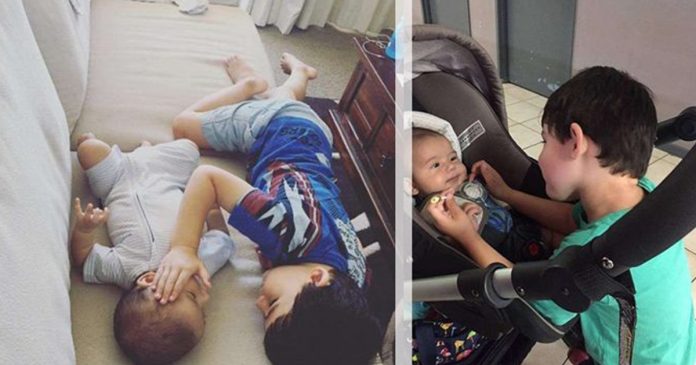 For young parents, there is nothing like seeing your little child flashes a smile and laughs at your peek-a-boo. It goes the same with Jon and Sheryl Blanksby who are madly in love with their 4-month-old baby Thomas. However, unlike other new parents who cannot wait to see their little one grows up, they are counting days for the bitter departure with their baby.

The pain is also felt by their eldest son, William who is three years old as his mother captured him comforting his cancer-stricken baby brother as he and Thomas lie side-by-side on the sofa.

Sheryl was on her way walking into the living room when she heard William comforted Thomas, “Big brother is here. Everything is okay, ” as he placed his hand on Thomas’s plump cheek gently 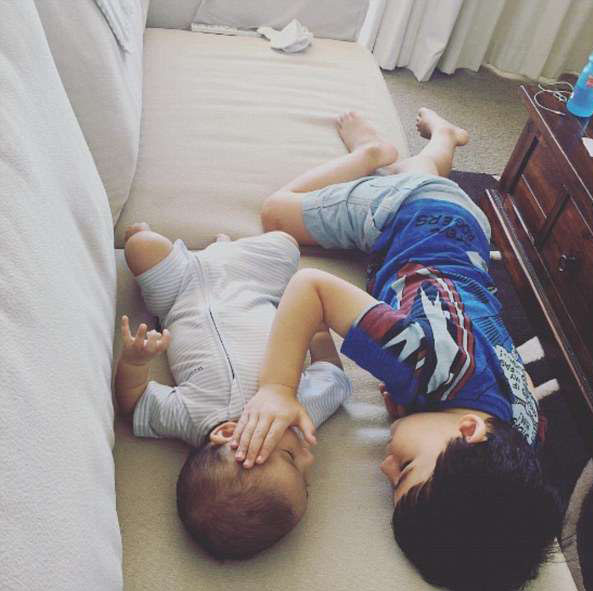 Later, Sheryl posted the heartbreaking photo on her Instagram with a caption that she was expecting for Thomas to do something mischievous that would get him in trouble. Instead, she was surprised with the loving and touching scene of brotherly love. 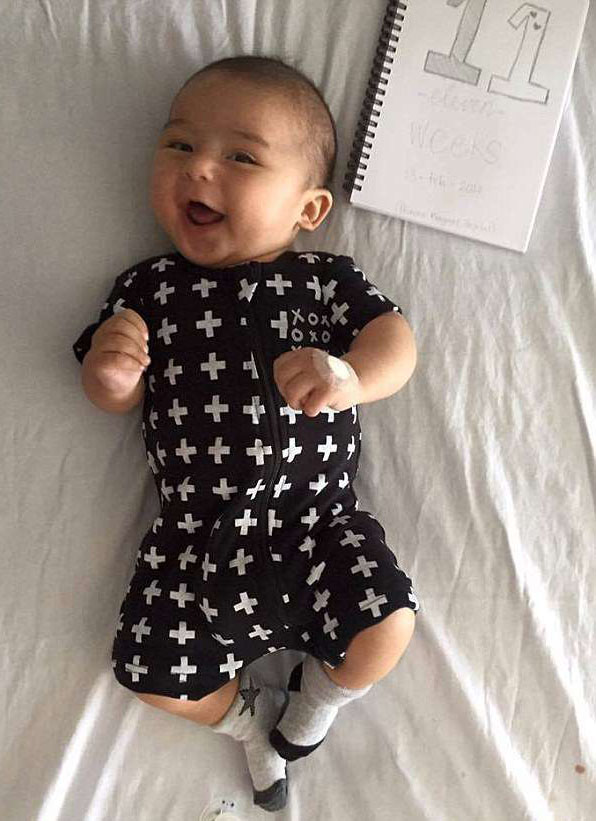 Thomas was a only 11 weeks old when he was diagnosed with malignant Rhabdoid tumour on his kidney. When Thomas was born, he has a lesion on his arm and the Blanklys thought that was a birthmark until his doctor checked for a lump on his abdomen and confirmed that the two lumps; on the arm and the abdomen were malignant.

This means that Thomas could only live for just a few more weeks or months.

Even though Thomas underwent a surgery to remove the tumour, the cancer had already spread to his lungs and hips, resulting a fracture in his right leg 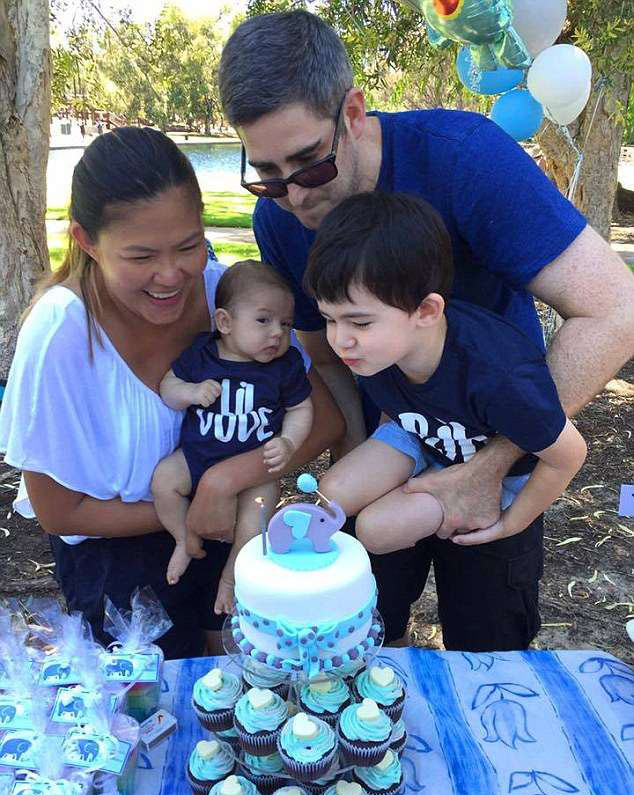 “There are tears and that immense pain of losing someone you love so much.We film him constantly and stare at him and kiss him. We as a family are trying to cope the best way we can but it has been very hard, ” the couple told.

Even though the couple have not explained the whole thing to William about Thomas’s cancer and that Thomas had an ‘ouchie’ that doctors are trying to heal, the young boy seemed to know that he would be losing his baby brother 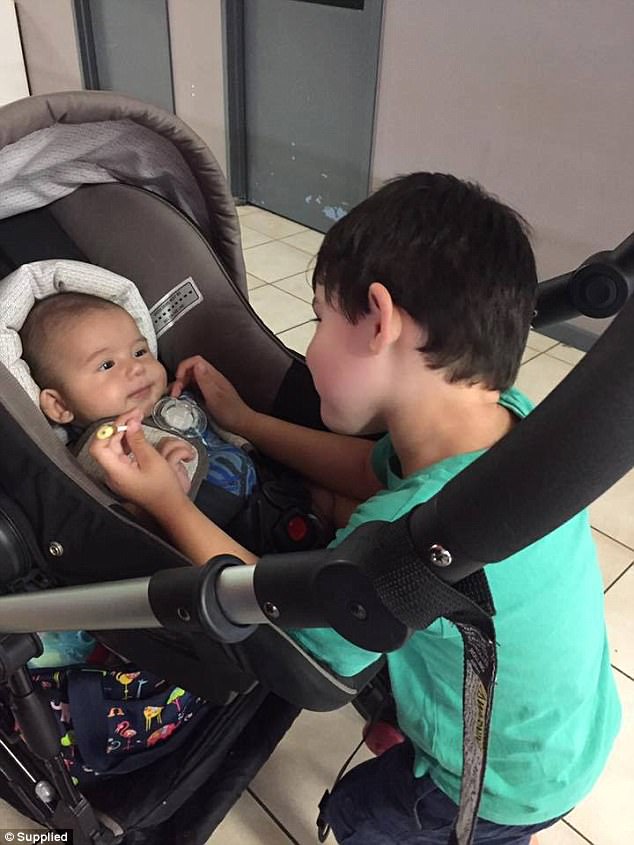 “If you look at him, he looks healthy and perfect but we can’t move him much now. Cuddling him is a no-go any more. I just have to crouch down on the floor and pseudo-cuddle him. That’s why we just hold hands … we can’t hold him at all with his hip fracture,” she said. But he’s only in pain when we have to move him, nappy change and bath time, in between he’s a typical four-month-old.” Sheryl said.

“We often get caught up in our own little world of first problems and we sweat the small stuff, or complain about things that don’t matter,” she added 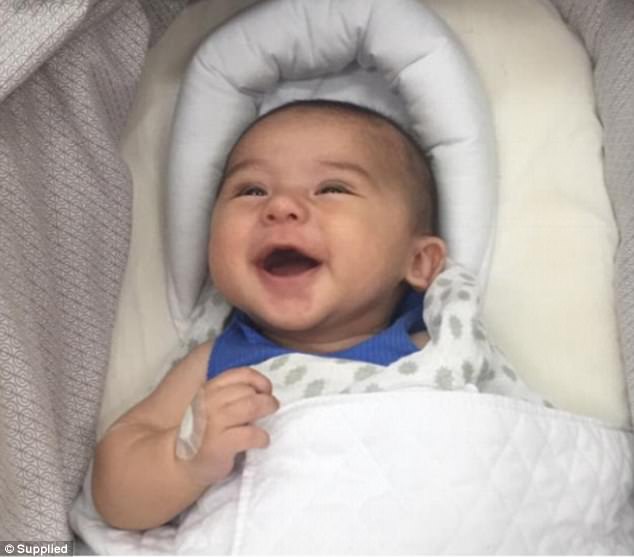 “The fact that you can hold your children at night, they wake up, they walk and run, they hit their milestones, they get their birthdays. That’s what people should focus on instead of the bad things.”

The family’s friends have set up GoFundMe to raise money for little Thomas’s hospital bills. If you would like to make a donation, head to the link above.