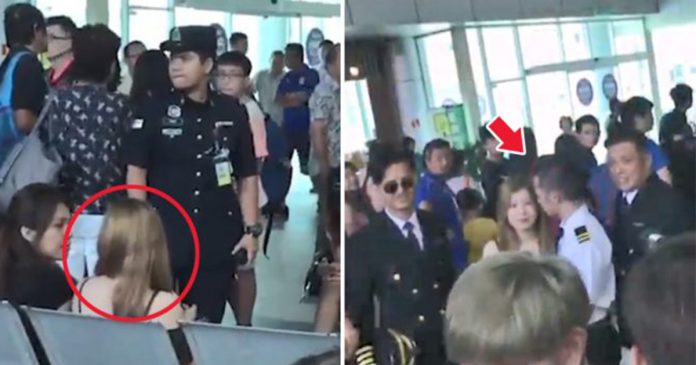 This Christmas became the most unforgettable day for 20-year-old Yew Kar Yee who witnessed her partner getting arrested by the police over alleged drug possession at Sultan Azlan Shah Airport. As she became all devastated with the arrest, there was more surprise awaited her 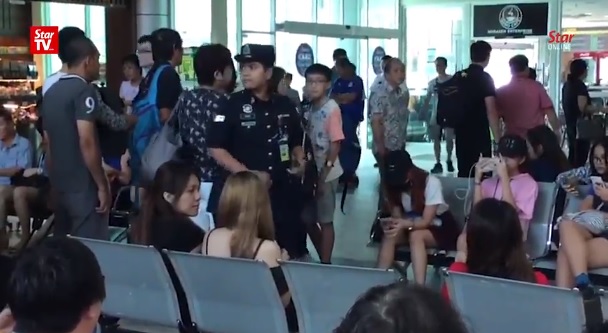 Thankfully, it was only a stunt prepared by her 30-year-old partner, Cheung Chan Choon. They were about to board a flight on their way to Singapore to celebrate Christmas when the incident happened at the airport.

Meanwhile, another police came to calm Yew down after the ‘chaos’ and told her to wait for Cheung in her seat.

Not long after Cheung’s ‘arrest’, music suddenly played and Cheung came back wearing a pilot uniform while holding a bouquet of roses and a ring 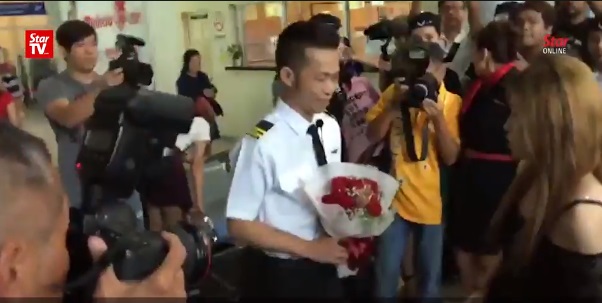 He was accompanied by a band of performers and videographers to make the proposal a memorable one.

Cheung then got on one of his knee and declared his love for Yew through a microphone. Yew who was overwhelmed by the surprise broke into happy tears by the sudden romantic act by Cheung.

The whole hall cheered and applauded for the couple when Yew said yes to Cheung’s proposal. 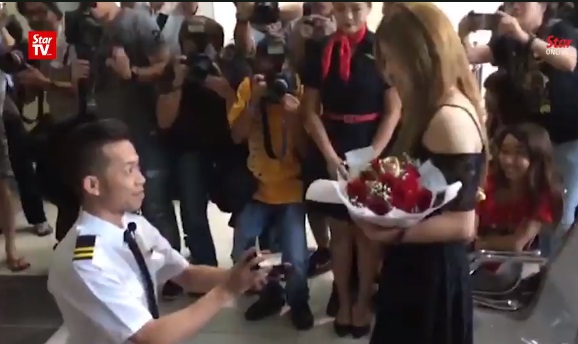 Later when they were interviewed by reporters, Cheung said that he had spent over $3, 295 to make the surprise proposal came true. According to him, he planned the proposal since June. When asked whether he was worried of rejection, Cheung said the thought did cross his mind.

Cheung said, “But I decided that there was no use in being worried. I had to do what I can.”

“And it was worth it. I want her to have an unforgettable memory to cherish for the rest of her life,” said Cheung who later told that they planned to get married in a year’s time.

Watch the dramatic proposal here and let us know your thoughts about Cheung’s brave yet romantic act.