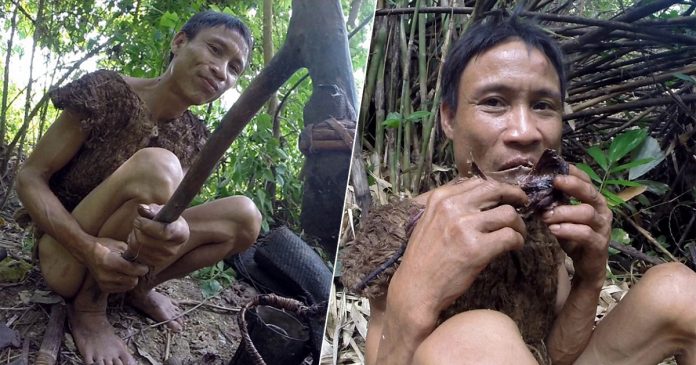 There have been numerous accounts of feral children who were found to be surviving in the wild and were rescued by people who crossed their paths. In 2013, the world was shocked by yet another case of humans being found deep in the forests of the Tay Tra district of Quang Ngai. This case was astounding because they were in the forests for over 40 years!

Ho Van Lang, 44, and his father Ho Van Thanh, 85, were discovered to have been living on their own in the forests for 41 years. They had fled their home during the Vietnam war four decades ago to the jungle where they learned to survive by acquiring the skills to hunt and build shelter for themselves.

Ho Van Lang showing his tools made from bomb shells 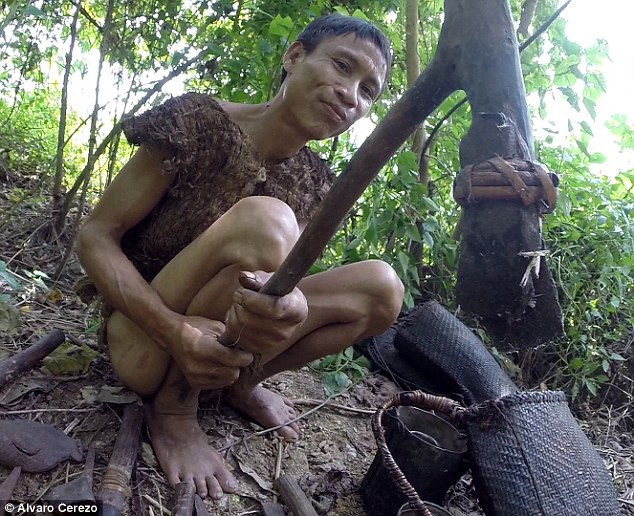 They were discovered by a group of locals who were travelling through the deep forest regions in Tay Tra district of Quang Ngai province, in central Vietnam. Both father and son were barely able to communicate with Ho junior only knowing a few words of the local dialect whereas his father who is completely deaf fell out of the habit of speech.

The authorities in Vietnam had confirmed that they lived a regular life before but Ho Van Thanh along with his young son had fled and sought refuge deep within the forests. They suspected that the shock caused from a mine explosion which wiped out the rest of his family drove him to hide in the jungle. 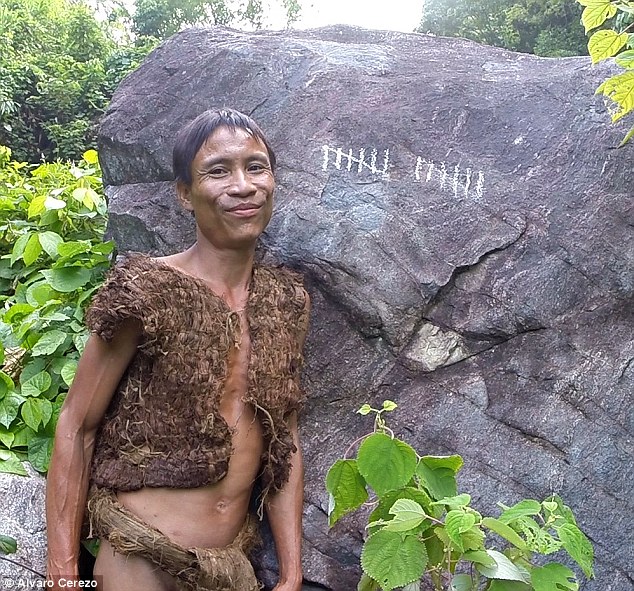 Ho Van Lang’s father had kept his soldier’s trousers neatly folded in a corner of their tree house which was situated 5 feet above the ground. Beside the pair of trousers was a little red coat believed to be what his son had been wearing the day they fled.

They learned to forage for their food and to set traps for small animals such as rats and bats which they would capture and eat. They also learned how to make tools from bomb shells they stumbled across and to make clothing out of tree bark.

Now the two men live in a small house nearby but had recently made the long and arduous trip back to their jungle home with photographer Alvaro Cerezo. Cerezo stated in his blog, ‘I could sense that he was excited at the thought of going back to the place he had lived all his life. For this I suggested going together along with his brother and my translator.
Ho Van Lang eating a rat which he had caught, skinned and cooked over a fire.

In the wilderness they are variety of meats including monkeys, rats, snakes, lizards, frogs, bats, birds and fish 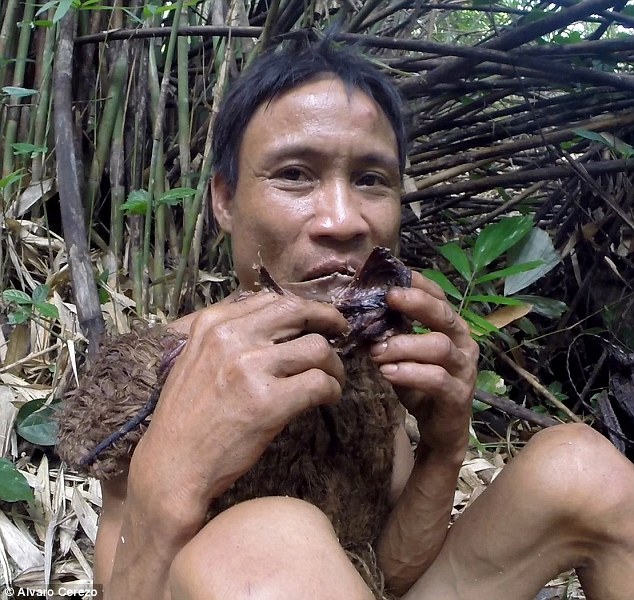 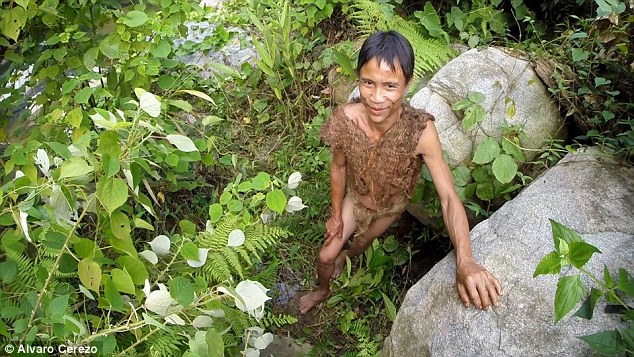 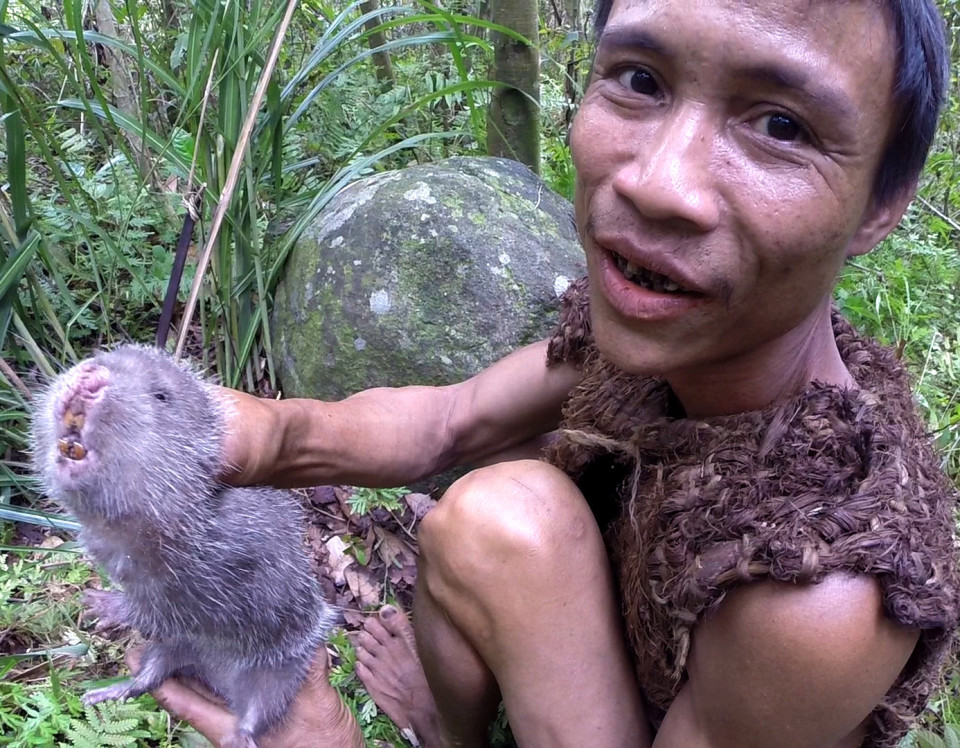 Once they reached the place where the father and son duo had lived for the past 41 years, Van Lang just sat down and stared into the distance for around and hour, probably recalling the time he had spent there 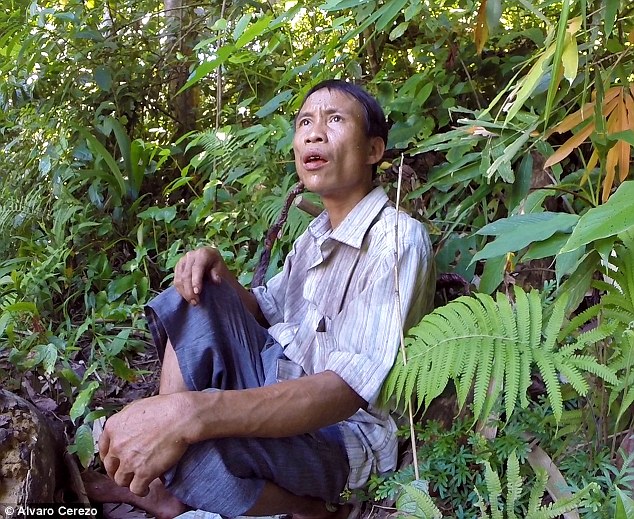 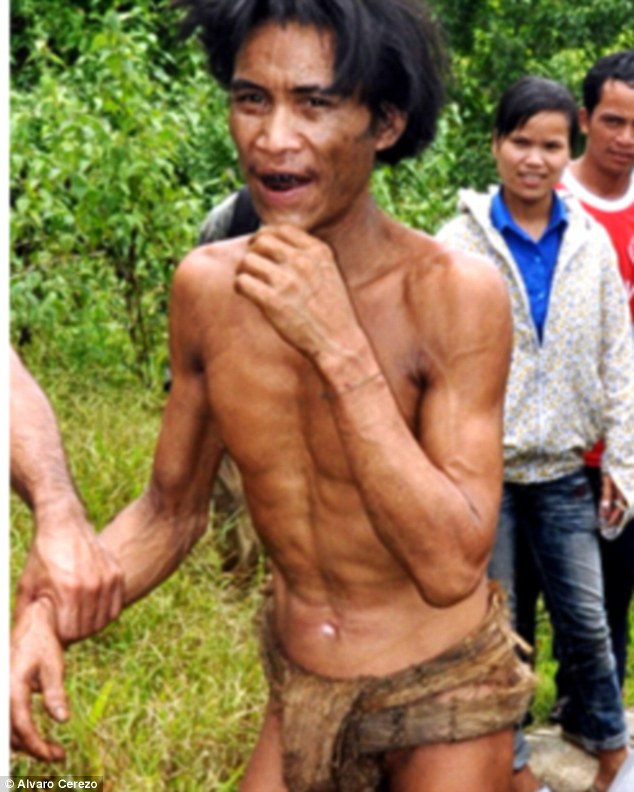 Though his father still thinks that the Vietnam war is still going on, Ho Van Lang is slowly learning to integrate with modern society. His father did not tell him anything about the modern world. He is being thought how to communicate, how to use technology and to socialize with others.