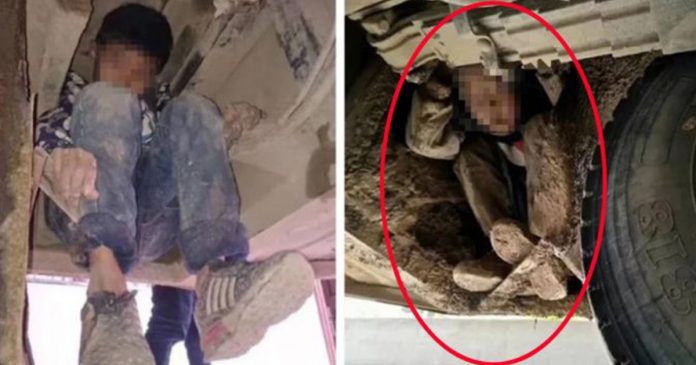 This is a heart-warming and touching story of two children who longed to see their parents because they missed them dearly.

The outstanding story took place in the Guangxi province in southern China and it has shocked the world. 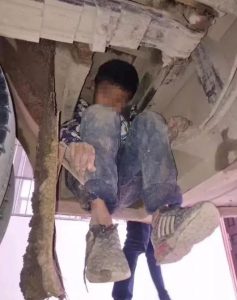 The reason why they were willing to stake their lives by going on this perilous journey is tear-jerking. These two children lived in Nazuo district and they decided to carry out their dangerous and foolish stunt of hiding under a bus because they wanted to see their parents. 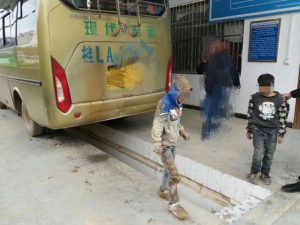 After the bus had traveled as far as 80 km, it stopped in the Xilin district in order for the crew to do a quick vehicle inspection. The security worker who was charged with checking the underside of the bus came face to face with the young boys who were crouching in a corner behind the wheels of the vehicle. Needless to say he was shocked beyond his wits at the thought of he boys being there for all that time.

“They were so thin that they could sit at the bottom of the bus and were willing to risk their lives to travel for a long time just to see their parents,” explained the employee 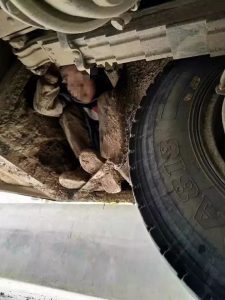 Reporters believed that these two boys did not attend school that day just so they could catch the bus. Having traveled the distance in which they did, the two boys were completely spattered with a coating of mud, dust and dirt. The workers then cleaned them up and gave them something to eat.

Authorities were then called for further investigation as to the children’s motives behind attempting to do something so dangerous. 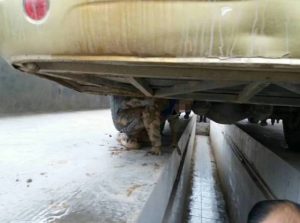 The reporters later found out that the boy’s parents actually worked much further in the province of Guangdong. Their relatives told them another location which was closer in order to put their hearts at ease. This shocking news was then related to their school and one of their teachers had to come and take them back home to Nazuo.

According to a non-governmental organization (NGO) in China, it is estimated that more than 23 million children are left in the care of extended relatives because of poverty. Their parents will leave for big cities and stay there for extended periods of time in order to support their family.

This all too common situation has raised concerns among activists and NGO’s alike who emphasize that growing children need the care and support of their parents. They cannot be left without supervision from adults or guardians otherwise situations like this will happen more often.

All we can do is hope that the boy’s parents will come home soon as their children are clearly in need of their care and affection.

This poor old lady found an abandoned newborn near her house...