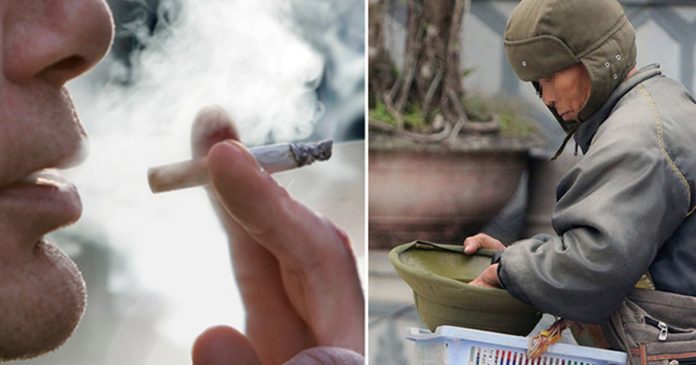 Mr. Zhang was on his way going back home. While he walked, he smoked a cigarette. To get home, he has to pass a plaza and there was a smelly and stinky beggar in torn and worn out clothes who always beg at the plaza.

When the beggar saw someone going through the plaza, he would go over and asked, “Good-hearted sir, could you please give me some spare change?”

Zhang hated this kind of people and would stay away as far as possible from them. However, when he saw the beggar as he passed the plaza, something came to his mind. So, he squatted beside the beggar and said, “Hey, do you want to earn some money?”

The beggar raised his head and looked at Zhang with interest. He replied, “Of course…I really wished for it, but…”

Zhang said again, “I will ask you three questions and I will give you money if you answer them correctly!”

So, Zhang asked the beggar, “Did smoking, drinking and gambling made you begging on the street like now?” 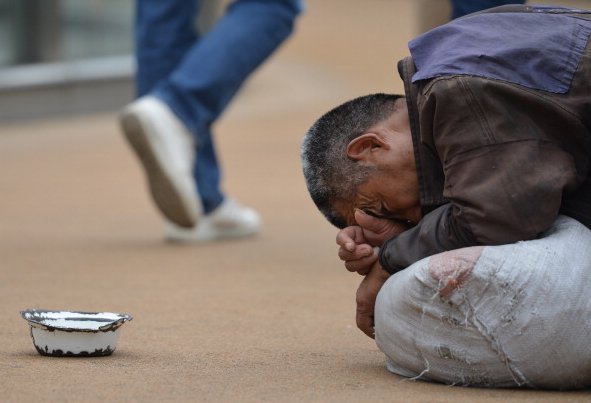 The beggar answered: “I do not smoke, I also do not drink and… gambling is the one I hate the most!”  After hearing those words, Zhang slapped his thigh and said, “That’s very good!”

After that, he gave the beggar a $100 like he promised.

The beggar was confused with Zhang’s questions. Zhang saw the beggar’s puzzled face and said, “Actually, my wife runs a factory and she is the chairperson of the company and I am the general manager. We are actually quite rich and we have around 3 million in our bank. The only problem is my addictions. I love to drink. A bottle of liquor a day is not enough to satisfy my craving for it. I also love to smoke and 2 packs of cigarette a day doesn’t satisfy me as well.

Finally, I gamble hard as well! I am quite a professional in any games that require money as a bet. You can test my gambling skills in mahjong, poker or dice games but my wife hates these three habits that I love the most.

“She always says that these three bad habits of mine would one day turn me into a poor beggar! I will tell her to come here tomorrow and I want you to repeat the words that I said earlier. I will give you another $100 if you do as I say.” 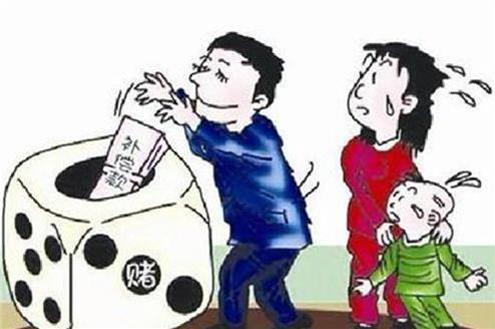 The next day, Zhang brought his wife, Yunli, to the plaza for a walk and for the first time ever, Yunli agreed to follow him.

On their way to the plaza, Yunli pursuaded Zhang to quit his habits but he calmly said to his wife, “The problem is not that complicated and we are quite rich to begin with! Do not be too alarmed!” Yunli was irritated by her husband’s words. Then, she saw the beggar in the middle of the plaza and yelled at Zhang, “One day, you will become just like him!”

Zhang heard Yunli’s words and said, “I believe that this beggar did not have any of the three habits that I have to reach this pitiable state! If you do not believe, let’s make a deal!”

Yunli did not back out and said: “Ok! what do you want to bet?”

Zhang said, “If it turned out to be just like you said that this beggar was addicted to these three bad habits or even one of them, I will give up gambling, smoking and drinking forever! And if the beggar did not live on the street because of the three bad habits, you must never bother me to quit these three habits that I have ever again!” As she was confident that the beggar must have had at least one of the three addictions before he started to turn into a beggar, Yunli then agreed to the terms and made a deal.

Later, both of them approached the beggar and Zhang pretended that he did not know the beggar and asked him, “Did smoking, drinking or gambling led you to your current pitiable state now?” 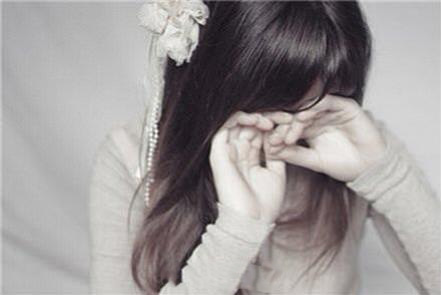 Upon hearing Zhang’s question, the beggar lifted his head and looked at Zhang and said, “Yes! My father was a businessman and my family once had two factories, a supermarket. At that time, I was rich and I never knew what being poor was! Suddenly, my father had a heart attack and passed away. Naturally, I took over all of his businesses. At first, everything was running smoothly but then, I got addicted to the bad habit of smoking, drinking and gambling.”

I lost my vast wealth, the two factories and the supermarket business, mostly due to gambling. I lost everything and I am begging at this plaza now was because of these bad habits!”

Zhang was dumbfounded and betrayed by the beggar’s answer that he felt like beating the beggar as he broke their deal but he gave up on that idea since Yunli was beside him.

The third day, Zhang couldn’t keep the anger to himself so he decided to look for the beggar with the intention of beating him up for not doing as he said.

The beggar saw Zhang coming over to him and he wasn’t surprised at all. 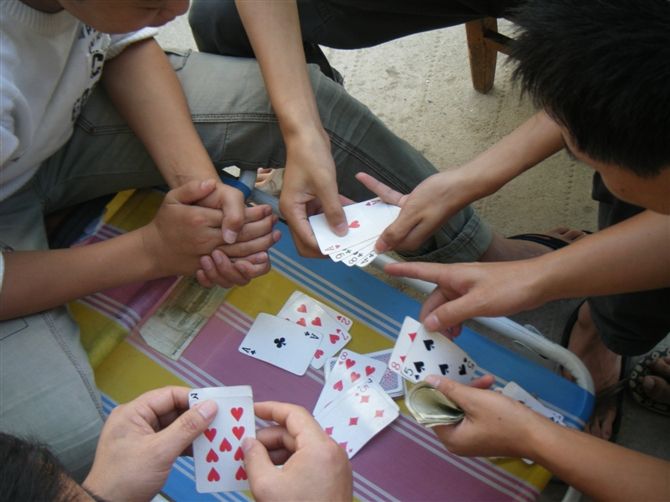 The beggar’s sudden action gave Zhang a surprise! He just stared at the $100 with a blank face when suddenly the beggar said, “I know you would come back and look for me again. Please forgive me that I lied to you yesterday. But what I am going to tell you after this will be a true story and it really happened to me!”

The beggar paused for a while and continued, “Bad habits will really lead you to become a failure! Please believe me!” Zhang lifted his head and saw the beggar’s sincere eyes.

After hearing the beggar’s story, he thanked the beggar for his advice and pulled out $500 and gave it to the beggar. Later, Zhang decided to change his bad habits and started to work hard as he did not want his business goes to waste because of his addictions to the bad habits.

Everyone made fun of his unattractive wife during a school reunion....