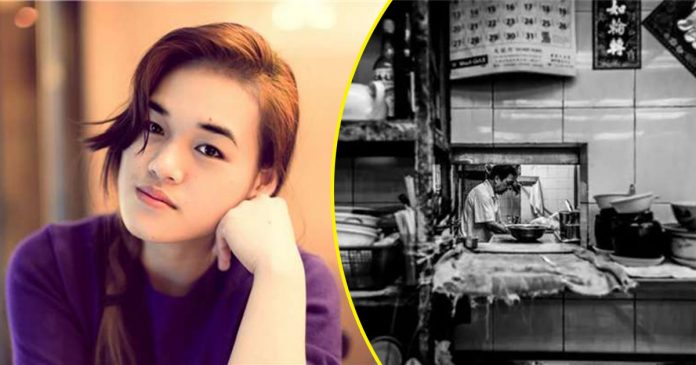 It was a quiet and peaceful night. She was away from Hong Kong’s main island, at the suffocating streets of Mongkok. Her camera was set to black and white streetscape mode and she made her way to take some shots on the busy street.

From a chef who smoked at the balcony to office people hurrying to return to their home, she captured all the moments in her camera as she walked through the hustle and bustle of Hong Kong streets. 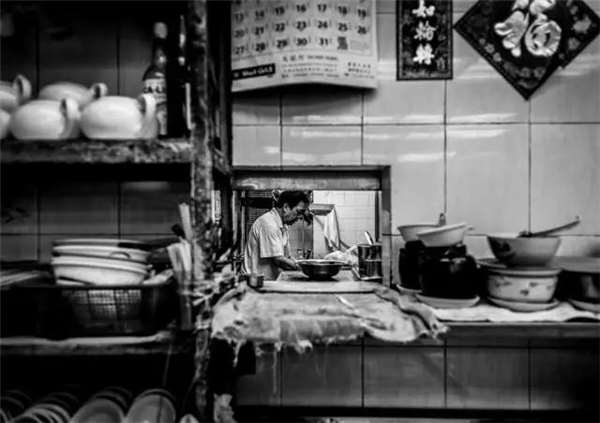 The picture which shows a little girl who leaned her face against a frosted glass received praises from experts around the world. Even though part of her face was blurred, the girl’s surprised expression was vivid and clear.

Through the prospect of the frosted glass, the way the child placed her hands presented a wonderful sense of alienation and separation between her and the outside world 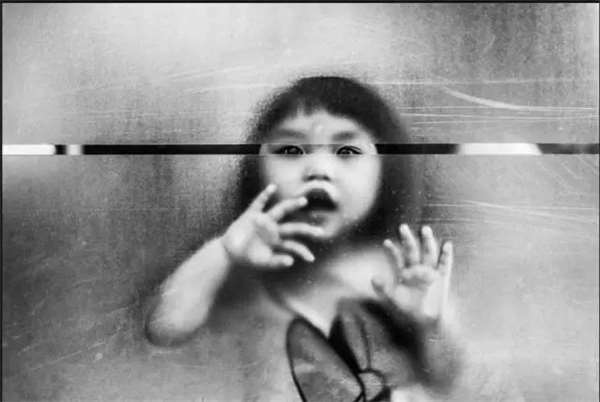 Just like other pictures taken by Bacani, the main colour scheme of the photo below was changed to black and white. By omitting the colours on these pictures, the public are able to focus on the feelings that these pictures were trying to deliver.

From her pictures, the public often cannot help but to feel a sense of alienation and silence

“Still images are very powerful. It transcends the language. Photography to me is the language of the universe,” Bacani said about her hobby.

With Rocamora’s recommendations, Bacani’s photos were then posted on ‘New York Times’ website which drew her a lot of attention. Thanks to the opportunity, she later had many other photography opportunities pouring in.

Lens blog from ‘New York Times’ established an archive for her and she also received a sponsor by Fuji Film. 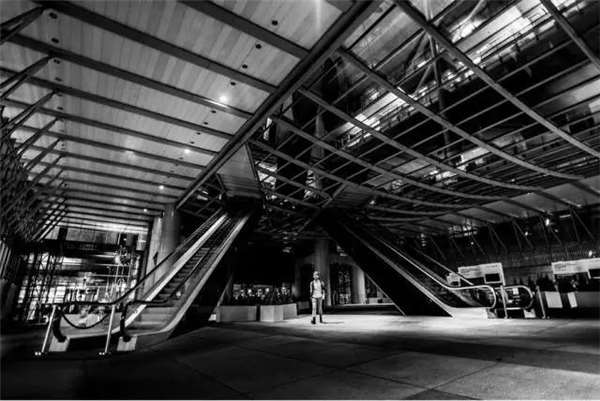 As a Filipino and a foreigner, Bacani’s view of Hong Kong has a total different perspective from the locals. 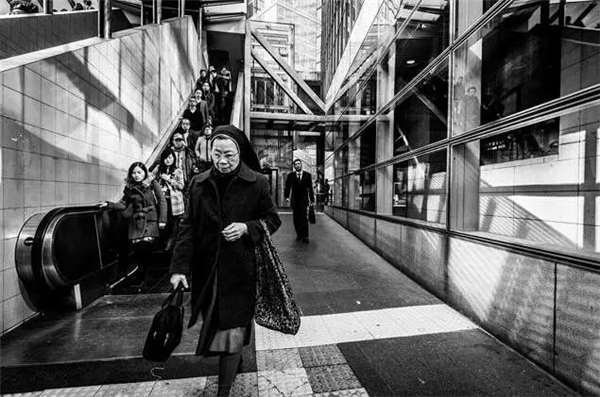 Whether Bacani was at the supermarkets buying daily necessities or roaming around during holidays or even walking around main streets or back lanes, she would not miss a chance to take a good picture.

Bacani prefers to wait until sunset and when the city is lit up by the street lights to start taking pictures. That is when the night lights and shades are best captured.

“When you have a beautiful light, you will need to take a picture immediately or it would vanish forever” 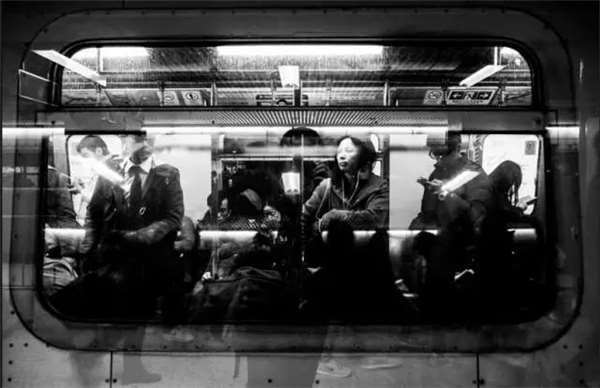 The photo of the girl actually came from her daily stroll with her camera. She won an award from the picture alone.

So, Bacani decided to wait patiently for the little girl to repeat her move to take a picture of her.

The girl behind the glass had a curious look. Her eyes, mouth, feature expression and even her hands pressed against the glass conveys a sense of a thirst of wanting to know what was happening at the outside world. The frosted glass actually alienated her from the outside world.

Bacani said she felt the same as the little girl. 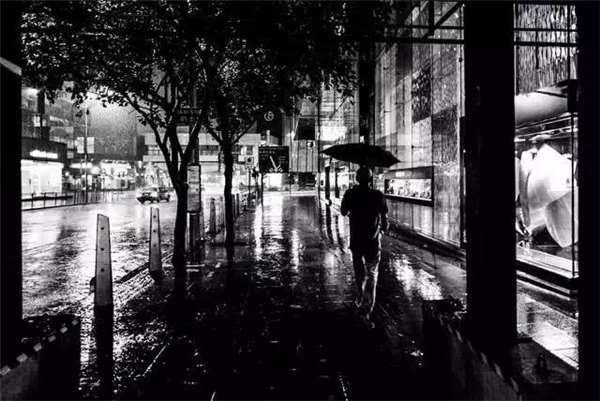 At 2015 Hamdan International Photo Competition in Dubai (HIPA), Bacani drew the world’s attention with the little girl picture. At one of the world’s most prestigious photography competitions, her work won the fifth prize, defeating other 30000 participants from 166 countries with more than 60000 competing photos. She won a prize of USD 6000.

Yet, very few people actually knew that Bacani worked as a Filipino maid at Hong Kong for 9 years before she won a place at the competition and gained worldwide attention.

Bacani was born in Nicaragua in the Philippines.

Her mother left her family to work in Hong Kong to take care of other children, leaving behind Bacani and her two young siblings when they were still very young 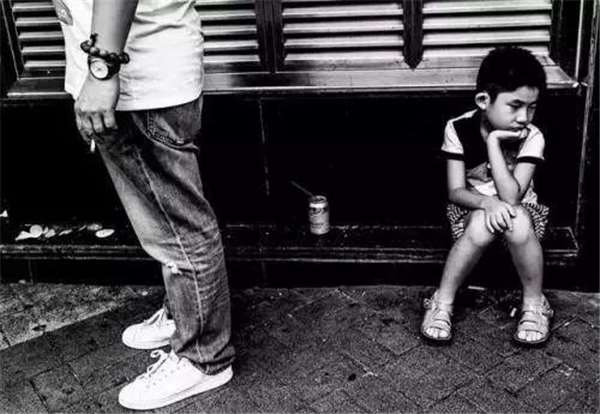 She grew up in a poverty stricken village and it takes a 9 hour drive to get to Manilla, the capital city of the Philippines. It was a common story for many Filipino housemaids in Hong Kong.

When Bacani was 19 years old, she gave up her studies and joined the 300000 Filipino maids that were currently working in Hong Kong. Her goal was to earn money and to fund her brother’s studies.

Every day, Bacani would set her alarm clock at 5:30 am in the morning and starts her daily work before the sun starts to rise.

Her daily chores include cleaning the house, preparing breakfast and taking care of the employers’ grandchildren 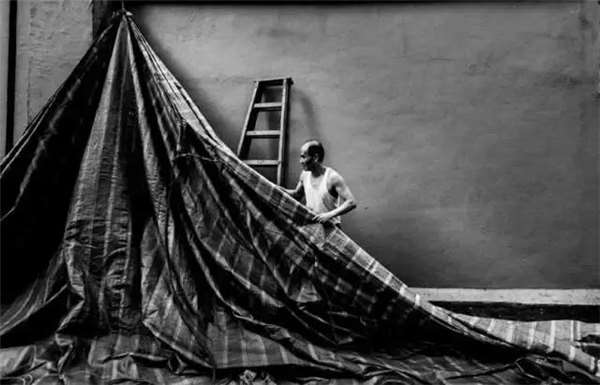 As an optimistic person, she never had any complaints. “Before coming to Hong Kong, we need to pay around half of our yearly income to middlemen. Only then, we will have a chance to get a job. It is a gamble for us as we might fail to get work. Many Filipino maids that came to work were assigned to abusive employers and they have to keep silent just to maintain a job.”

“Because once we are dismissed and if we could not find work in two weeks time, we would have to be sent back to the Philippines. All the fees that we paid to the middleman would have gone to waste. So I knew that once I leave my hometown, my country, giving up is never an option. I am not here for a holiday trip.”

“The world is vast and opportunities are out there. Being able to get out of the village was a huge relief to me,” Bacani recalled her old days.

When Bacani first reached Hong Kong, she was fascinated by Hong Kong’s hustling and bustling state.

“The moment I arrived in Hong Kong, I was amazed! Every corner of the city was so happening and the lights were dazzling. Compared to my quiet hometown, Hong Kong was much more lively” 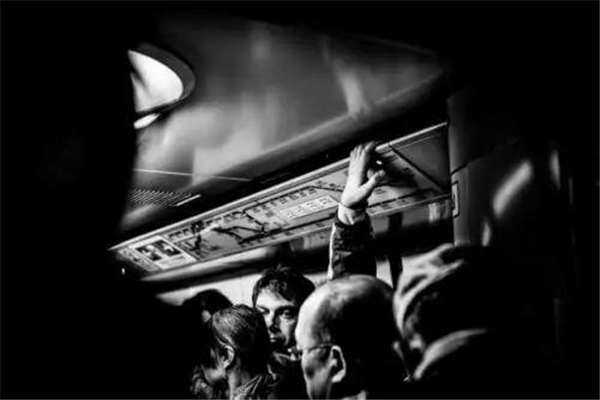 5 years ago, Bacani borrowed money from her employer to buy her first camera, Nikon D90 and later found out that she loves to take photographs.

Every weekend when she had her day off, she would not spend her time idling like other Filipino maids. Bacani chose to take her camera with her and stroll around Hong Kong taking interesting photographs.

Feeling homesick, Bacani felt terribly lonely and alienated in the vast city but photography relieved her of her loneliness. Even though she could speak Cantonese, she felt like a lonely person in the Chinese majority community. 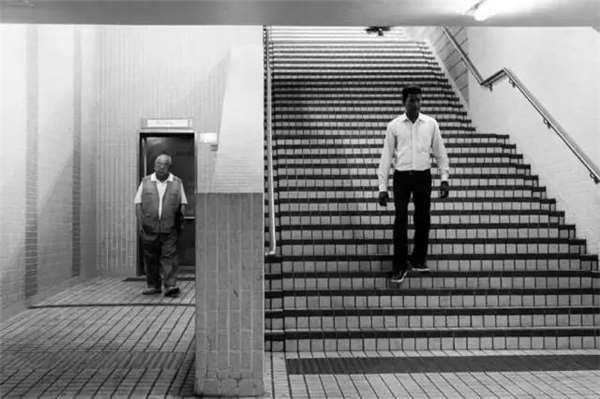 “To me photography is like a language used internationally. I am a Filipino in a Chinese city without the freedom of speech or equality. But for photography, there are no hierarchy, age, social status, colour or ethnicity. We all speak the same language and there is no prejudice!”

She navigated through the streets of Hong Kong and took pictures of workers unloading goods, a cook smoking in the back alley and a tram driver working shift night. 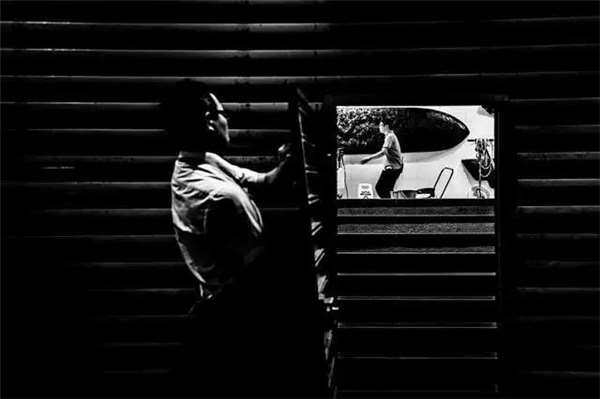 Although she had no photography experience or skill, Bacani took pictures based on her intuition and her art instinct. 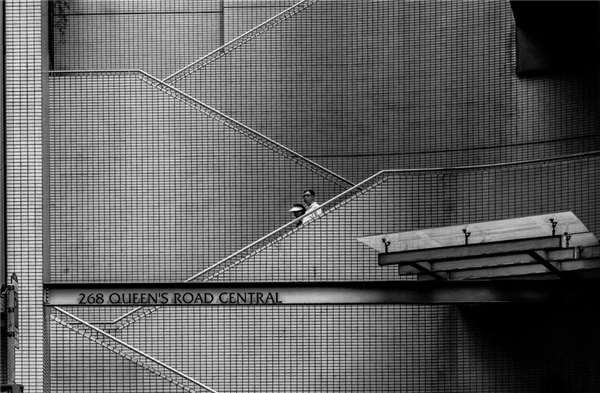 Thanks to her passion, now Bacani’s life changed dramatically. She no longer relied on her work as a Filipino maid to earn money. Every piece of photo that she took has become the best proof of her talent.

In May 2015, Bacani resigned from her work as a Filipino maid with the encouragement of her employer to pursue her dreams and she went to New York. She was one of seven winners of the 2015 Magnum Foundation human rights scholarship where she secured an opportunity to pursue and further her studies at the Art Institute of New York University 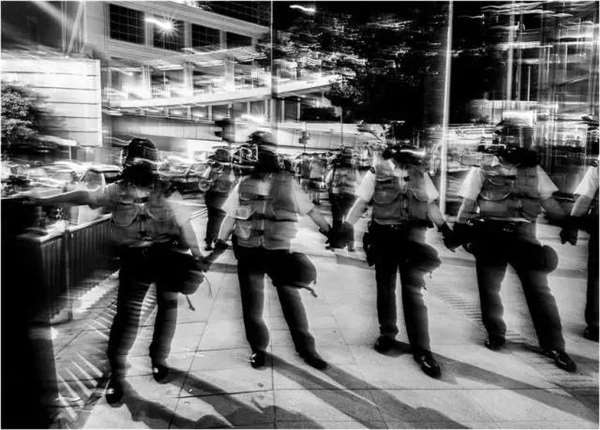 Once Bacani took photographs at a abused maid shelter which led her to realise, “Photography is a very powerful tool that can change a person’s perspective point of view.”

It was this experience that had changed her life. “I think the reason why I was there was because the voices of these Filipino maids were unheard and are still being silenced and need to be voiced out. I am going to be their voice.” 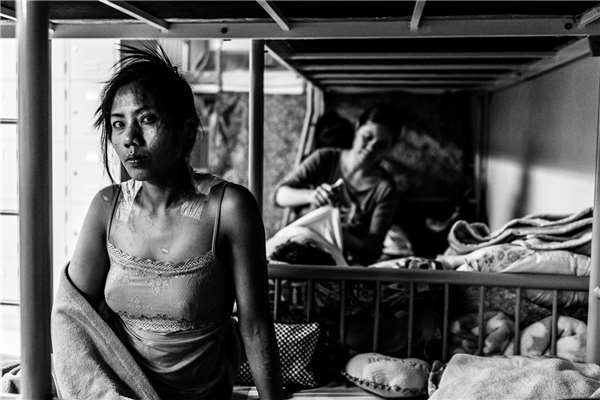 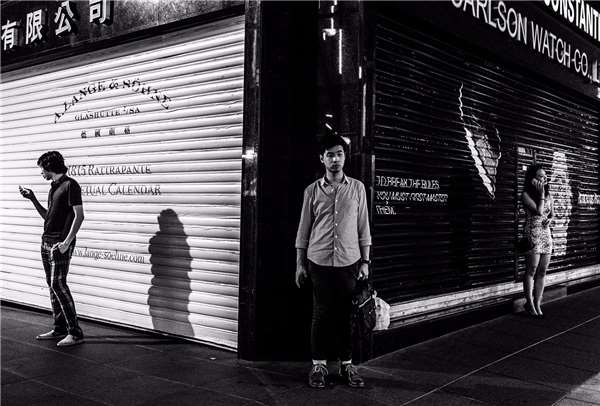 When this news reached Bacani’s parents, they cried and said, “It is a significant achievement for our eldest daughter to be able to make her dream came true.”

Hong Kong became Bacani’s starting point which enabled her to travel further. It has also changed her family’s fate. “My sister do not need to go to Hong Kong to be a Filipino maid. This cycle stops here!” Social status will not decide the fate of a person if he works hard to chase after his dream!

Her story tells us that never stop chasing our dreams. We never know when our dreams will come true so never stop working. 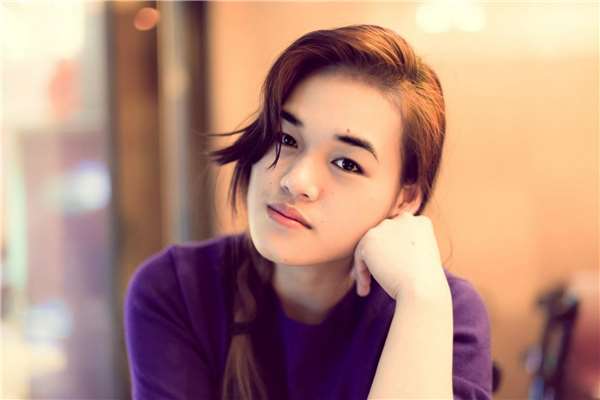