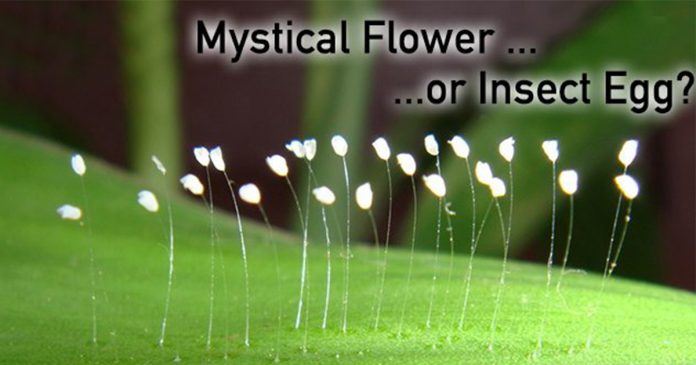 Until the recent past, nobody had seen this “legendary flower,” which is said to blossom only once in 3000 years with its details mostly mentioned in some ancient scriptures. But since the last few years, this mystical flower has made news globally when people spotted it blooming one after another in different parts of the world. This tiny beautiful flower is really hard to detect without a magnifying lens, yet once blossomed, its fragrance fills the entire area—you need to have a keen eye to spot this delicate flower; its rareness and beauty make it precious! 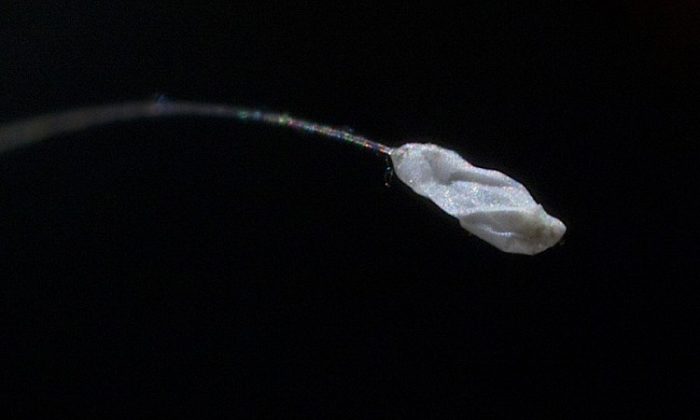 Udumbara flower (Youtan Poluo)—meaning an “auspicious flower from heaven” in Sanskrit language—has been spotted by many across the world. The legendary flowers are fragrant, resilient, and are known to bloom on any surface and any object such as metal, wood, etc.

Mr. Ding, a farmer from China’s northeastern Liaoning Province, first discovered the udumbara flower in 2007, growing on some metal pipes in his garden, when a cluster of 38 flowers appeared 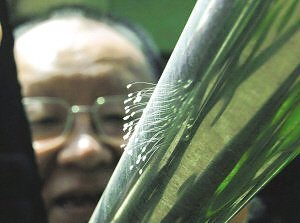 Again in 2007, many sightings of the udumbara occurred in Taiwan, with locals regarding the flowers as an “auspicious sign.”

“It’s a miracle! They are so tiny, it’s hard to detect them without a microscope, yet their fragrance fills the entire balcony,” said Taipei-based artist Chen Guodong, who found them blossoming at his home.

Then in 2010, an article in The Telegraph reported a Chinese nun, Miao Wei from Lushan mountain, discovered a cluster of the buds when she was cleaning under her washing machine 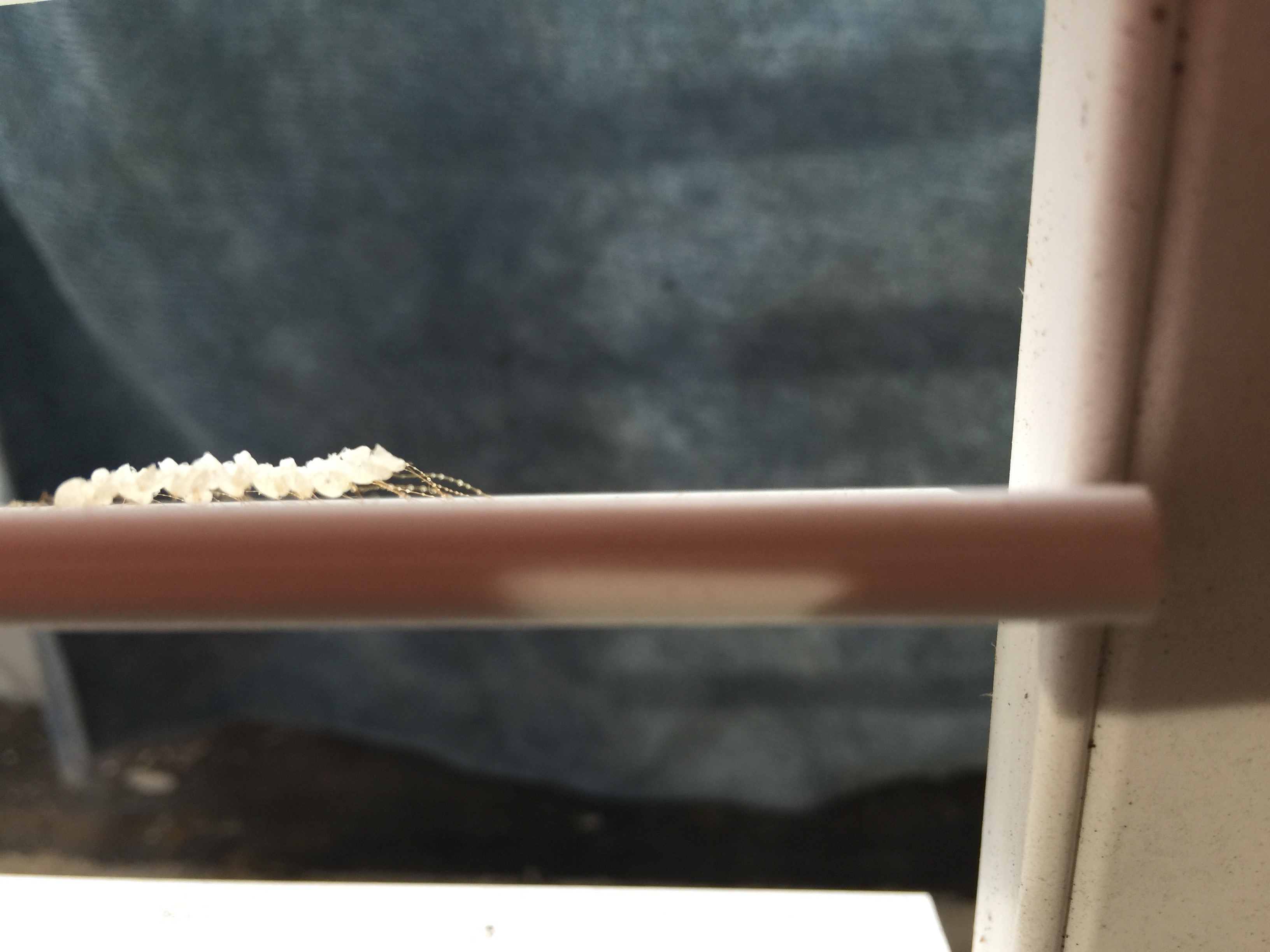 She thought at first they were lacewing eggs, but the following day they had blossomed into tiny white flowers and had a pleasant fragrance.

But the most interesting of all sightings is the phenomenon that appeared 20 years ago at Chonggye-sa Temple in Seoul, South Korea, in 1997, when the udumbara flowers blossomed on the Buddha statue’s forehead. The photos and videos of this occurrence made news all over the world. According to the chronicles in Buddhist scriptures, the year 1997 marked 3024 lunar years since Buddhism first emerged.

According to the ancient scriptures, the last time the flower was recorded was before the birth of the historic Gautama Buddha 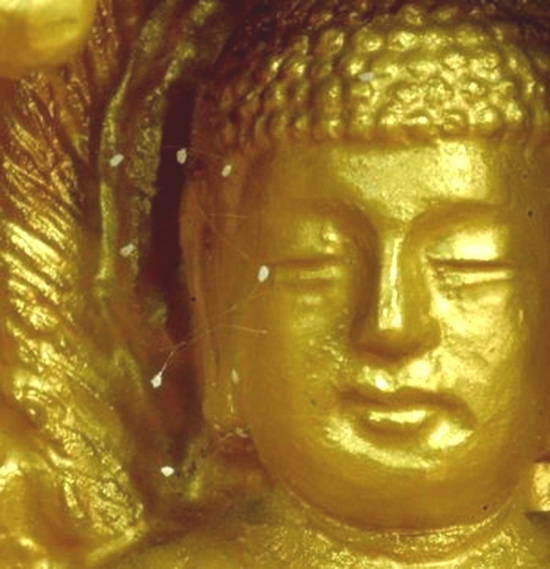 This flower has a deep spiritual meaning according to Buddhist scriptures; it is said to bloom only about every 3,000 years and is believed to herald the return to the human world of an enlightened being or Buddha. The Buddhist legend foretells the arrival of a Holy King Who Turns the Wheel, rectifying the Dharma (moral Laws) in the world. The scriptures mention that this King would accept anyone of any religious affiliation, offering salvation to all through compassion.

Recently, udumbara flowers are blossoming everywhere around the planet 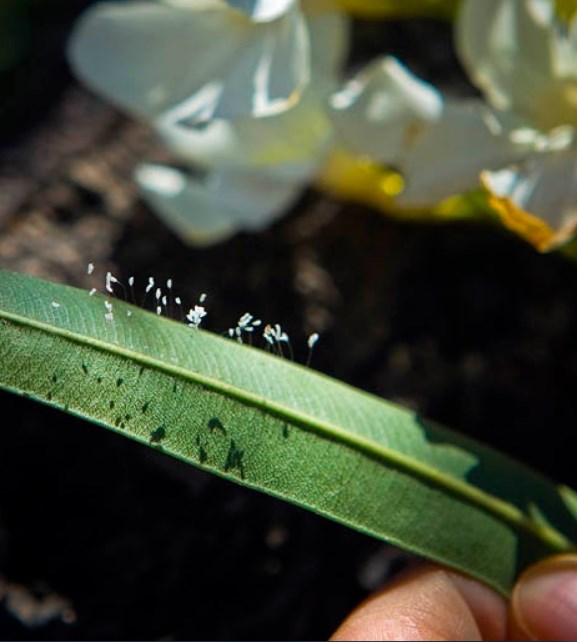 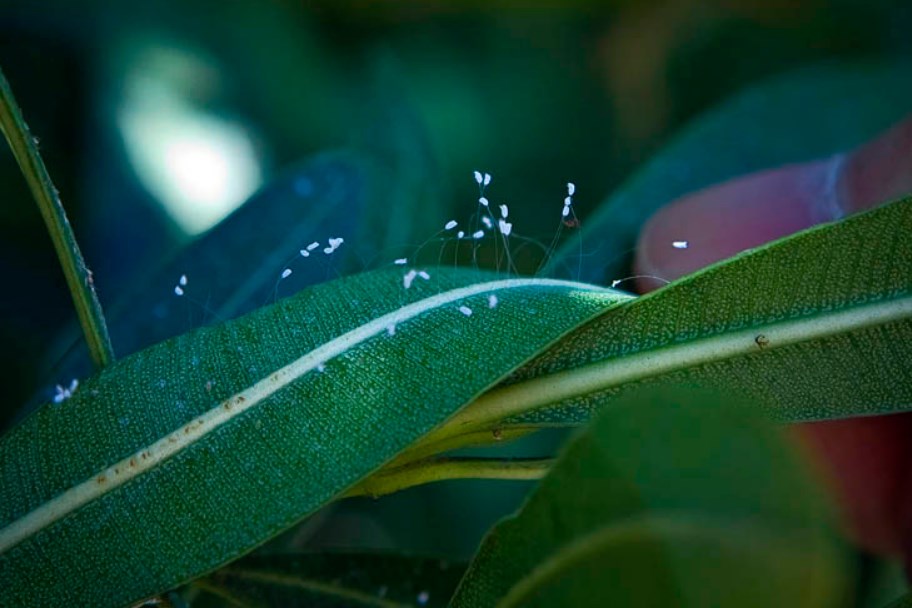 Many people have documented this rare occurrence, but there are also people who say the flowers are the eggs of the green lacewing insect 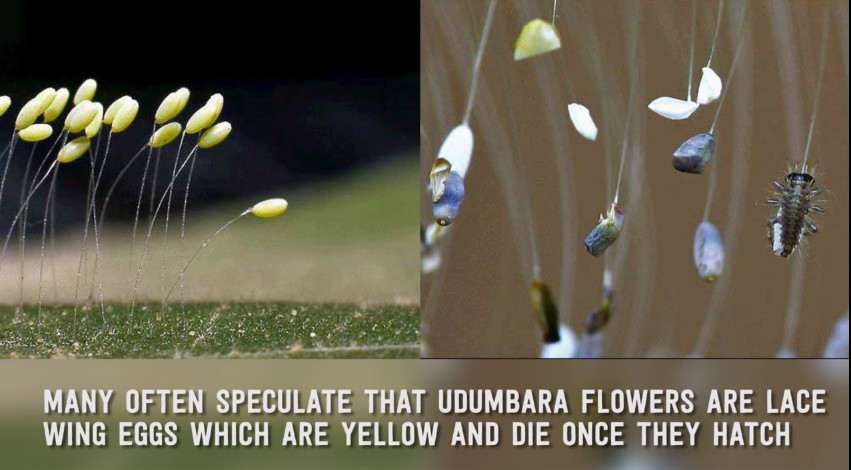 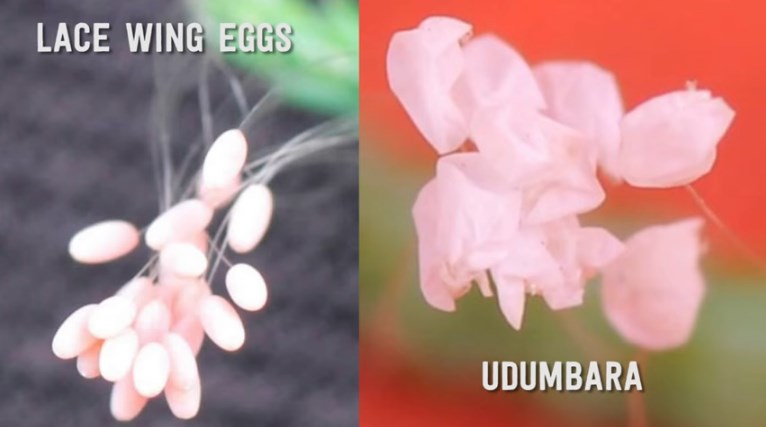 However, the difference between the two is very clear and simple. It’s a well-known science fact that the insect eggs deteriorate and wither once the larvae hatch, but these mystical flowers do not decay for long periods of time; rather, they grow and bloom, eventually spreading their unique fragrance around, and are long-lasting—some udumbara flowers even bloom for up to a year.

A collection of Buddhist sutras, Huilin Yinyi, states this heavenly flower is a sign of rare preciousness and is a miracle: “The udumbara flower is the product of propitious and supernatural phenomena; it is a celestial flower and does not exist in the mundane world. If a Tathagata or the King of the Golden Wheel appears in the human world, this flower will appear due to his great virtue and blessings.”

These “magical” flowers can be found blooming on leaves, windows, fences, metal pipes, and almost anywhere 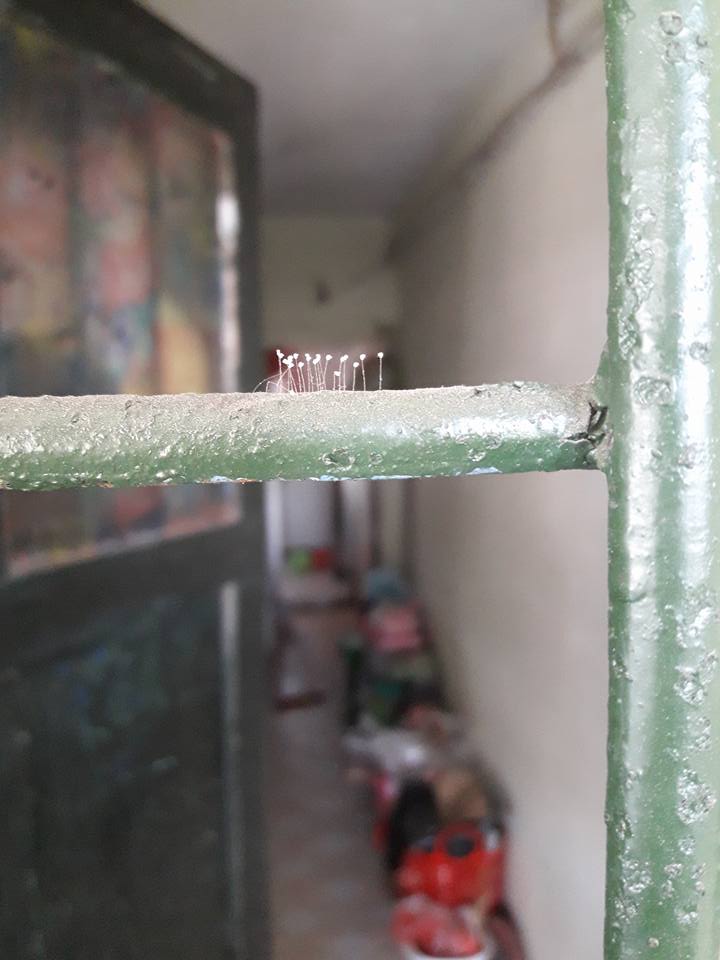 This “strange” phenomenon is indeed thought-provoking—men of science and people of various religions have their own unique opinions about this occurrence. Whatever the case may be, such incredibly rare events do poke our minds to think from fundamentally different perspectives and allow us to broaden the horizon of our mindsets!

Have you seen the precious udumbara blossoming anywhere? If you find these mystic flowers blooming, take a snap and send it to us; we will share it across our fanpages!

Watch the video below to learn more about these incredible flowers: