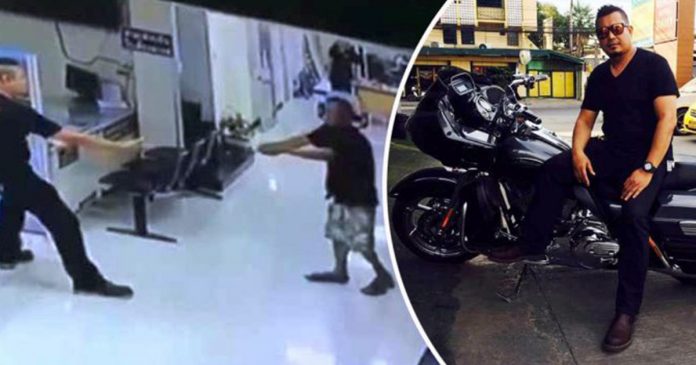 Recently, a viral video showing a Thailand police tackles down an armed man single-handedly went viral on social media. The video which comes from the police station’s CCTV footage obviously shows how professional the police officer handles the dangerous situation.

As can be seen in the CCTV footage, the video starts when a man armed with a knife enters Huay Kwang Police Station which is located in Bangkok. Upon seeing the man entering the station and starts to threat the officers in duty, the police officer, Anirut Malee, does not straight away pull out his pistol. He, however tries to talk with the armed man and requests the man to put down his knife.

The Thai police officer, Anirut Malee, handles the situation calmly even when the man is armed with a knife and threaten to injure the officers in duty 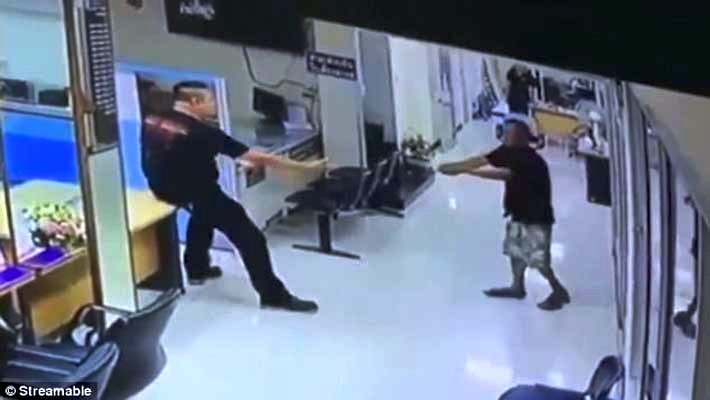 According to DailyMail, Anirut then sit on the edge of a desk, a move to convince the man that he is not going to attack him. He then tries to calm the man down and asks the man to put his knife away.

Seeing the man calms down a bit, Anirut then takes his chance to hug him 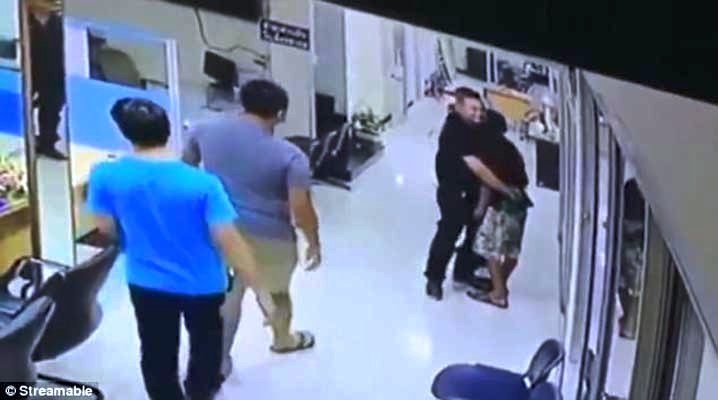 When the man surrenders and gives up his weapon, Anirut approaches him and gives hima tight, long hug. He also throws the knife away from the man. Some of other officers wants to get near to them but Anirut gives a signal to not approach him and the man as the man might be triggered and feels threaten.

“We try to negotiate first,” said Anirut who has an experience of being a police for 23 years. “I could have wrestled him down and taken his knife away, but what if he ended up hurting himself?”

“He used to be a musician but had been working as a security guard for three days and had not been paid. On top of this he had had his guitar stolen and it was all stressing him out,” Anirut told.

“I heard him out and sympathized and said I had a guitar to give him, and suggested we go out for a meal together. We were conversing in Southern Thai dialect.”

The unknown man is then sent to a nearby hospital for a mental evaluation. 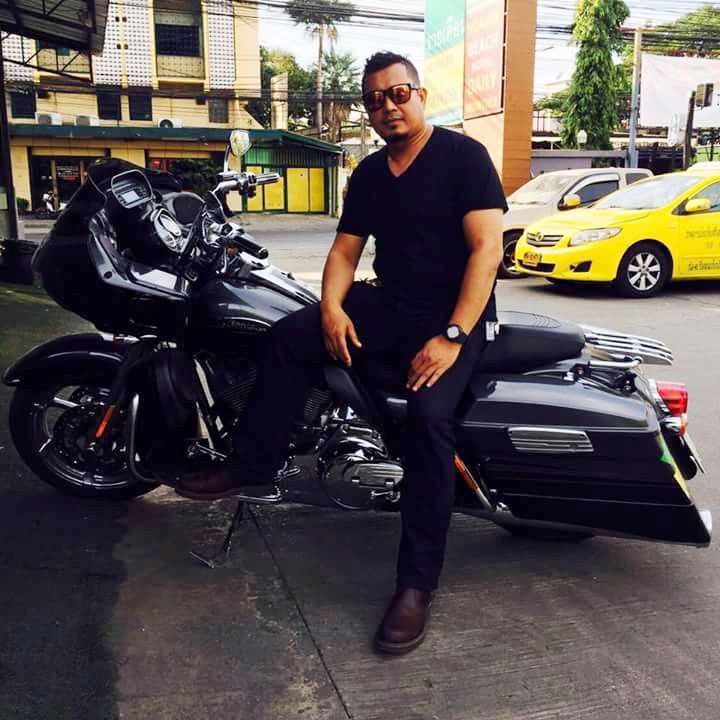 Watch the full video here and see for yourself how this brave police handles the tough situation here.

We believe that the man might have been too stressed out that he resorted to ‘threat’ police officers. Obviously, he will not surpass the strong build officers so it may have been the last thing he could think of. However, we would like to stress the fact that we do not support such act. Be reasonable and get help from responsible authorities if you are in need of help.

Girl dealing with depression asked the co-author of Rick and Morty...