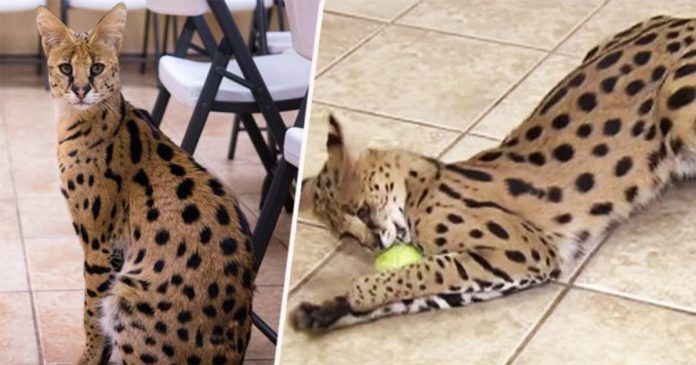 When this large, spotted feline was seen running wild in the streets of Reading, Pennsylvania, at first, people thought it was a cheetah that got loose. After she was captured, they found out what she was, and when nobody came forward to claim her, it was assumed she had been kept as an illegally owned pet. 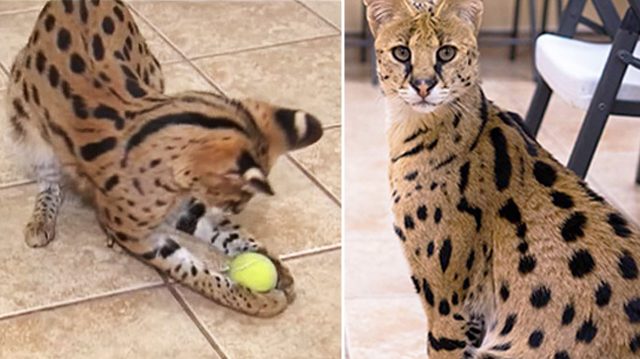 Police were notified, and rescuers were immediately sent out to capture the animal. She wasn’t a cheetah, however, though she was spotted, and she was African. The feline was smaller than a cheetah, though definitely no house cat.

It turns out she was an African serval

To own such a creature, one needs an exotic animal license, but, as no one came for her and there was no record in Berks County for the legal possession of such an animal, it was concluded that she was illegal and most likely had been kept to mate with a house cat; her offspring would produce the Savannah breed, and they arelegal.

The African serval could fetch up to $30,000 on the black market 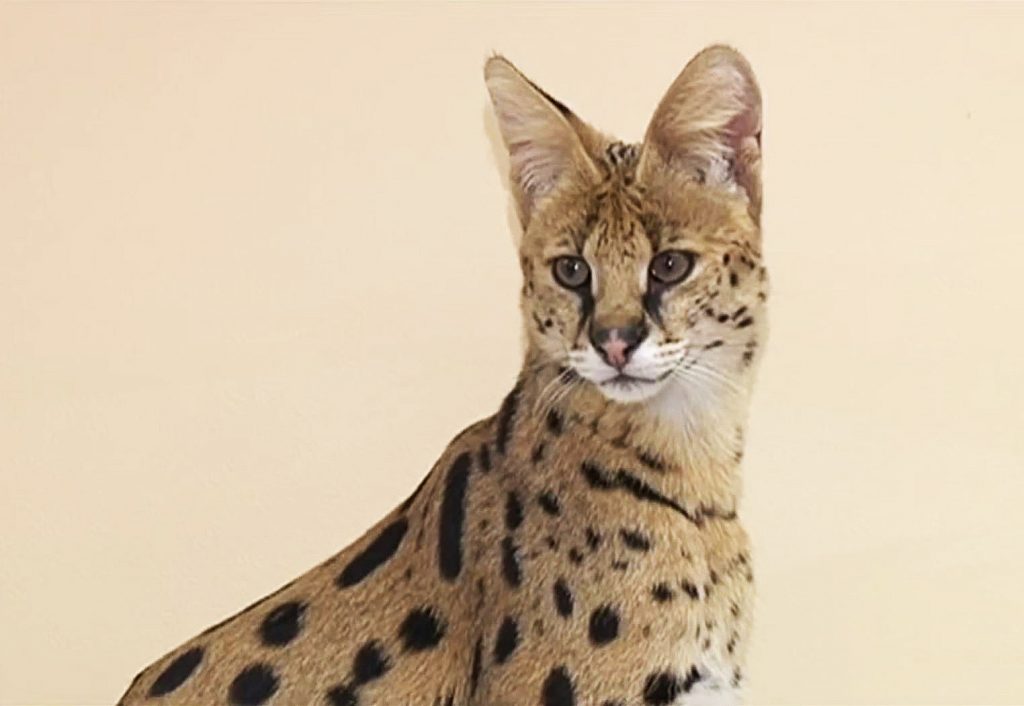 This serval is around 1 to 2 years old and had been declawed. According to the Rescue League’s interim executive, Tom Hubric, she showed signs of domestication. “She kind of behaves like a very aggressive but very friendly domestic cat.”

Joel Ovalle, owner of Exotic Fish & Pets, told WFMZ, “That’s a cat that is not going to live off of Friskies cat food; it’s going to need a meat diet” 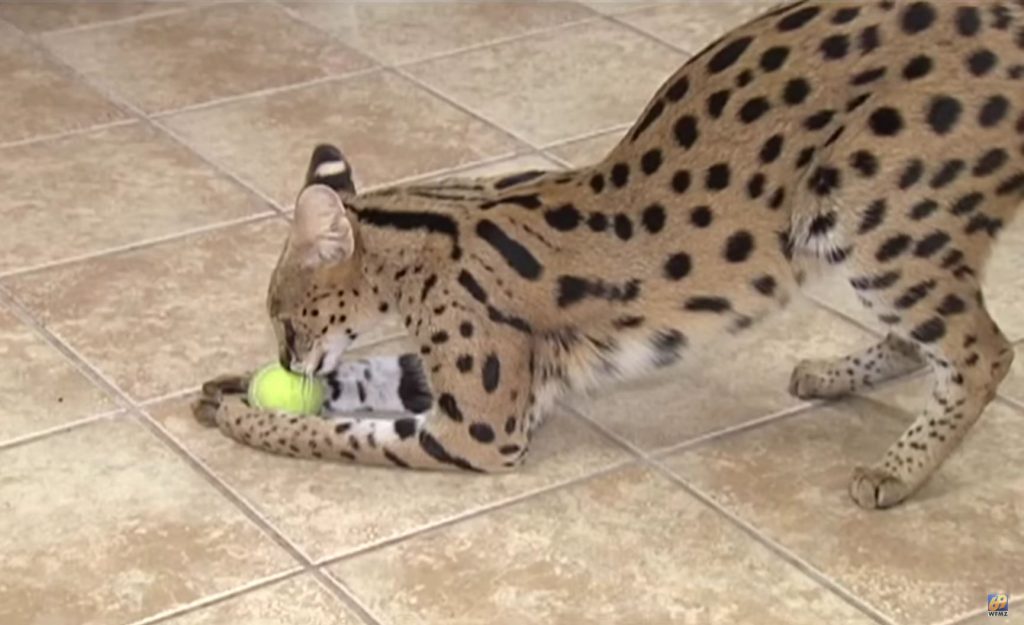 He also stressed his concern about the legalities for owning exotic animals.

The African cat was taken in by the Animal Rescue League of Berks County to a big cat facility where she would be cared for.

Hubric added, “They are going to use her for community outreach and education, to go to schools and various events to promote the importance of why you should not own one of these animals” 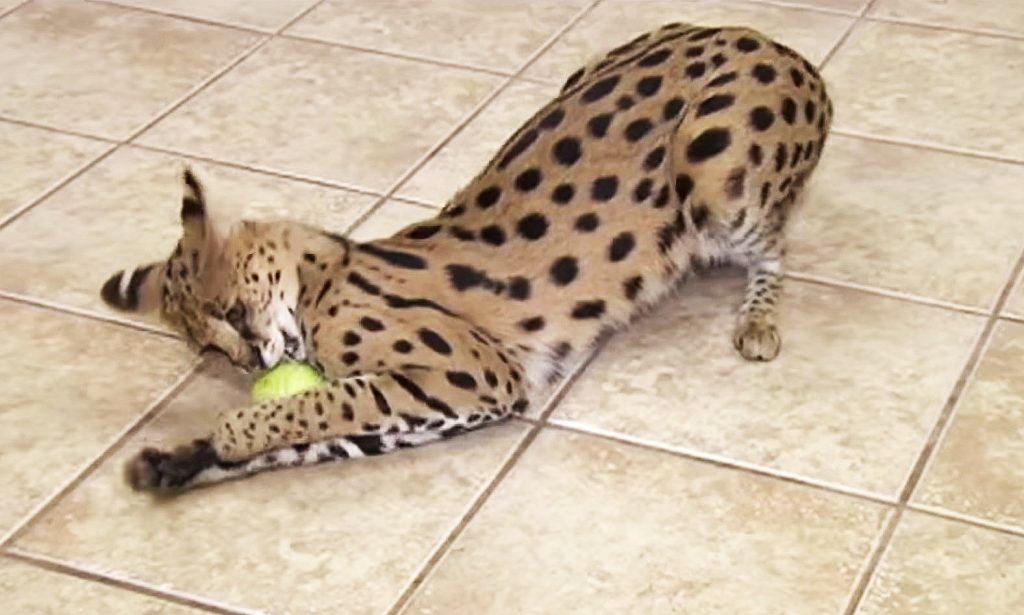 “She is just such a magnificent animal and she has captivated everyone who has seen her,” Hubric said.

Watch the news report in the video below: