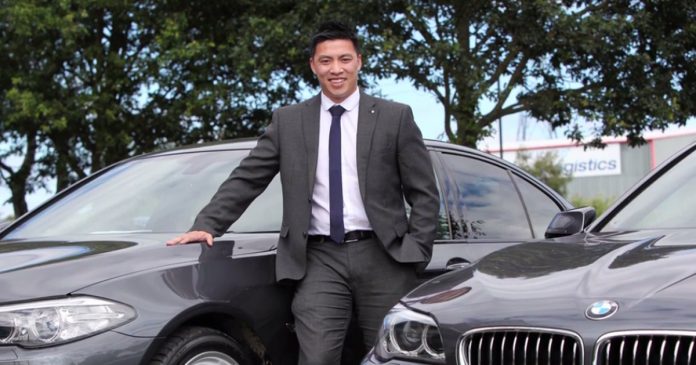 The car salesman has developed a stereotype of being less than trustworthy over the years, and while the cliche might hold true in some instances, definitely doesn’t when it comes to Dang Vuong.

The sales manager at the Stratstone BMW dealership in the northeast of the U.K. became an unexpected hero last year, though he doesn’t think what he did was out of the ordinary. This isn’t a case of going beyond the call of duty, this is someone recognizing another person needed help and making sure they got it.

When Vuong received an unusual phone call on a Sunday afternoon, he didn’t think twice about what he should do. 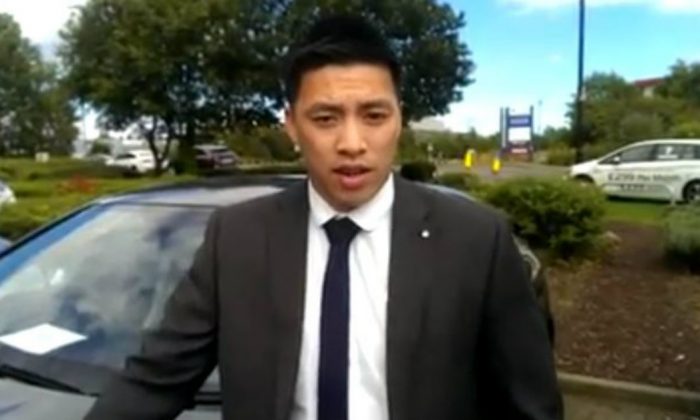 The elderly woman had slipped while getting ready to have a bath. She tried to call her daughter, but made a mistake with the number and called the car dealership instead.

That didn’t matter to Vuong. He told the receptionist to get her address, and to keep her on the line. The call was coming from about two miles away, and Vuong could tell she needed help. He got in his car and drove over to the woman’s house.

“My initial thought was that I needed to help her, and make sure she is OK,” Vuong told Today.com

When he arrived, he realized that the front door was unlocked. He followed the sound of running water into the bathroom and found the tub was almost overflowing, and the woman was lying on the floor. There was blood on her face from where she had cut her mouth.

She was shocked at first when Vuong arrived, but that soon turned to gratefulness when he said he’d come to make sure she was alright.

“I felt like I had to go and help because I couldn’t live with myself if something happened to her and I didn’t even try. If it were my grandparent, how would I feel if she was left alone?” Vuong said.

Vuong turned off the running water, cleaned her wounds, helped her to the couch, and made her a cup of tea

The elderly woman sustained no major injuries; and aside from being a little disoriented, was totally fine. Her family arrived shortly after Vuong was finished making her a cup of tea. The elderly woman’s granddaughter was endlessly grateful for Vuong’s kindness. In a post she later made on Facebook, she thanked him profusely.

“We can’t thank him enough for what he done for her, there really is some caring and thoughtful people out there that don’t get recognized for what the do,” Sarah Tweedy wrote.

The family asked to meet with him the following weekend so that they could thank him properly for being there in a time of need.

Once the family arrived, Vuong returned to work. He had no idea word of his kindness was already spreading

Once the local paper reported on his kind deed, many people thanked Vuong for doing the right thing and making the world a better place. A local pizzeria told him that his next pizza pie was on the house, and countless strangers lavished him with praise and described his behavior as heroic.

Those who know Dang Vuong say they are proud of the way he took action, but aren’t surprised. One former coworker named Ian Wilson told Chronicle Live, “Used to work with Dang – lovely lad and not surprised to hear this. Well done matey.”

“I didn’t think anything of it as I would hope any other human being would have done the exact same thing,” Vuong told Today. “I’ve been brought up to help people, especially my elders.”